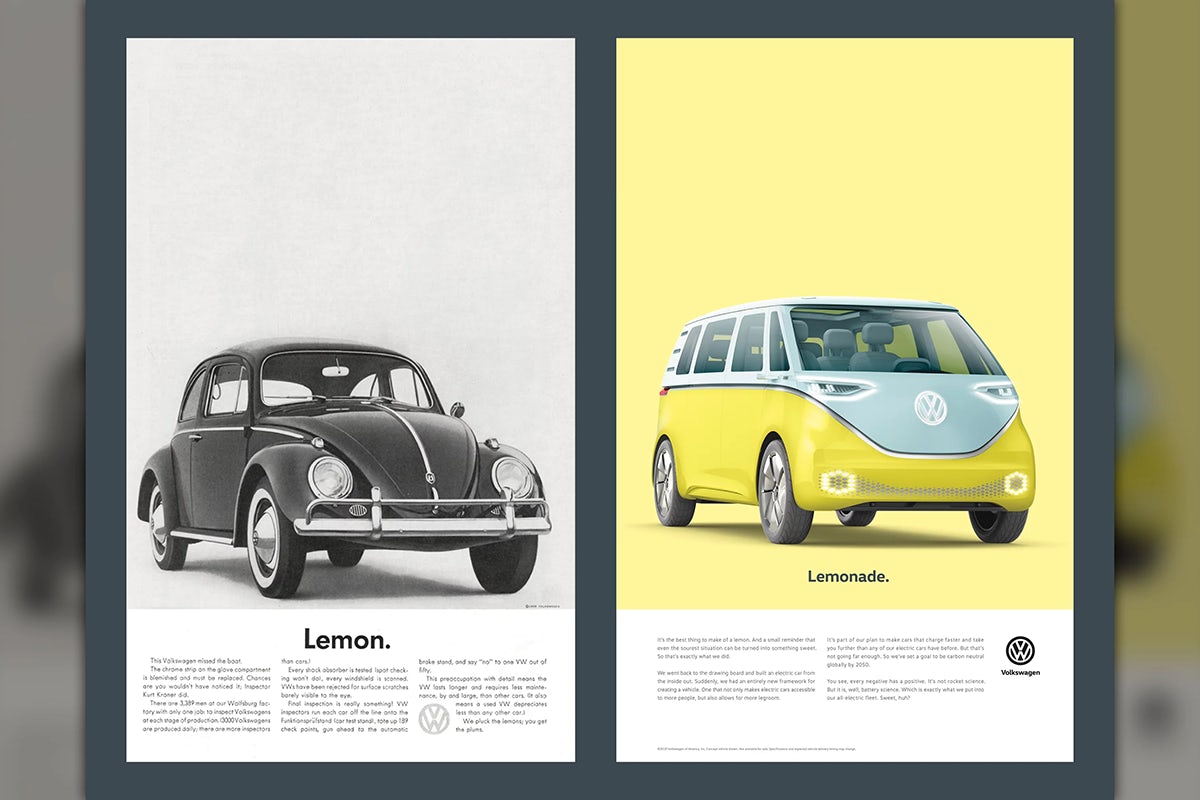 Volkswagen’s journey into electric vehicles has been bumpier than most. Dubbed Dieselgate, in 2015 the US Environmental Protection Agency had found that VW tampered with diesel engines to mask the emissions produced in order to comply with emissions standards. Since the news emerged, VW has struggled to shrug off the legal and reputational damage – so much so, that last month VW revealed that the scandal has cost the company a sickly £25bn.

VW largely avoided alluding to the scandal – at least on a mass scale – but it’s seemingly ready to repent for its sins, as part of a new campaign that sees the company reference its former glory days to project a vision of a promising future. Riffing not just on iconic ads but VW’s best-known vehicles too, at the centre of it all is the Volkswagen ID Buzz, the electric counterpart to the classic VW Campervan, which is expected to be rolled out in 2022. 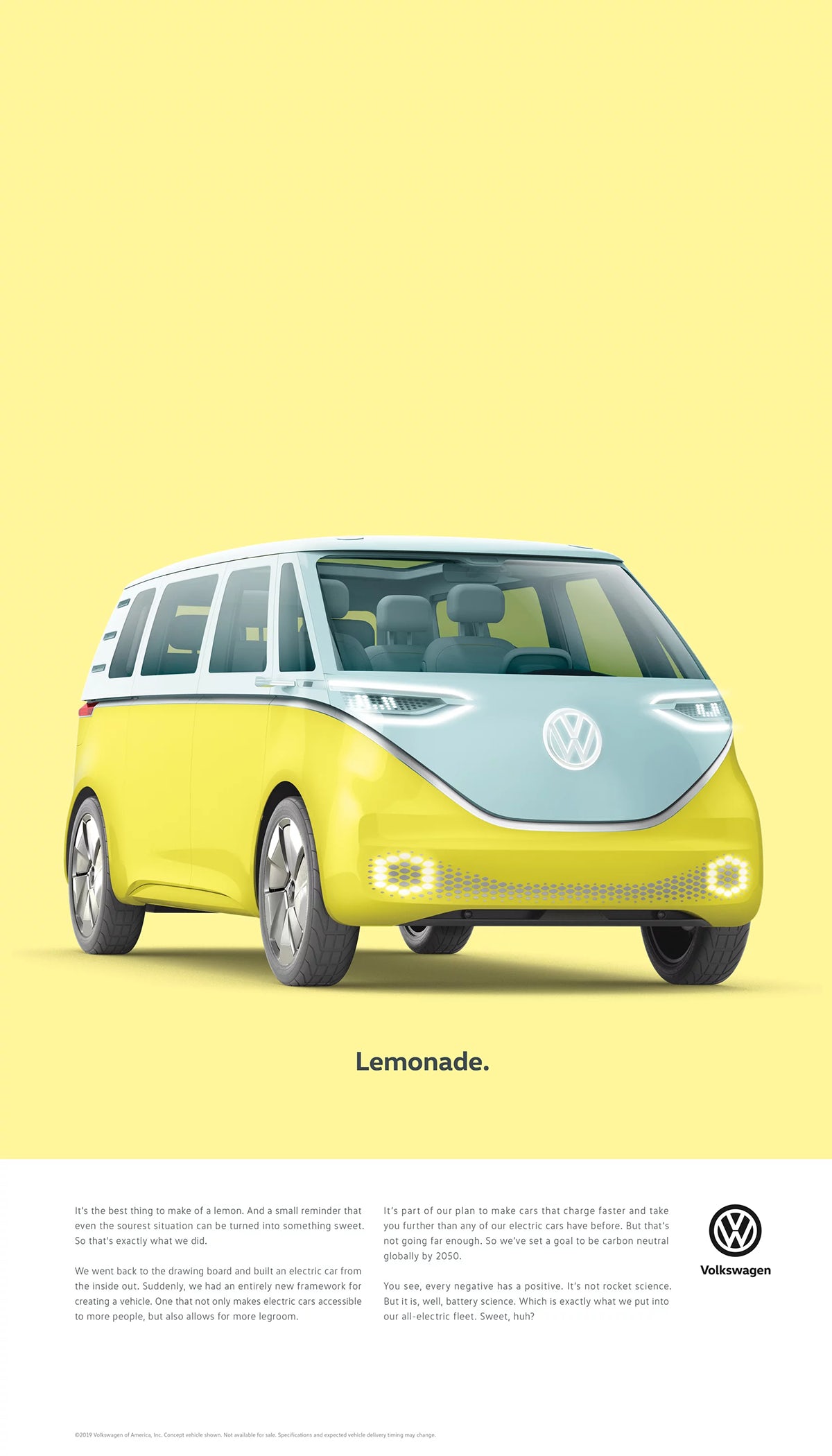 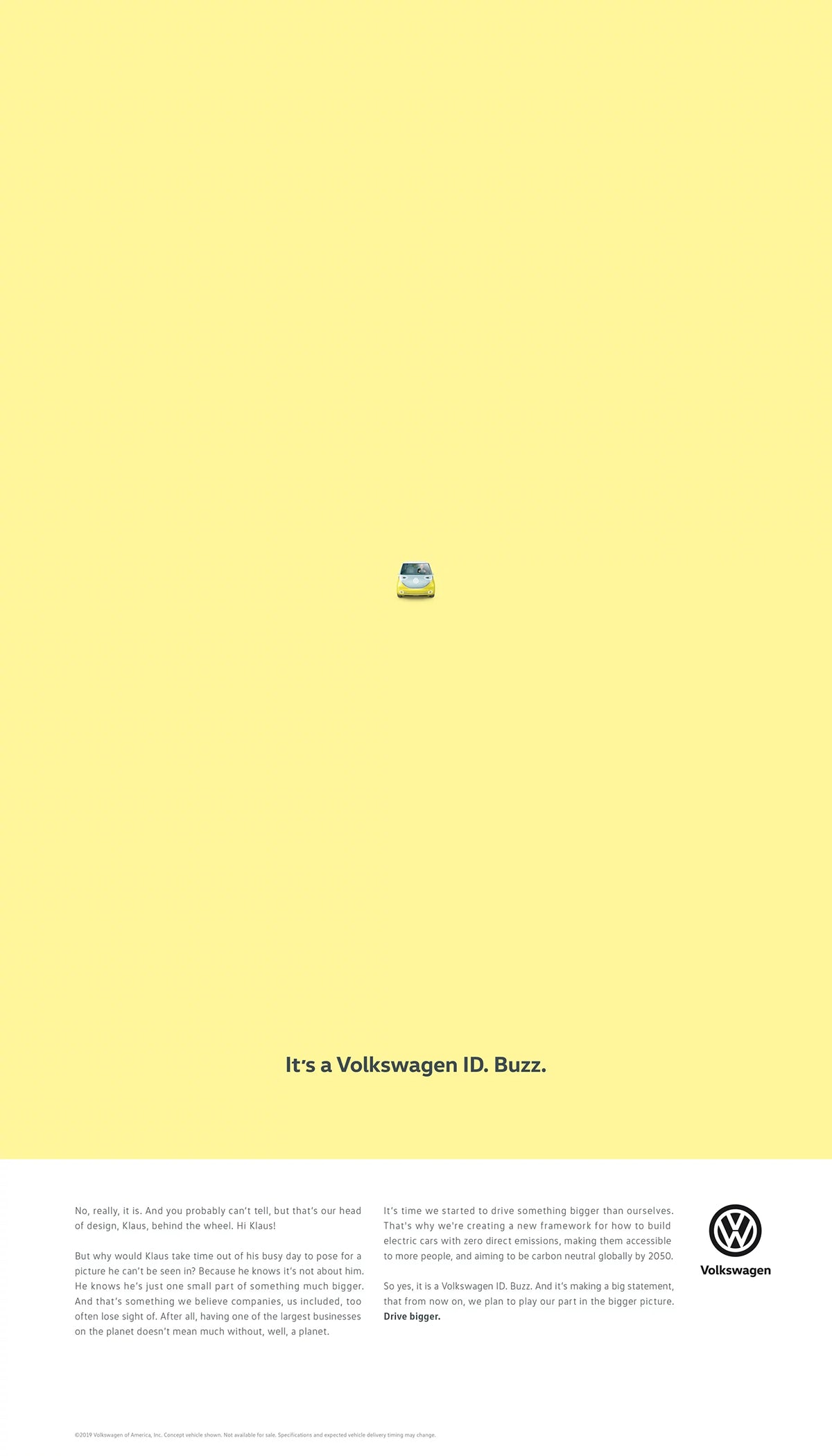 Repurposing ads like Lemon and Think Small, originally created by Doyle Dane Bernbach around the early 1960s, the designs preserve the playful tone used in the originals while putting forward VW’s new stance on sustainability. The campaign is the first by the brand’s newly enlisted US agency Johannes Leonardo, and marks a shift in focus to electric that’s as long overdue as its apology campaign, which comes four years after the scandal broke out.

As part of the effort to make amends with the public and redeem some of its reputation, VW has also released a film directed by Daniel Wolfe of Somesuch showing the car manufacturer going back to the drawing board. Titled Hello Light, the film is soundtracked by Simon and Garfunkel’s The Sound of Silence – an interesting choice given the song is probably more commonly associated with Alfa Romeo than VW, thanks to The Graduate.

On the whole, it does a good job of implying a sense of remorse while giving a nod to a time when VW – or at least the perception of it – was arguably at its most powerful. However, critics are still sceptical over whether it’s enough, particularly in the absence of one five letter word that begins with ‘S’.