The first Wagamama restaurant opened in Bloomsbury, London in 1992 and since then the restaurant chain has brought Asian-inspired food to UK cities, suburbs and beyond. For its new ad campaign Bowl to Soul, Wagamama has teamed up with agency MullenLowe and Passion Animation Studios’ director Mads Broni to create a delicious culinary tour that aims to take the restaurant back to its roots.

Inspired by the Wagamama philosophy that food doesn’t just feed us, but nourishes our soul, the one-minute spot explores the ‘Wagamama experience’ by following the main protagonist as she visits her local branch. As she eats, the ad takes a surprising turn, showing her tumble into an alternative land where she sails on gyoza, listens to a fluttering field of coriander and watches exploding fireworks of spice.

What makes the ad pop is the anime style adopted throughout. “I love anime, and it’s a huge inspiration to my personal style,” Danish director Mads Broni tells CR. “The wonderful thing about anime is the contrasts. There is rarely a middle ground. The lowest of lows and the highest of highs.” For Broni, anime is all about playing with extremes, which ultimately provides the opportunity to make the most out of the everyday, both visually and emotionally. “It’s just simply so intense and fully committed in everything that it does,” says the director.

Anime has existed for over a century, and Broni has been careful to respect this heritage by making certain stylistic choices in the ad. “Traditionally, Japanese animation studios were pioneers of many limited animation techniques which have given it a very iconic set of conventions. Unlike western animation, where the focus is on movement, anime is much more focused on the quality of the art which makes up for the time spent on the motion itself. That’s why the frames per second is often lower in anime compared to western animation,” explains Broni.

“Besides the techniques themselves, one of the most iconic traits of anime is the characters and their body proportions, which accurately reflect that of real life. However, when it comes to the face it deviates drastically from reality with exaggerated eye size, which helps convey specific emotions more clearly.” Despite these trademarks, Broni is keen to highlight that there are many different kinds of anime. “There is not one right way to do it,” he says. “For instance, Ghibli is anime, but is clearly very different from the works of Makoto Shinkai.” 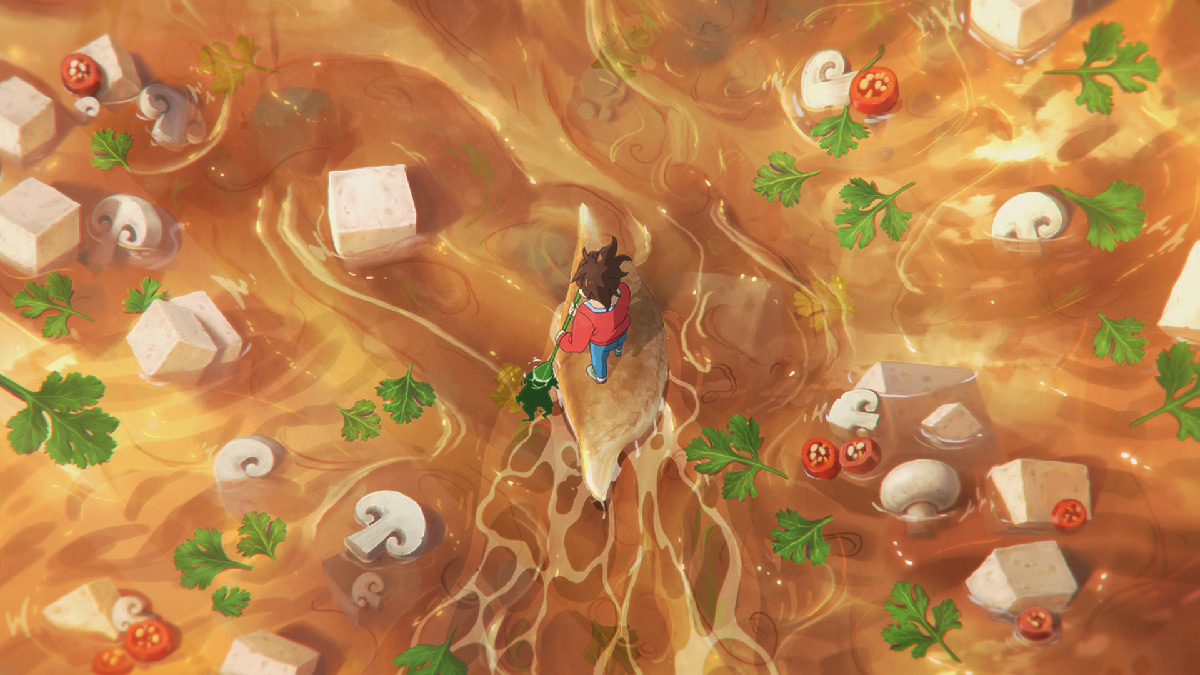 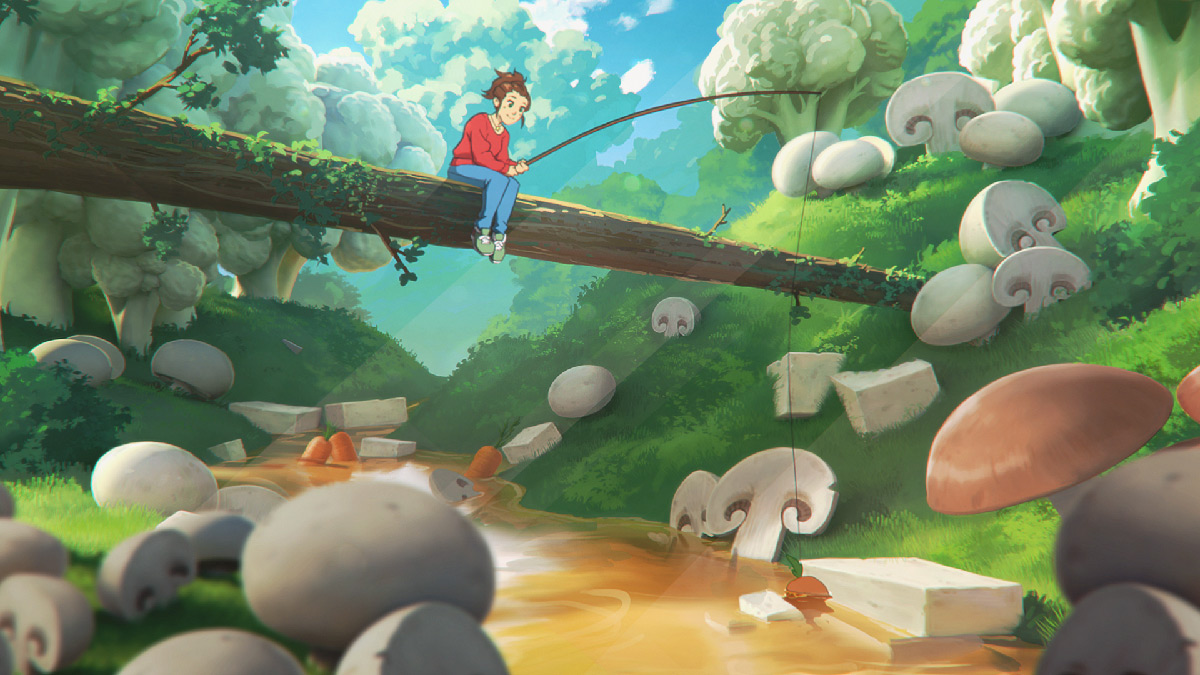 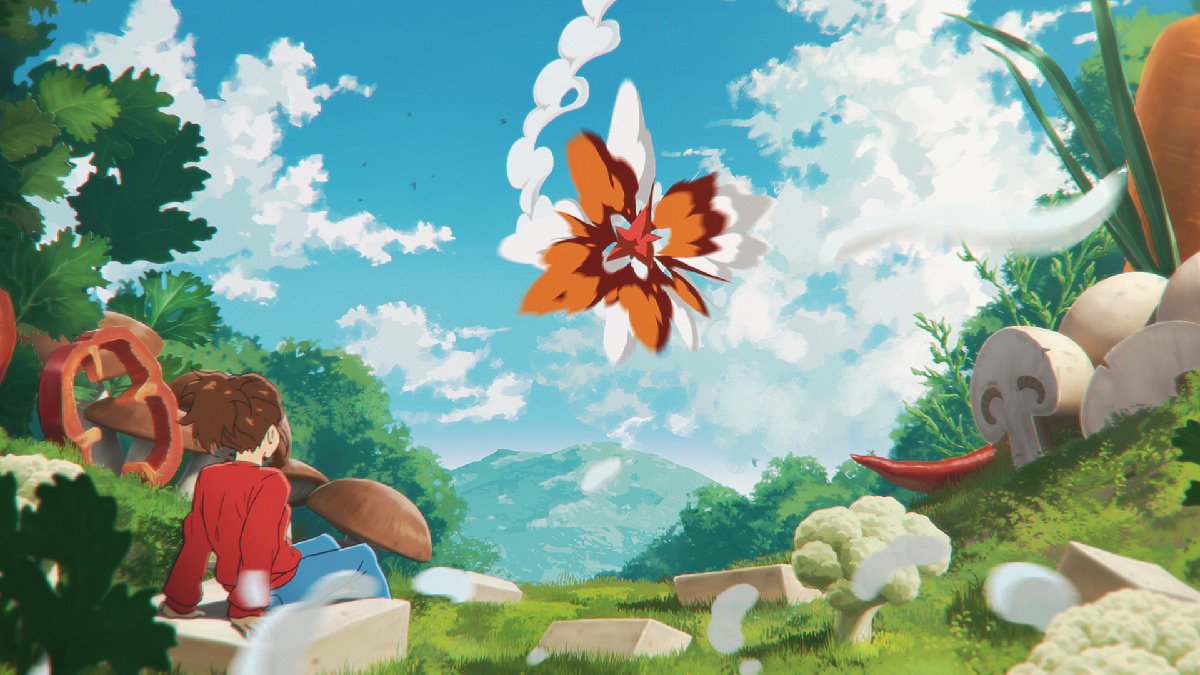 Broni initially wanted to experiment with 3D and projection mapping to create the ad, but eventually went down a more traditional route of adding the character animation on top of the artwork itself. “To help bring everything to life and give a sense of depth, we cut the backgrounds into pieces and created parallax and subtle camera movements throughout the whole animation,” he explains. “The background artwork was created in Photoshop, the character animations in TVpaint and everything was put together inside of AfterEffects.”

With teams in Europe and Japan it meant communication and patience was key. “One of the biggest challenges was waiting so long to actually see the final look of the animation.” says Broni. “Traditional 2D animation and detailed background artwork such as this is very time consuming, and it wasn’t until very late in the process that we were able to combine the two.”

These restraints, with the whole production team working offsite, were something Broni eventually saw as a strength. “It could have been an issue, but it ended up being a blessing as everyone here in Europe would wake up to freshly made 2D character animation from our team in Japan,” he says. “Personally, I loved seeing how well the character animation and background artwork blends together. The backgrounds are rendered much higher and with a more realistic shading, whereas the character animations are more stylised and outlined. You’d think that there would be a disconnect once you try to merge the two due to the difference in detail and light, but with anime it just simply works.” 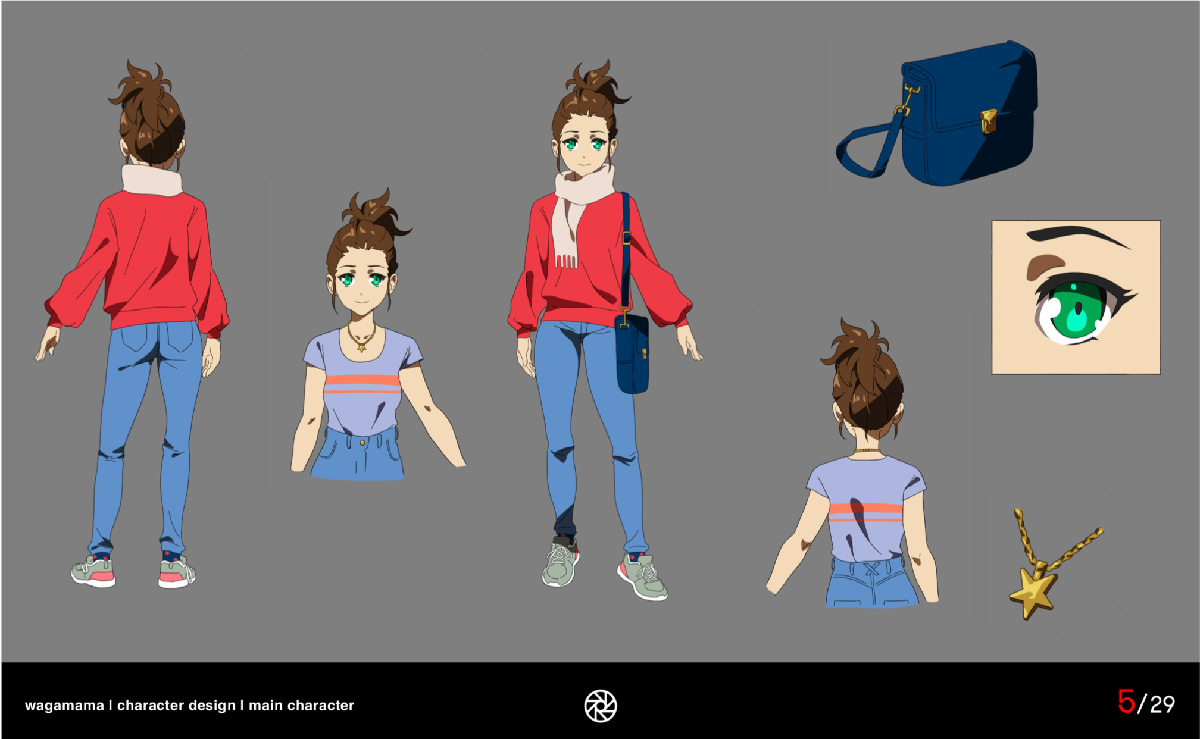 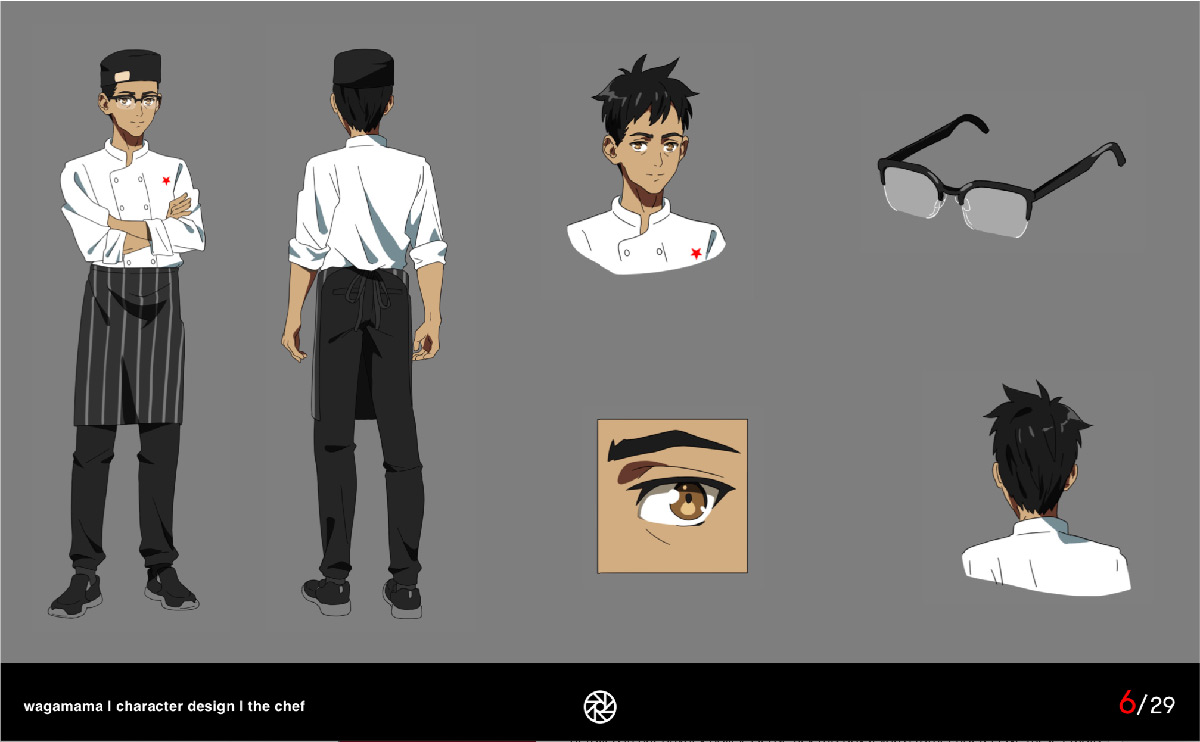 While respecting the craft of anime, it was important the ad felt current and relevant to the UK audience it’s aimed at so Broni wanted the Wagamama experience to be as authentic as possible. “It takes place in London, specifically inside of an actual branch of Wagamama in Old Street,” says Broni. “Not only are the location and the iconic look and feel of London and Wagamama captured, but also the process of preparing the food is based on how it’s done in reality.”

The restaurant chain isn’t the only brand embracing the anime for its ads, as just last week Apple Japan adopted it for its Behind the Mac campaign, and big brands like ASOS and Adidas have also been drawn to the beauty and detail that can be achieved through the style.