We all know what a re-record is, right? They call it a cover version in music land. But for the uninitiated, it’s when you take an existing piece of music and make a new master recording.

Let’s use ‘I want to hold your hand’ by the Beatles as an example. Imagine you want to commission a wispy, emotional, female vocal version – this is a new recording, a ‘re-record’.

The creators of the re-record will own that new recording, but the underlying song will belong to John Lennon (or his estate) and Paul McCartney, at least for the life of the copyright (until 75 years after McCartney dies). The  song then enters the public domain, and in theory anyone will be able to use it on anything, for free, although this is different in the US.

But back to wispy, emotional female voices. You have to pay for the rights to use the song and the sync fee – and with a band like the Beatles, it is very expensive (it would be even more expensive to use the original, though). Interestingly, the Beatles tend to prefer a re-record, presumably to protect their legacy and not sully their art with an automobile or filthy toilet-cleaning product.

So, what’s the difference between a sound-alike and a re-record? A sound-alike is when you attempt to sound like a song that you do not want to pay for – a rip-off, in other words.

For example, if you wanted to avoid the Beatles’ whopping sync fees and write a chirpy little ditty with a harmonica melody intro called ‘I want to hold your ears’, and change a chord here and there, then suddenly it is not the Beatles anymore.

There are several reasons why this is a bad idea, but here are the main ones:

4. Plagiarism is really not creative.

You should just say no to sound-alikes.

Recording a pastiche, on the other hand, means you honour the original, you pay for the publishing rights (£200,000 and upwards – or millions for the Beatles) and, if permitted by the writer, have some fun, change the lyrics, play it on a toy piano, get the children’s choir in, or bring out the banjo and dulcimer. You could even get a symphony orchestra to do some thunder bolts and lightning, very very frightening bits.

Some artists and writers will not allow re-records of their work. Some will not let you use the original recording because they want you to use their own re-record. They do this to avoid sharing sync fees with their former record company charges. 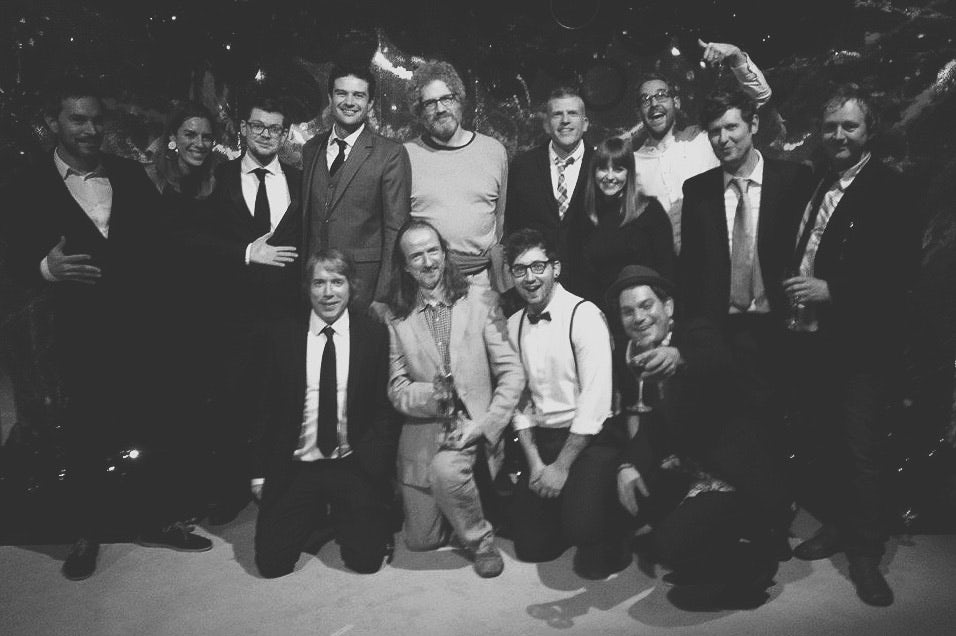 A good example of a pastiche is the recent Lucky Generals Paddy Power campaign. Five ads, five different songs, all with new lyrics. The sync licences for publishing had been negotiated in advance so the first task was to decide whether to create a totally different arrangement or remain true to the original by using the same band set-up and replicating the general sound of the original.

Next, the lyrics. Would they scan suitably across the music, rhythmically working in the same way as the originals did? In the case of Ed and Lewis’s scripts, they worked perfectly.

The next task was to time them out, cutting down the songs from their original length to make them fit into their respective 30” and 60” time frames. This was a process of editing and careful negotiation as the lyrics had already been approved by the client.

Telling the same story but with fewer lines and still fitting into the framework of the original song was a tricky business, with many mugs of tea and some expert a cappella performances involved.

When the rewrites were done and approved, pre-prod for the shoot done and actors cast, we then needed to find out whether the actors could actually sing.We were keen to have them sing their own parts rather than replace them with session singers.

But a director naturally casts for performance over singing ability. Chances were they were not going to be as gifted in the vocal department as in performance but they still needed to understand rhythm, timing and know the song well enough that they could sing in time with the demo while giving their best overall performance.

Leave almost any singer unaccompanied and their timing will waiver – ask a non-singing actor to do it and they will end up in a different time zone by the end of 60”.

We were there on the shoot to help guide, cajole and encourage when the actors decided to
start singing their own interpretations of the songs. The crucial thing was timing. If they were out of time with the demo the lip sync would not work and it would have looked like a bad 1980s film dub.

With fading light and a shot list as long as the producer’s arm, being the guy that says “although that take was amazing, they were singing out of time” makes you not very popular.