Petrol stations today are rarely a thing of beauty. Most have the same utilitarian design: a squat single storey building, a sheltered forecourt and a tall sign visible from a distance – a formula that originated in the US in the 1920s and has since been replicated all over the world. These buildings are a staple feature of towns, cities and rural landscapes – most of the time, we pass them by without a second thought.

But a new book from Gestalten looks back to a time when gas stations were a novel invention. It’s a Gas! The Allure of the Gas Station charts the petrol station’s evolution from a rarity to a common roadside sight. It also compiles photographs of beautiful and unusual gas stations dreamt up by leading architects and designers – designs that put the average Shell garage to shame.

The book begins with a look at the first ever petrol station in Germany. It goes on to look at the arrival of petrol stations in remote locations in the mid 1900s and the ‘golden age’ of gas station design in 1950s and 60s America (a time when pumps were manned by attendants in matching jumpsuits and gloves). In an introduction to the book, comedian, presenter and car enthusiast Jay Leno recalls thinking of a trip to the gas station as an exciting adventure – a chance to marvel at the cars and the often-futuristic or extravagant buildings.

Designs featured in the book range from weird to wonderful. There’s an image of a mock Tudor Shell petrol station in Hertfordshire, Frank Lloyd Wright’s concept for a gas station in Buffalo (it was never built, but you can see a life-sized model at the city’s Transportation Museum) and a sleek white tiled design with a circular roof in Copenhagen dreamt up by furniture designer Arne Jacobsen in 1936. There’s even a Texas petrol station in the shape of a Stetson.

There are images of run-down gas stations in ghost towns – their peeling walls and faded signs a reminder of a more prosperous past – and futuristic concepts that look as if they belong in some alternate future world. The book also features a varied collection of pump designs (now a sought-after collector’s item).

Gas stations were once considered a symbol of modernity, affluence and progress. A set of colour postcards featured in the book are a charming reminder of a time when these buildings were destinations in their own right – when people would send pictures of them to their nearest and dearest.

The book features some fascinating designs, including some inventive and in some cases downright bonkers alternatives to the unremarkable buildings that have become commonplace in many corners of the world. 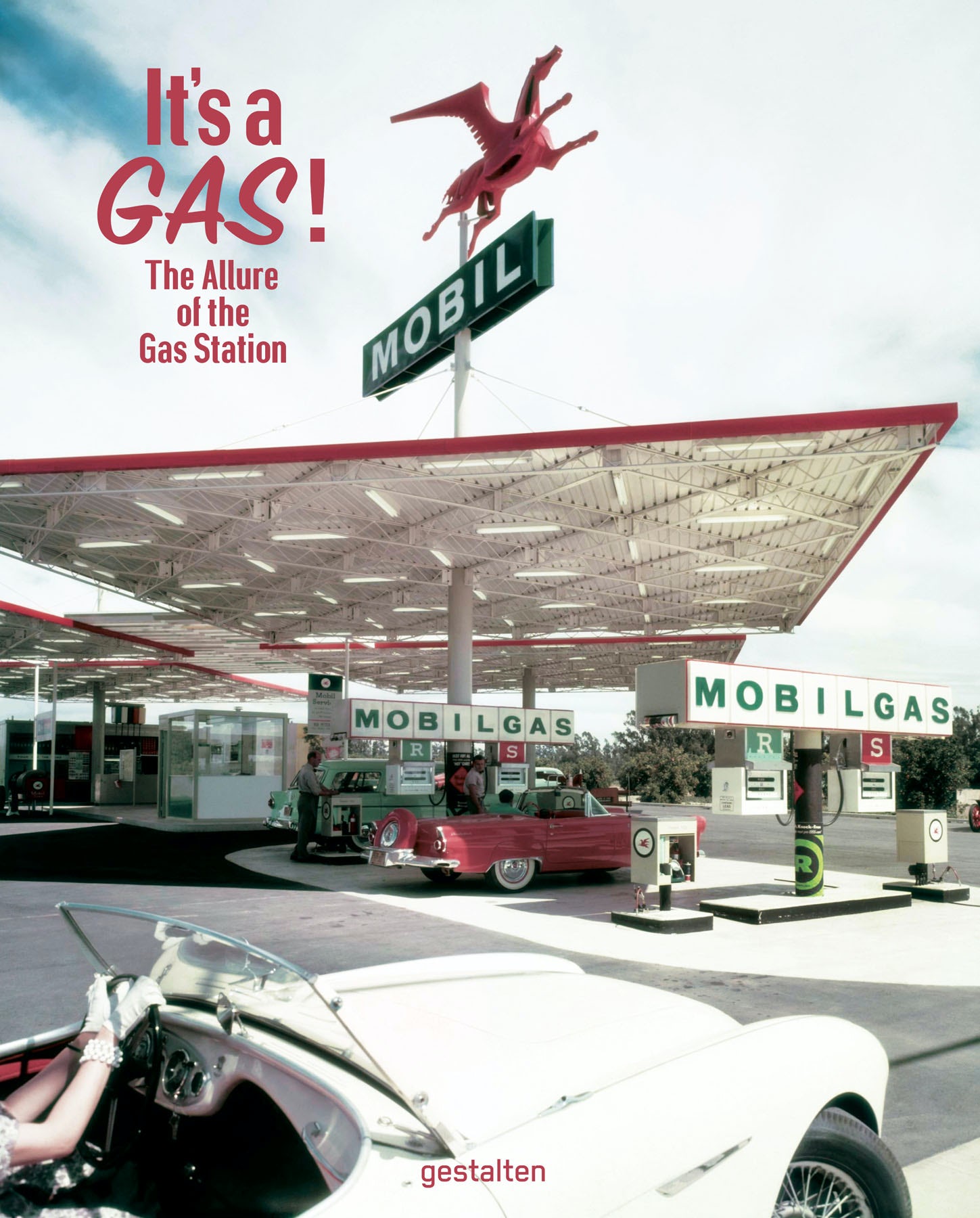 It’s a Gas! The Allure of the Gas Station is published by Gestalten and costs £40. You can order copies here.