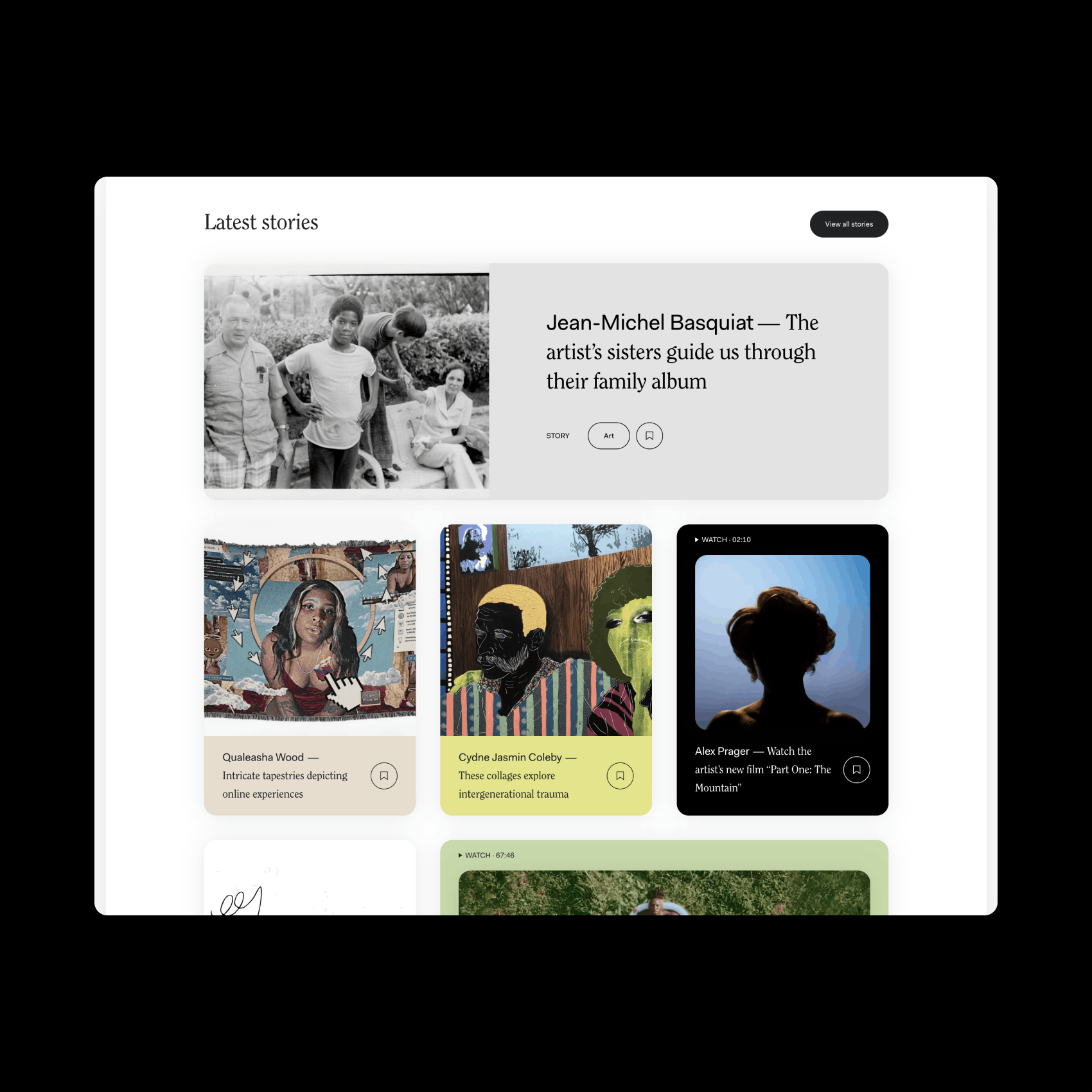 It’s been four years since file sharing and productivity service WeTransfer launched its digital arts platform WePresent, and in that time it has become a solid destination for editorial and creative content. Where it has had particular cultural cut-through is in producing and commissioning projects that resonate in the worlds of art, film, and music. Among its success stories are Riz Ahmed’s potent Oscar-winning short film project, The Long Goodbye, and original audiovisual content created in collaboration with FKA twigs, Little Simz and, most recently, Moses Sumney.

As its presence continues to grow, WePresent has launched a refreshed interface and experience design led by creative agency Bureau for Visual Affairs. The new design puts hero imagery front and centre, while the modular layout adds variety to lengthy catalogues of content. Other new touches include playful button icons and text that changes depending on where the cursor is hovered. 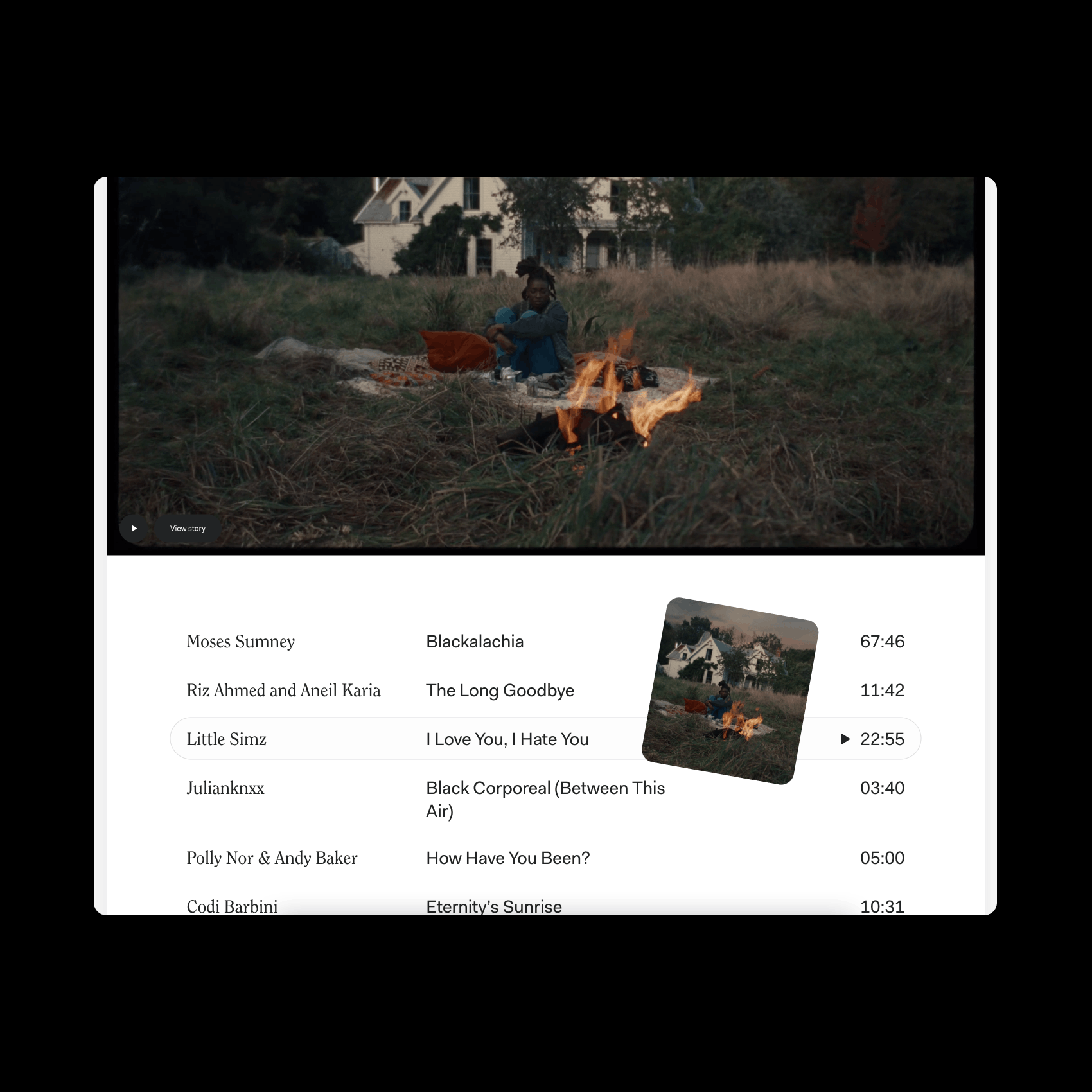 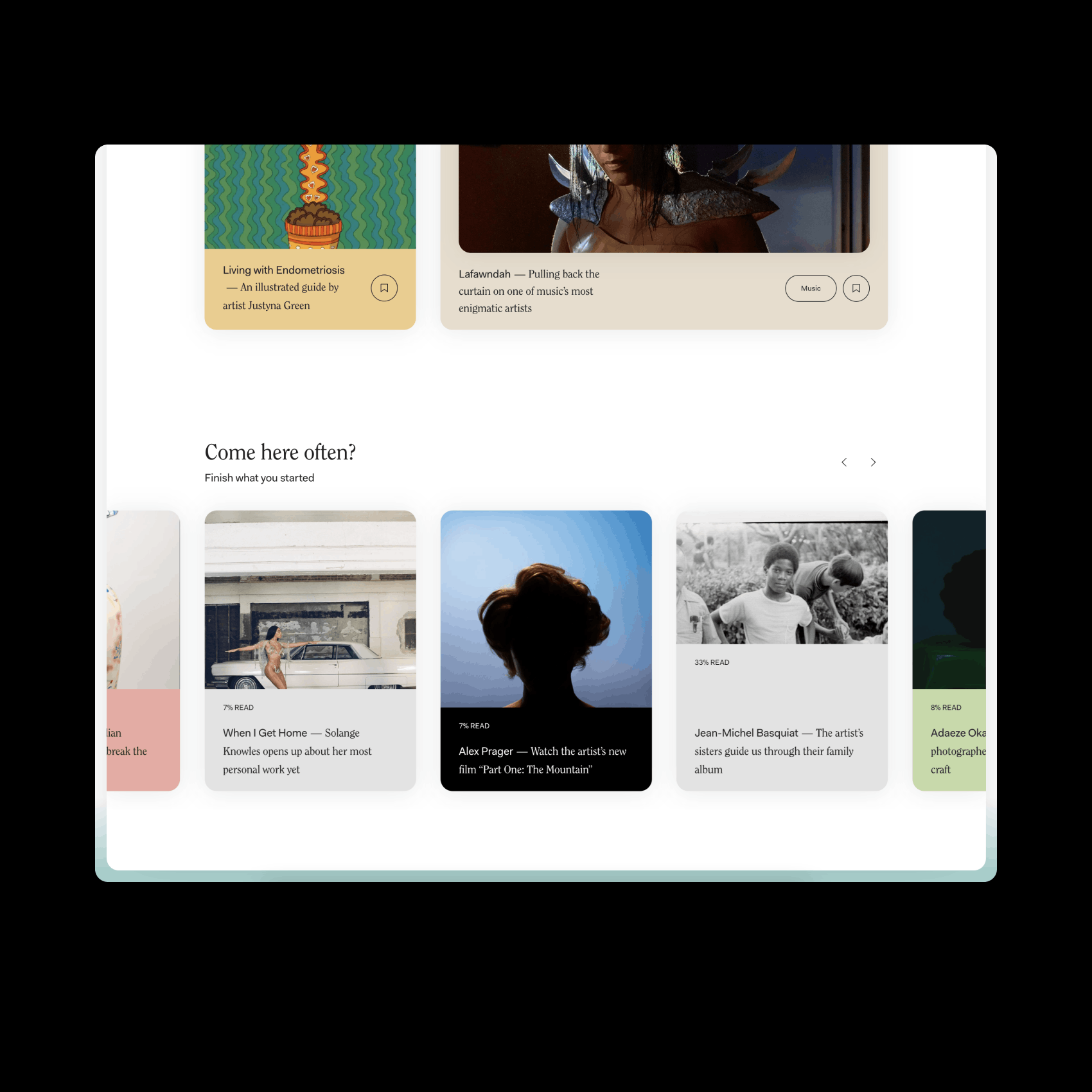 Above all the redesign aims to diversify the way people can engage with WePresent and allow “the audience to take control of their own experience”, according to WeTransfer.

New features include a highlight reel facilitating on-the-go reading, and an audio player for long-reads – a design element that is becoming increasingly ubiquitous, both for accessibility reasons and as an avenue into audio content at a time when podcasts remain hugely popular. Film playlists have also been introduced, while the new reading list function is designed to let people easily bookmark and resume stories, acting in some ways like a browser within a browser.

Other features tap into WePresent’s aim to connect creative communities, namely through its new look directories housing artist pages and events, the latter coming this spring. The events directory is set to encompass workshops, screenings, podcasts, and exhibitions taking place virtually and physically – highlighting an arm of the platform that, despite its close involvement in supporting events, has been somewhat lost in the ether up until now.

The redesign coincides with the launch of an extensive collaboration with creative juggernaut Solange Knowles, whose practice straddles music, performance, curation and art direction, and who last year evolved her online platform Saint Heron into a fully-fledged creative studio.

Following in the footsteps of WePresent’s previous guest curator, performance and concept artist Marina Abramović, Solange will oversee a year-long programme of arts content, including a digital exhibition and accompanying features zeroing in on four artists from around the world: Dozie Kanu, Elliott Jerome Brown Jr, Autumn Knight and Jacolby Satterwhite. The programme is being unveiled in three stages, with part two launching this summer and part three in autumn.

Also launching with the redesign is newly commissioned work by emerging and established creative talent. Ai Weiwei makes the latest contribution to WePresent’s A Manifesto By series, while author Megan Nolan’s new essay Ways of Seeing, drawing on John Berger’s seminal body of work of the same name, is being published as part of the platform’s commissioned writing series, Literally. 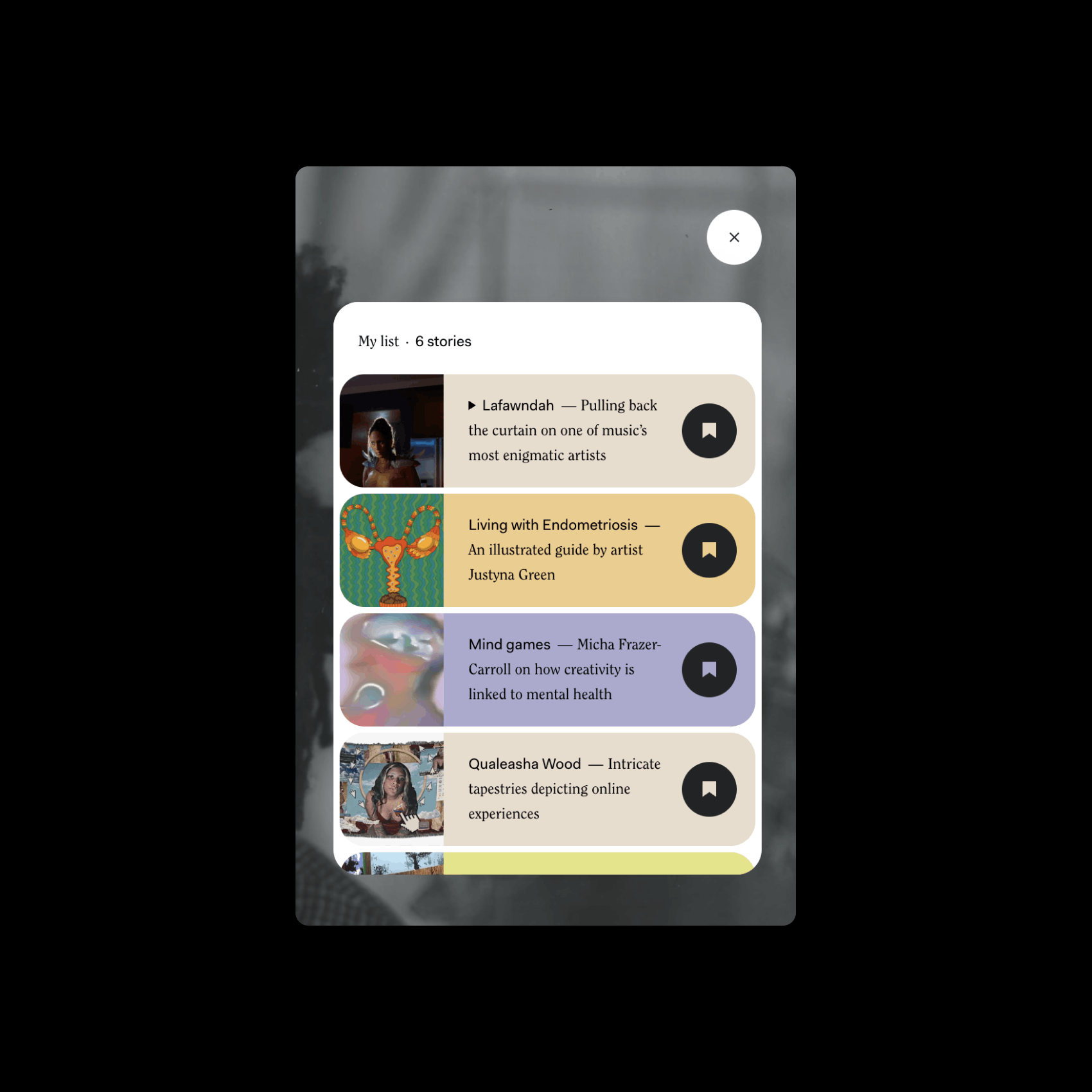 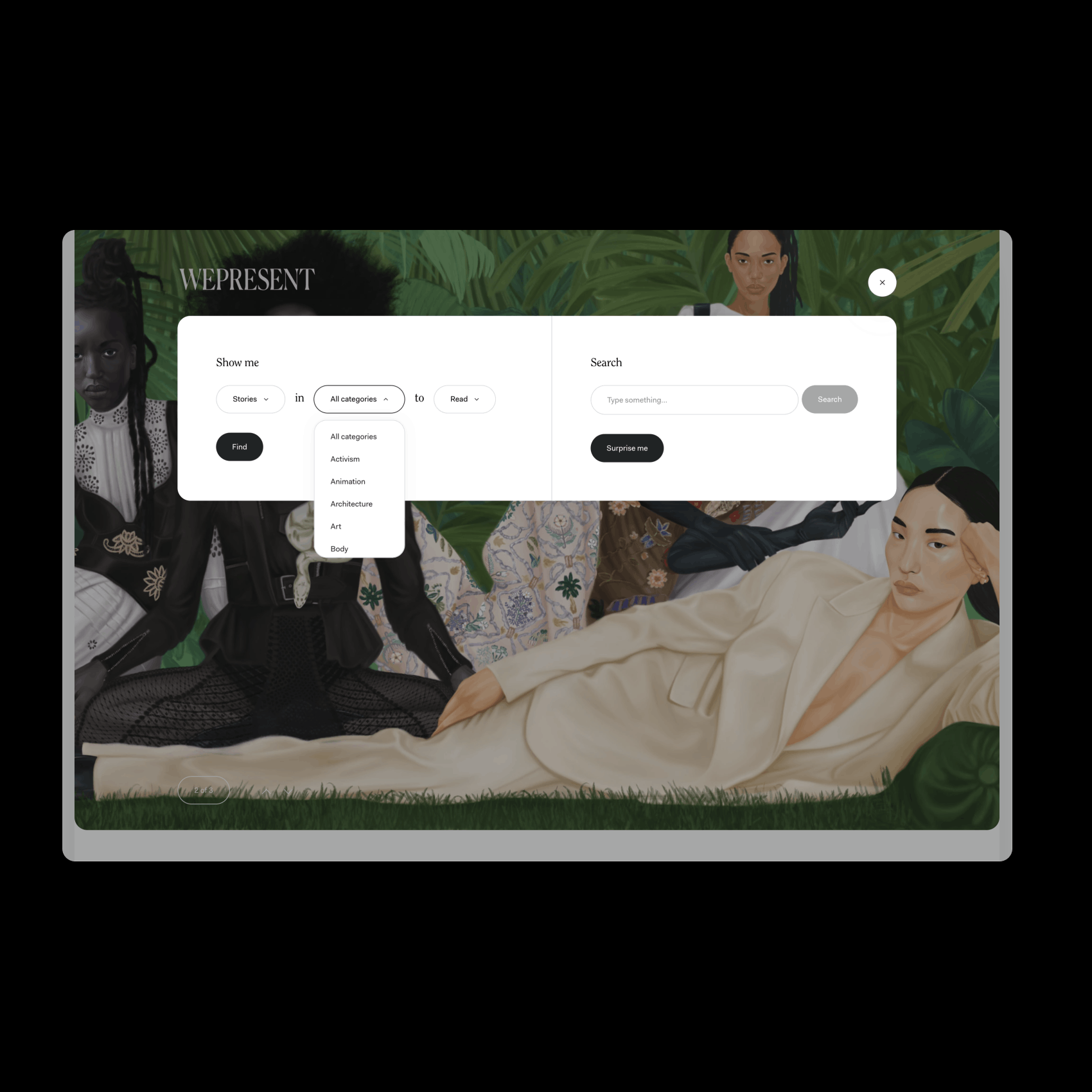 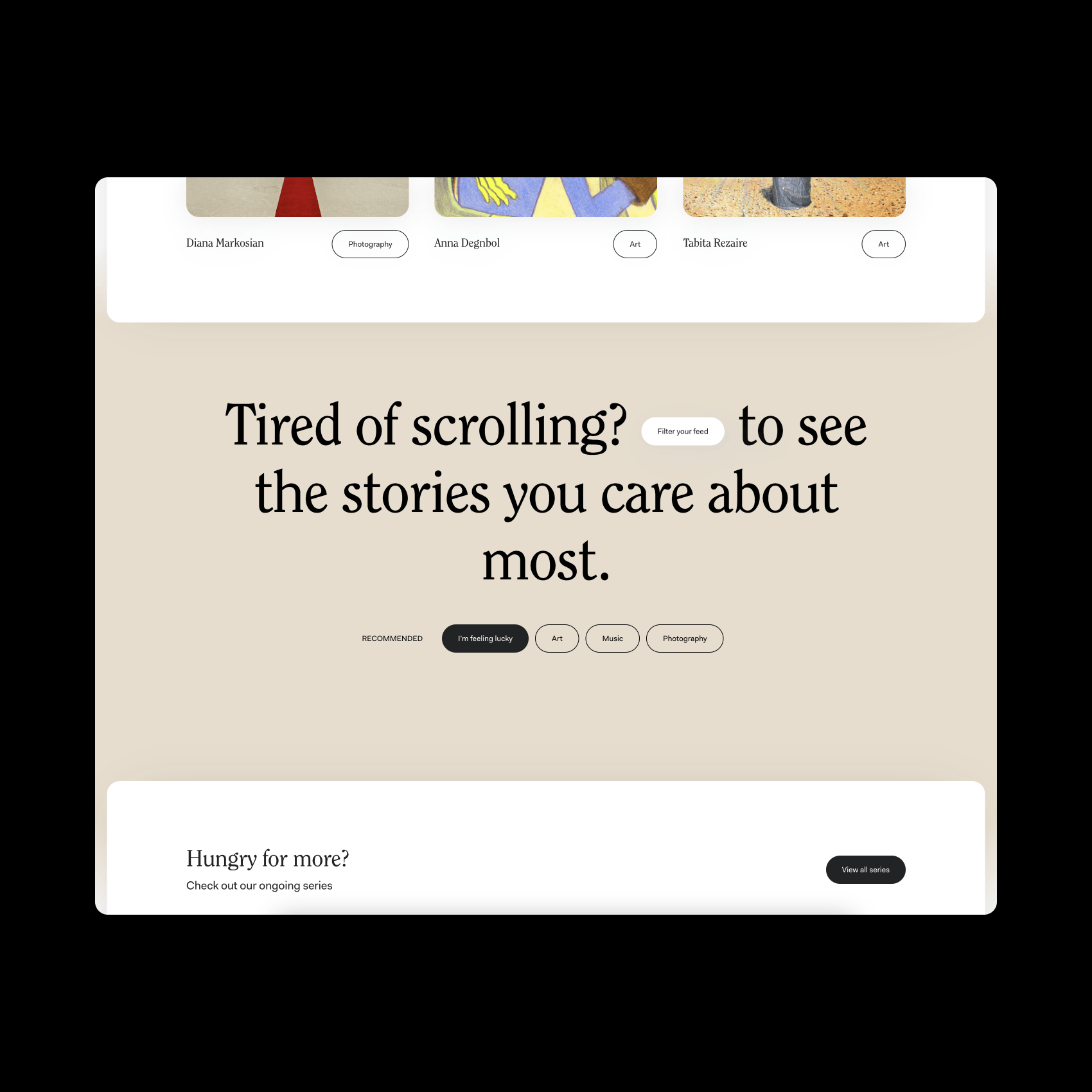 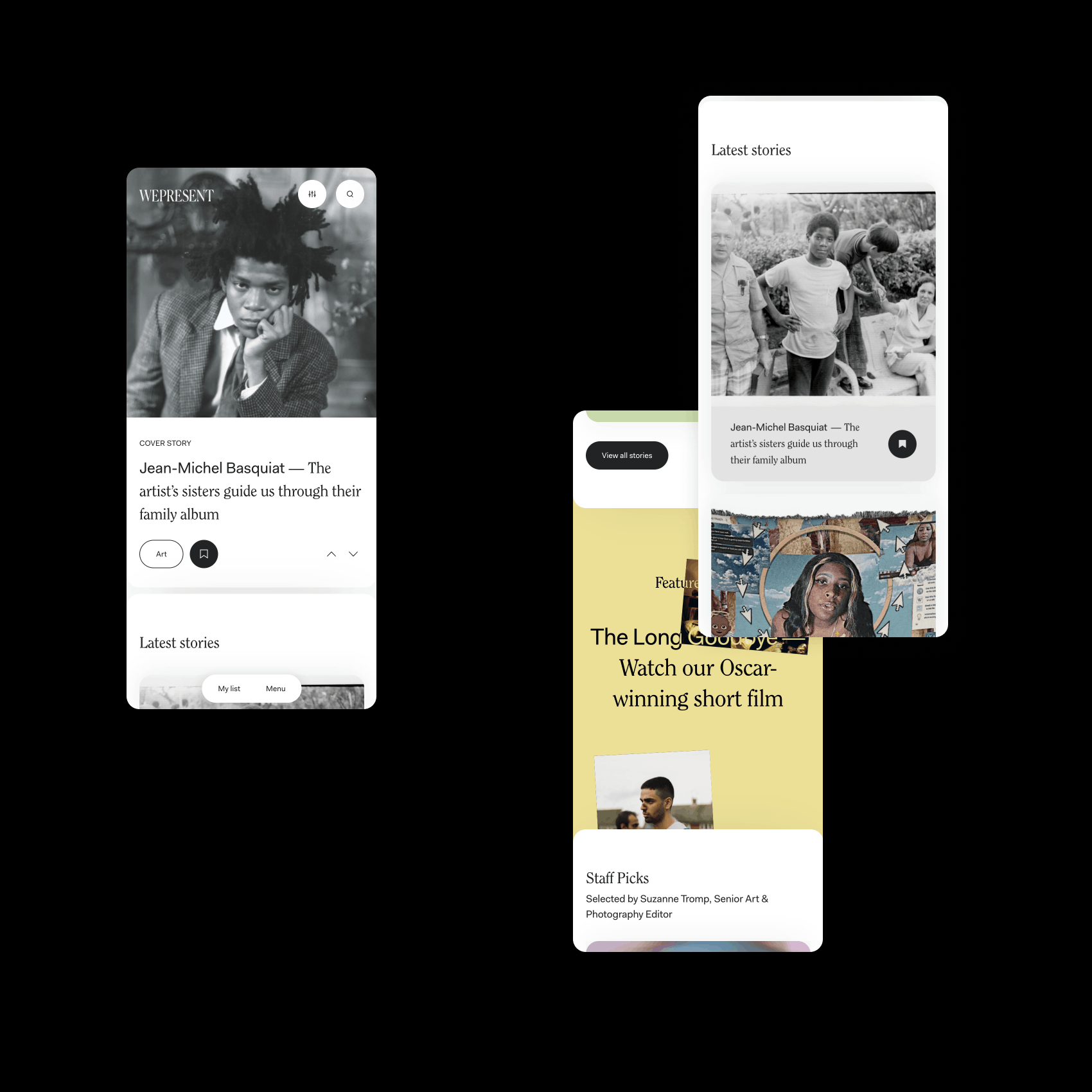 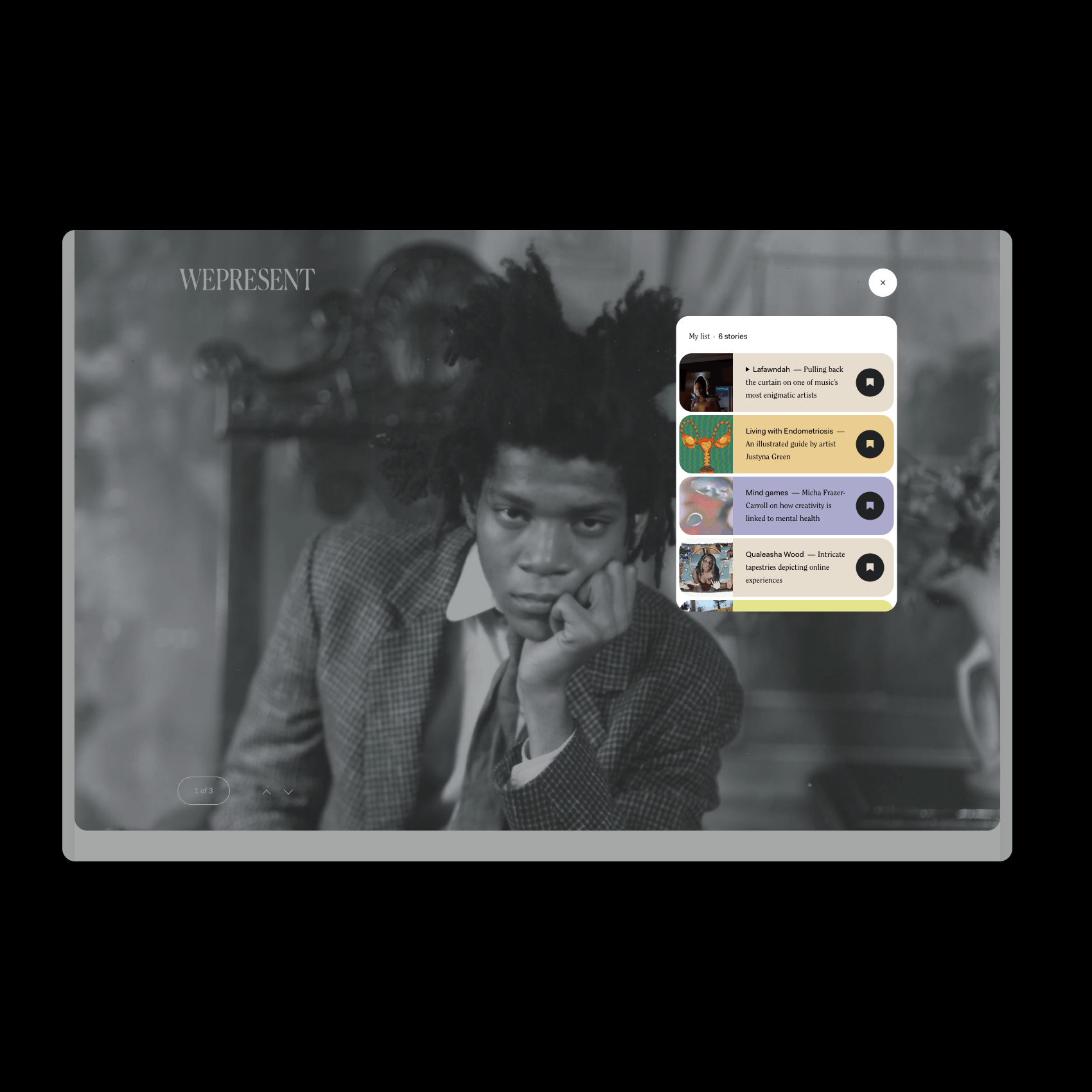