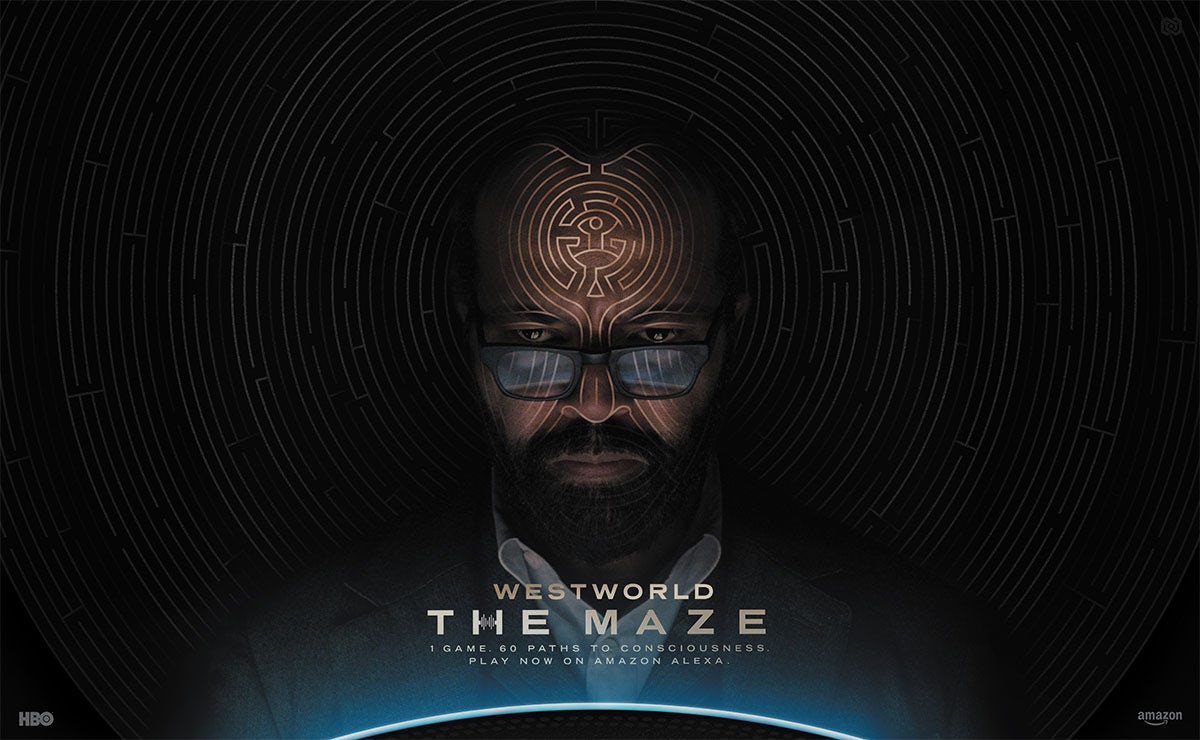 Fans lamenting the end of Westworld’s second series were given another way to engage with the show in The Maze – an ambitious choose-your-own adventure experience created for Amazon Alexa.

Users play the role of a host in Sweetwater (the fictional amusement park where the show is set), and are tasked with finding their way to the centre of the maze by asking questions and conversing with characters. The skill offers up to two hours of gameplay, with 400 possible outcomes, and features cameos from the show’s cast.

Agency 360i worked with Westworld’s producers, sound and music teams to create the experience, generating 11,000 lines of script voiced by 36 actors. It’s an innovative take on a popular format (choose-your-own adventure games are among the most popular skills on Amazon Alexa), and an interesting example of how entertainment brands can use voice-activated devices to engage with viewers and extend the reach of the popular series beyond TV.