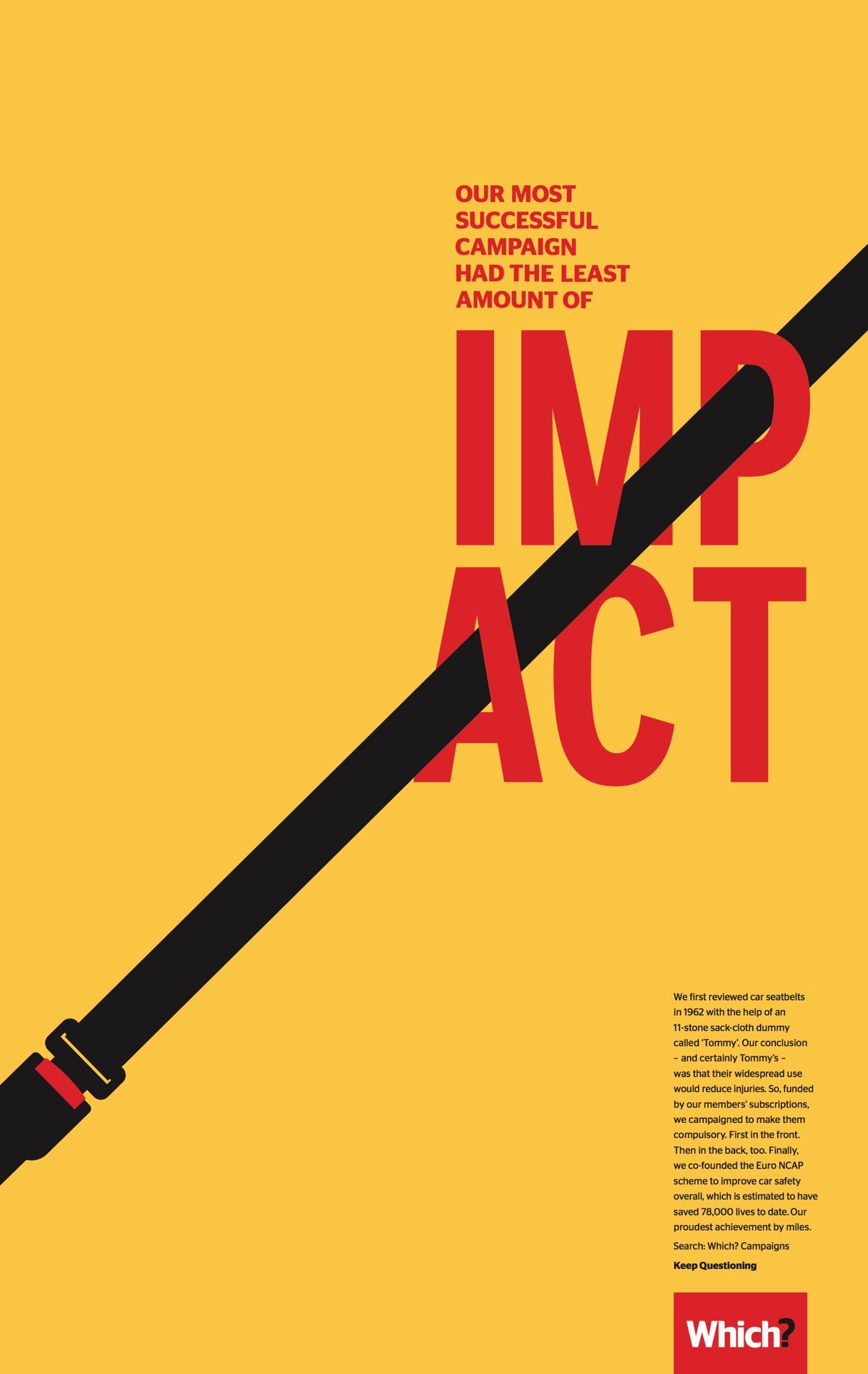 Remember the time Which? got lead paint in children’s toys banned? Or when it helped make seatbelts compulsory? If not, a new ad campaign by Grey London is the perfect refresher.

It shines a light on some of Which?’s successes to date as well as the brand’s current efforts, which include tackling faulty appliances that cause fires, and the impressively lofty goal of bringing misery caused by cancelled, delayed or overcrowded train services to an end.

The latter feels somewhat out of Which?’s usual remit, although the campaign’s growing collection of comments from disgruntled commuters has the potential to reveal the bigger picture, at least. 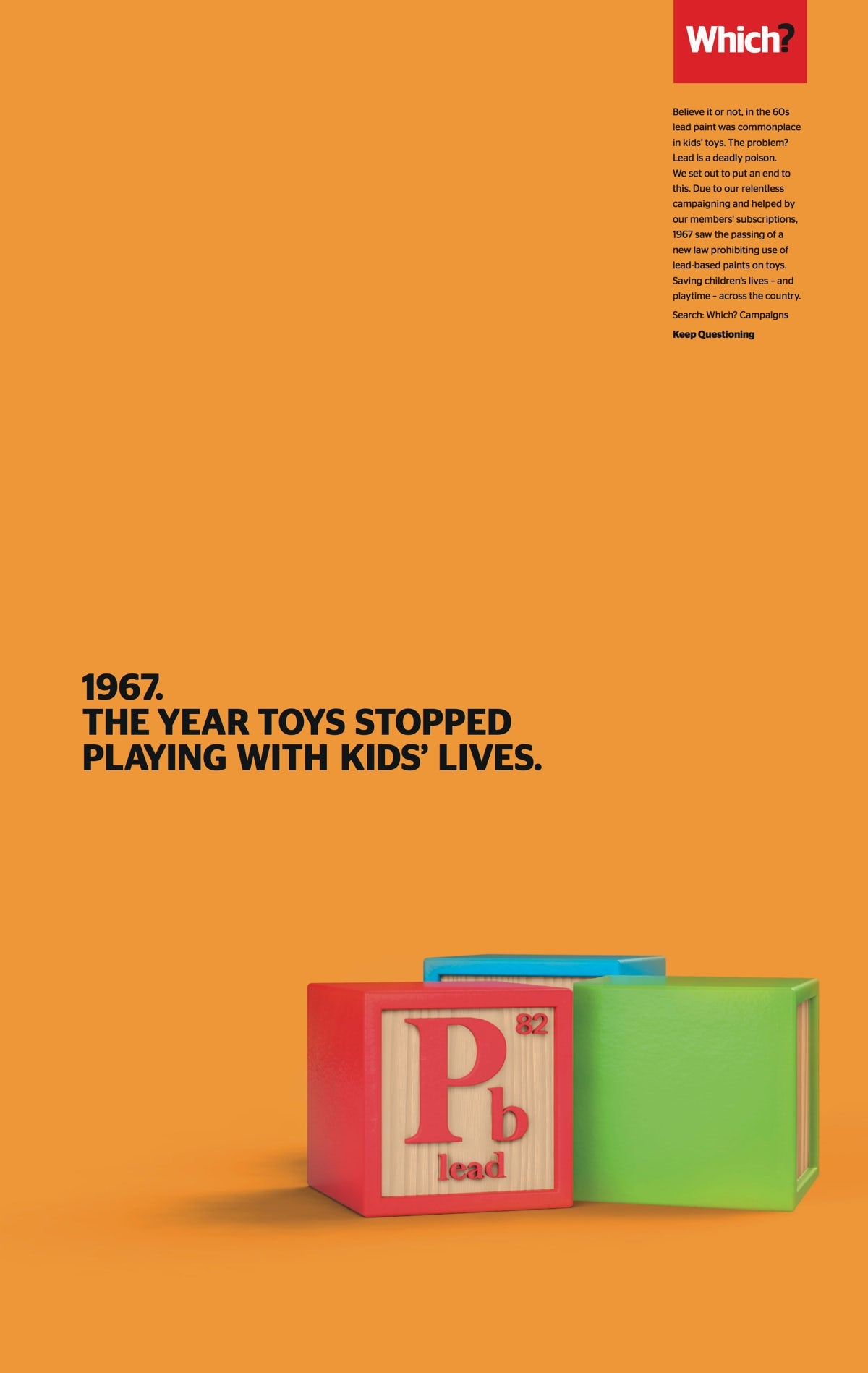 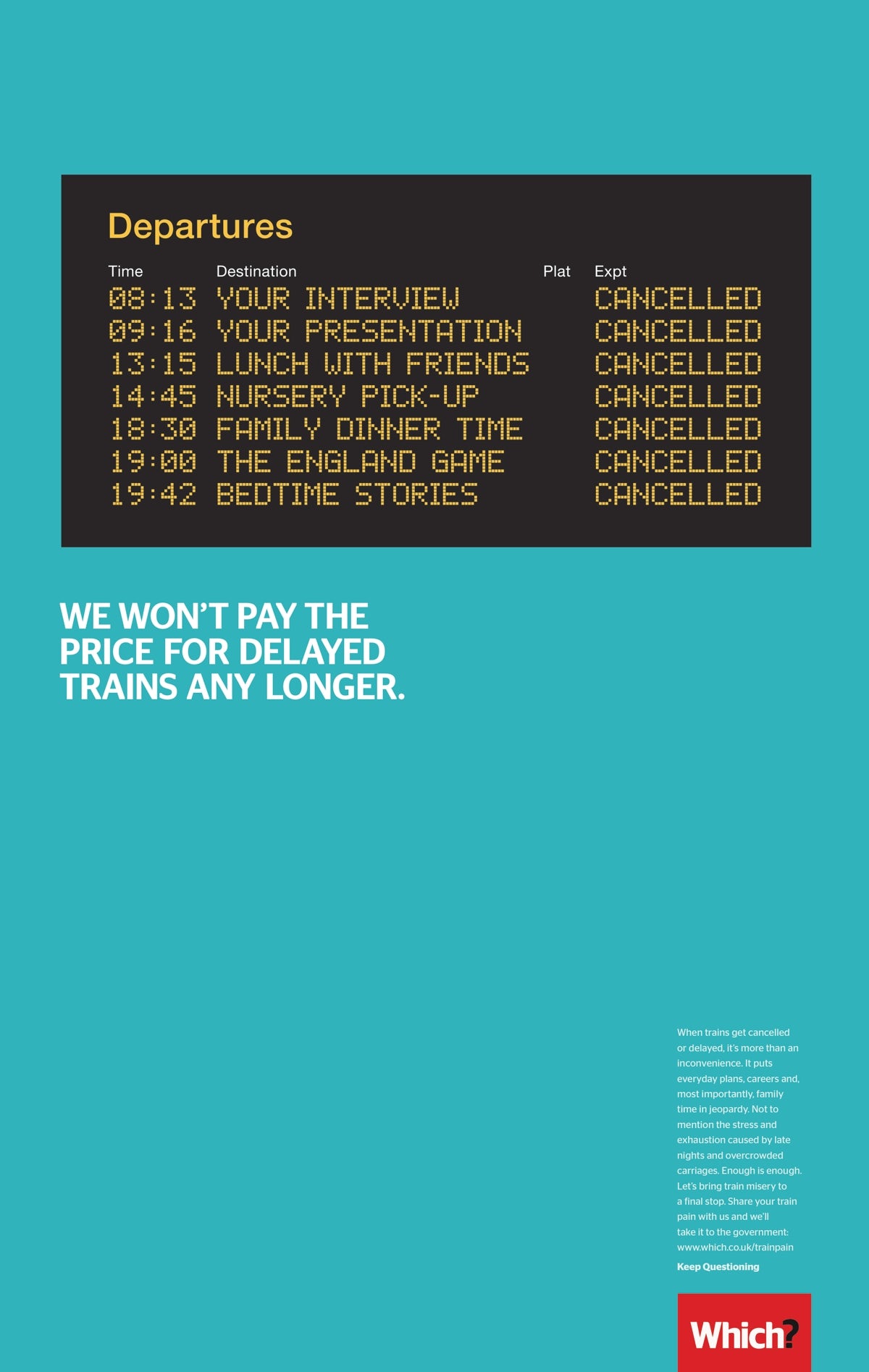 Nick Rowland, Deputy Executive Creative Director at Grey London, says the campaign aims to remind consumers of Which?’s track record of creating positive change – something that younger generations may be unaware of.

While Which? is seen as the place to go when you need a sensible and reliable opinion on a new washing machine, credit card, or bizarre kitchen gadget, its impact on people’s lives is definitely less widely known. 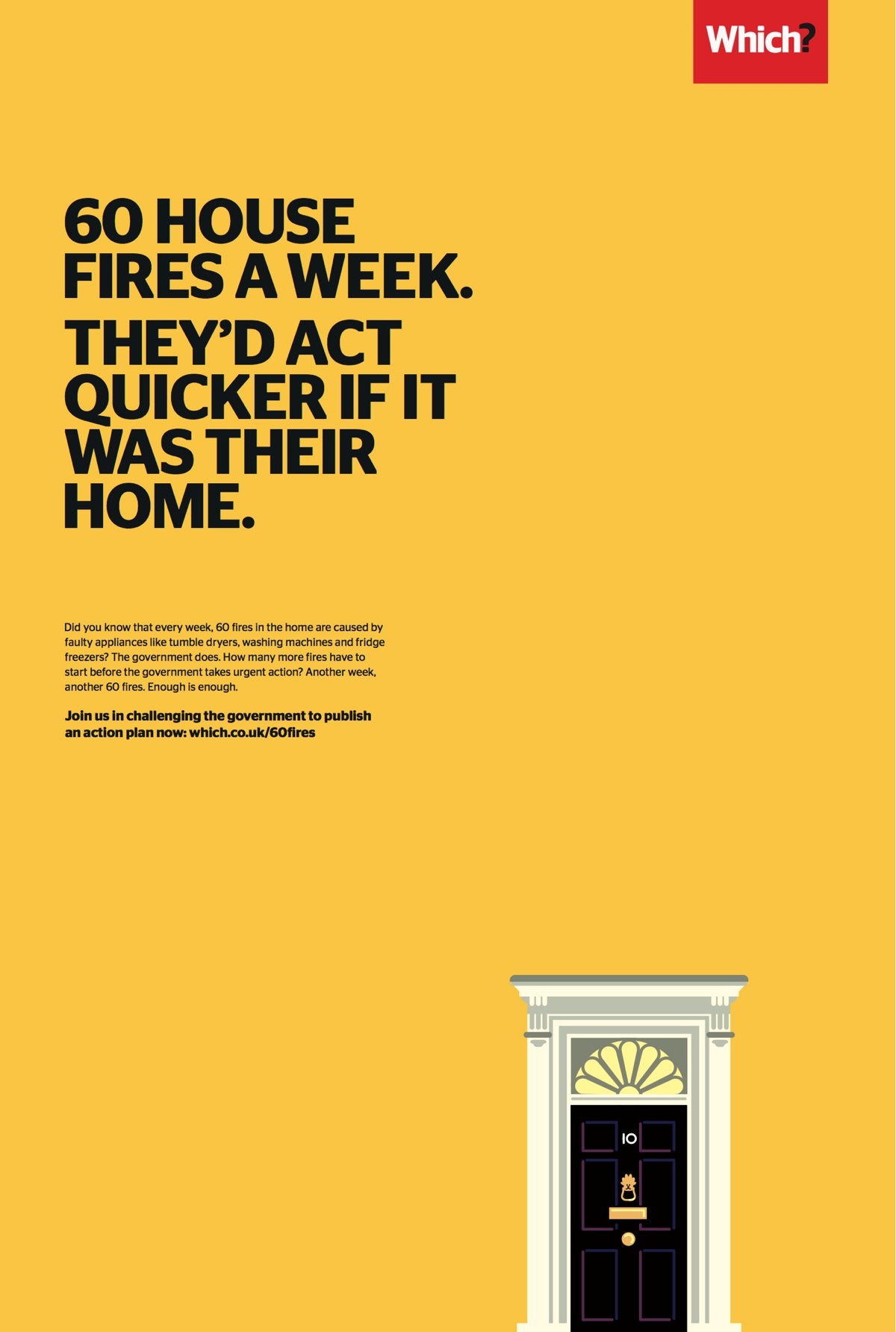 This sudden shift in focus from product reviews to sharing its enthusiasm for social change could be seen as Which? joining in on the current fashion for brand purpose as a marketing technique.

But unlike some brands jumping on the purpose bandwagon, it’s clear that these causes are central to Which?’s past and a valid way to position themselves going forward, and potentially reach new audiences. And if they can somehow help solve the sprawling, complex mess of Britain’s train networks along the way, all the better.