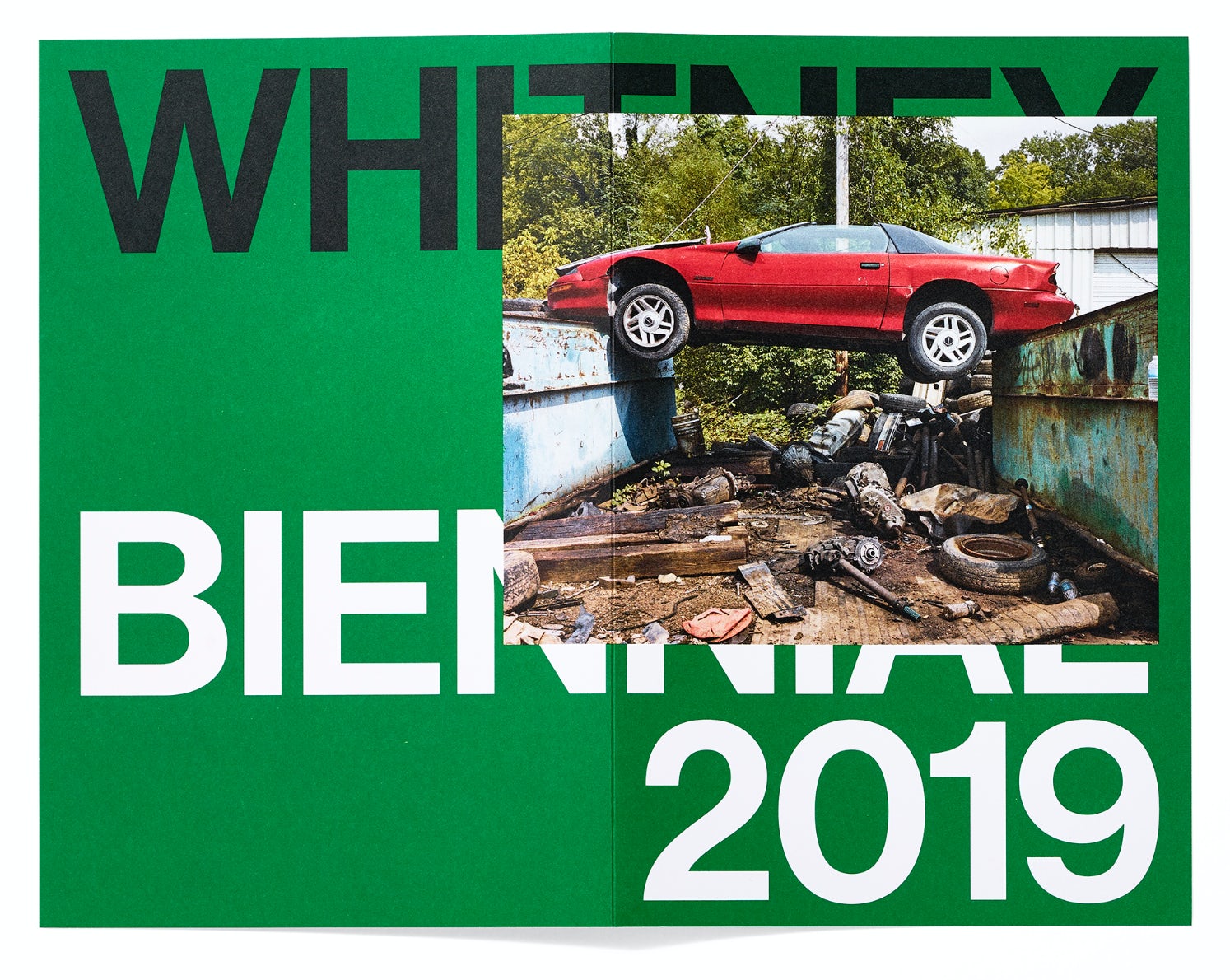 With a long history of exhibiting the most promising and influential artists and provoking debate, the Whitney Biennial is the New York museum’s signature survey of the state of contemporary art in the United States. The Biennial, an invitational show of work produced in the preceding two years, was introduced by Gertrude Vanderbilt Whitney in 1932 and it is the longest continuous series of exhibitions in the country to survey recent developments in American art.

The 2019 iteration featured 75 artists and collectives working in painting, sculpture, installation, film and video, photography, performance, and sound. The Whitney’s in-house design team was tasked with producing a campaign to represent the 2019 edition across all environmental, print and digital applications.

The team needed to create a system that incorporated a variety of artworks cohesively, across a broad range of platforms (and do this without making any of the artists featured feel uncomfortable with how their work was treated), and help make what can often be a challenging show more accessible.

With each Biennial, and in particular the 2019 Biennial, the Whitney serves as a platform for emerging artists. The team’s design solution illustrated that concept by using the museum’s bold identity colours as a backdrop, and presenting artworks from the show as the top layer – often resting on the top title of the exhibition. While simple, this strategy was a noticeable departure from the Whitney’s standard identity, which remains strictly black and white when in conjunction with an artwork, and strictly gridded without images and typography interacting. They also chose to emphasise the title of the exhibition without employing the Whitney’s iconic ‘responsive W’.

All of these decisions manifested in a sub-identity that captured the attention of a city often inundated with marketing, which was also shared by multiple artists through their own channels. 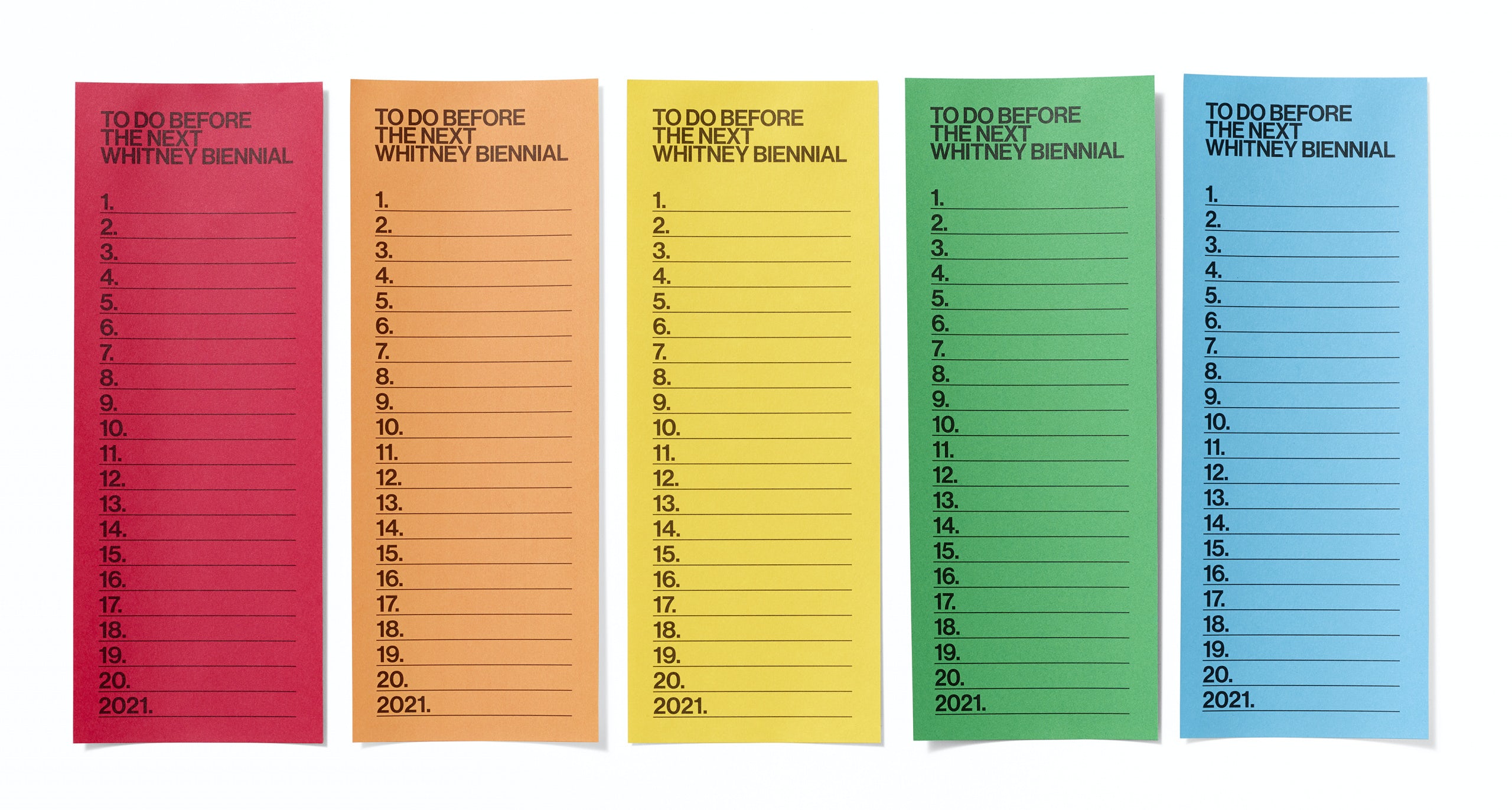 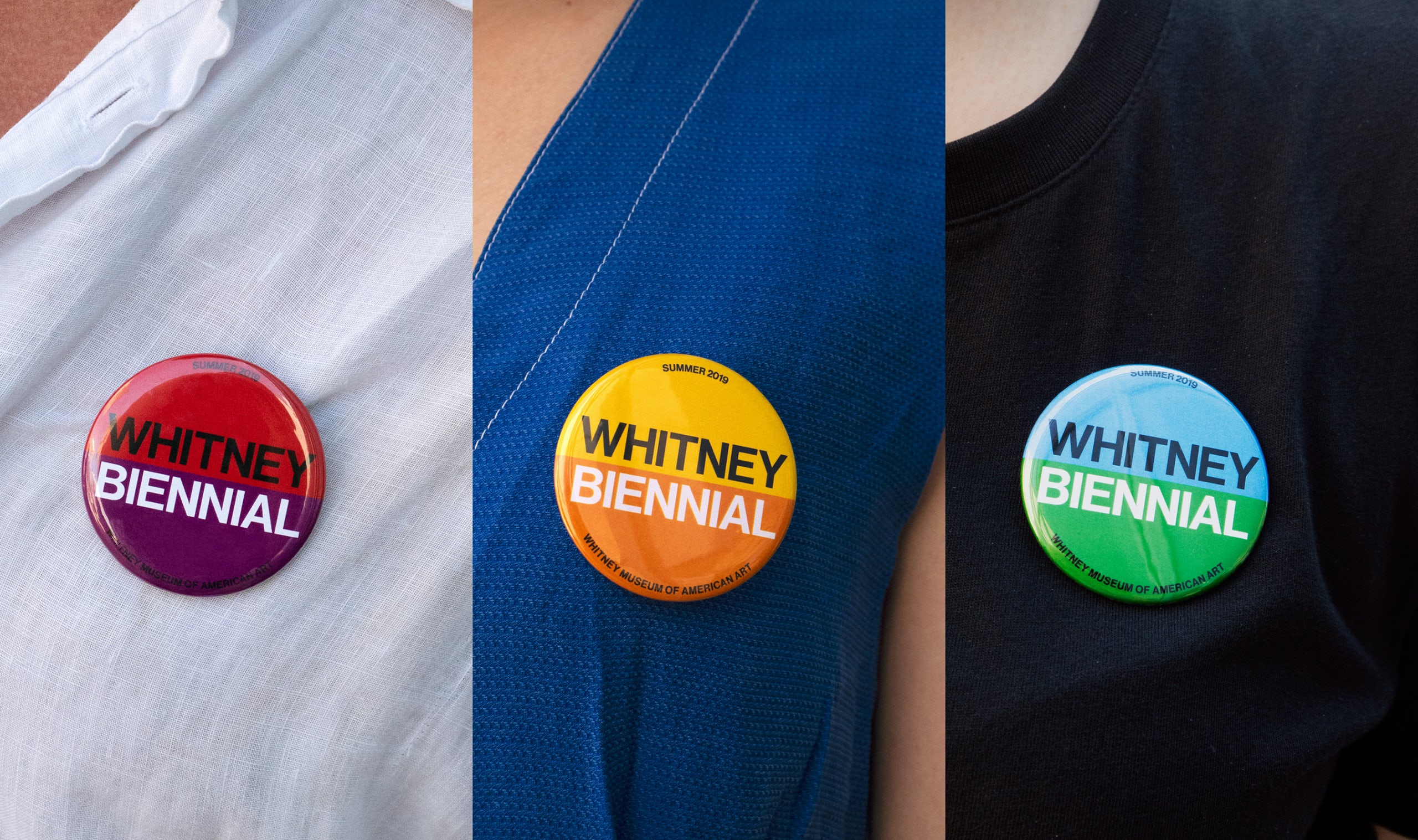 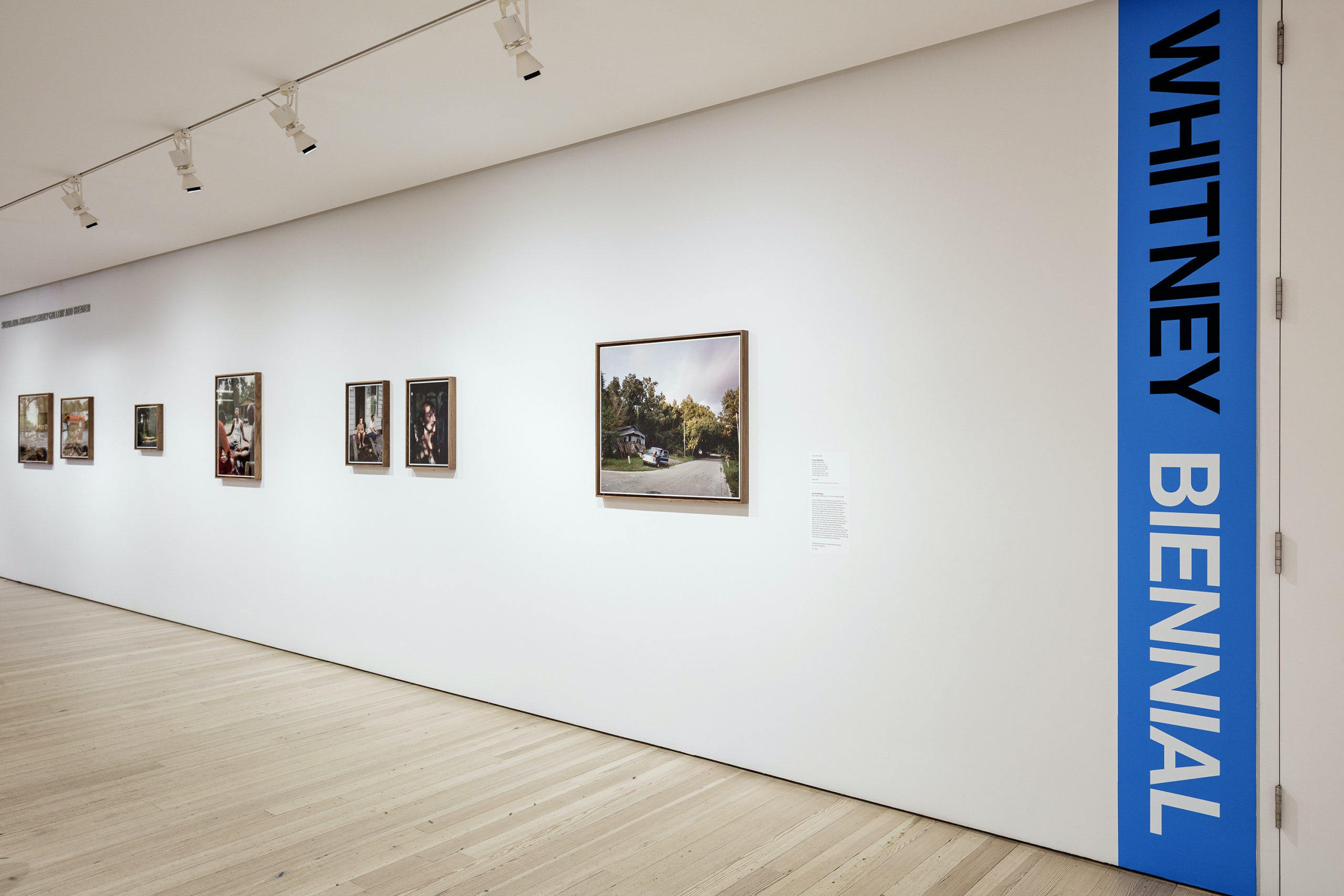 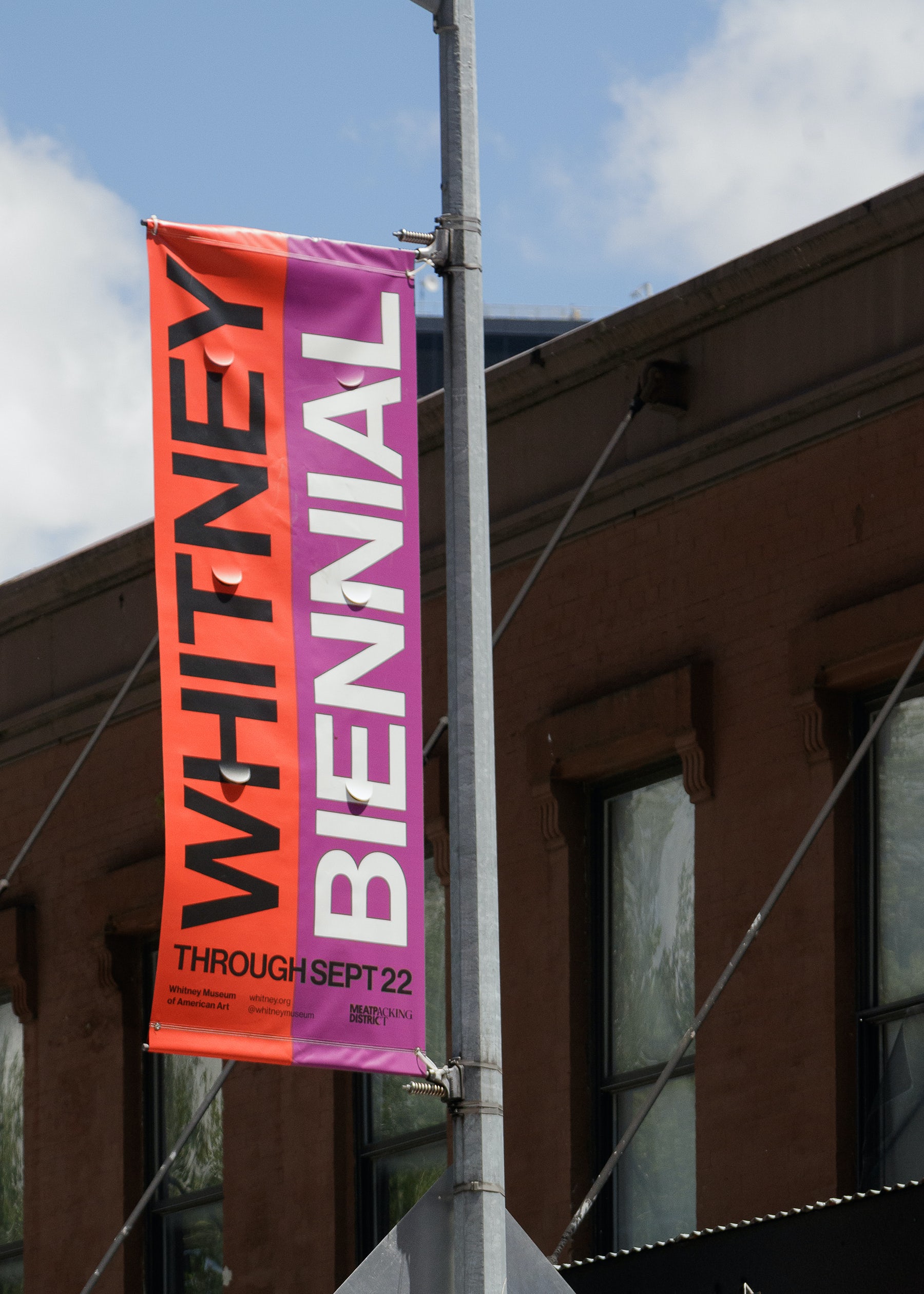 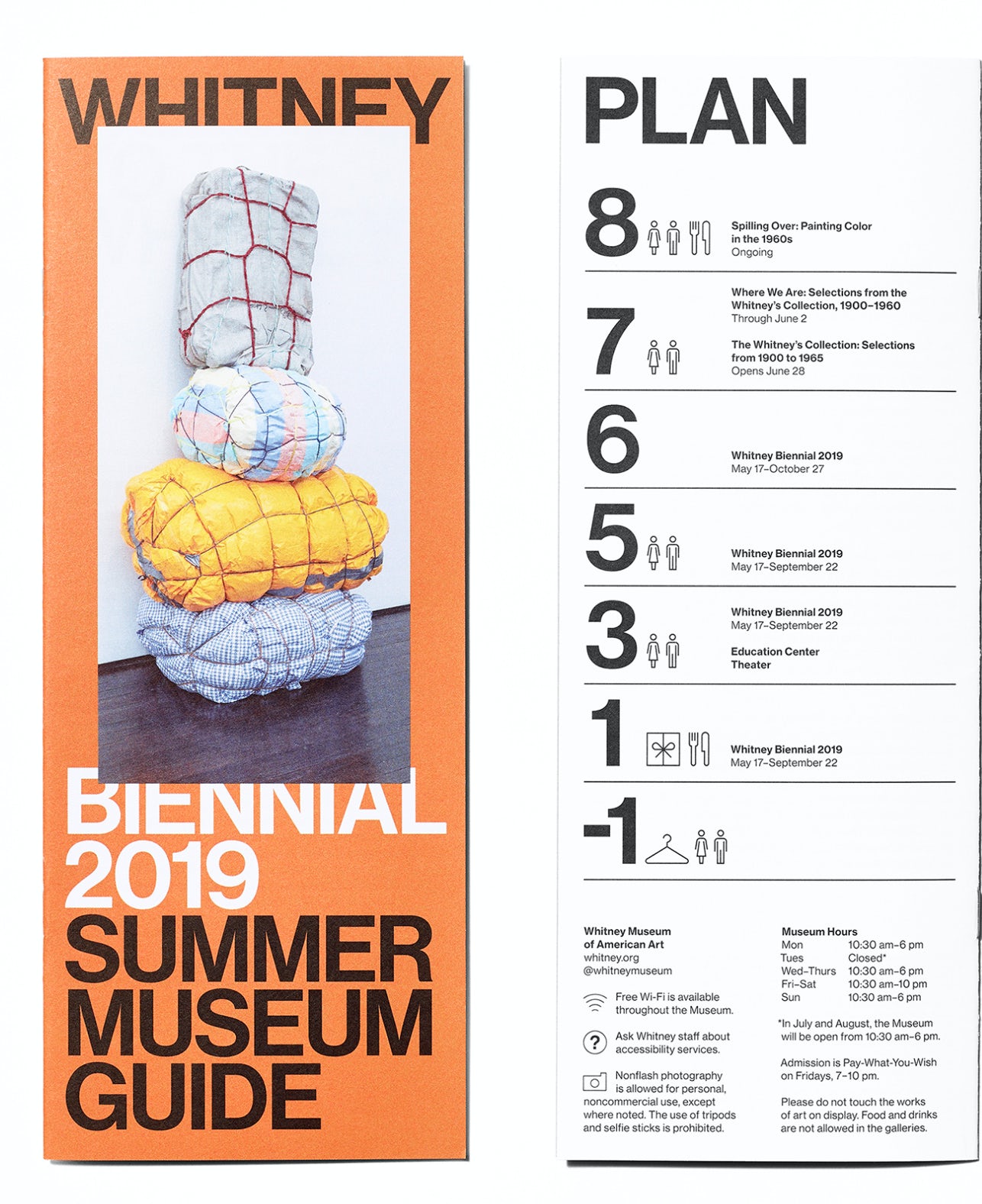 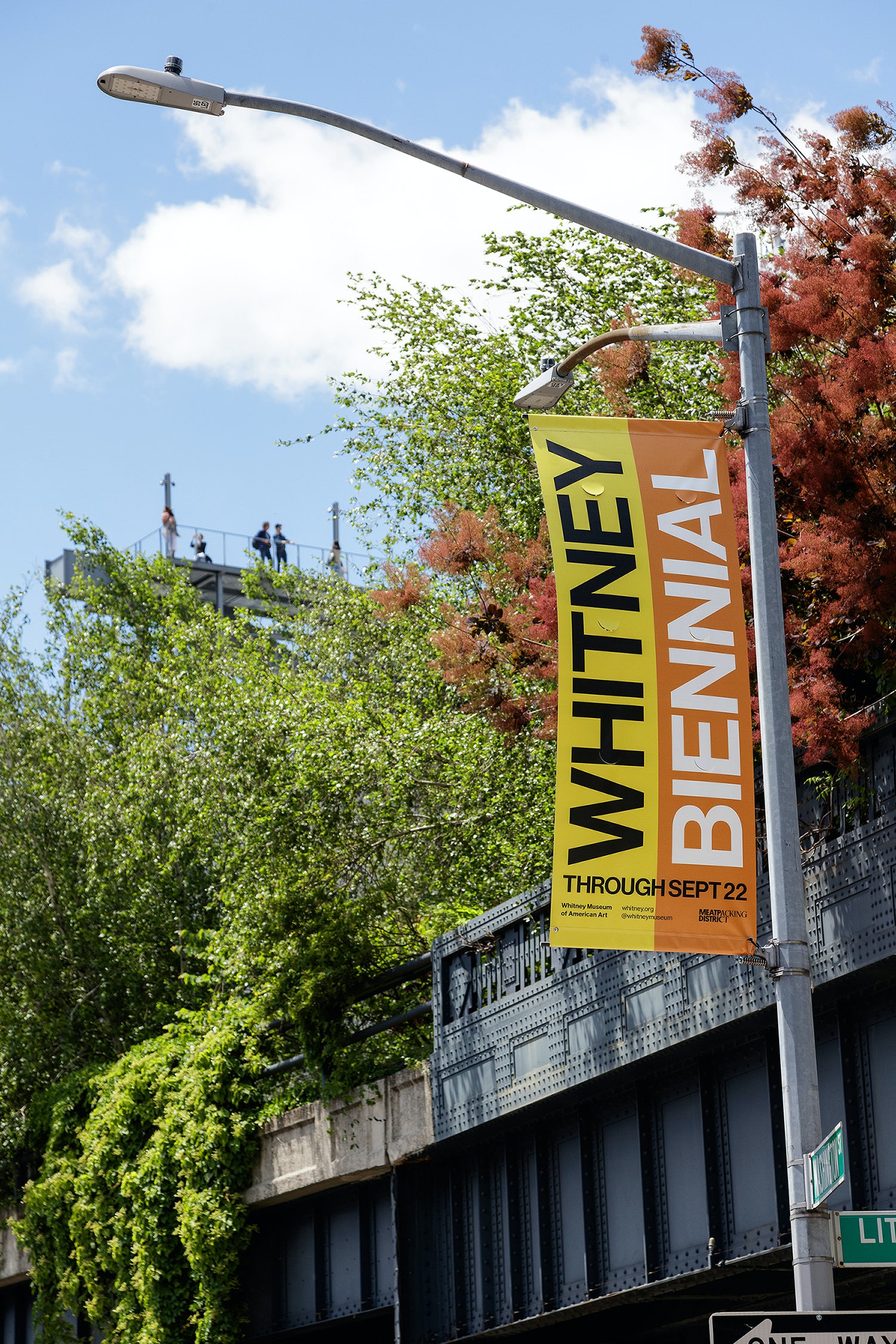 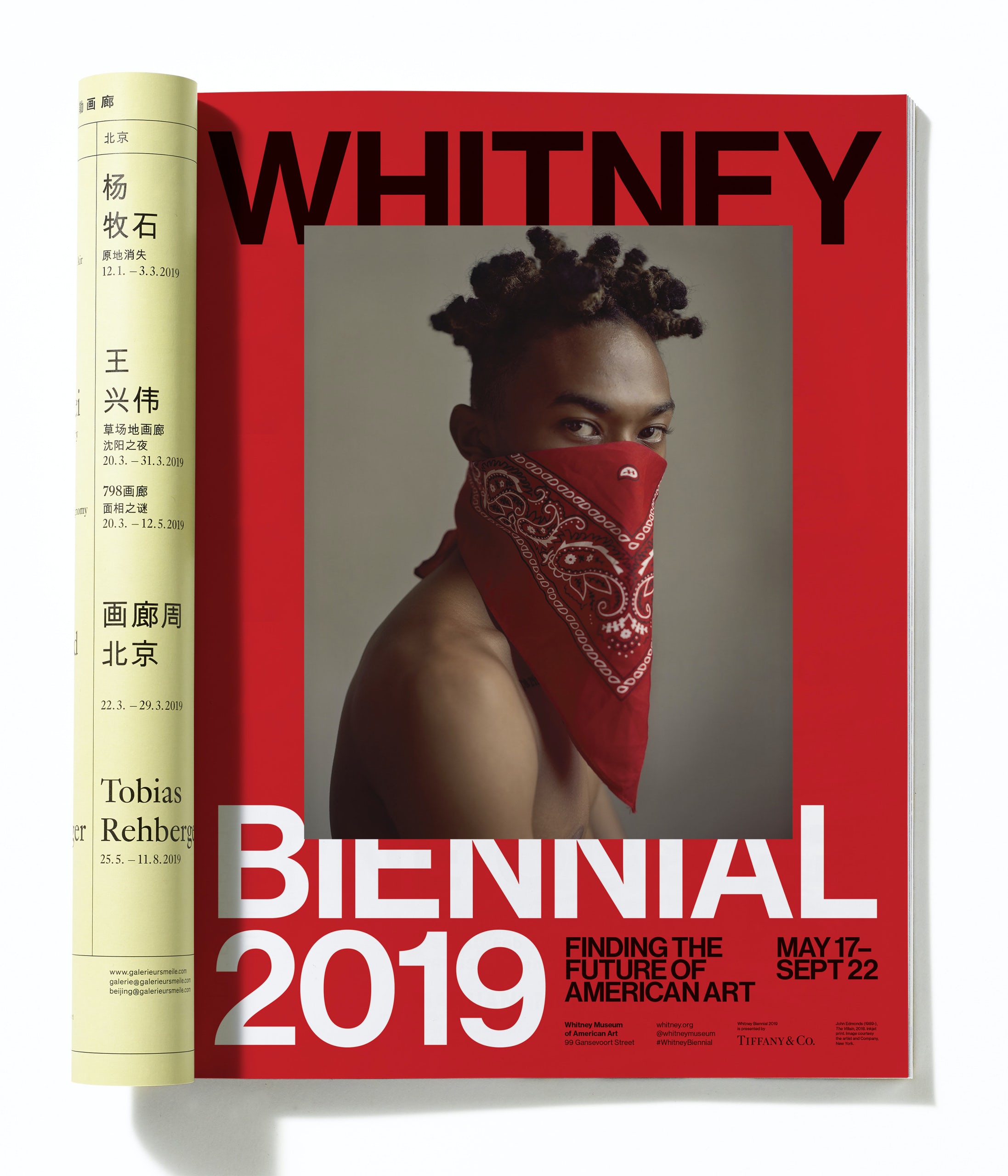