Tolstoy first visited the city ten years ago, and says he was fascinated by the unique hierarchy that the taxis follow – with drivers arranged by rank, which is marked out by stripes across the car. Having finished his Who’s Driving You series documenting London cabbies, Tolstoy turned to Tokyo’s rather less ebullient drivers as the “perfect companion series”.

The photographer – who has also shot portraits of Elton John and Cara Delevingne – concentrated on the city’s Shibuya and Shinjuku districts, where the majority of cabs can be found. The city’s abundance of neon signs offered ready-made lighting, creating brightly coloured blurry reflections in the cab windows – a far cry from the drab surrounds of Tolstoy’s London series. The photographer spent several hours each night shooting, hidden amongst the crowds of people on the street.

“I don’t set out to create a mood, I try to capture the mood as I see it there,” he says. “Tokyo has that mesmerising nature with flurries of people and colour coming at you from every direction, I often feel like I’m looking into the future of what a European city could eventually be like.” 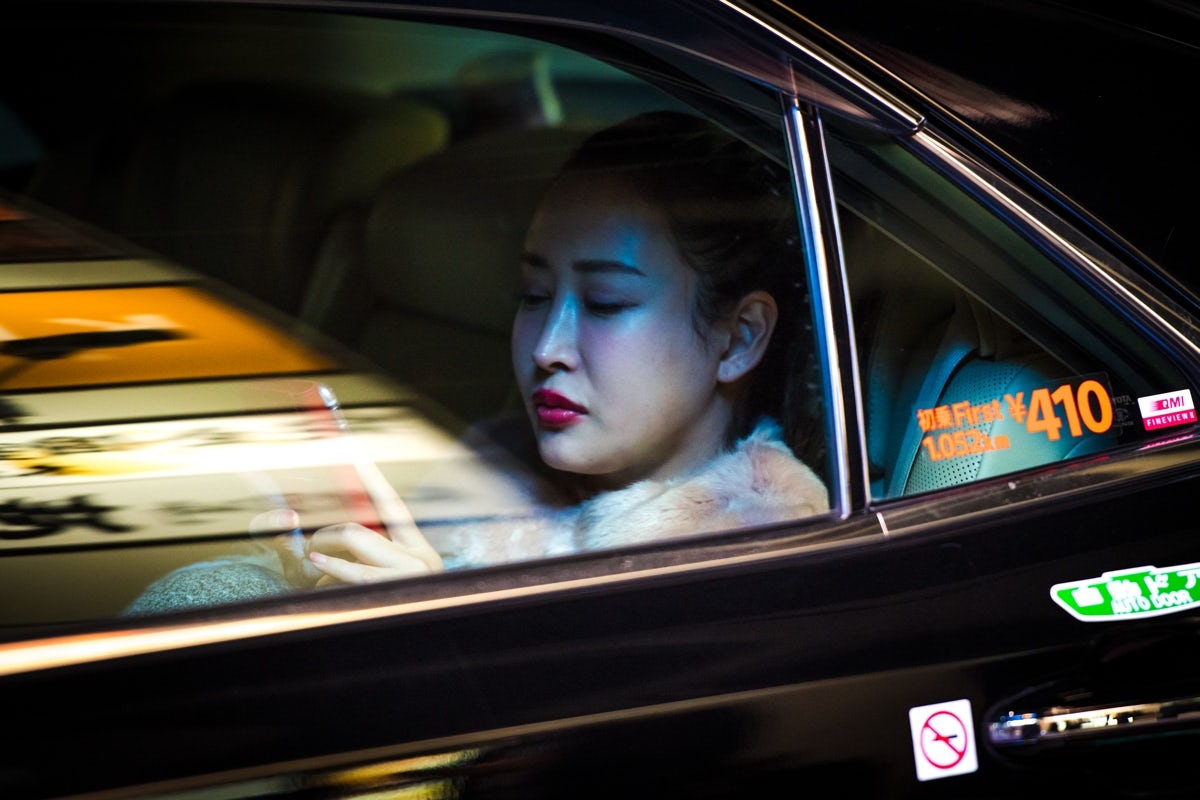 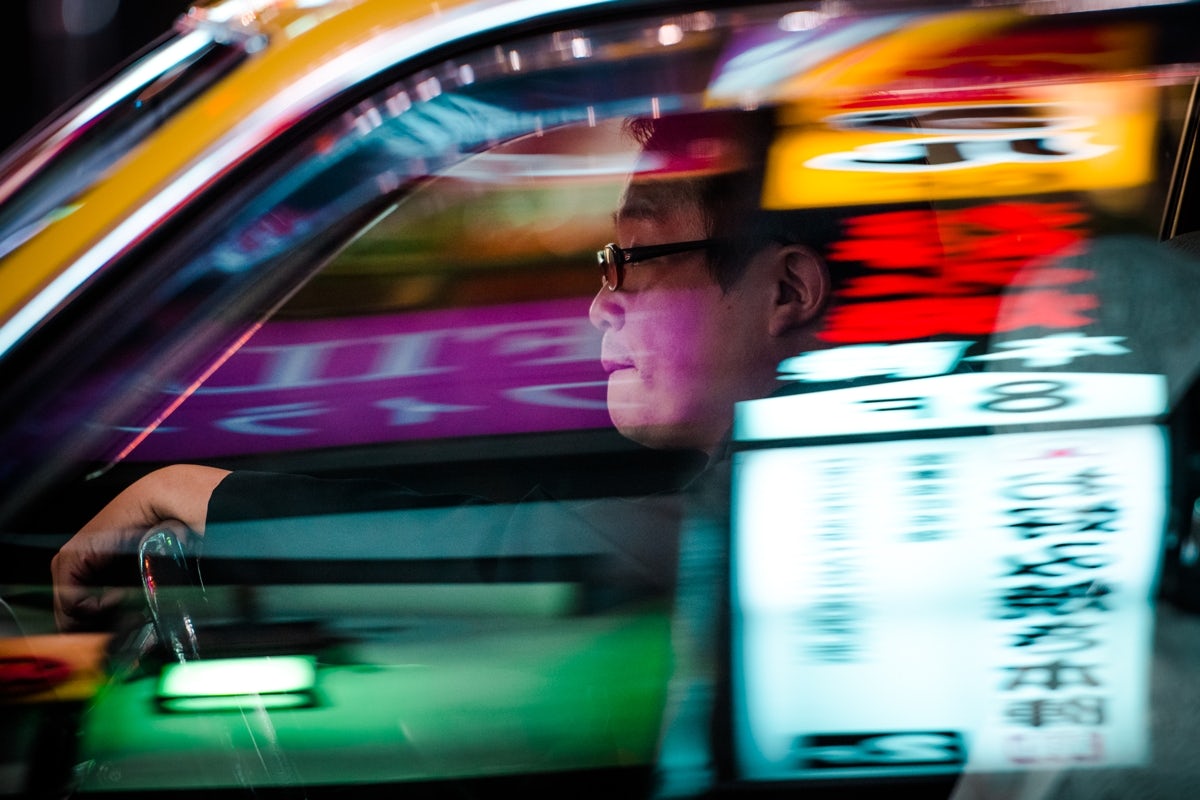 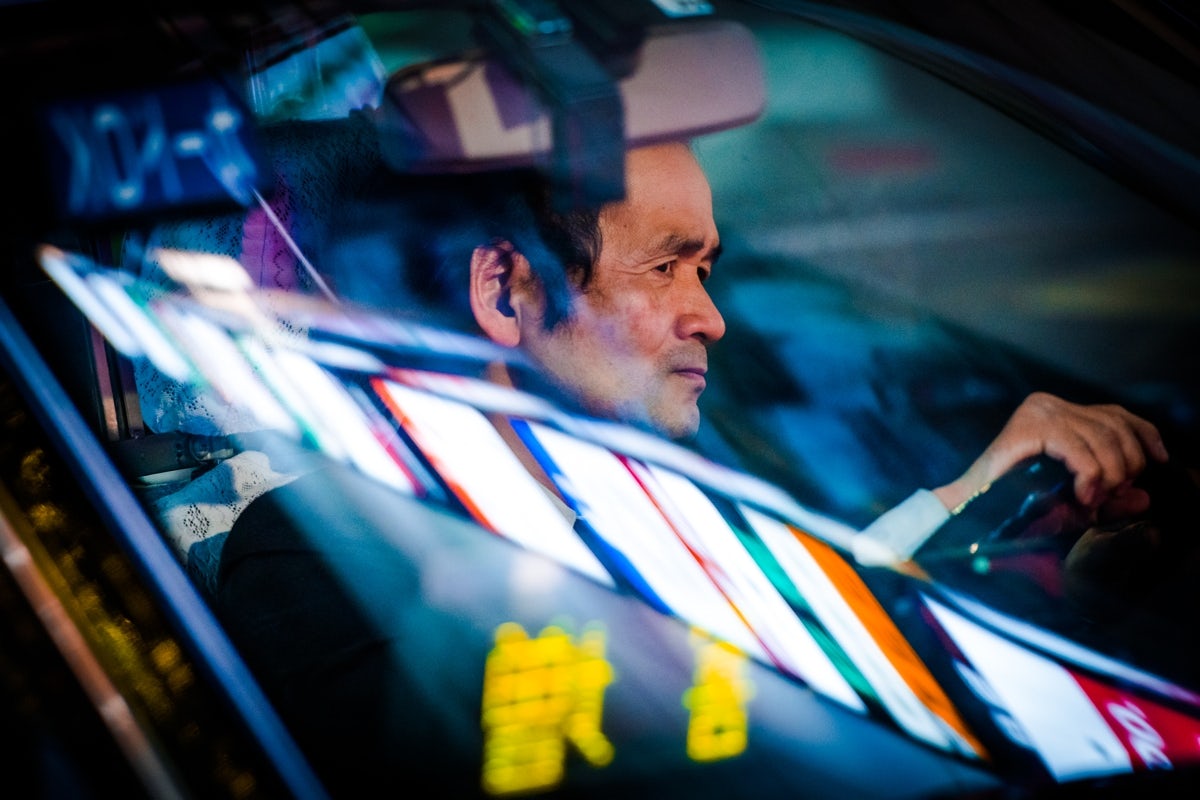 “I know straightaway when an image stands out above the others that I have shot,” he adds. “I’m looking for the photographs to be as engaging and intriguing as possible. I mainly look for expression and a study of human eyes. A face can tell a story that has played out over many years.”

And having documented the differences between London’s chatty cabbies and Tokyo’s more reserved drivers, Tolstoy says his mind keeps coming back to some of the most famous cab drivers in the world – those of New York. “What interests me about the yellow cabbies is that they’ve come from all over the world – everywhere from Afghanistan to Eastern Europe, but they’ve all made New York their home,” he says. “Having the amazing cosmopolitan nature of a city showcased by its cab drivers is a beautiful thing to me.” 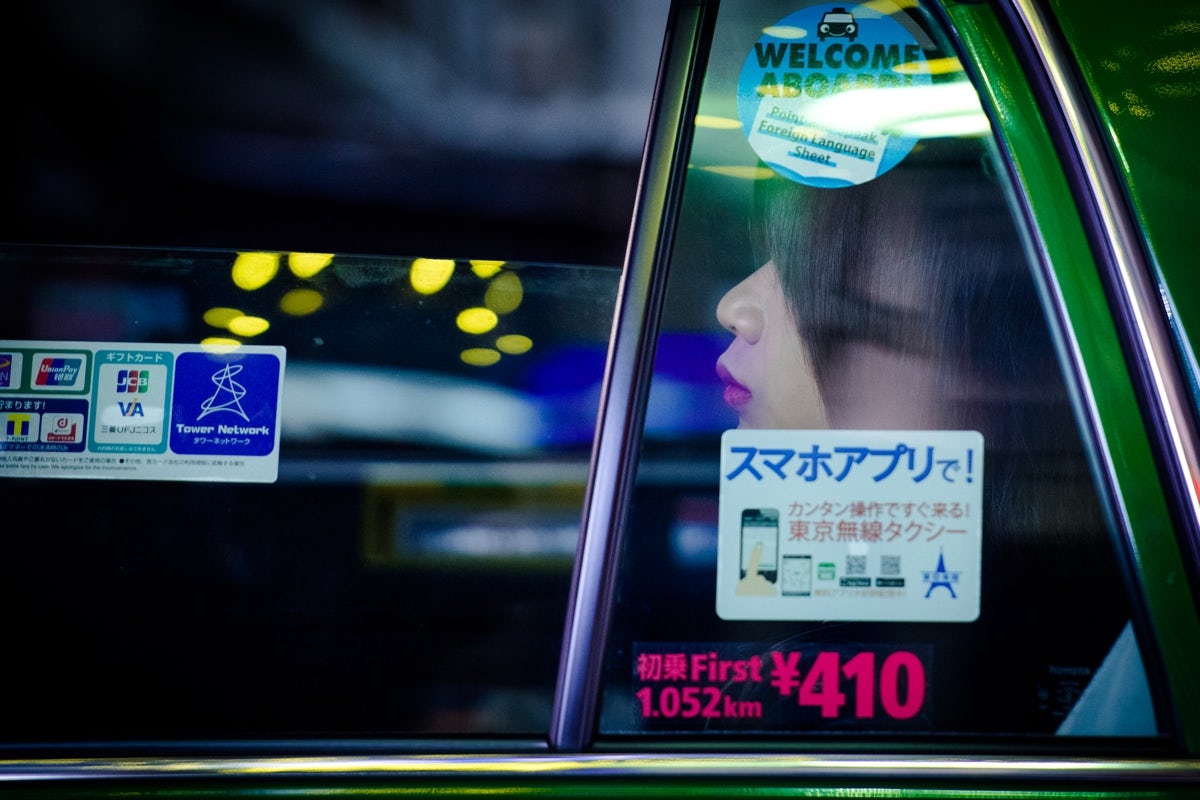 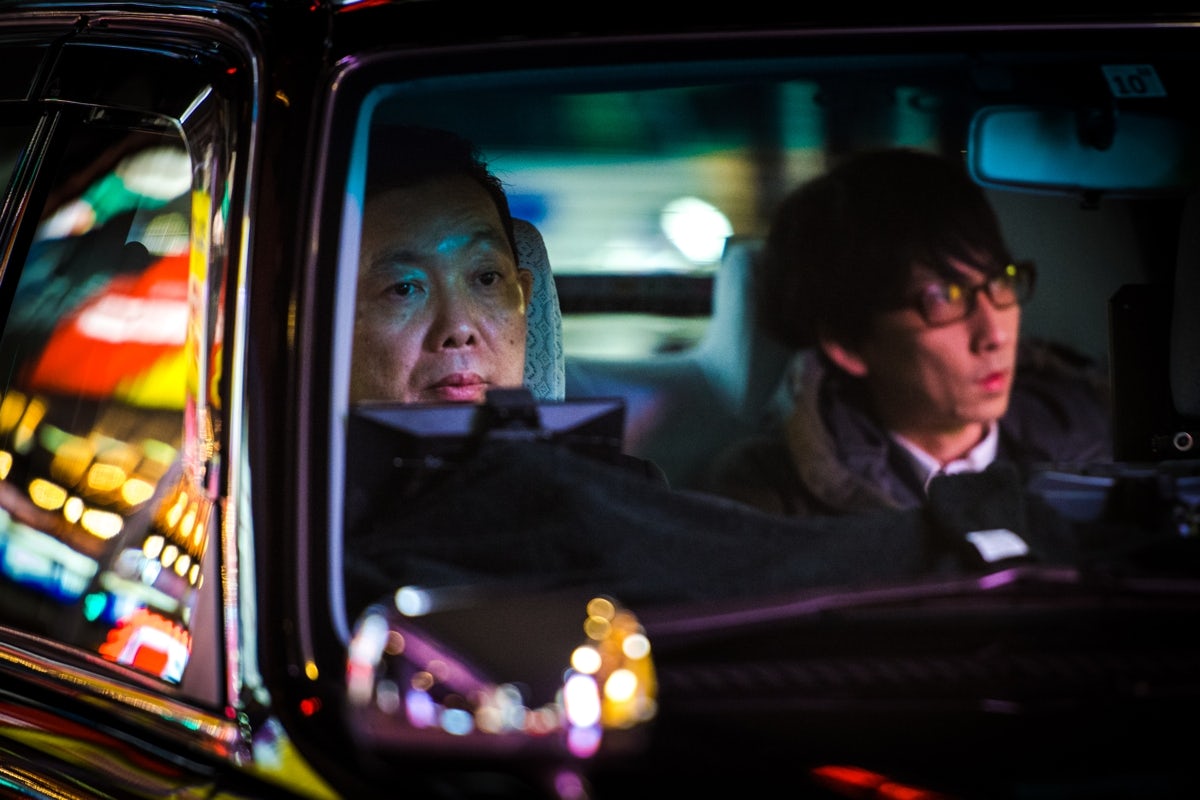 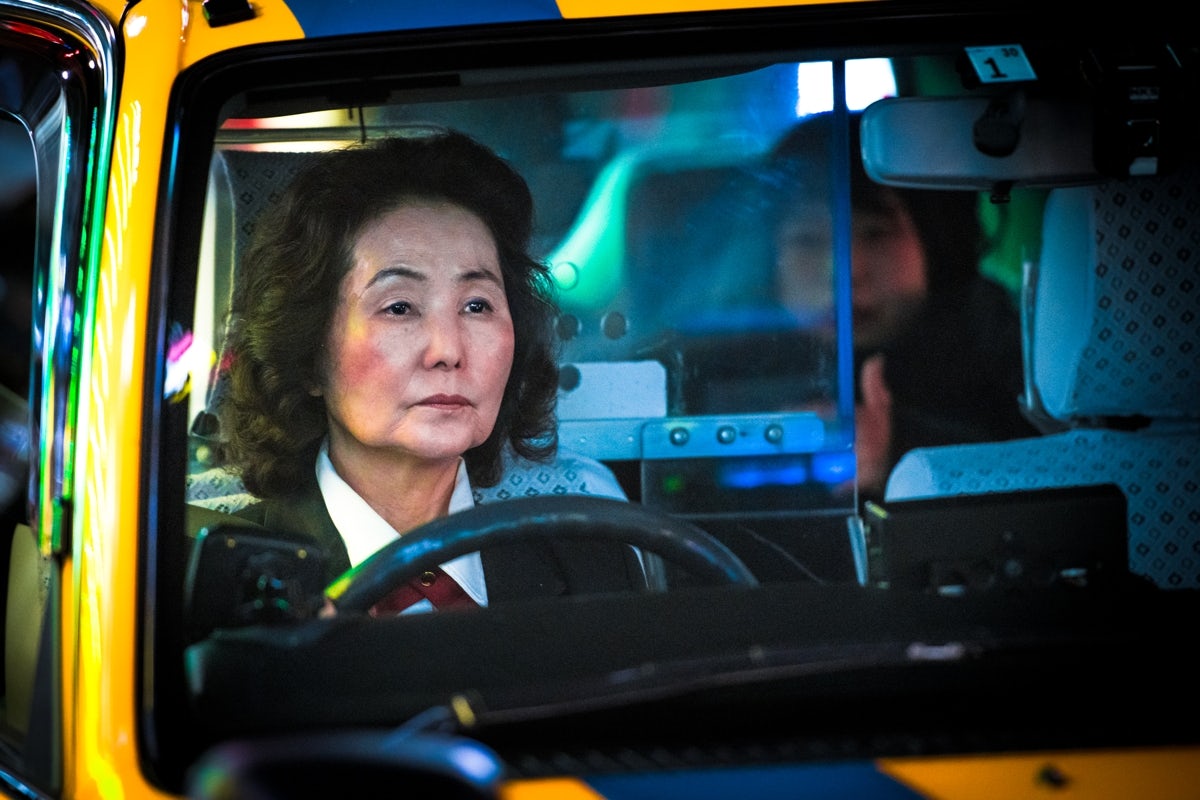