W+K Amsterdam has partnered with innovative filmmaker PES to create The Fish, a stop motion short that traces the life cycle of a fish. However, the titular fish is made from none other than plastic waste, including forks, packaging and, of course, the ever-problematic plastic straw – common objects that people might casually dispose of without batting an eyelid.

The animation is filled with colourful character thanks to the fish’s quirky, endearing nature, despite its unhealthy composition, as well as a plump, smiling seagull who soon tries to gobble up the film’s hero. However, the charm burns away when the film finishes with a shot of the seagull alongside a hard-hitting statement: ‘Marine plastic pollution harms over 800 animal species.’

This seagull would have been one of many birds likely to have consumed plastic, with over 90% of seabirds reported to have plastic substance in their stomachs. Meanwhile 100,000 marine mammals and turtles are killed by pollution every year, a statistic related by the opening of PES’s short, which shows the skeleton of one such creature filled with plastic waste.

Released to coincide with Earth Day, the new film drives home the drastic harm that single-use plastics and plastic pollution does to ocean wildlife and the environment. Its message is clear: think carefully and act responsibly when it comes to waste. While most of us are familiar with images of varying sea species trapped in plastic beer rings or tangled in packaging, it’s often forgotten that animals ingesting waste is as great a threat as any. 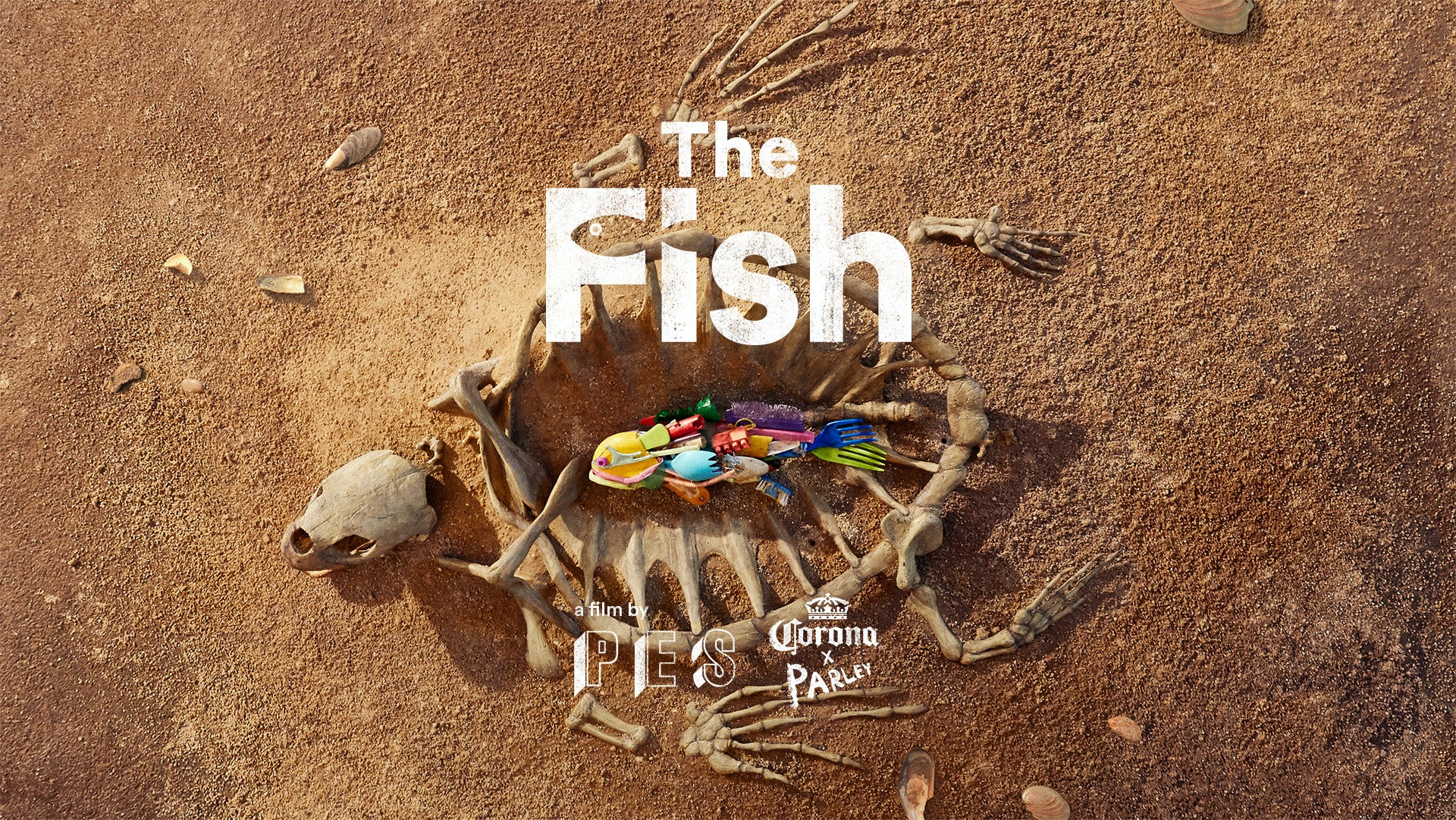 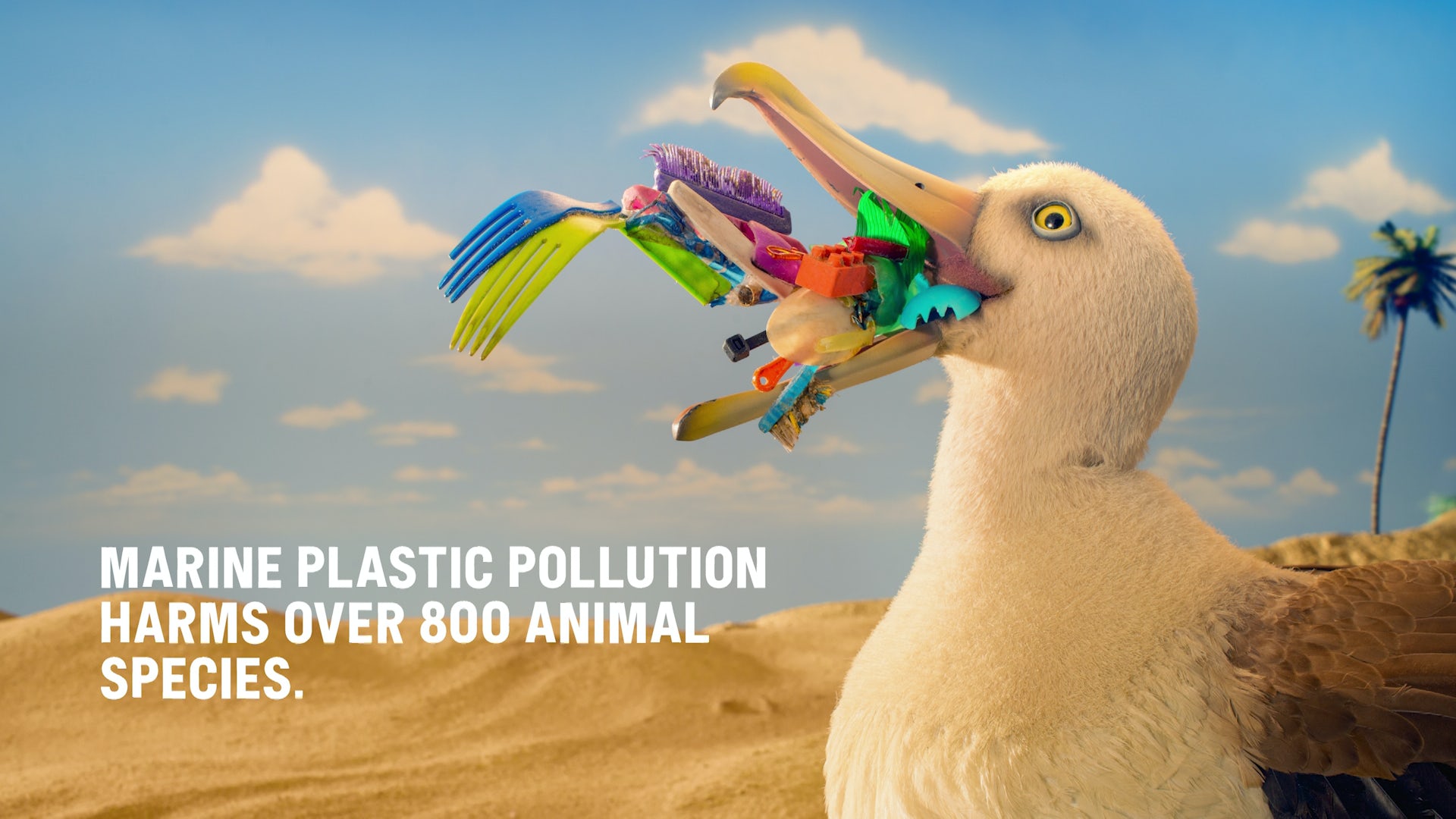 Corona and Parley have been collaborating since 2017, their previous efforts incorporating the clever use of plastic waste harvested from the oceans, which is then transformed into everything from dramatic, large-scale installations to Hawaiian T-shirts. Through their unusual campaigns, Corona and Parley set out to encourage people to reduce their plastic waste levels and support their ongoing beach clean-up initiatives, which have seen over 500 clean-ups in 15 countries so far.