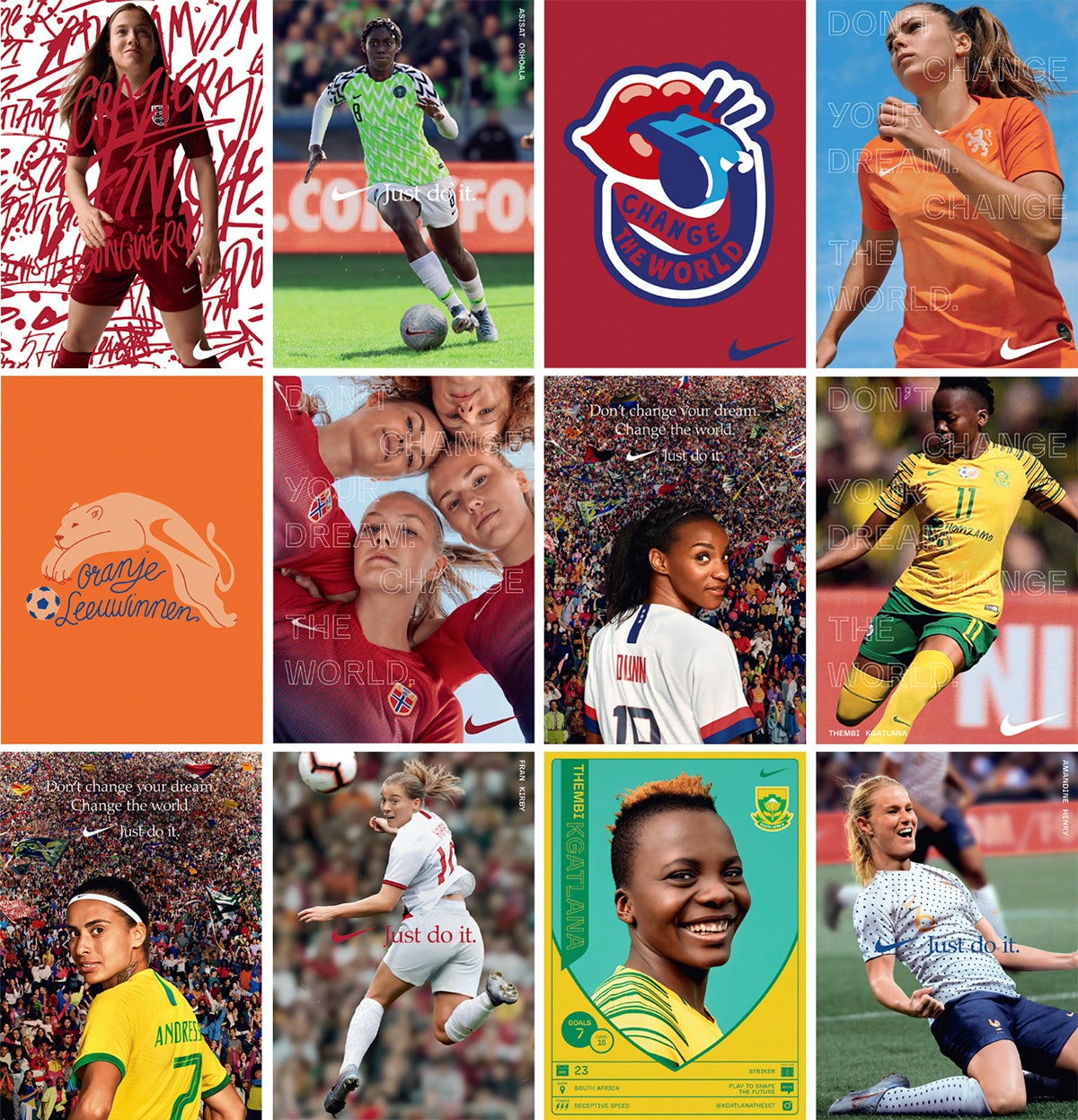 A set of four films explore the career highlights of each woman, as well as some personal memories such as Henry’s first pair of football boots (which she loved so much she slept in).

“I’m really happy to be able to inspire the next generation of girls. That they now have female role models, and can see what they can achieve so that they’ll work hard and eventually follow in my footsteps.” ⠀ As a child Netherlands’ star Lieke Martens told everyone she wanted to become a professional footballer. When they replied: “Dream on, girl” that’s exactly what she did. ⠀ Don’t change your dream. Change the world. #justdoit 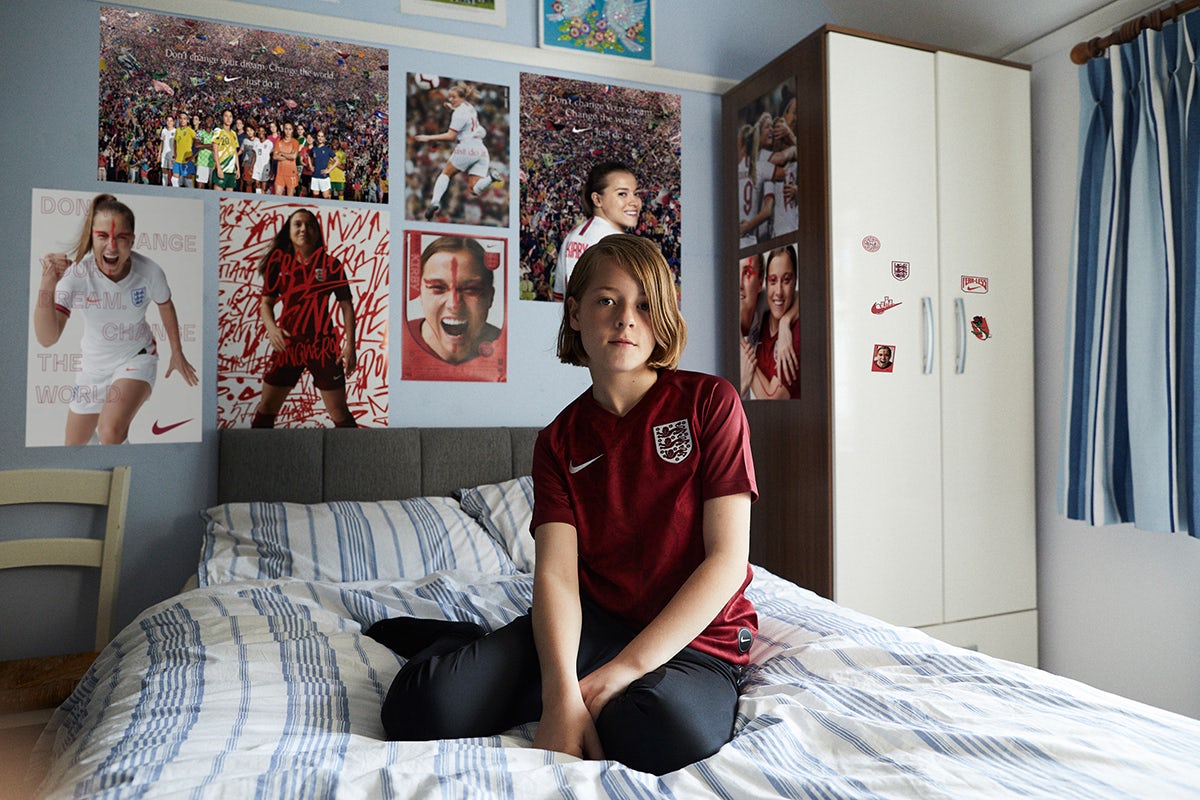 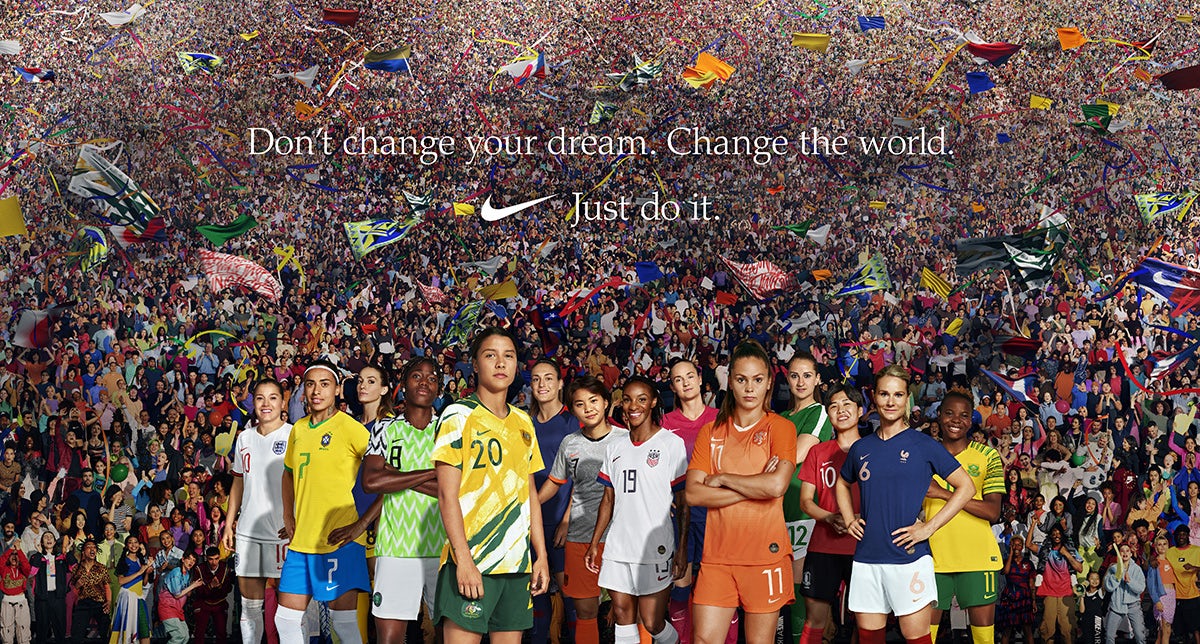 As part of the effort to connect today’s heroes with the next generation of athletes, the films also feature young girls talking about their own dreams of becoming football players.

This thread is picked up in an accompanying exhibition on London’s Hanbury Street, where a gallery space has been turned into a poster-covered girl’s bedroom. 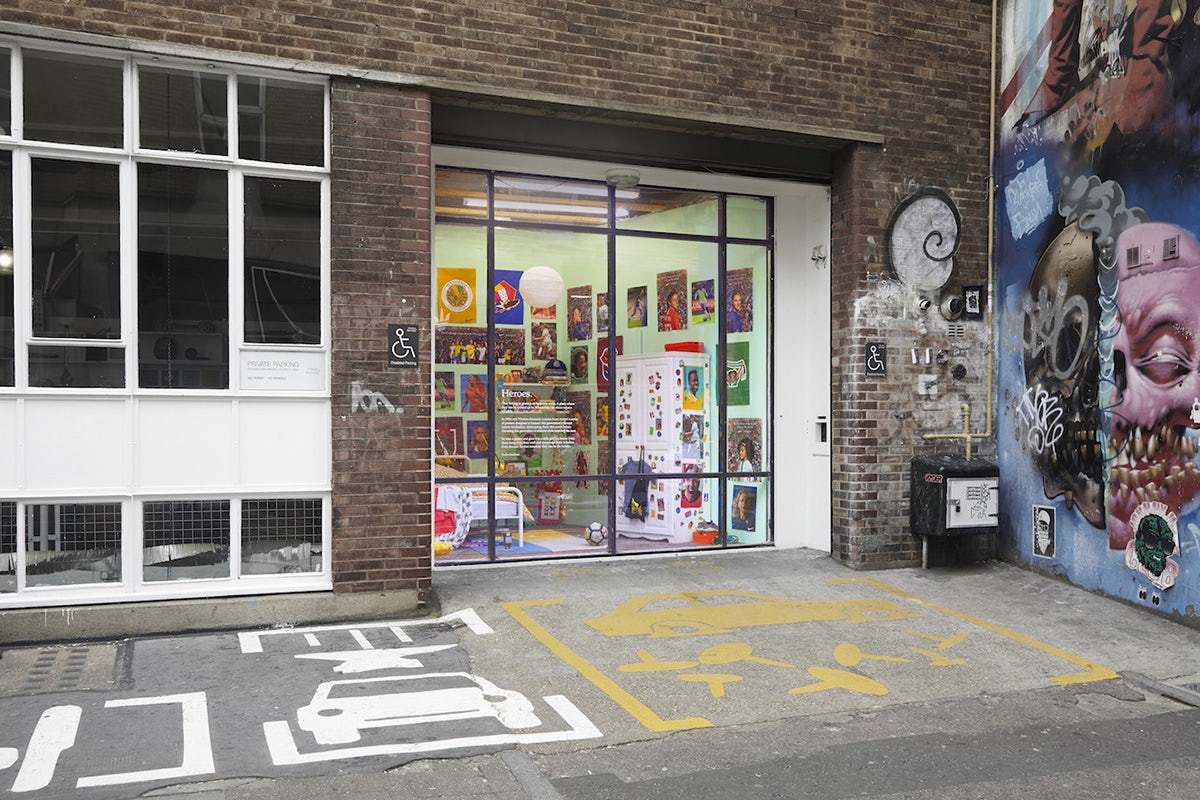 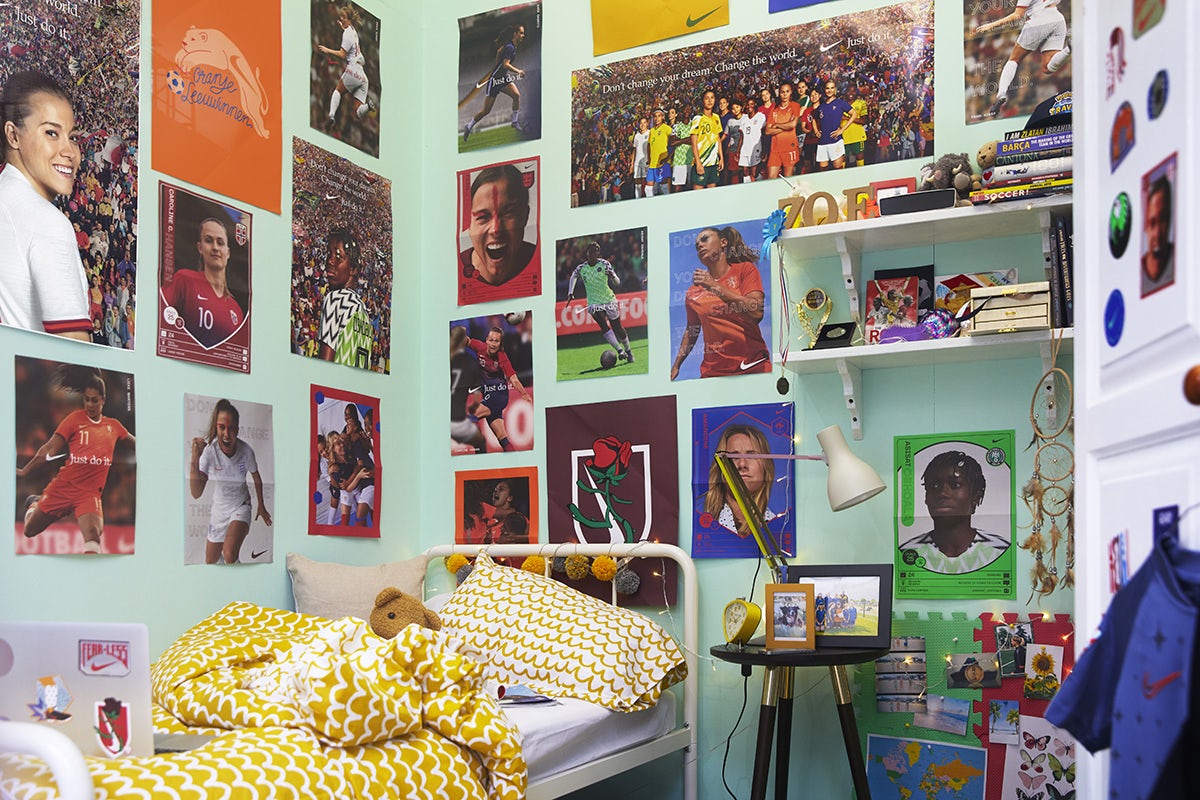 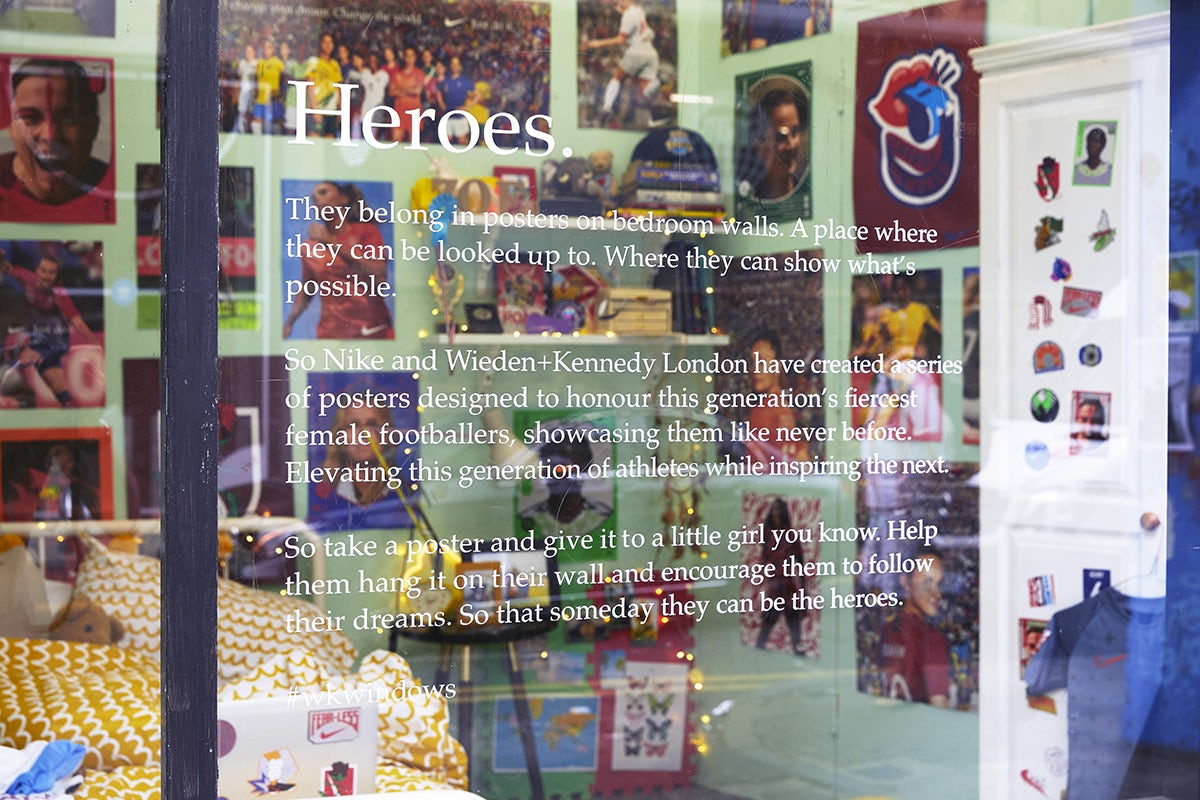 Nike created 94 designs for the space, which have been turned into free prints and stickers that anyone can take away with them. More than one million of them have also been distributed via sports clubs, cinemas and magazines.

The exhibition is open until July 7 at 16 Hanbury Street, London; wklondon.com