Wolff Olins has created the new brand identity for global healthcare company GSK (formerly GlaxoSmithKline), aiming to better express its focus on innovation. The agency was brought on board around 18 months ago having won a competitive global pitch to help GSK develop its new purpose, voice and identity.

According to David Stevens, executive strategy director at Wolff Olins, GSK was “determined to do something bold”. The agency was briefed to create a “visionary brand” that matches GSK’s ambitions and could help inspire its many stakeholders, including new talent that might otherwise be drawn to work at smaller biotech start-ups or big tech giants.

The new branding also precedes GSK’s proposed demerger this year, which will mean it focuses entirely on biopharma innovation, while its consumer healthcare business, Haleon, will start life as an independent company. The main result of these changes will be a new focus on research and development around the science of the immune system, human genetics and advanced technologies at the heart of GSK’s strategy. 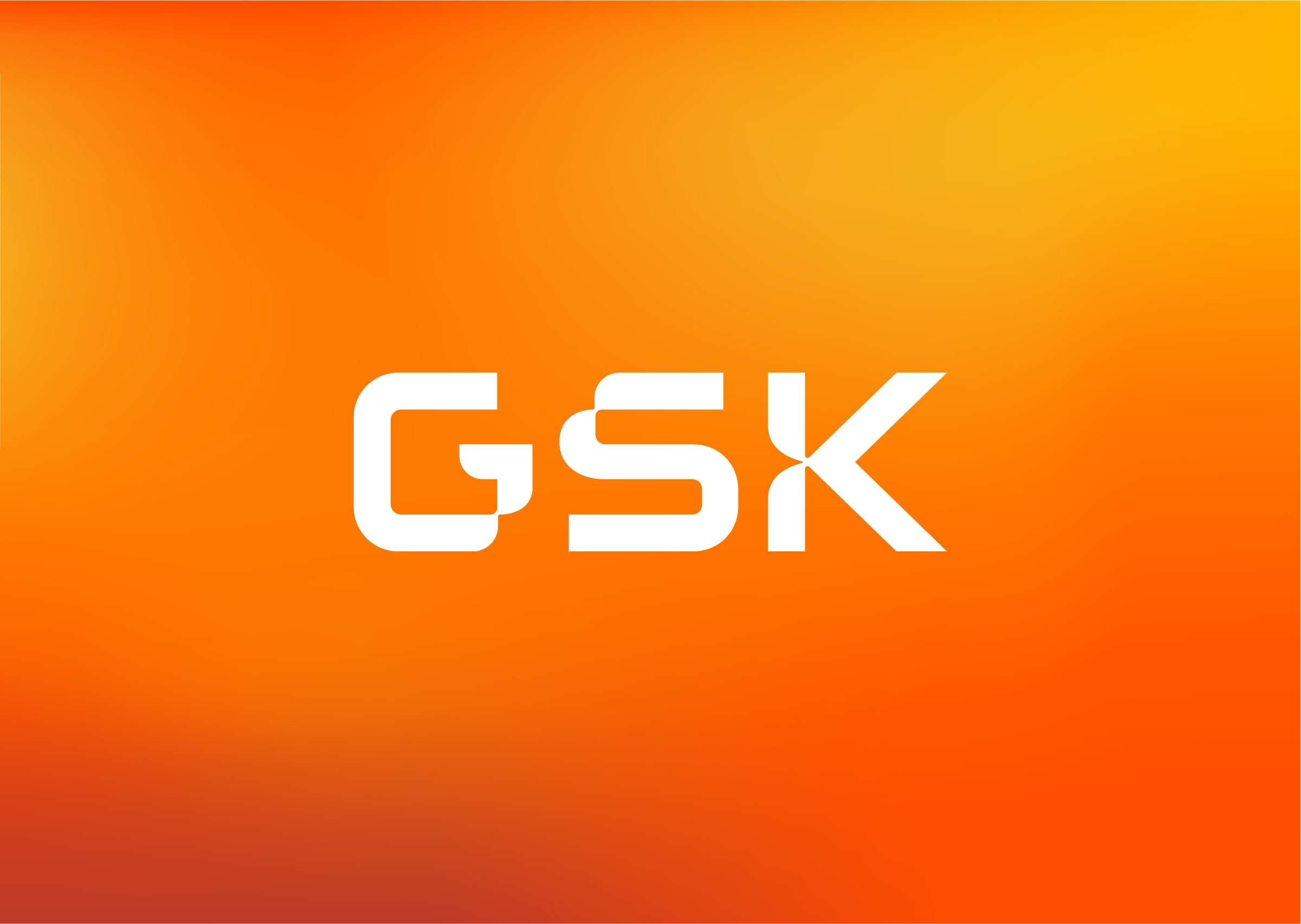 “From the first moment we spoke to GSK, we understood they wanted to make a real statement – to their people and partners as much as to investors and the media. It was time to bring to life GSK’s purpose and strategy and accelerate their culture,” says Stevens. “What excited me most about all this was the desire to elevate GSK’s brand identity beyond the usual pharma brands and make a category-defining shift – towards something that would appeal to world-class talent at the cutting edge of science and technology.”

The GSK name and elements of the incumbent orange logo have been retained in the new identity. Stevens says that the decision to retain the orange was partly driven by the fact that “the world of healthcare is a sea of clinical sameness” and “orange helps GSK to really stand out and signal its warmth and energy, something the best healthcare professionals have in abundance”. The new branding modifies the tone to make it more vibrant and create what Stevens calls a “living gradient”. 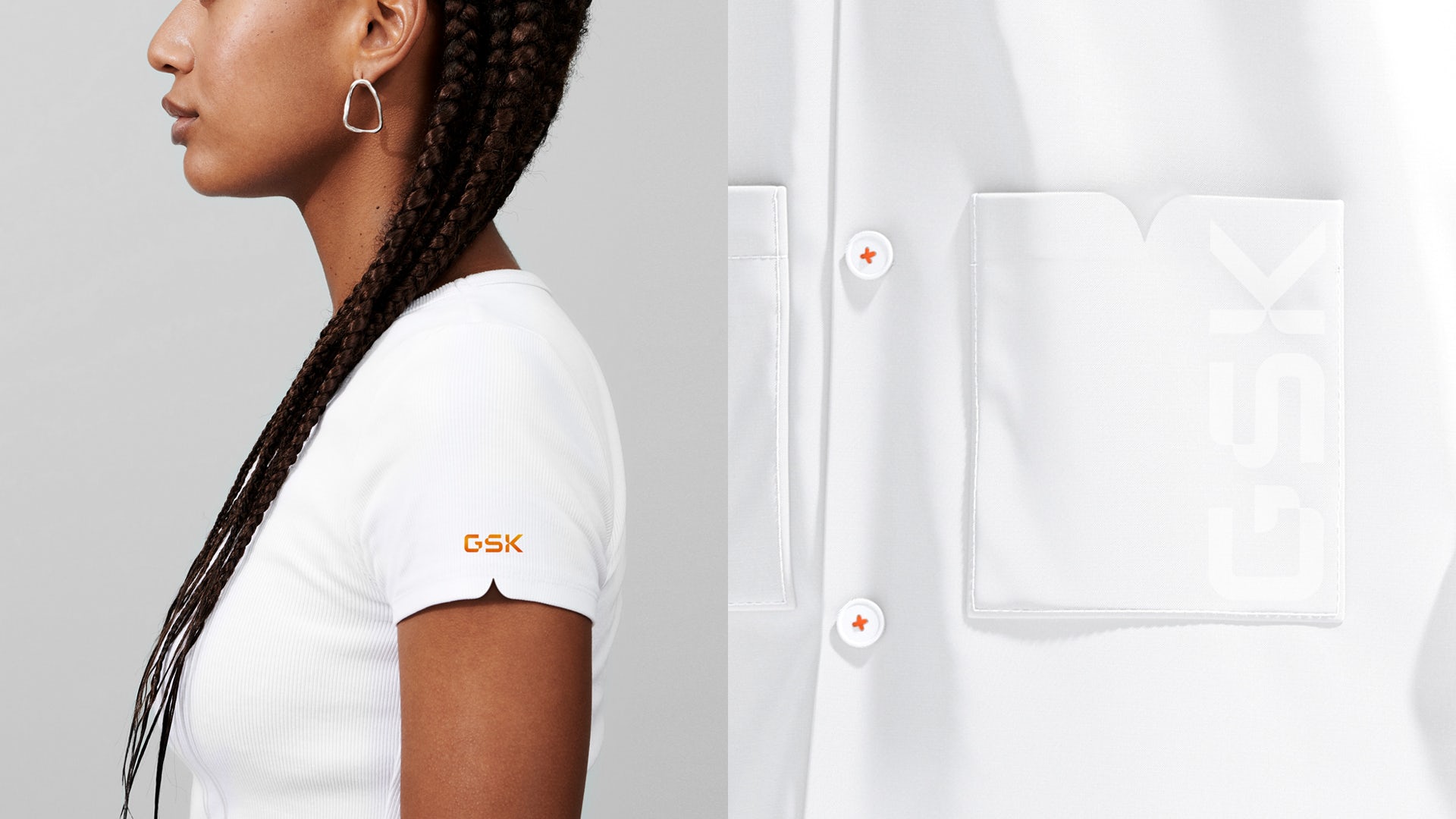 The new GSK logo acts as a sign that “always points the way ahead”, and is housed in a redesigned shape known as the “signal”. The new identity system was designed to flex, adapt and move to help engage audiences who encounter it across all touchpoints, from digital platforms to social to physical environments. “Today, GSK is a different company from the GlaxoSmithKline that launched in 2000, and the global context around it has shifted radically,” Stevens explains.

“So, whilst GSK are keeping the same name, we wanted to bring to life the company’s ‘Ahead Together’ purpose, which is all about innovation through collaboration. The new logo helps to do this by feeling more precise, more scientific and technologically advanced – and it features numerous curved forms that create an ‘orange thread’ across the rest of the brand.”

The new designs are inspired by imagery found in biosciences, with curved forms added to the logo that aim to evoke the adaptability of the human immune system and “remind us of the constant need to evolve”, says Stevens.

Legibility was a key priority, and type foundry F37 created a custom typeface for the new branding called GSK Precision that used ink traps that mirror the precise shapes of the logo to ensure the typeface was readable across on-screen and print applications. The identity also contains a series of adaptable 3D forms enabling GSK to “shape environments that suit all users”, Wolff Olins adds.

The agency worked in close collaboration with the team at GSK to develop a branding system that would work for everyone in the business. Wolff Olins overhauled the brand’s photography of its talent and partners to “include people and patients from all walks of life, meaning people of multiple nationalities, ages, faiths and abilities”, Stevens explains. 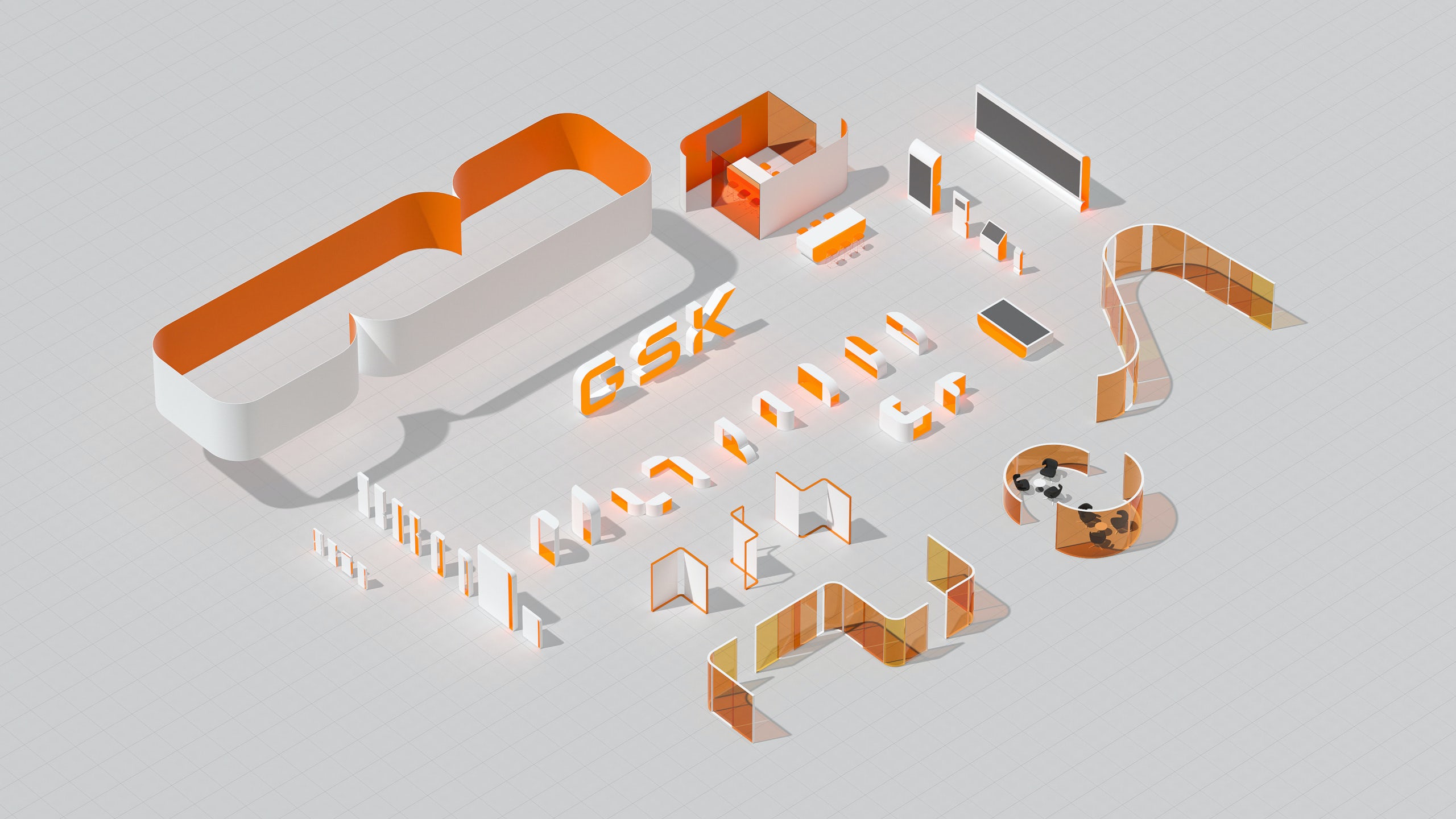