Wolfgang Tillmans is the first to admit that he is not a “huge opera person at all”. In fact those familiar with his work are more likely to associate him with techno and the rave scene, through his candid photographs taken in clubs in the 1990s and his own work as a producer, which has recently seen him collaborate with Frank Ocean.

So he makes for an intriguing choice for the English National Opera in London to approach as a set designer for its new production of War Requiem, which opened last Friday and runs until December 7.

Tillmans was initially drawn to the subject matter – Britten’s choral work features the anti-war poetry of Wilfred Owen and is described by the ENO as “a passionate outcry against man’s inhumanity to man” – plus the fact that the artist had recently created a major sound and video installation for Tate Modern made the proposition timely. 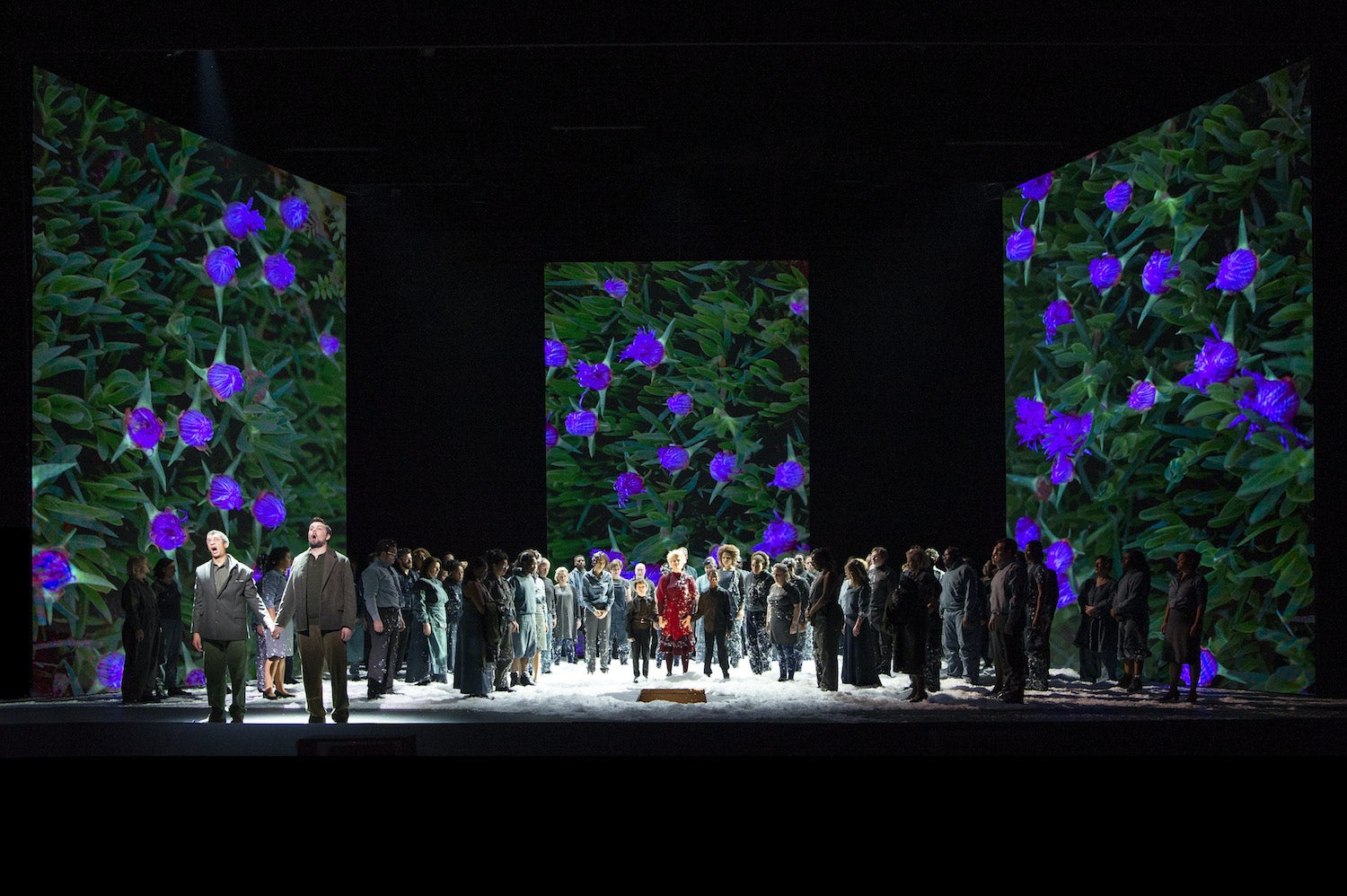 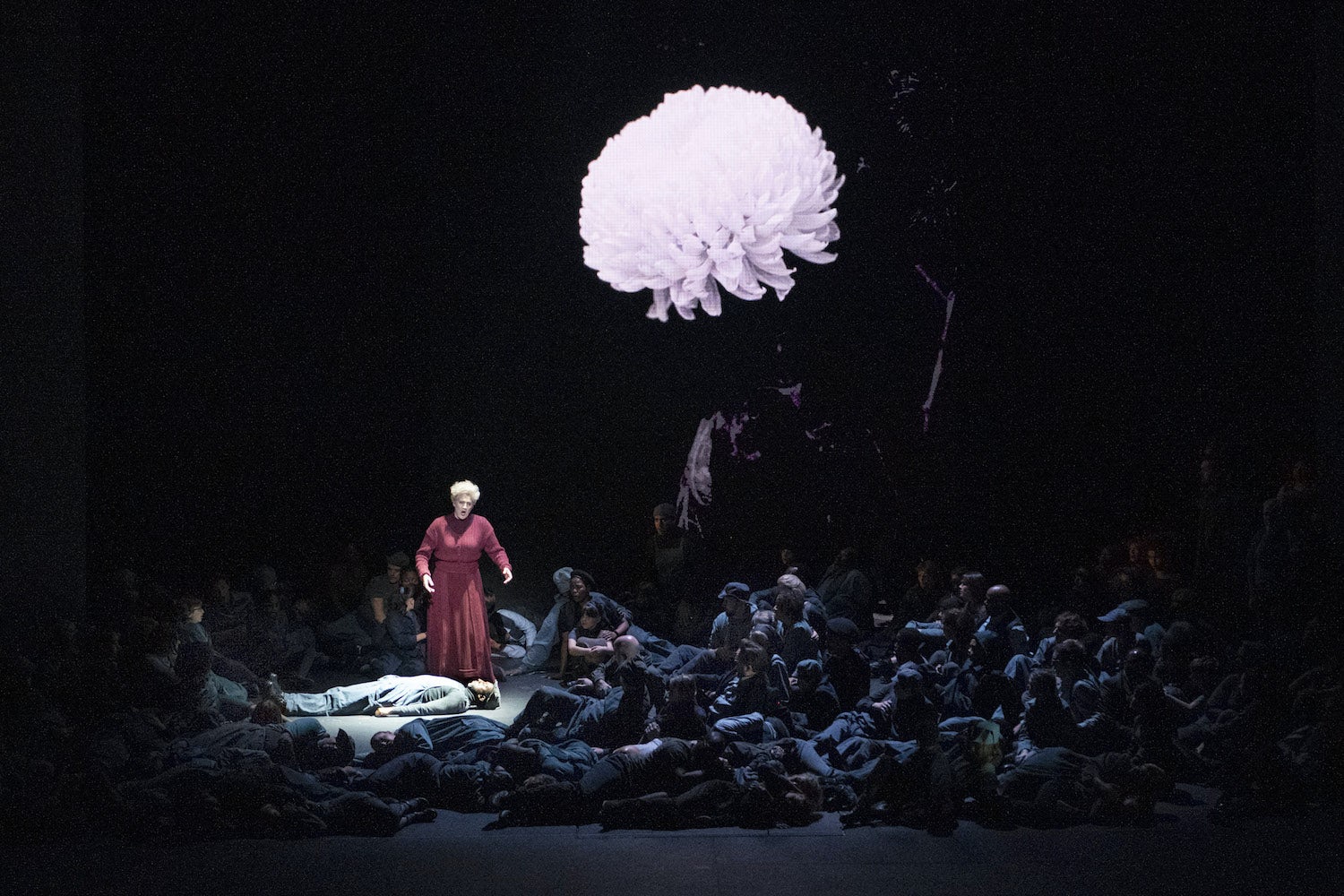 “There is a long tradition for artists to do stage design and opera. I have never been asked before but when I was, it felt like that it would be something I would be interested in,” he says. “Then I had just done this ten days sound and light and video installation at the South Tank at Tate Modern, so had ventured into that time-based, spatial media anyway. When asked by the ENO, my instant thought was ‘I’m not going to work much with photography, I want to do a lot of work with lights and everything else that’s at play’. “

Tillmans was given free rein by the ENO to contribute his vision across the entirety of the show. “Daniel Kramer, the artistic director of the ENO, who directed this piece, was extremely open to have my input on all fronts,” he says. “It was a very involved process.

“The portfolio of the designer does include everything you see – it starts with the poster of the production, but it goes as far as the costume design. With the costumes I decided not to do it all myself, but I engaged a brilliant designer – Nazir Mazhar – and I’m working with him.” 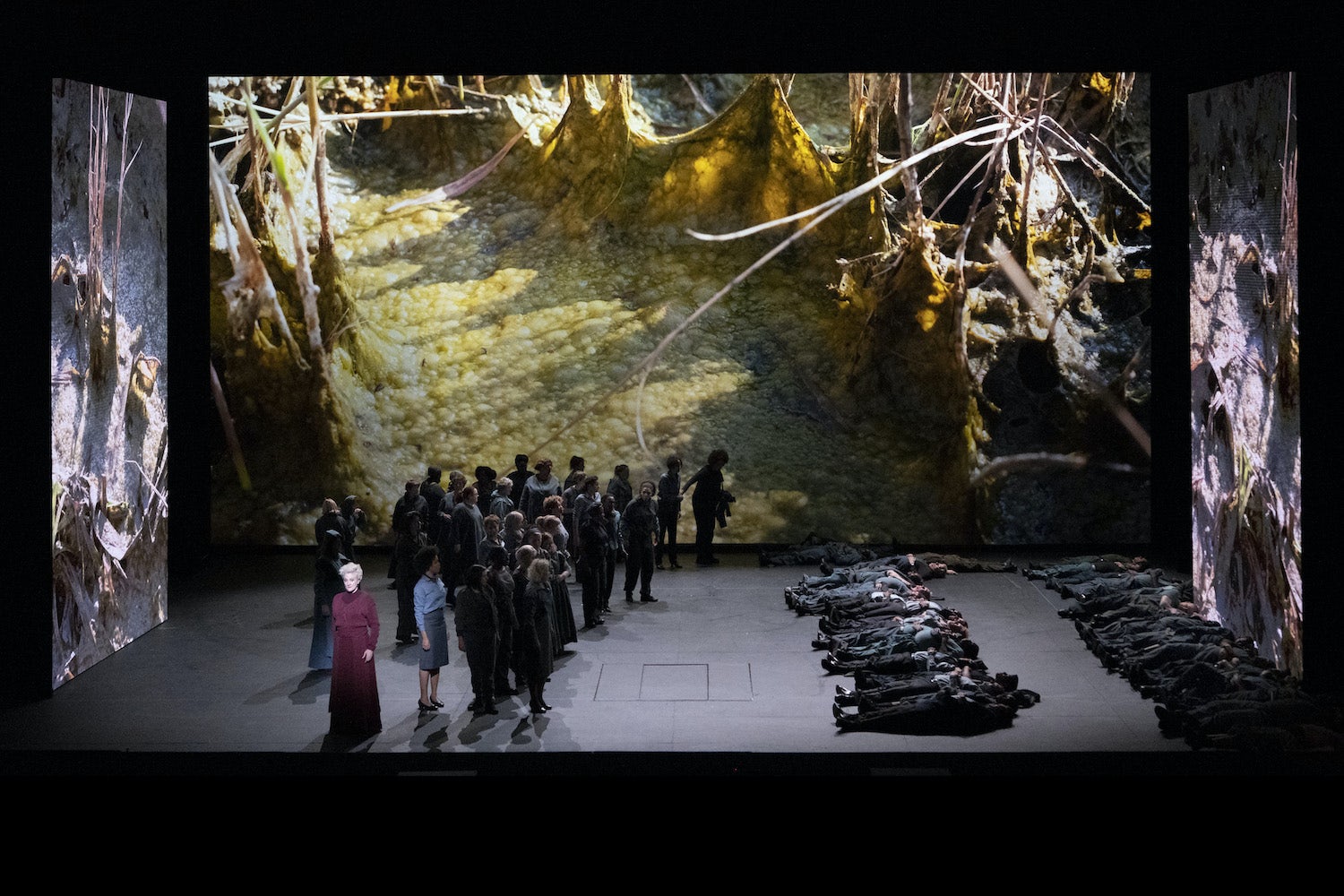 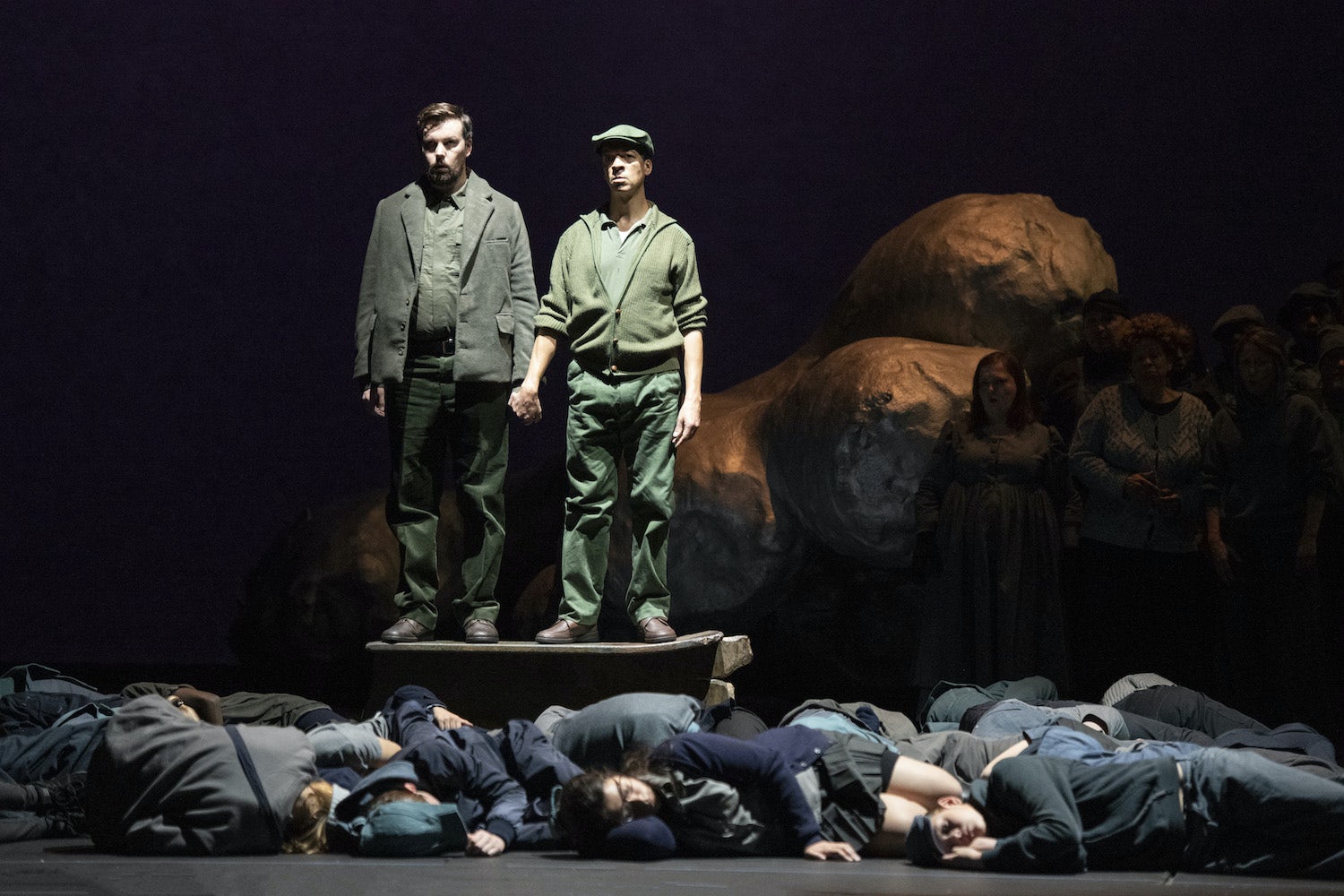 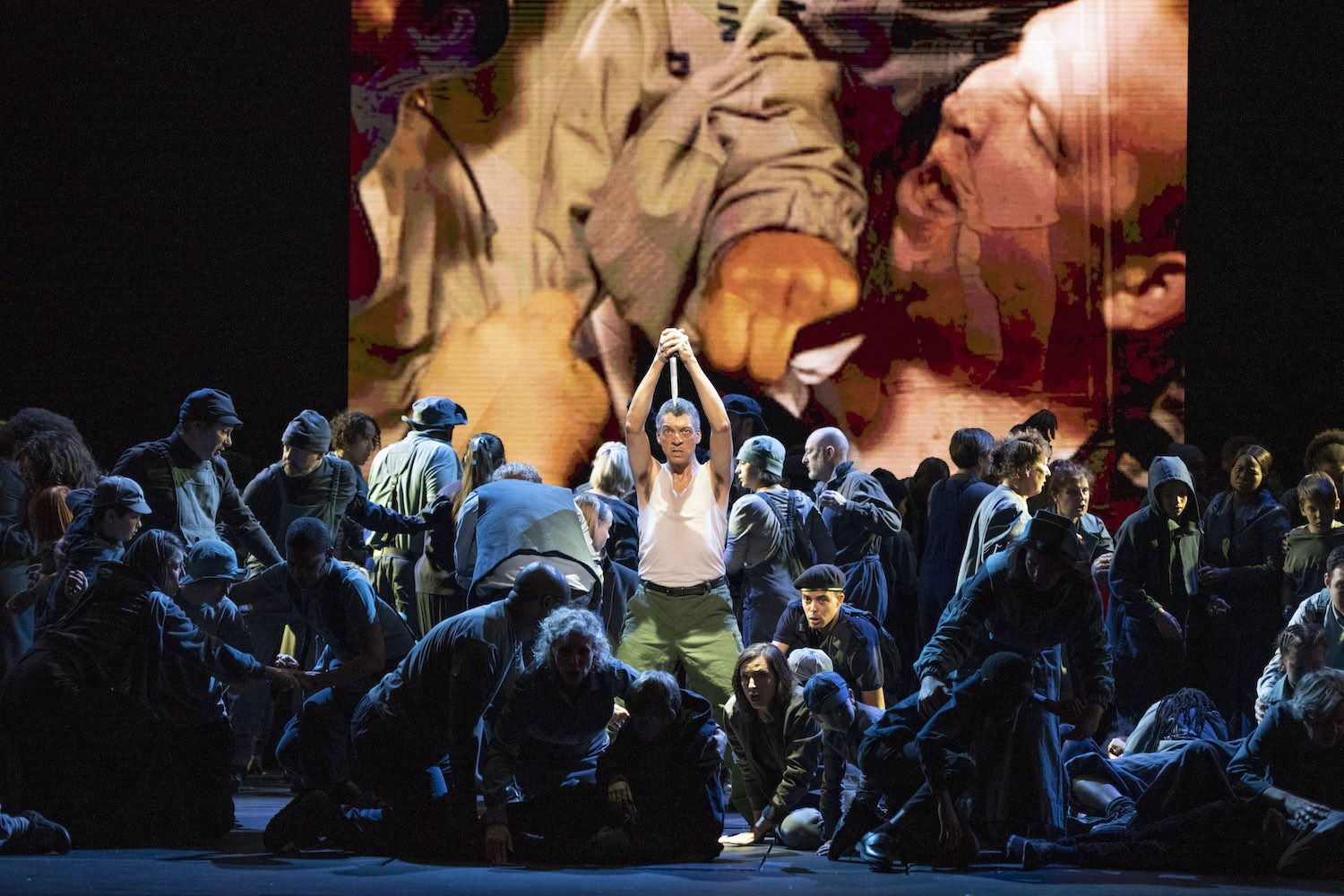 Tillmans was keen that the performance should not be rooted in one particular time and place – even though it is being put on by the ENO to mark the 100th anniversary of the end of the First World War – and worked with Mazhar to articulate this though the costumes. “I didn’t want the costumes to be overly dateable,” he explains. “That was a fundamental decision I was entrusted with.

“Some garments are outright contemporary, like hoodies, and others are blacksmith aprons that could be from 100 years ago or 30 years ago, but it is all unified by a very specific colour range. The [way I described it] is it shouldn’t be uniformed but should be unified, and Nasir has done a good job in making this a reality.”

While Tillmans was determined not to use photography as a starting point for creating the piece, the medium he is most famous for does make appearances in the set design. He displays pages of a book called War Against War, a pacifist title from 1927, at the start of the opera and also projects images on to LED screens at certain points.

“There are individual pictures – for example, a cloudscape, a skyscape that I took from an airplane that will be on for literally six minutes. It was very important for me not to overload people and not to have this constant change, but to do justice to the music, to the content. And not use everything – even though it is high tech, it tries to be subtle and not bombard people with imagery. Though there is then one moment where there is a bombardment with tribal pictures of contemporary guys fighting in different football brawls.” 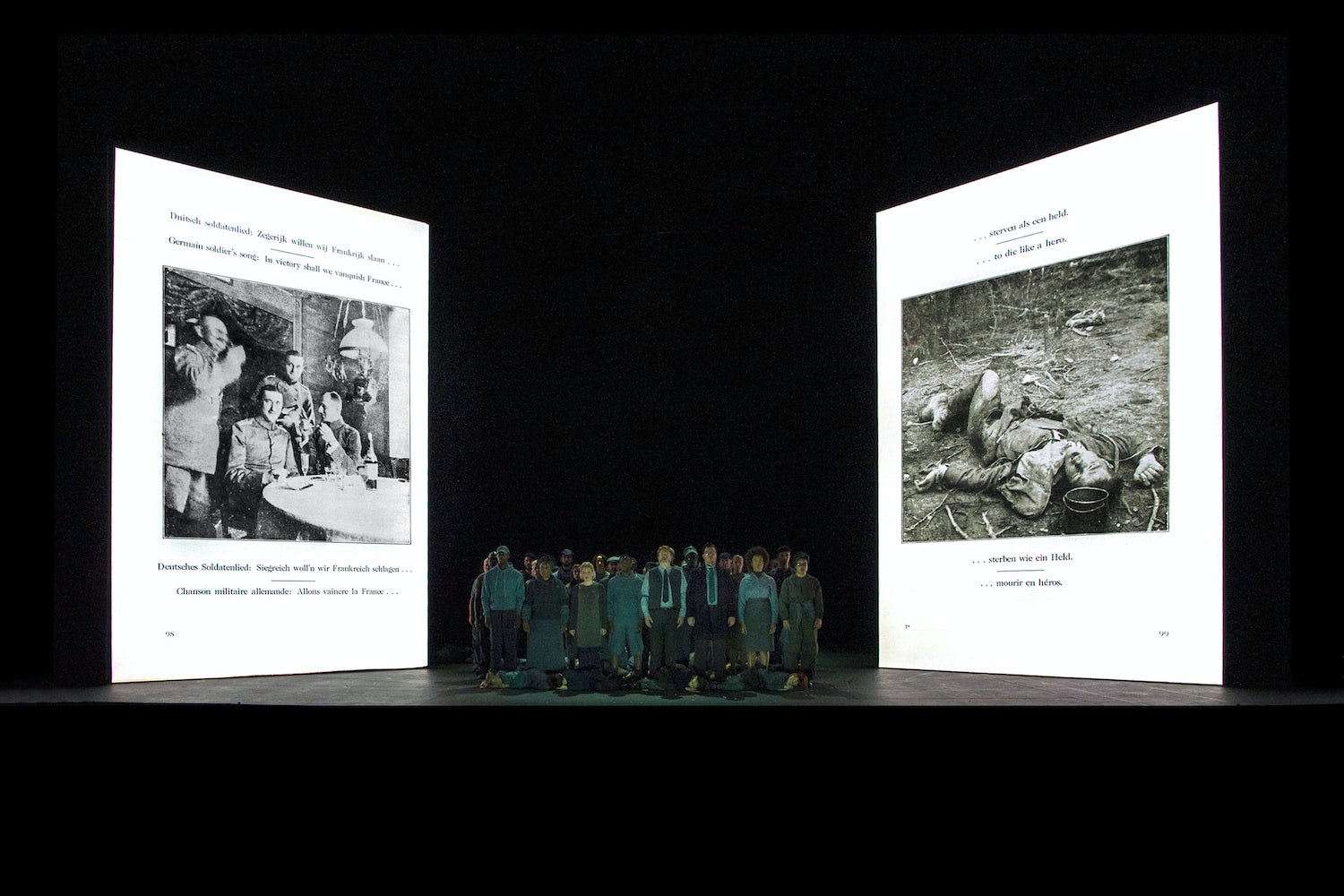 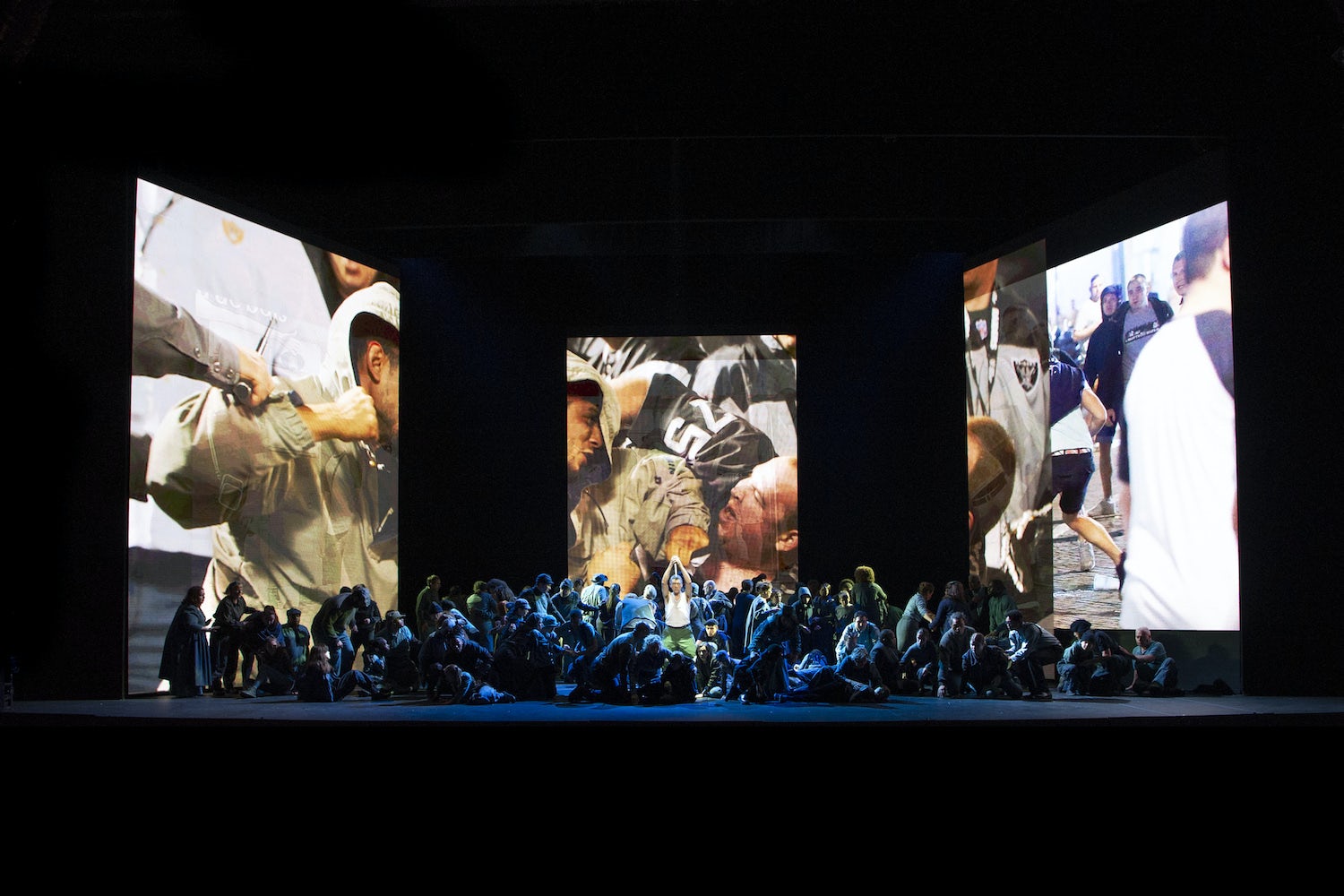 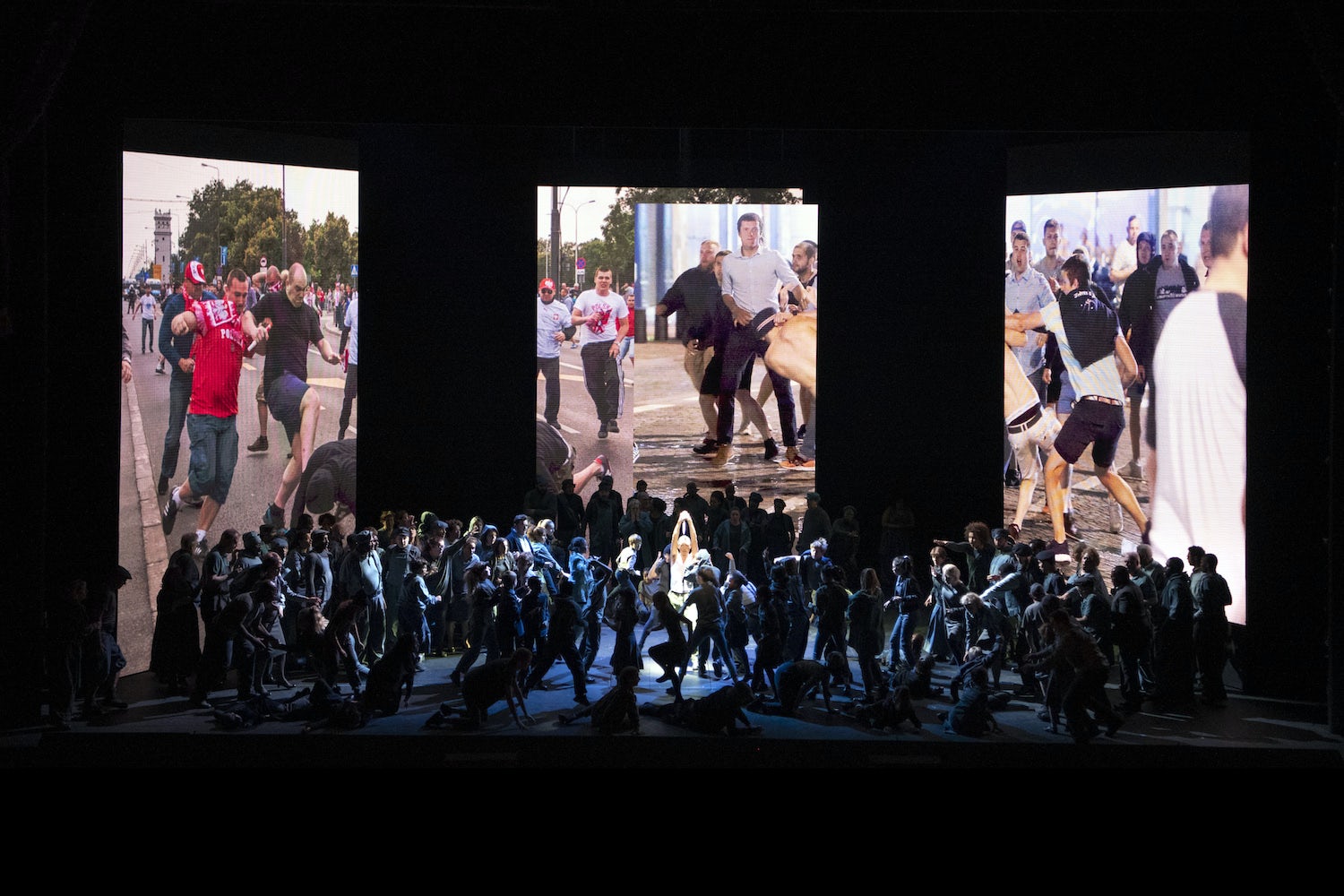 He has also created a sculptural object for the set. “I wanted there suddenly to be something that is of a very physical presence,” he explains, “because normally you have the very physical presence of 120 singers, plus the three soloists – there’s 40 women, 40 men and 40 children. So there’s a lot of people. But then I wanted there to be this massive object which is a metallic, molten material, and around it over 150 pieces of debris will be assembled by actors passing debris – you know like in the pictures from after the war and people clearing up the bricks.

“On the one hand there’s abstract, strange, otherworldly but very physical matter and on the other hand this mangled, broken material that man has destroyed. That will hopefully create a strong picture and contrast.” 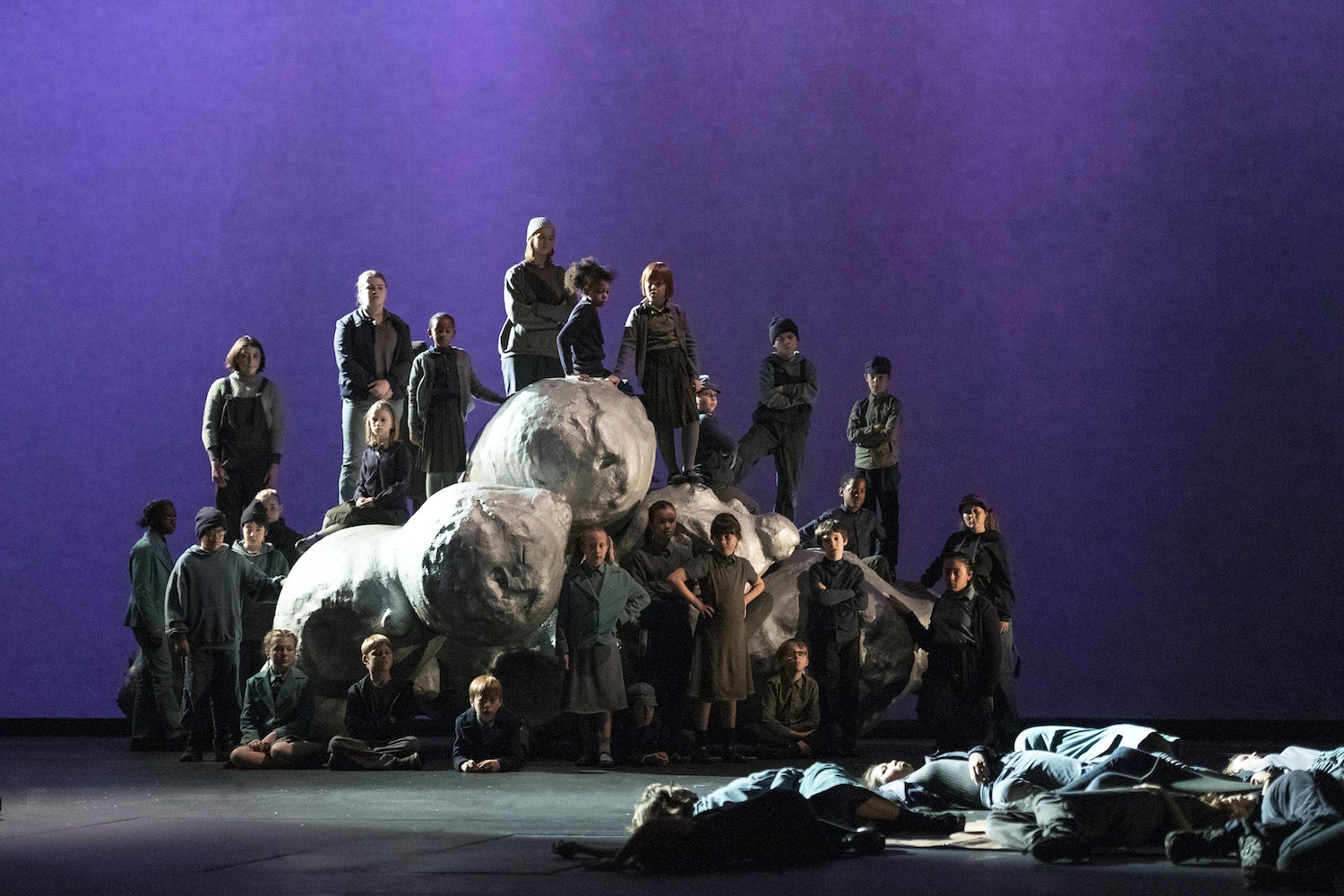 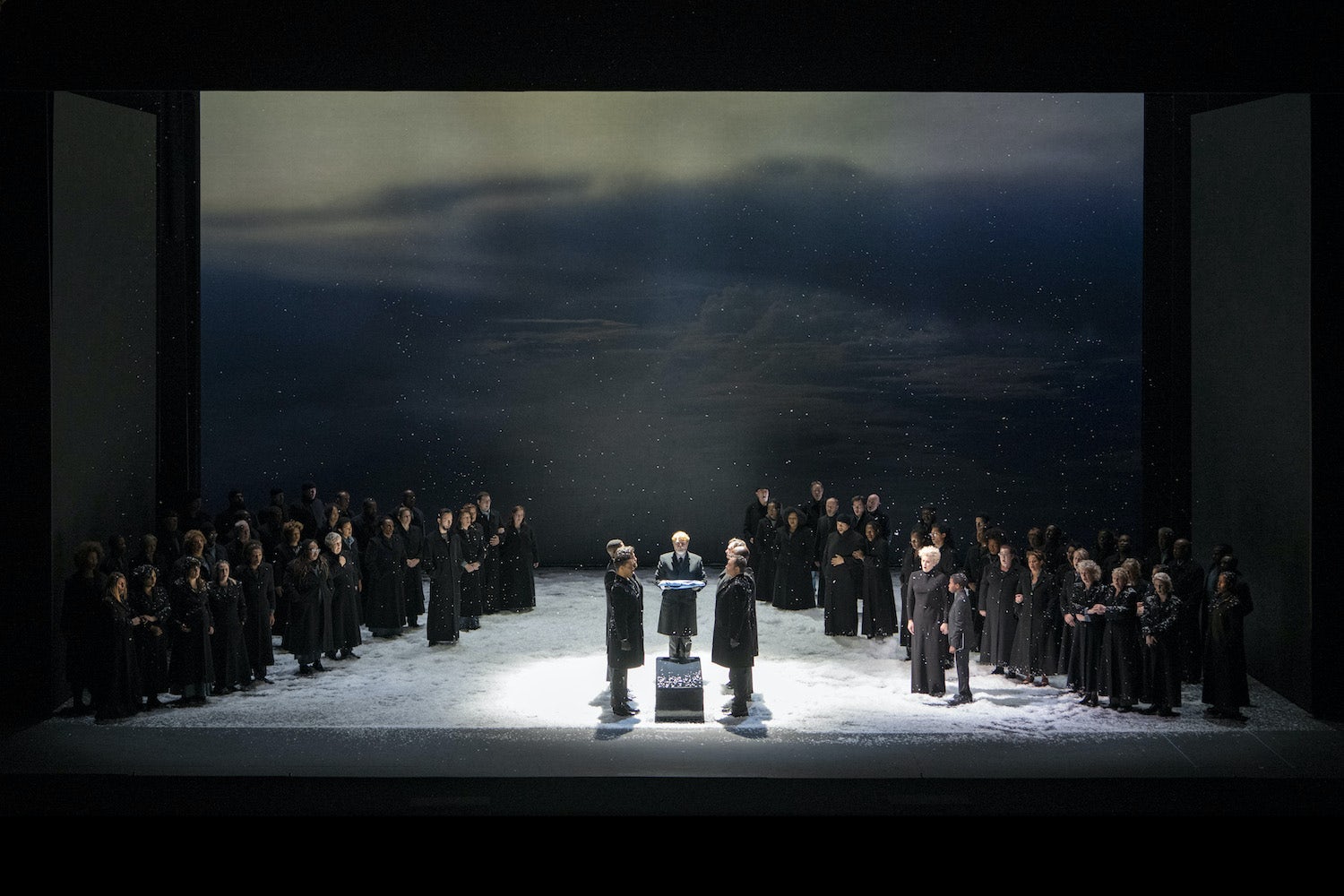 “I don’t really do a lot of completely invented photography shoots – there’s always an element of reality,” he continues. “But here there is literally nothing – if you don’t put it there, there’s nothing there.

“Another central point of departure for me was the words. On the one hand, the words in opera are famously hard to understand, but I first started with reading the text and it had an incredible beauty, in part of course because of the poems of Wilfred Owen. So I pulled out individual words or lines and let them stand as typographic images on the backdrop or on these screens. So really the words become material and images.” 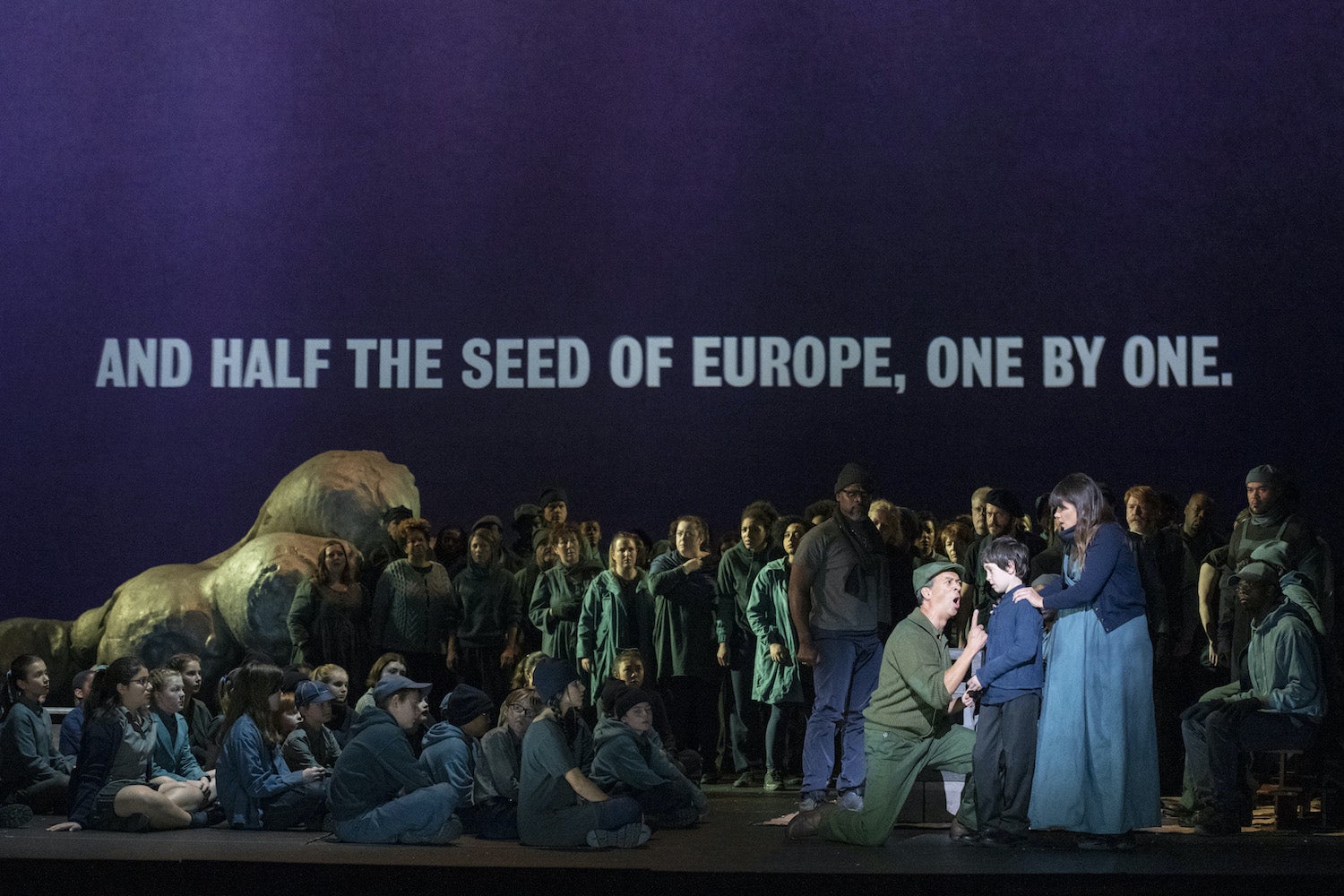 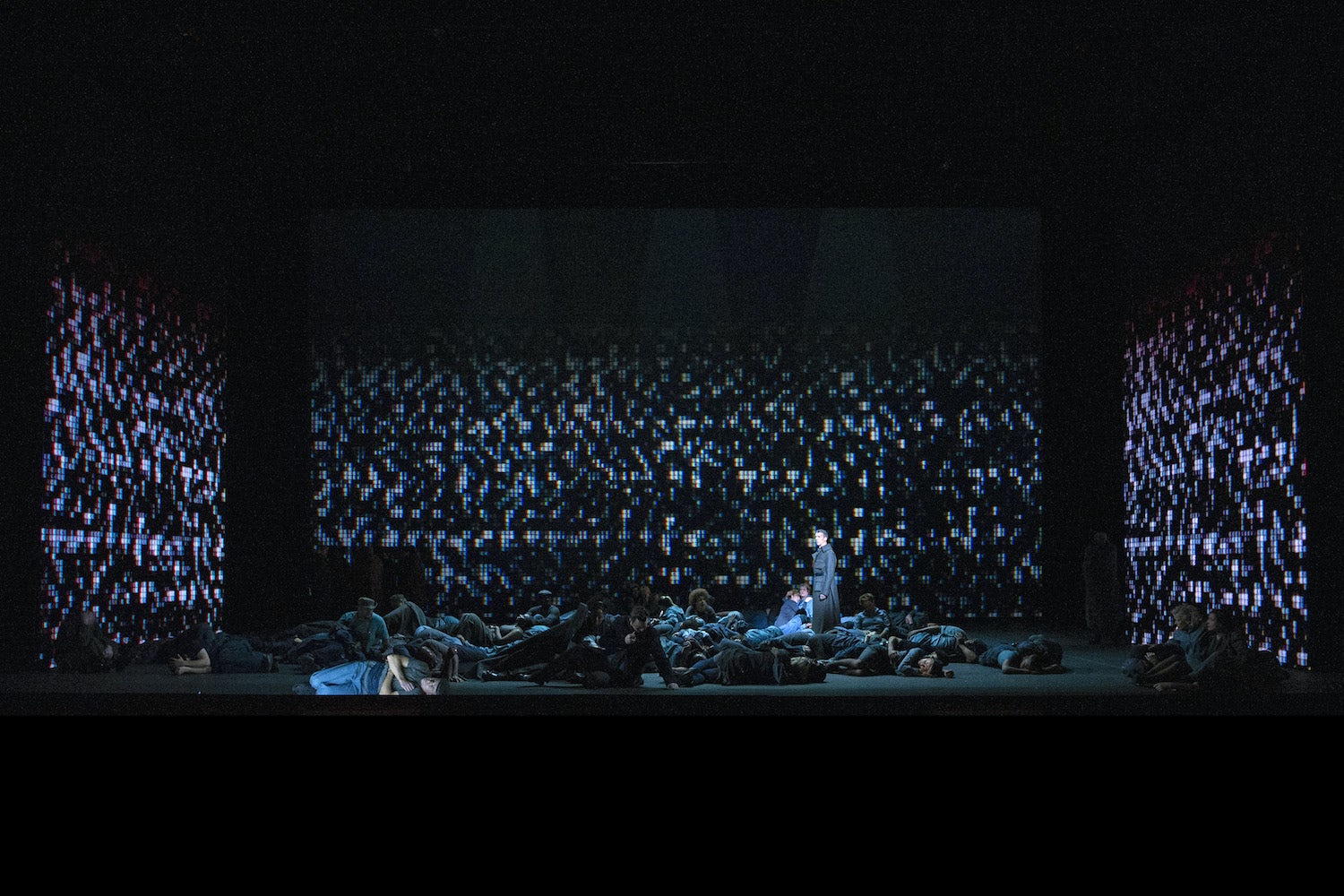 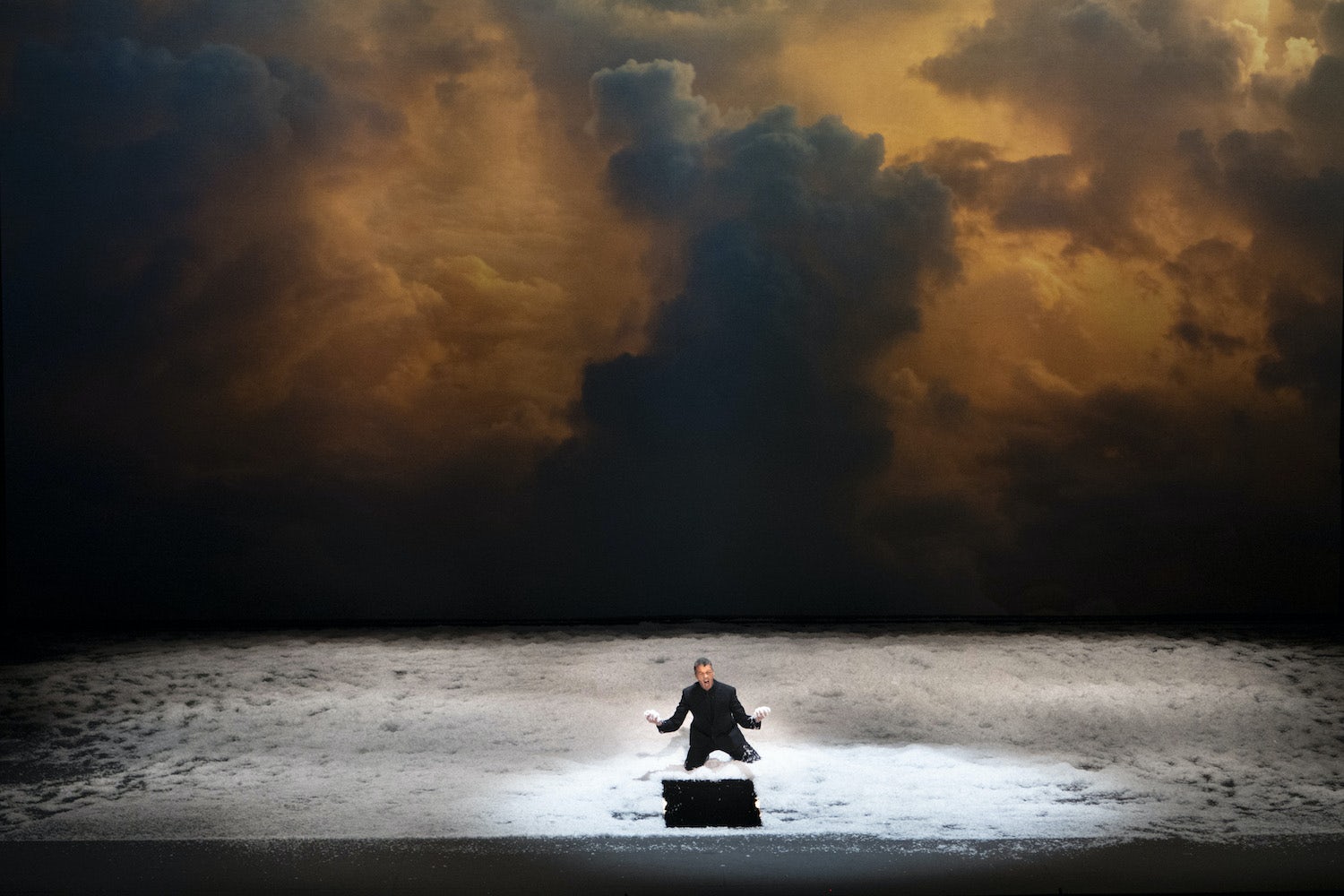 With opera companies struggling to reach new audiences, we are seeing increasing efforts to present new, experimental visions in performances, something Tillmans was able to bring to the ENO from his position outside the traditional operatic world.

Tillmans recognises that is in part the benefit he gives to the ENO but acknowledges how beneficial doing the project has been for his practice also. “Opera companies are obviously aware that they need to offer something new for new audiences, but the ENO has always been the more experimental opera house of the two big houses in London,” he says. “They have a much more experimental, not so traditional approach.

“I hope that it will be beneficial for me and them – that it attracts some people that wouldn’t otherwise go to their House, and for me I definitely have learnt so much. I’ve learned a whole new vocabulary you know – it’s been really a fantastic experience.”