Founded in 1974, Women’s Aid has been providing refuge for women and children experiencing violence and fear in the home for over four decades. Through its campaign work, the charity has also spotlighted some of the less visible aspects of domestic abuse.

In 2015 it successfully campaigned to make coercive and controlling behaviour a criminal offence in the UK, a move which resulted in the police recording over 17,000 incidents last year alone. 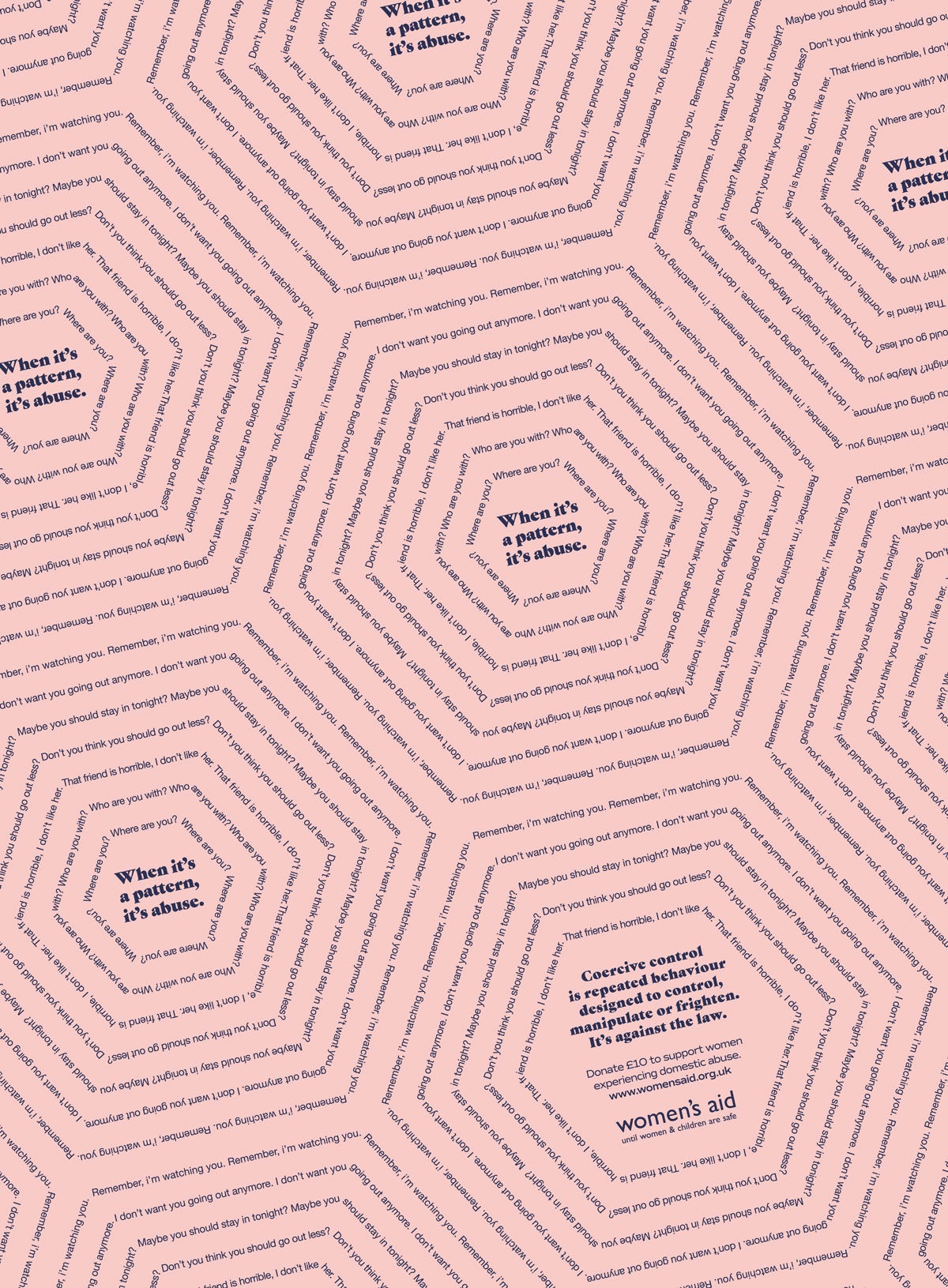 Its latest campaign also addresses the topic, using a print ad in the new issue of Vanity Fair to illustrate the recurring pattern of coercive control behaviours often carried out by abusers. Created by Engine, the striking ad takes the form of a colourful, patterned graphic, which on closer inspection reveals hidden messages of abuse.

“In this difficult time awareness of the work Women’s Aid does is even more crucial, especially as some people will now be forced into isolation with their abusers,” says Engine creative director, Chris Ringsell. “This creative execution highlights the menacing form of abuse that is coercive control, a pattern of repeated, controlling and abusive behaviour.”