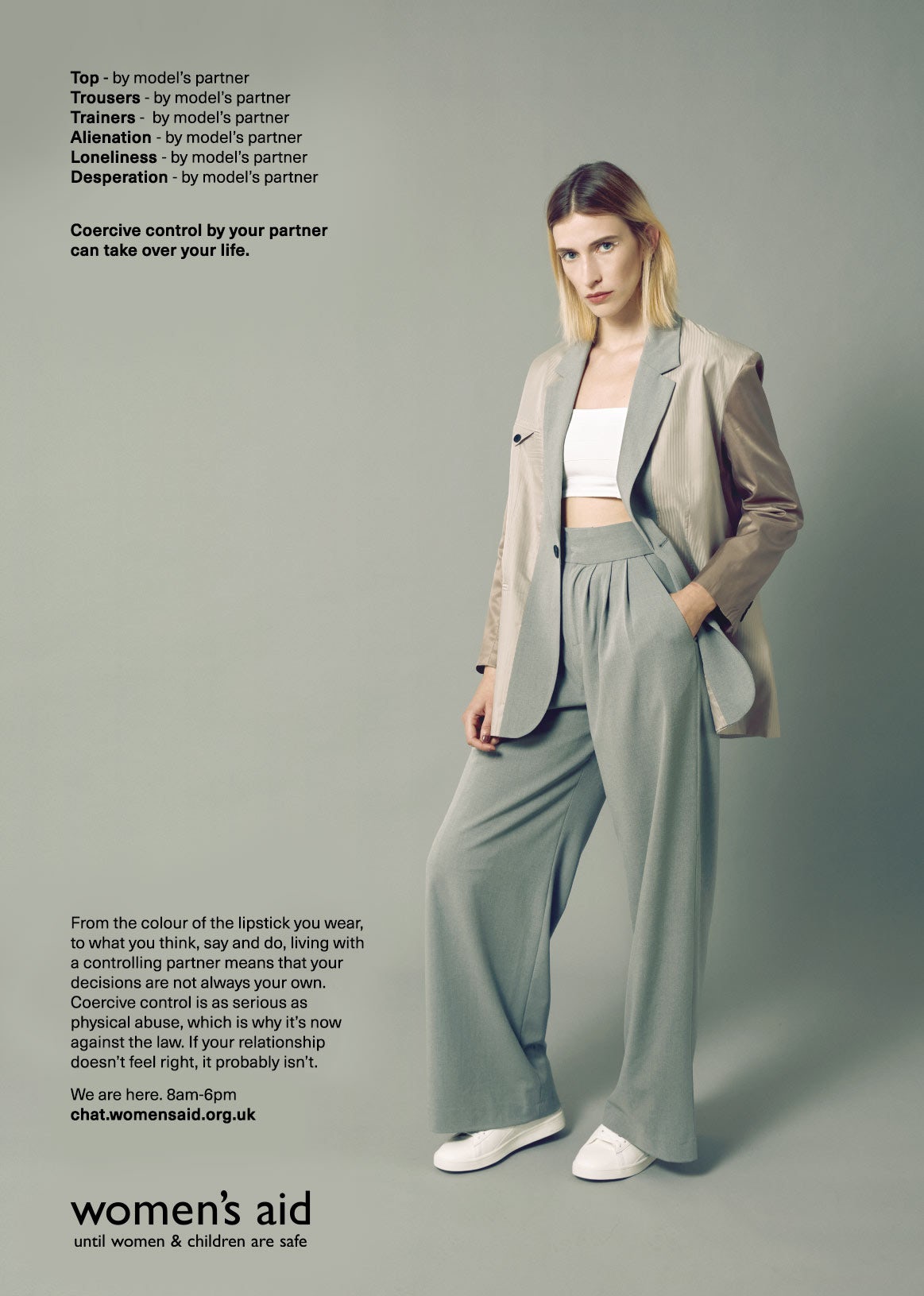 Coercive control, a pattern of behaviour where a partner controls or manipulates someone in a relationship, has been illegal in the UK since December 2015, and records of offences have been steadily rising, with a particular increase in cases during the pandemic.

Yet despite growing awareness of the behaviour, it can remain difficult to identify as it involves a series of behaviours that build and escalate over time, leaving emotional rather than physical scars. In order to help raise awareness, Women’s Aid has released this clever campaign, which emulates fashion editorial pages in magazines. 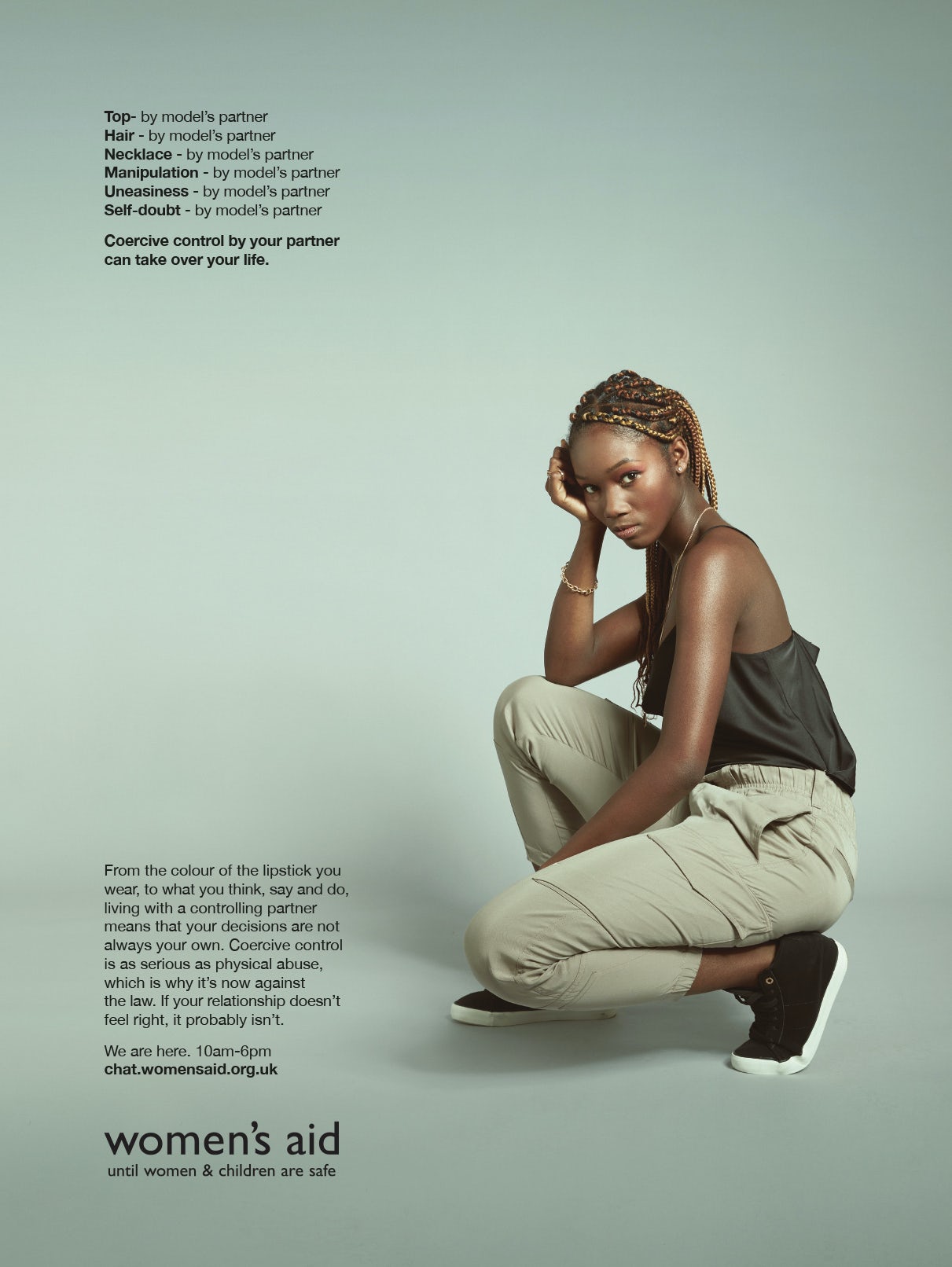 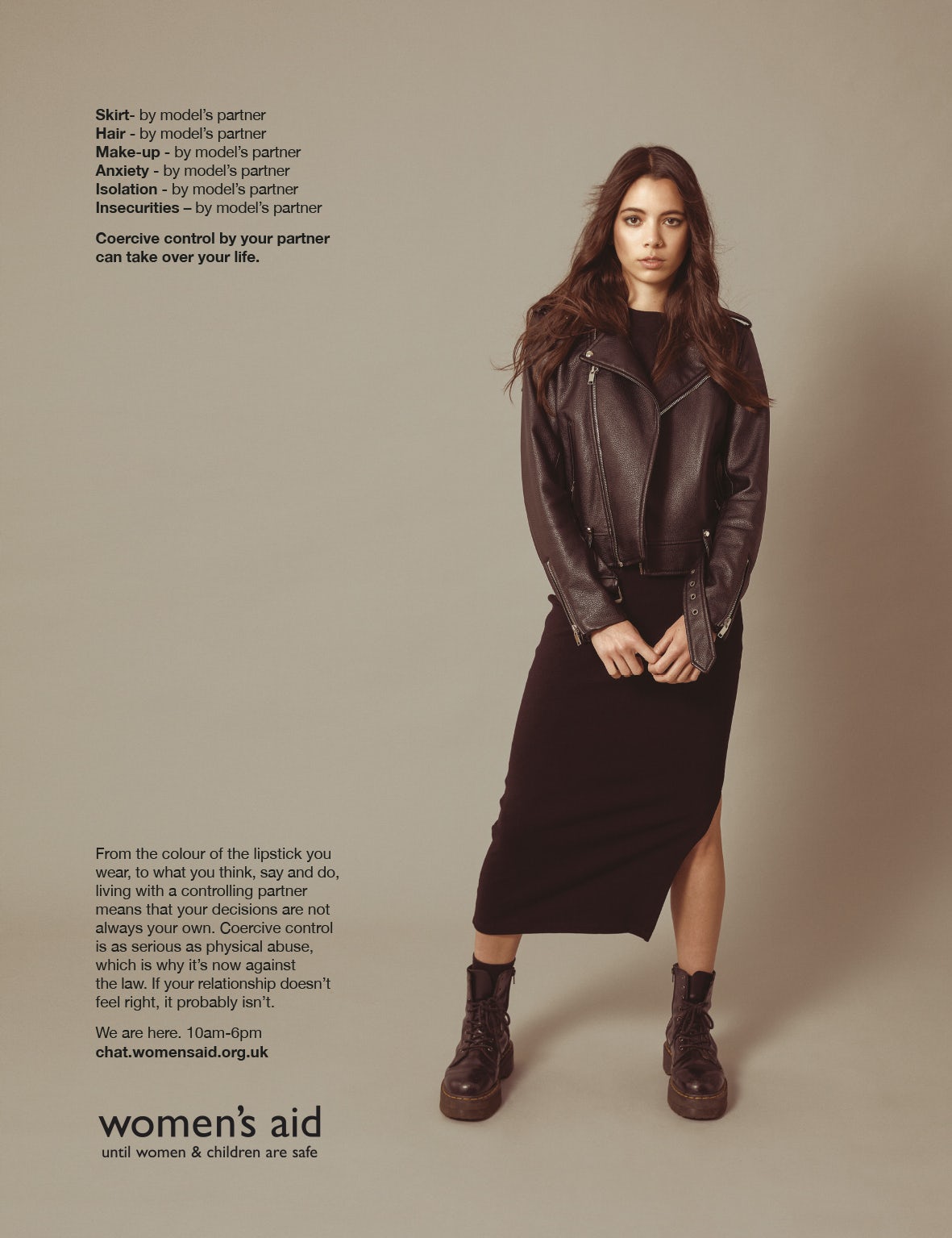 Titled Not Model’s Own, the campaign initially looks like a typical fashion spread, yet its copy reveals a different story. Instead of namechecking the stylist or designer in the credits, they instead show the control the partner has over the woman in the image.

The print and outdoor campaign will run in women’s magazines and in selected fast-food outlets, plus there are also moving image versions running on social. “Drawing young women in with aspirational fashion shots and then letting them realise there is a sinister vulnerability behind the glossy look will hopefully raise awareness of coercive control and help the viewer question anything that does not feel right in their own relationship,” says Christopher Ringsell, creative director at Engine Creative.