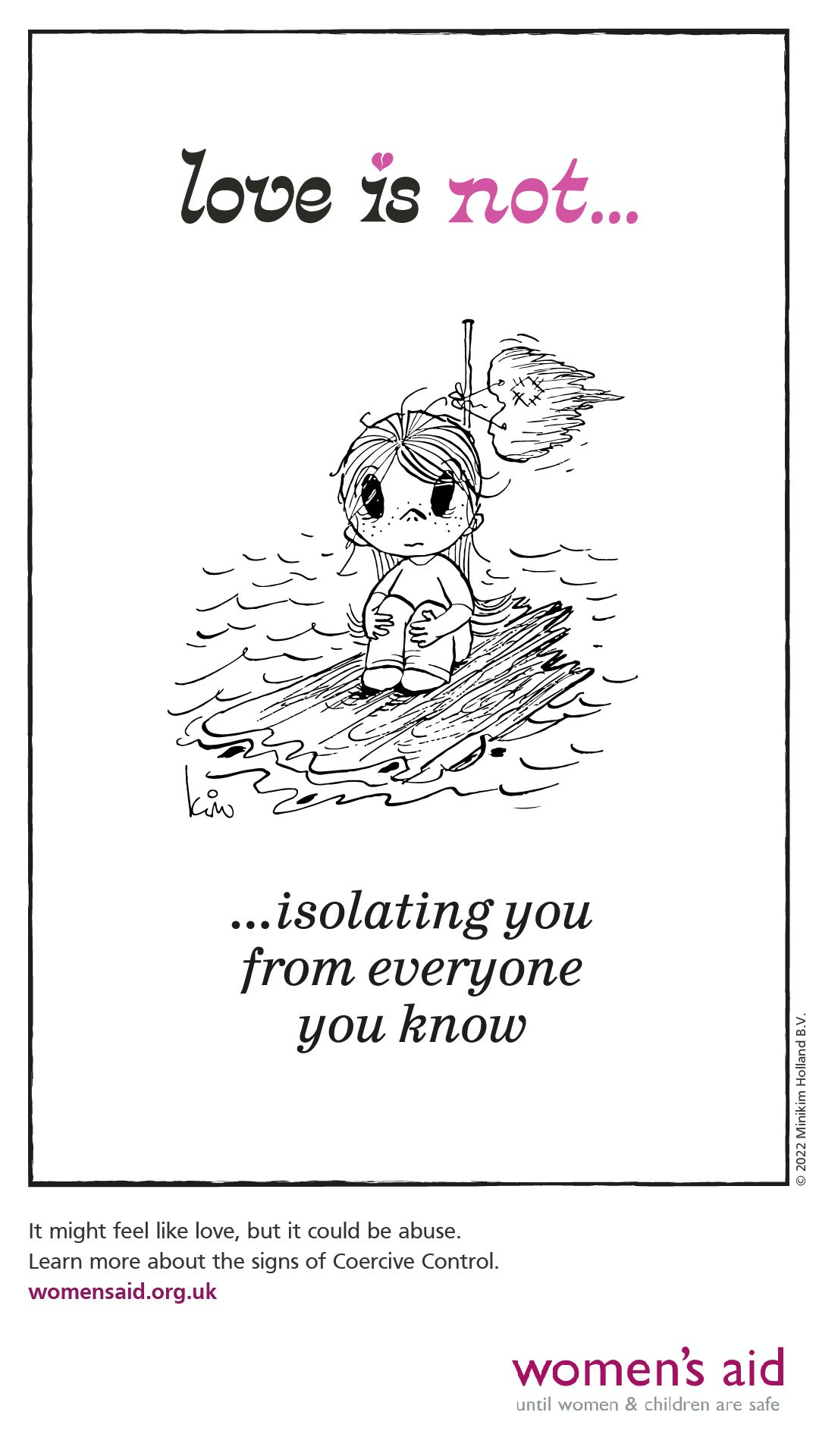 The ads are inspired by the original Love Is… series of illustrations, a set of love notes that New Zealand cartoonist Kim Grove originally drew in the 1960s for her partner Roberto Casali, which then became famous after appearing in the Los Angeles Times in 1970.

Here the messages are far from supportive and loving, and instead aim to emphasise some of the behaviours that can appear in relationships that are controlling and unhealthy. These include ‘telling you they’d die without you’, ‘monitoring your time’, and ‘repeatedly putting you down’. 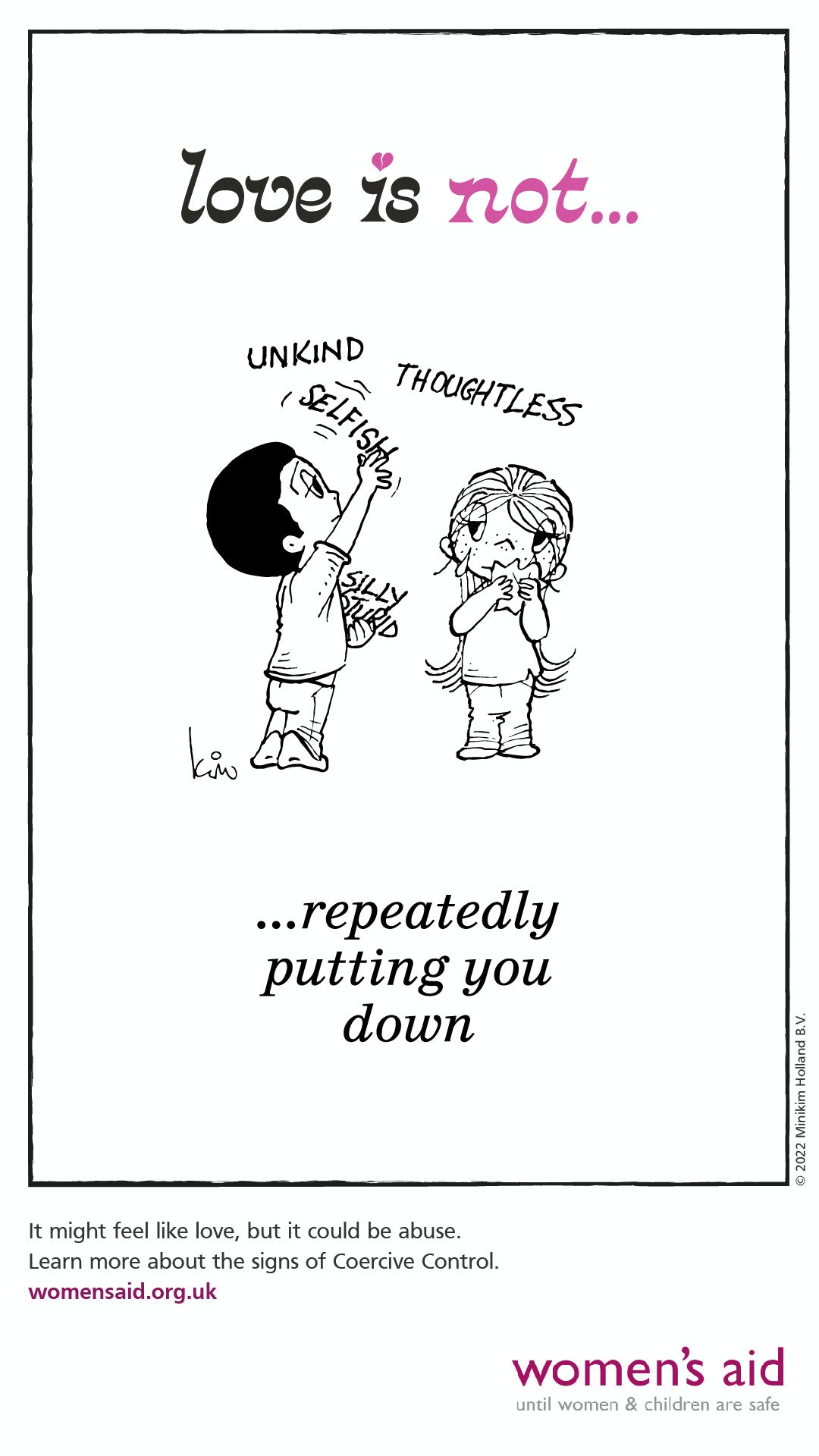 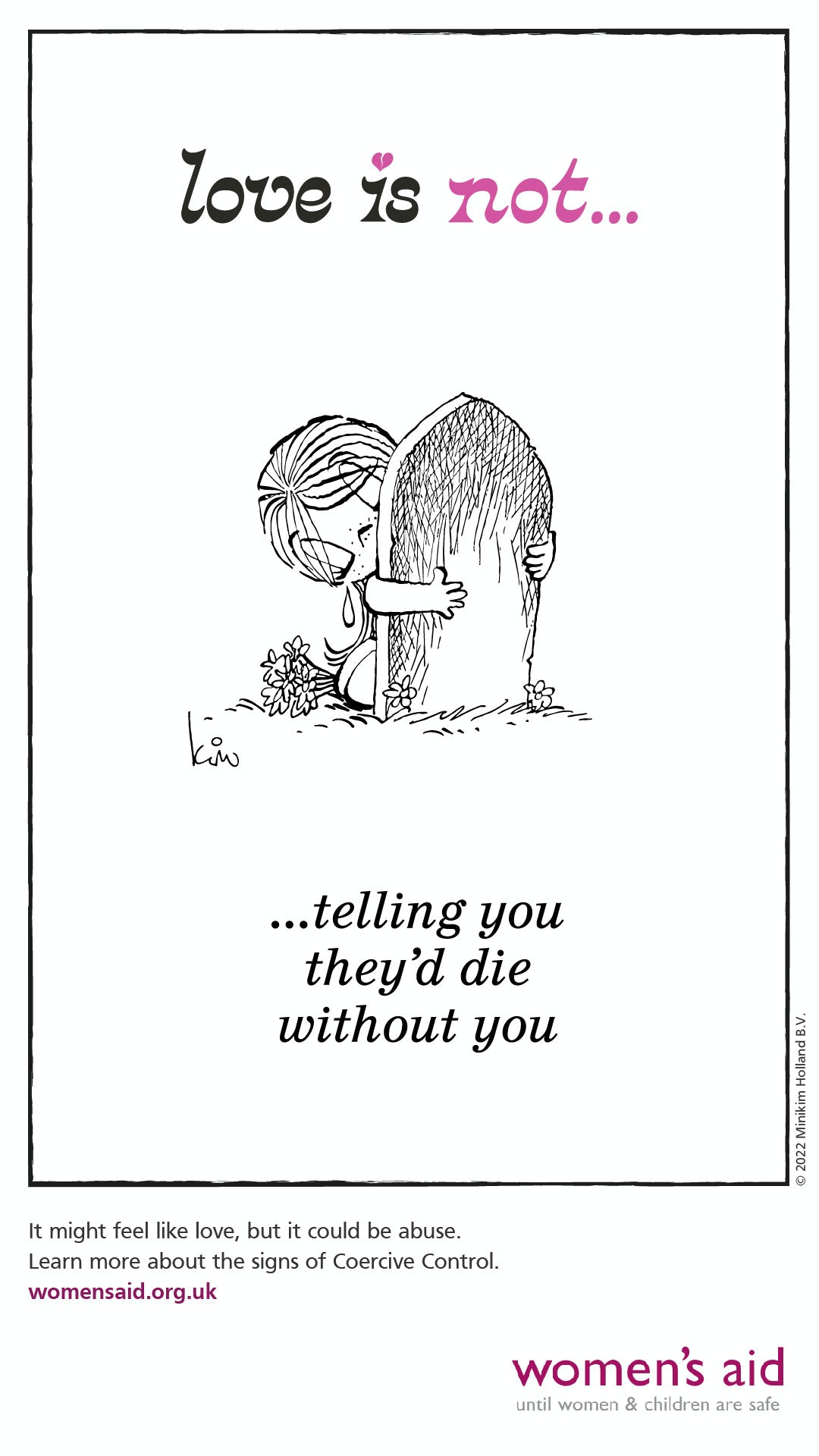 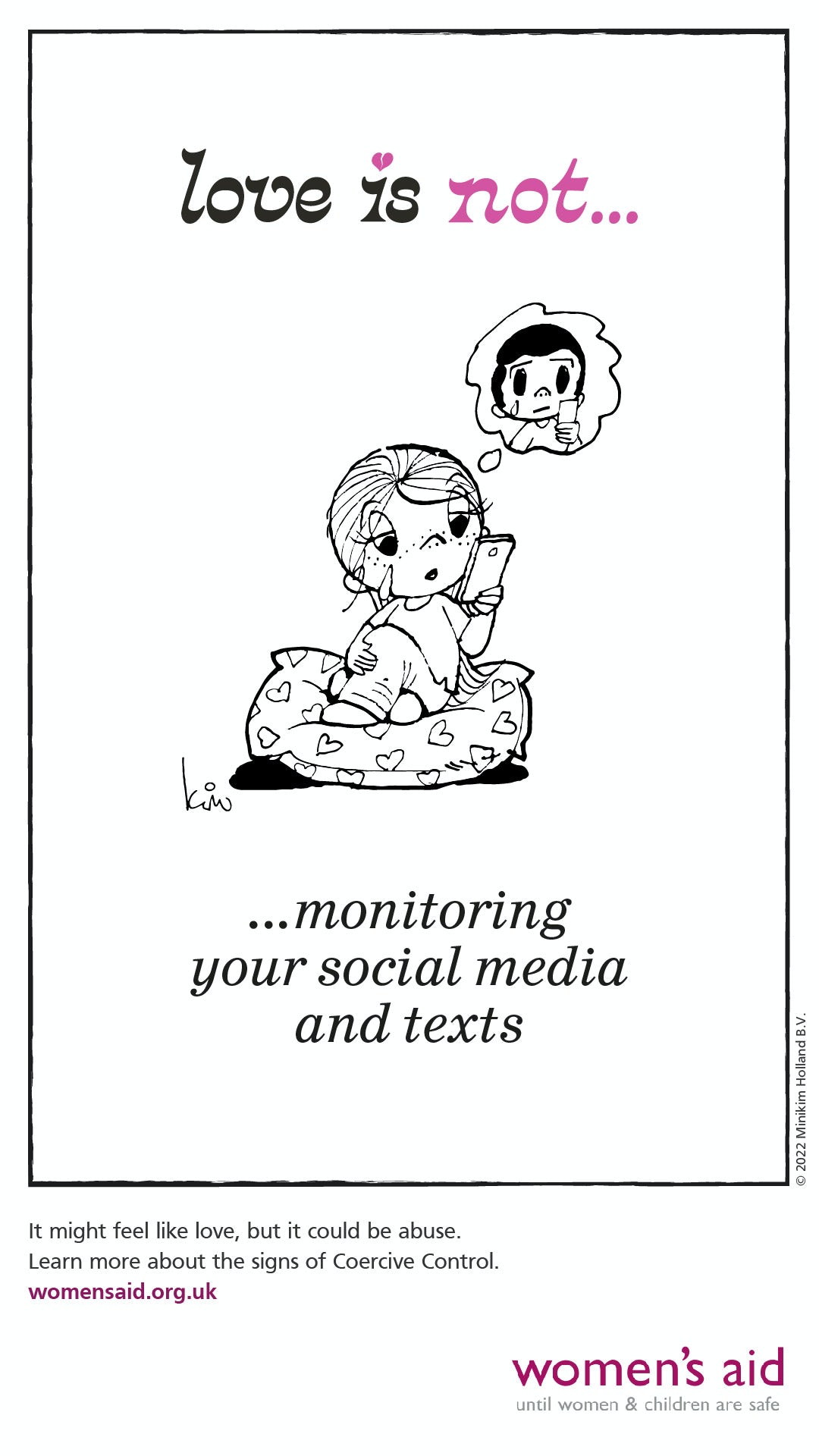 The campaign is the latest in a series of clever executions from Engine Creative for Women’s Aid that are centred on coercive control, after a campaign by the charity in 2015 led to the behaviour being categorised as illegal in the UK in 2015. Since then, offences have steadily risen, with police recording 24,856 coercive control offences in England and Wales in the year ending March 2020, a huge rise of more than 50% from the 16,679 recorded the previous year.

The ads tap into other research by the charity that shows that women can be in abusive relationships without even realising it. “This campaign helps spread the vital message that many behaviours commonly perceived to be romantic – such as jealousy, demanding constant contact, and somebody wanting you all to themselves – are actually dangerous,” says Farah Nazeer, chief executive of Women’s Aid.

“Domestic abuse isn’t just physical: perpetrators use controlling behaviour to make a person dependent by isolating them from support, exploiting them, depriving them of independence and regulating their everyday behaviour. Coercive control creates invisible chains and a sense of fear that pervades all elements of a survivor’s life. Women’s Aid will challenge this abuse, help survivors recognise it, and continue to transform the lives of so many women.” 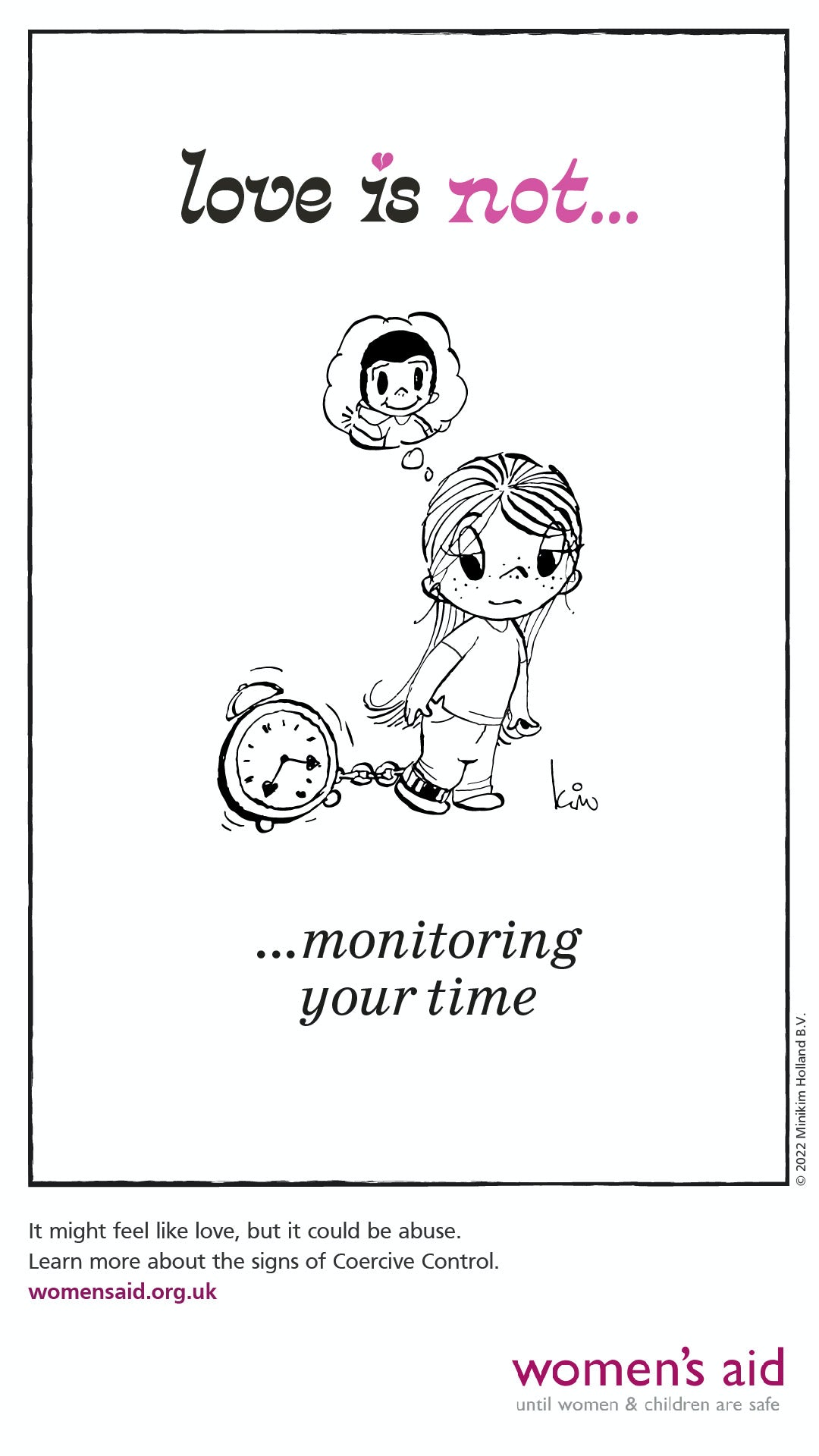 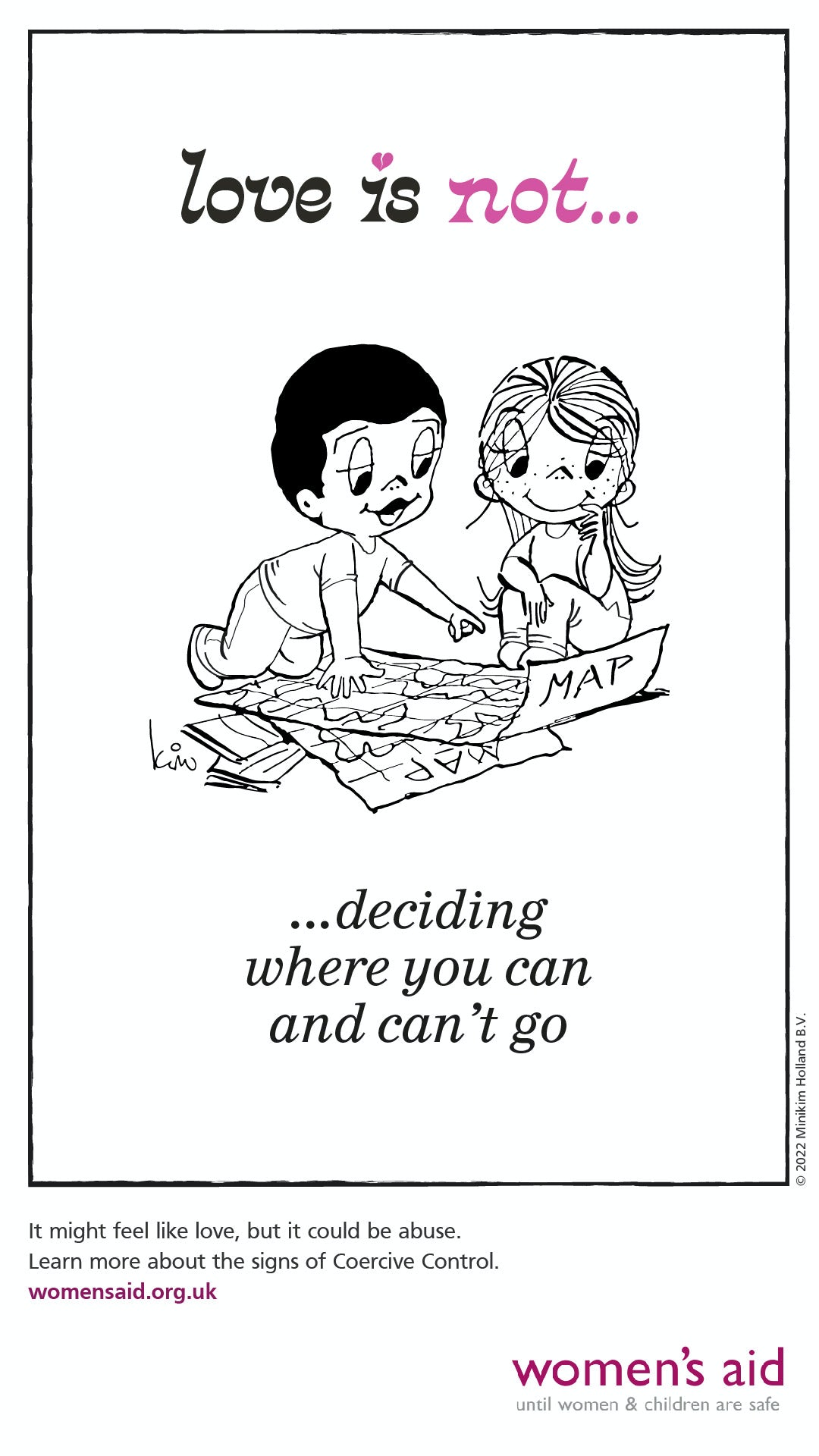 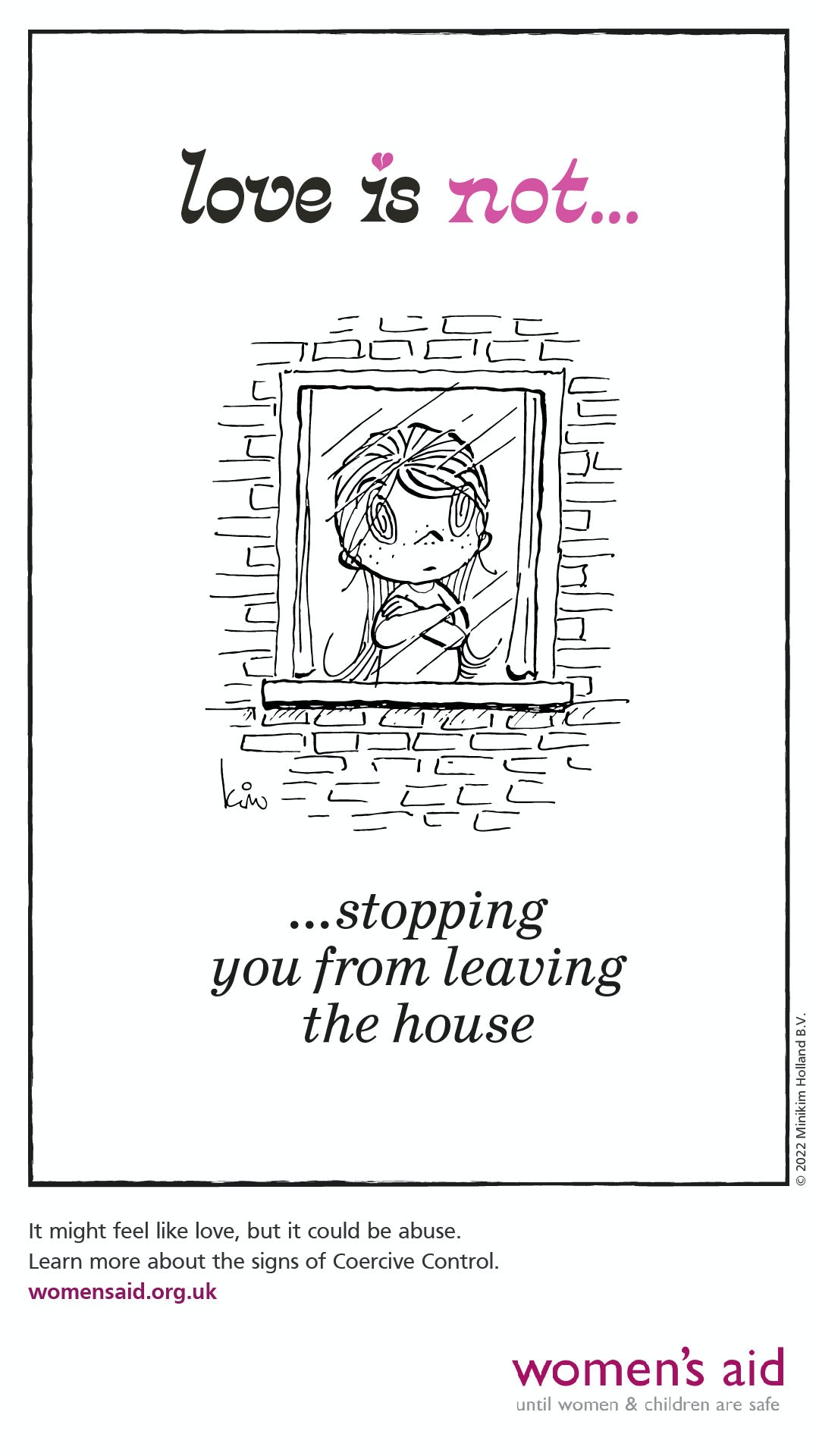