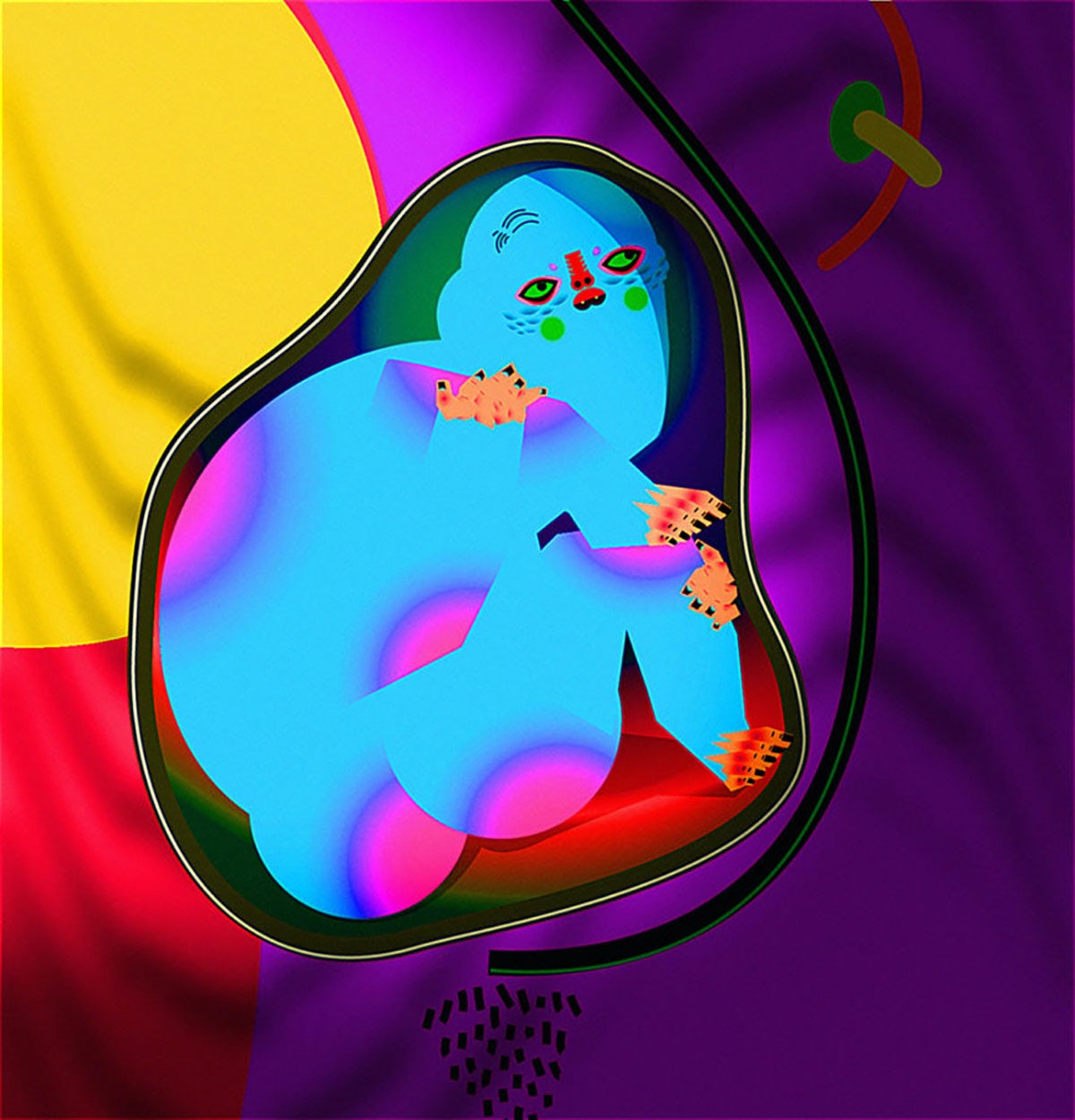 The exhibition – which has the unpronounceable title of ;´༎◌ຶ ۝ ༎◌ຶ༽~♡ – brings together several works created by the Hong Kong-born artist in the last five years. According to the gallery, they explore a wide range of subjects including “human desire, obsession, shame, isolation, and repressed sexuality”.

This all happens via Ping’s distinctive style, which uses bright colour palettes and weirdly shaped characters to explore narratives that, frequently, feel far more disturbing than his playful aesthetic hints at.

“Keep laughing even when you are surrounded by corpses”, reads the subtitles from one of the animated artworks on display – which feels quite a lot like the ‘dance like no-one’s watching’ vibe of Ping’s world. 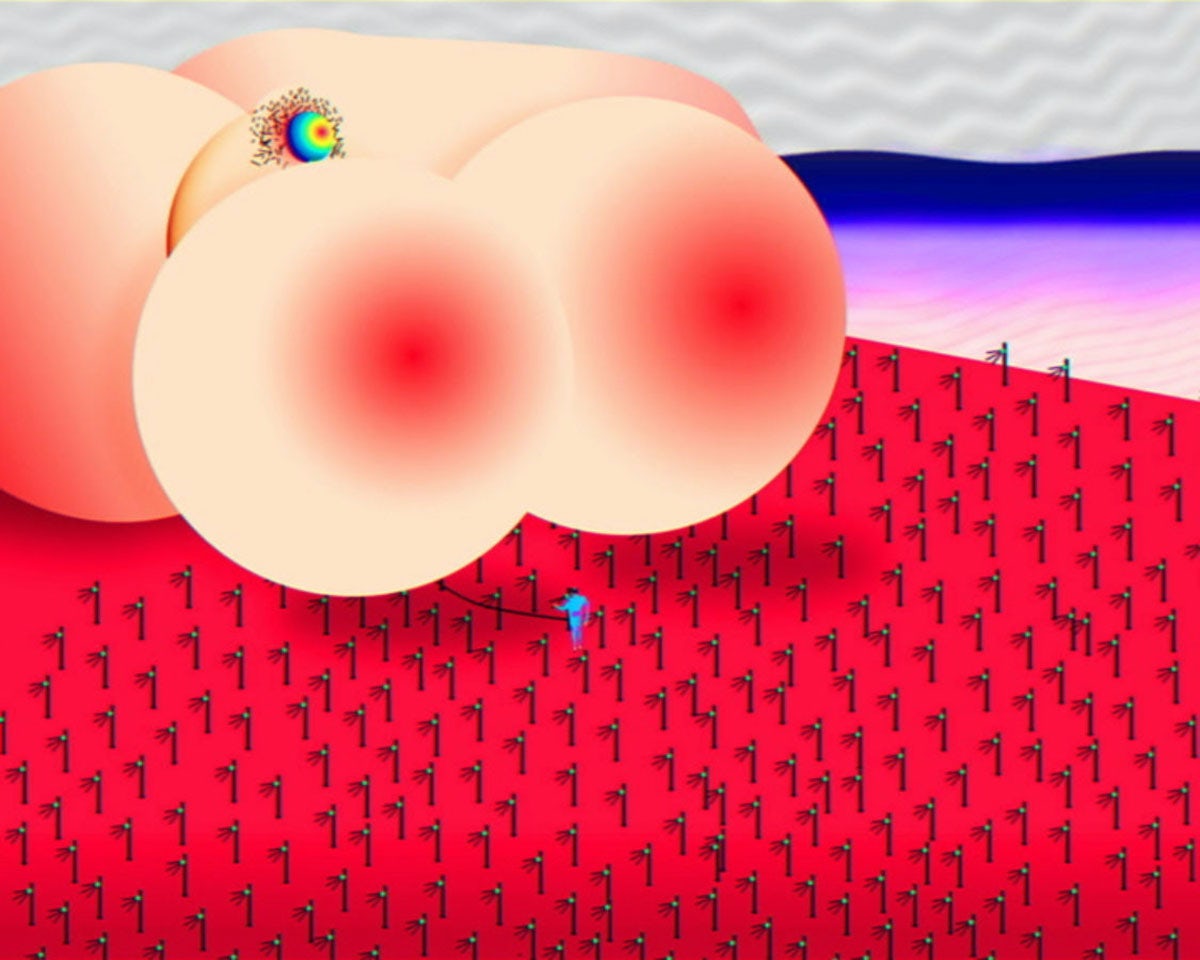 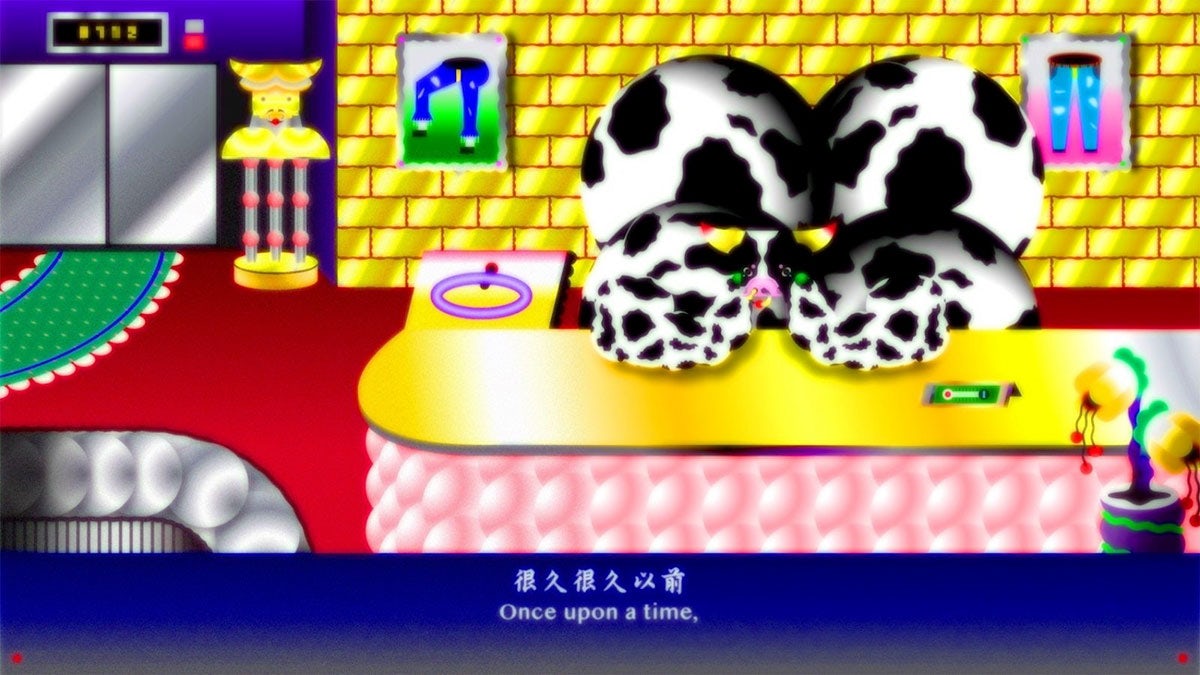 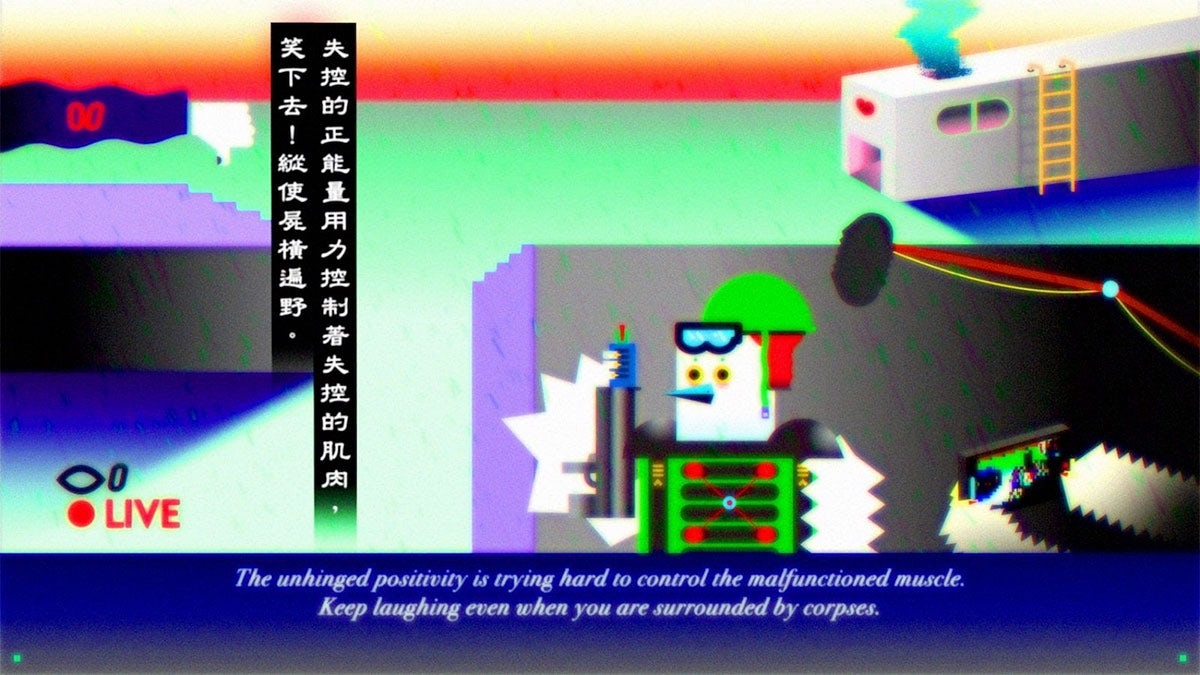 It’s the kind of work the artist has made his name with, and which has landed him commissions from Prada and Nowness, as well as widespread acceptance from the art world. In the last seven years, he’s shown pieces at exhibitions in Europe, Asia and the USA.

“Over the years, I’ve realised I work more like a comedian,” he told CR in a 2019 interview. “I enjoy watching standup, and a lot of the time their material comes from real life. They combine little things together to make a story, but they’re not only making jokes – they’re reflecting on other things and there’s more meaning behind the jokes.” 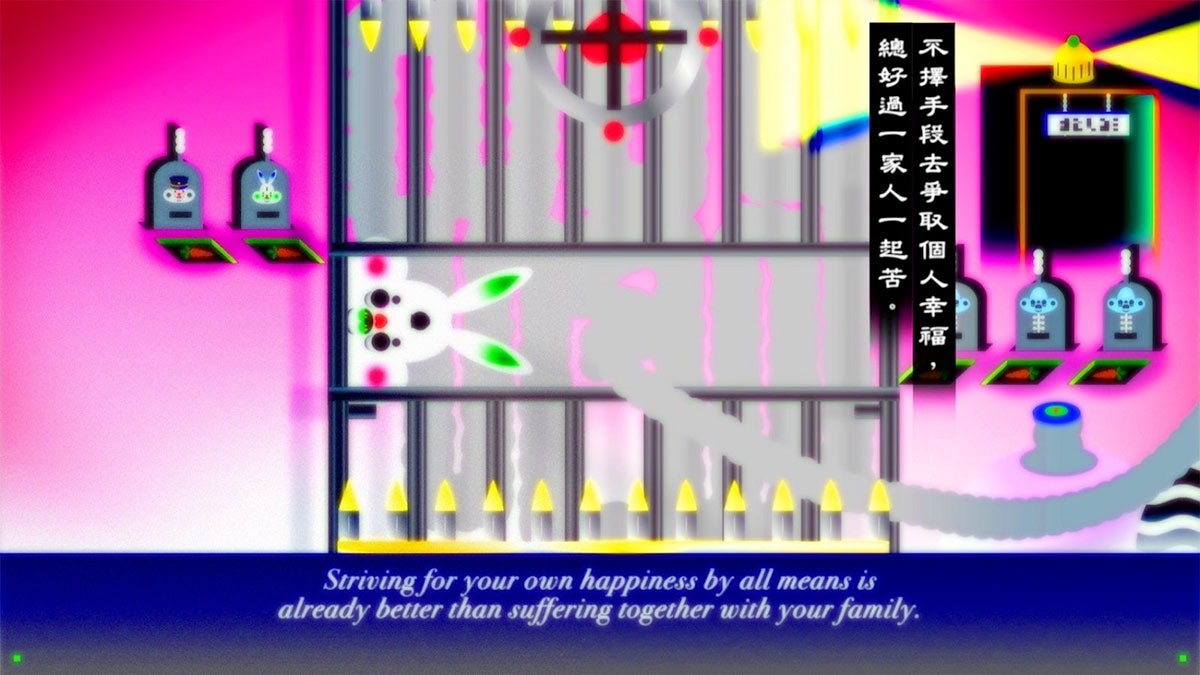 ;´༎◌ຶ ۝ ༎◌ຶ༽~♡ brings together five recent video pieces by Ping, alongside a large-scale immersive installation. According to Kunsthall Stavanger, they “lend a light-hearted, humorous and accessible approach to the deep psychological issues experienced by the protagonists in his films”.