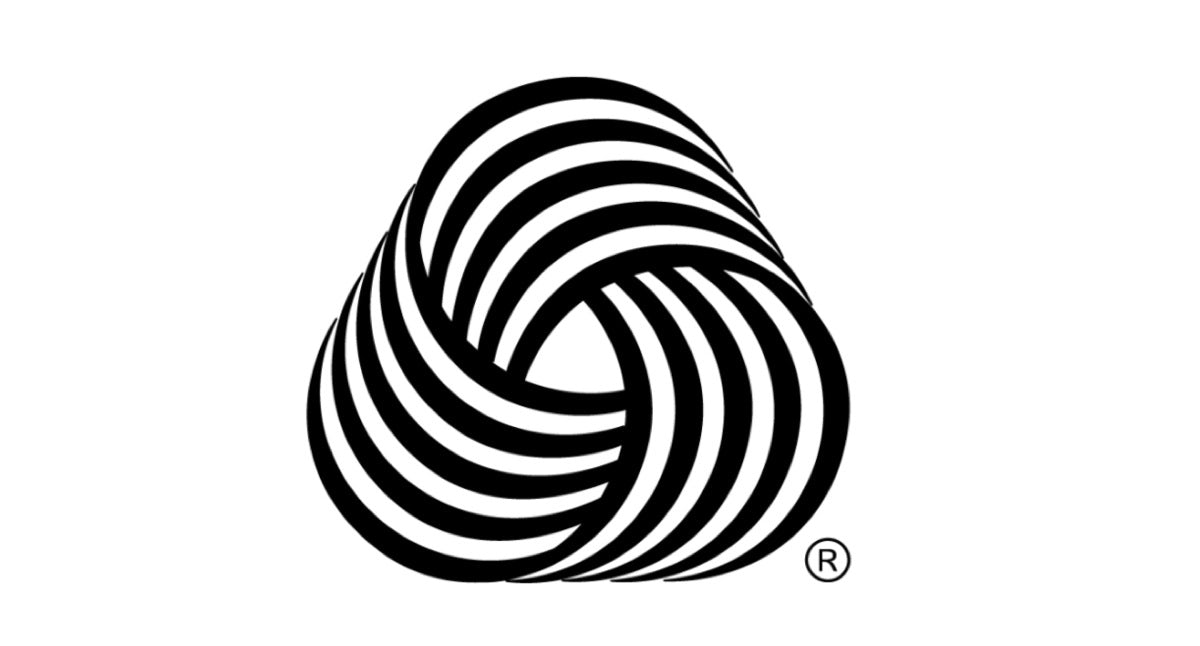 In 1963, The International Wool Secretariat (now known as Australian Wool Innovation), announced a design competition to create a global graphic identity for wool that would “hold consumer confidence and represent quality standards”. The winning design – a stylised skein of wool known as the Woolmark – was launched the following year in Britain, the US, Japan, Germany, the Netherlands and Belgium. According to the IWS of the 1960s and the modern-day AWI, the Woolmark was the work of a Milanese designer named Francesco Saroglia.

Saroglia’s name is attached to the winning entry from the competition to design the symbol. Yet curiously, for the designer of one of the most recognised logos in the world, which has been applied to over 5 billion products since 1964, nothing else is known about him. There is no record of any other work in his wider practice, no exhibitions or any projects detailed in books. How could Saroglia simply have left no trace?

The simple answer is that he did not design the work at all. The logo is in fact by another, much better-known Italian designer: Franco Grignani, who died in 1999 aged 91.

There are references to the Woolmark being Grignani’s work in a handful of sources. On its website, the Alliance Graphique Internationale suggests that Grignani entered the IWS competition under a pseudonym because he was part of the jury responsible for selecting the winning design. This version of events is also put forward by the designer Ben Bos in his 2007 book AGI: Graphic Design Since 1950. Sergio Polano and Pierpaolo Vetta’s ABC of 20th Century Graphics (2002), however, credits Grignani with the Woolmark design outright.

According to Grignani’s daughter Manuela, the Alliance Graphique Internationale story approaches what really happened, but is not wholly accurate in terms of Grignani’s motives. “My father had always been a very correct man,” she says. “He had very severe moral principles and his behaviour in the Woolmark story was inspired not by any personal profit, but by a sincere desire to represent the good standard of Italian aesthetic production.”

Grignani says that in 1963 the IWS asked her father to be a member of the international jury responsible for selecting the logo. The designer was flattered and looked forward to the opportunity to meet the other jurors in London. But before he left, Grignani says, the Italian division of the Secretariat contacted her father and asked to show him the works that were set to be entered into the competition.

“I don’t think a member of a jury should see the material in a competition, but they said they just wanted to be reassured,” says Grignani. “It’s probable that they were not requiring approval, but just submitting the work to have his opinion on them. But when he saw the work my father said that the material was very poor and [that he] would not want to see Italy represented that way. Time was running out, they could not substitute with any other works that they had, and that is why they insisted my father should help them. And after some pressure he consented to create some logos to make their material richer.”

According to Grignani, the Italian Secretariat then decided that they would find an employee from their graphics department who could pass as the official author of the logo. “Francesco Saroglia was a real person, an employee inside the IWS, and the collection of photographs showing him drawing the logo were obviously done after my father’s logo won the competition,” says Grignani. “It was an attempt to demonstrate the ‘artist’ at work. The photograph of the hand painting the logo is not my father’s, but Saroglia’s.”

Grignani says that she in fact saw her father sketch out his ideas for the logo while at dinner. “Being an imaginative genius, he started amusing himself trying to design a logo that could fit all the requirements,” she recalls. “I saw my father taking a fork while dining and draw a very light scratch on the white tablecloth by means of the prongs. And it was the scratch of the actual logo: three half turns on the white tablecloth that left a thin trace on the white tissue. That evening we came home and the logo already existed. Of course, as he was so creative, he made many variants of it: thicker, thinner and so on, until he chose the right balanced variant.”

Since the competition had such a large range of international entries, Grignani may have simply presumed that he was unlikely to win. His daughter claims that during the judging process he even attempted to vote his own logo out of the competition. “As soon as the jury started to work it was clear that his logo was the most voted,” she recalls. “He had never suspected that and started to vote against it. Everybody kept asking him why was he voting against something beautiful that could even have been done by him. He continued to vote against it, stubbornly and desperately, out of his extreme correctness. But all of his friends, the best graphic designers, knew that he was the author and the name under which the logo competed was a fake name.”

By this point it was too late for Grignani to do anything about the work and its success in the competition. His daughter says she does not know why he felt he could not resign even the day before the judging process began, but that it was likely that he did not want to embarrass the Italian Secretariat or stir up any legal consequences for the organisation.

“Sometimes in life you have to choose between two options and sometimes you choose the wrong one,” she says. “He never thought he could win. Maybe he thought it was too late to resign, and it was incorrect to do so.”

After years of what Grignani describes as “elegant silence”, it was only in the 1980s that her father officially declared that he was the designer of the logo. “I was too young to understand his worries,” she says, “but I know that he kept silent for so many years, swallowing bitterness any time that people attributed that superb logo to Saroglia.”

But gradually Grignani went to greater lengths to put his name to the Woolmark. In 1995, at an exhibition on his work curated by Mario Piazza at Milan’s Aiap Gallery, Grignani displayed a page from a diary on to which had been pasted the nine possible solutions he had entered to the IWS logo competition. (The original proposals, six of which are shown here, were discovered by Manuela Grignani in late 2013.)

In the wider context of his life’s work, the idea that Grignani was responsible for the Woolmark makes perfect sense. His covers for Linea Grafica (number 6, 1965) and of Graphis (number 180, 1966 and the 1967-68 Annual), feature graphic experiments akin to the Woolmark design; the book cover for Design aus Italien and posters such as Tipolitozincografia in Milano for the Milanese printing, engraving and lithographic firm Alfieri and Lacroix show that he was playing with curved arrangements of black and white stripes in the 1960s, and furthering his interest in Op Art. In 1967 the Grignani family even sent out a New Year’s card which featured a pulsating spherical graphic constructed from a series of lines.

Fellow Italian designer Massimo Vignelli seemingly never doubted that the Woolmark was the work of Grignani. “It is typical of his visual language,” he said in 2011. “The fact that Grignani was on the jury justifies that he had no official entry in the competition. ‘Saroglia’ may very well have been a pseudonym, or just a body, but not a real designer. If he really existed his name would be associated [with] other outstanding works in a similar language. No works; no person.”

Manuela Grignani says that her father never made any money from his Woolmark, but that “for him it would be a great posthumous joy to see the acknowledgement of his generous talent. Now, when I meet people who knew him I always hear the same respectful words for a man who always behaved in a gentlemanly way,” she says.

“This trait of his character is fundamental to understanding his whole artistic production: graphic design, photography, paintings. He had an absolute passion for work and never felt the burden of it as it was actually a real amusement for him. Fourteen-thousand experimental works and photographs; roughly 1,200 artworks; thousands of graphic design works, covers and so on. He was an uncommon personality.”

This text is an updated version of our entry that appeared in the 2011 Logos issue and which later featured in TM: The Untold Stories Behind 29 Classic Logos by CR’s Mark Sinclair, published by Laurence King in 2014, laurenceking.com

The Woolmark logo is on our list of Top 20 logos of all time.

On Creativity and Madness

How the Ministry of Stories is helping kids be creative

So Satisfying’s new look taps into our ASMR obsession