Oneworld will publish the backlist of the 2016 Man Booker-prize winning author Paul Beatty in May and June this year. Beatty’s novel, The Sellout, was awarded the prize in October last year (he is the first American to win it) and this success looks set to bring new UK readers to his other previously published novels. Designed by Oneworld art director James Jones, each of the four editions will be printed on uncoated stock with a black foil for text and coloured foil for other visual elements. The typography, Jones explains, is inspired by Civil Rights movement posters and protest banners. 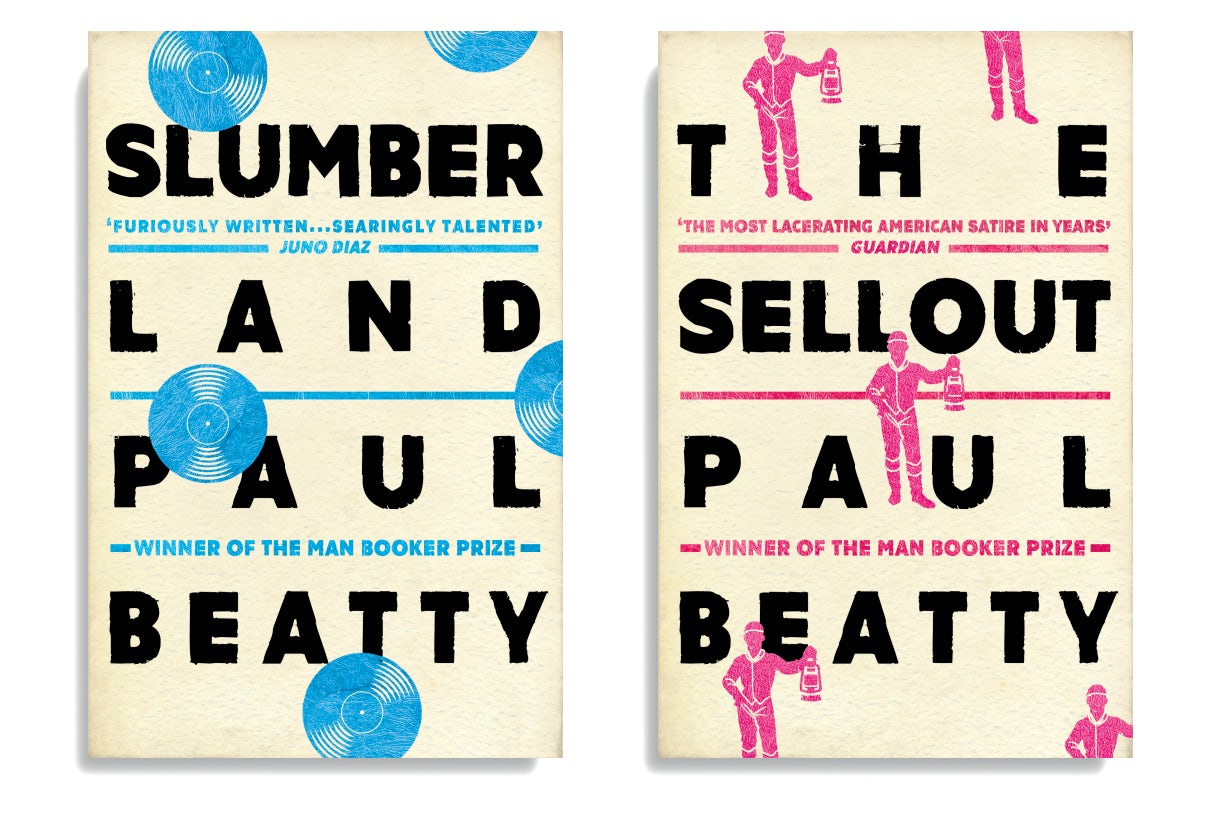 “The idea behind these was to utilise Paul’s words and make his language the main feature,” says Jones. “One of the key themes running throughout all of the books is race in America. It was while exploring the purely typographic options associated with the subject matter that I began researching Civil Rights movement posters.

“My research took me to the ‘I AM A MAN’ posters and the powerfully simple and bold plain black fonts of the ‘End Racism!’ protest boards and banners; most of which are plain black fonts displayed on off white backgrounds, which I took as inspiration for ours. I ended up using a font called Amateur which hit that simple, bold and powerful angle I was looking for. One that would allow Paul’s name and the titles to become the main focus, and carrying on the spirit from the posters into our covers.” 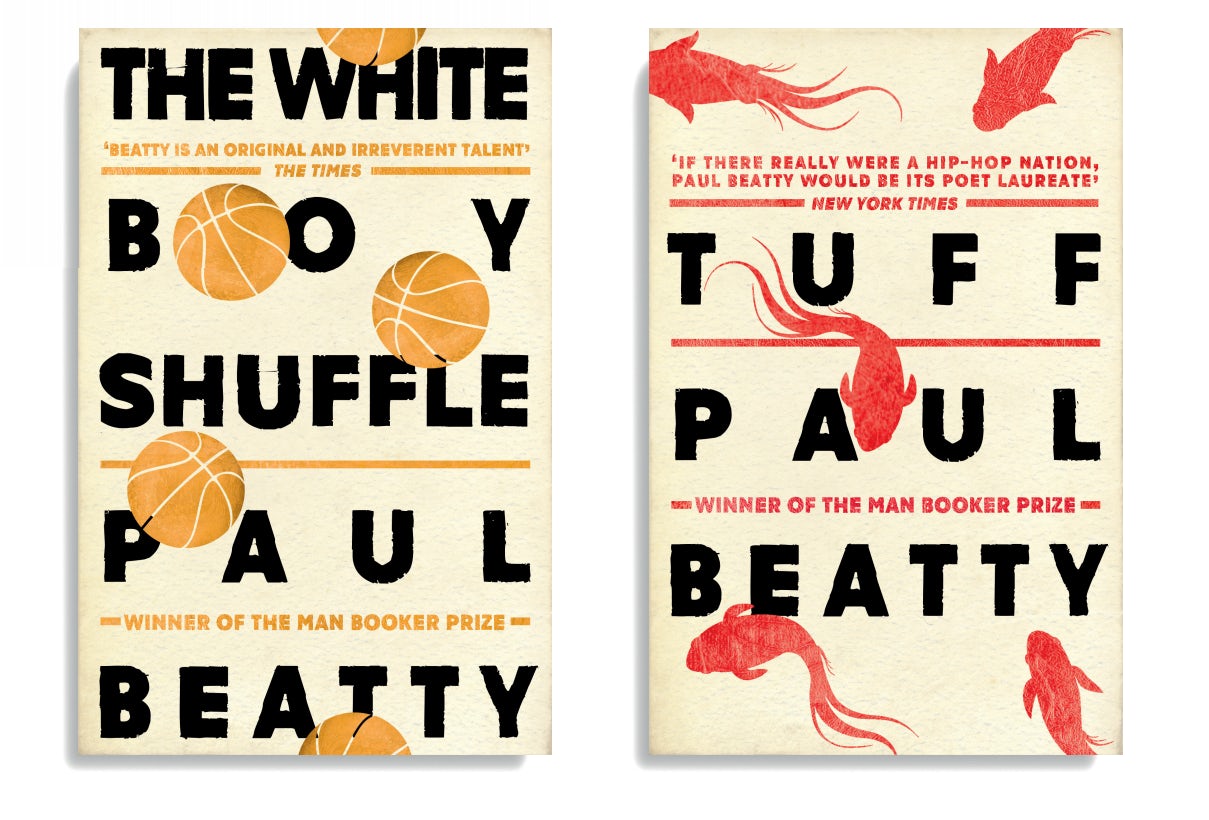 The new edition of The Sellout makes reference to the original cover designed by Rodrigo Corral, featuring an illustration by Matt Buck. For Slumberland, Jones incorporated a vinyl record to symbolise the theme of music in the novel; while a basketball, a key component of The White Boy Shuffle, was used on the new edition’s cover. “I like the idea of having two circular based motifs for half of the series, and two completely different symbols for the other two.”

The new editions will be published in May and June (The Sellout).