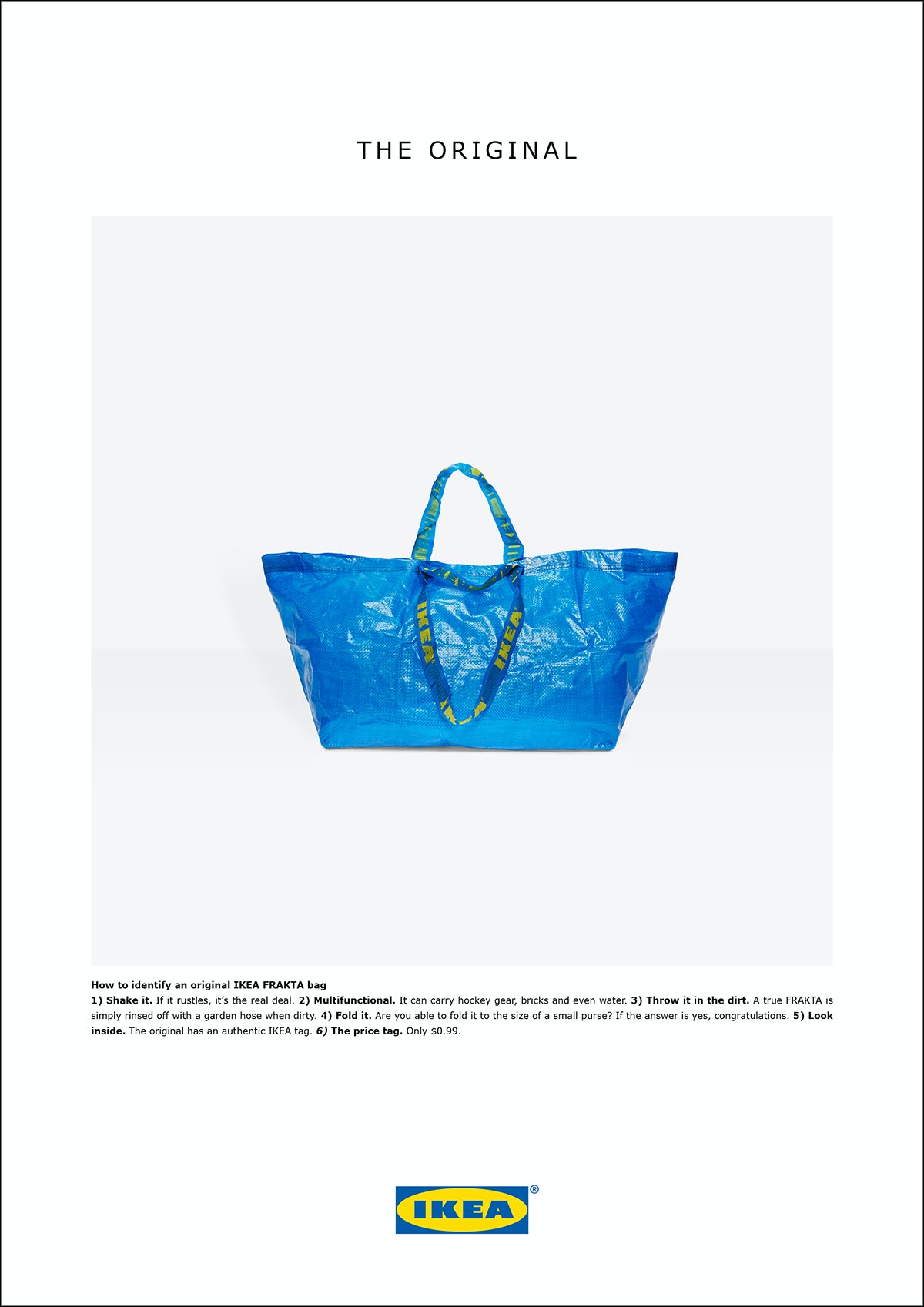 Widespread outrage and ridicule followed the news that Balenciaga had brought out a blue leather bag bearing a striking resemblance to Ikea’s famous FRAKTA tote. One major difference was in the price: Balenciaga’s retails at £1,705, Ikea’s costs 40p.

For those in the fashion know this was another example of the playful wit of Balenciaga creative director Demna Gvasalia. At his own label Vetements, Gvasalia has been known for his ironic appropriation of branded, corporate clothing, such as a reproduction DHL company T-shirt. The Ikea-like bag was the latest in this vein. 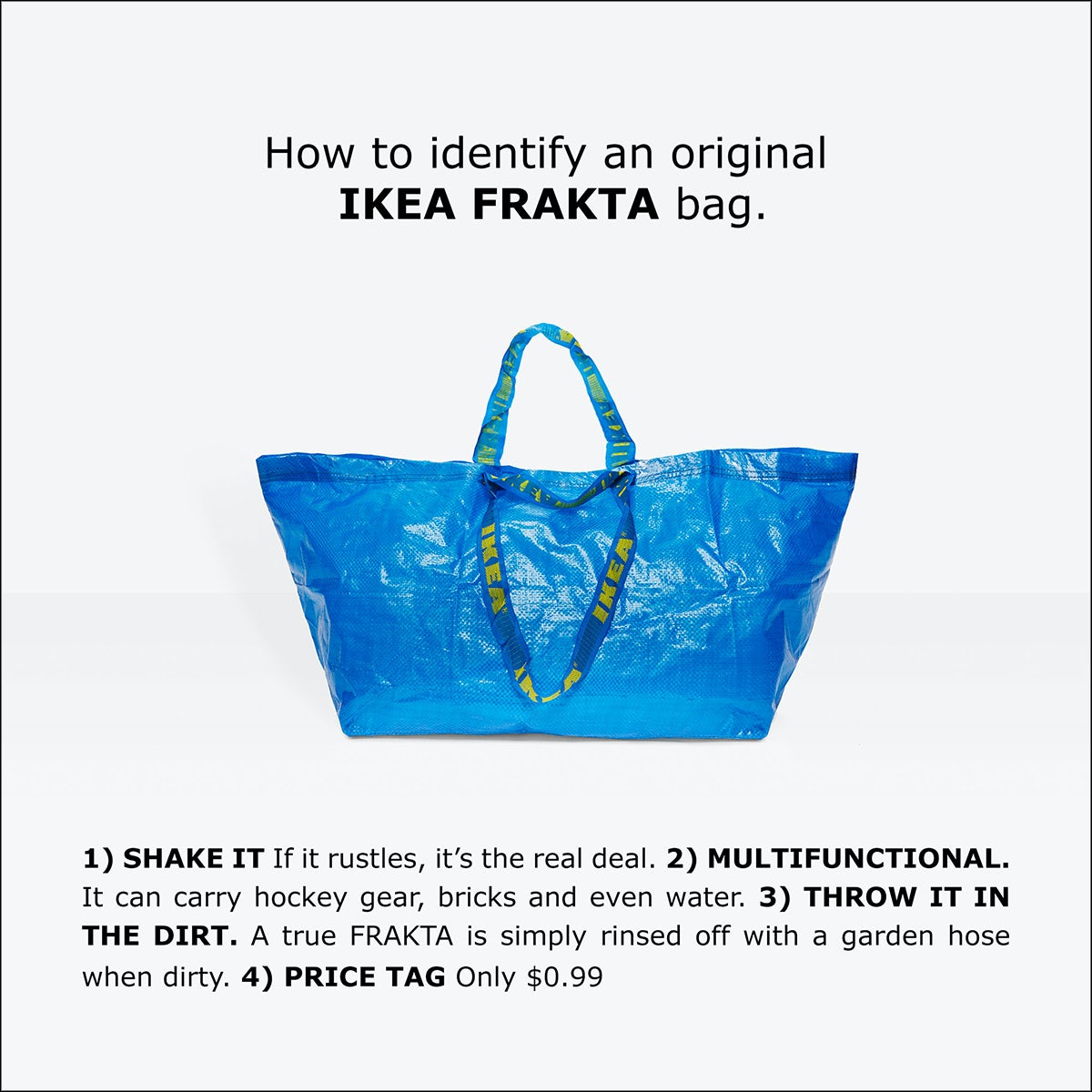 Ikea appears to have taken the whole thing with a sense of humour: its agency ACNE came up with a quicker response in a print ad  giving customers some ‘tips’ on how to know that their Frakta blue bag is the real deal.

ACNE creative director Johan Holmgren says “we contacted our client the day after the Balenciaga bag was launched and I said “we’ll have the creative work ready within two hours”. We then went to one of our fashion photographers Anders Kylberg and shot the bag in his studio, with that same feeling and lighting as the Balenciaga bag. That same day we sent the finished work to all markets.”