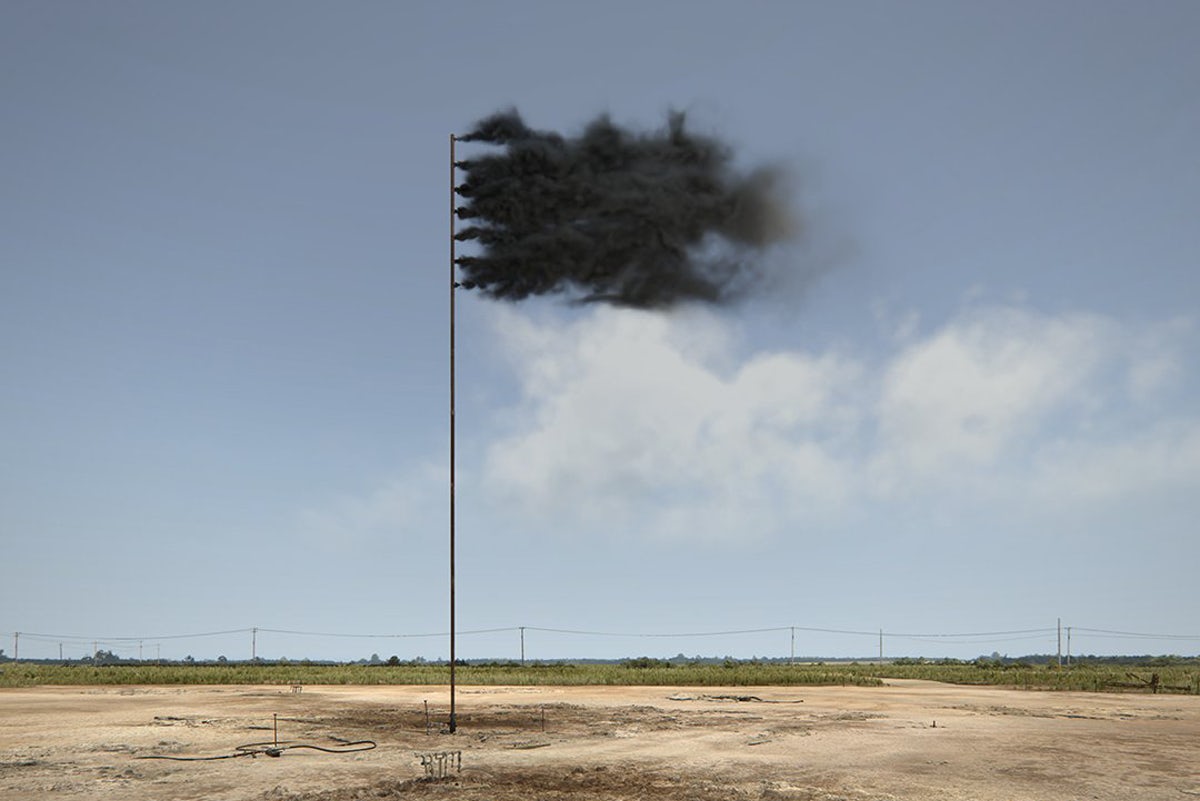 For World Earth Day (April 22), Irish artist John Gerrard has created a virtual simulation of a flag formed of black smoke, as part of a commission by Channel 4 for Somerset House. Entitled Western Flag (Spindletop, Texas) 2017, the work will be presented on a giant LED screen in the Edmond J. Safra Fountain Court and will also interrupt Channel 4’s regular transmissions during World Earth Day.

Gerrard makes use of real-time computer graphics in his work – rather than film or video – and in his latest project the smoke flag is set to fly in “a virtual replica of Spindletop, Texas, the birthplace of the modern oil industry,” say Somerset House. According to the gallery “the 1901 ‘Lucas Gusher’ produced more oil in one day than the rest of the world’s oilfields combined at the time, though now lies barren and depopulated, the original deposits long exhausted. This installation will precisely parallel the sunrises, sunsets and shadows of the real-life Spindletop, reflecting the changing Texan landscape in real-time.”