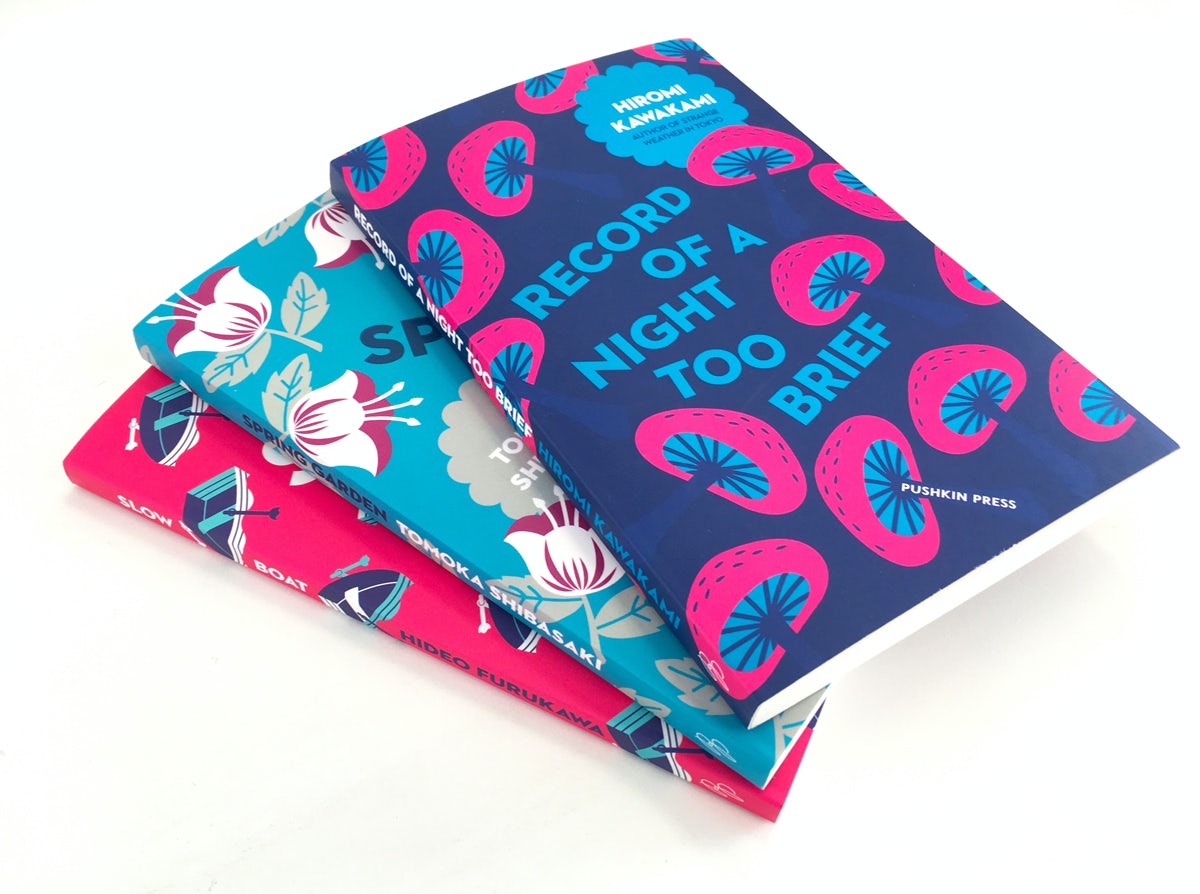 A new Pushkin Press series of novellas by Japanese authors features some charming cover illustration work from Nathan Burton. The series includes Tomoka Shibasaki’s Spring Garden, Hiromi Kawakami’s Record of a Night Too Brief, Hideo Furukawa’s Slow Boat and Mieko Kawakami’s Ms Ice Sandwich, which will be out this November (artwork below). The different treatment of the publisher’s name on each of the covers published to date is a particularly nice touch.

“I’ve long admired a Japanese woodblock artist called Hide Kawanishi who manages create images by using very simple blocks of colour to create these wonderful street scenes of Kobe,” says Burton. “They have a naive sophistication that I love. I wanted to try and create a very graphic cover using bold colours in a similar way but concentrating on objects rather than whole scenes.” 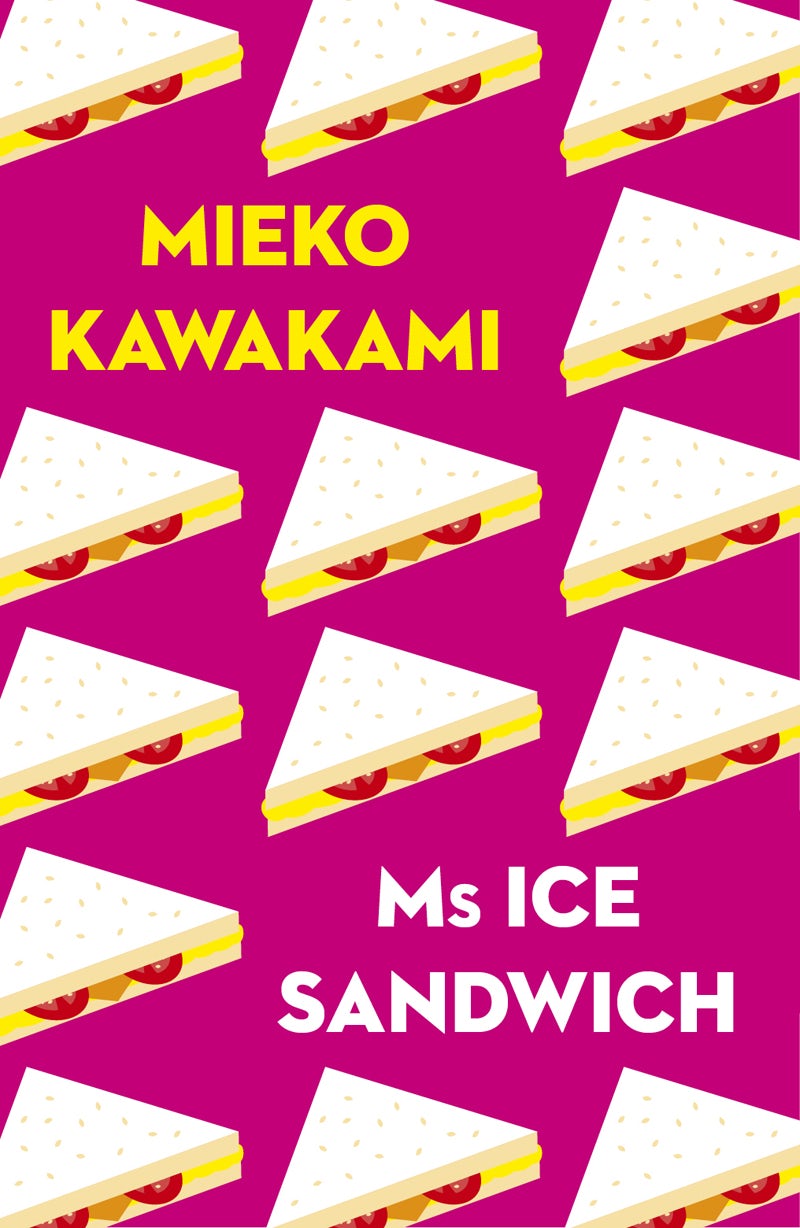 “I started by thinking about one cover, Ms Ice Sandwich, keeping the fact that it would need to work as a series in the back of my mind,” says the designer. “I’m very interested in how you can create a series look but also give each cover its own personality. It’s getting this balance that is the challenge but also the rewarding part of the job.”

Burton says that he initially came up with a more regimented pattern for the series design. “I tried being a bit looser with the positioning and it just clicked. It’s one of those very rare times that a set of covers felt right without too much messing around. Pushkin pretty much approved my first set of visuals, with only some minor colour tweaks, which is a blissful rarity.” 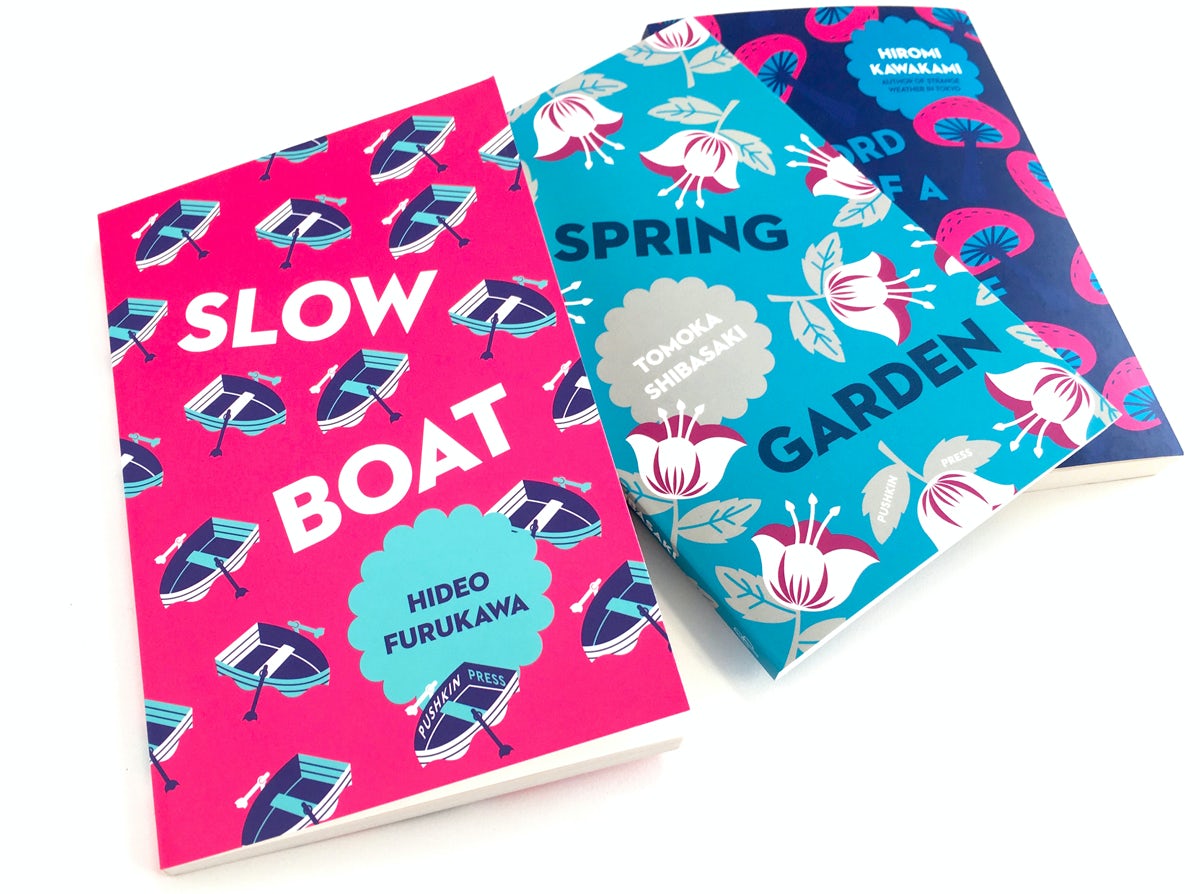