The Virgin V Festival has unveiled a brand new look for its 22nd incarnation this coming August created by studio Form. The redesigned logo and identity have just been rolled out in advance of the festival and will form part of the onsite design of the event. 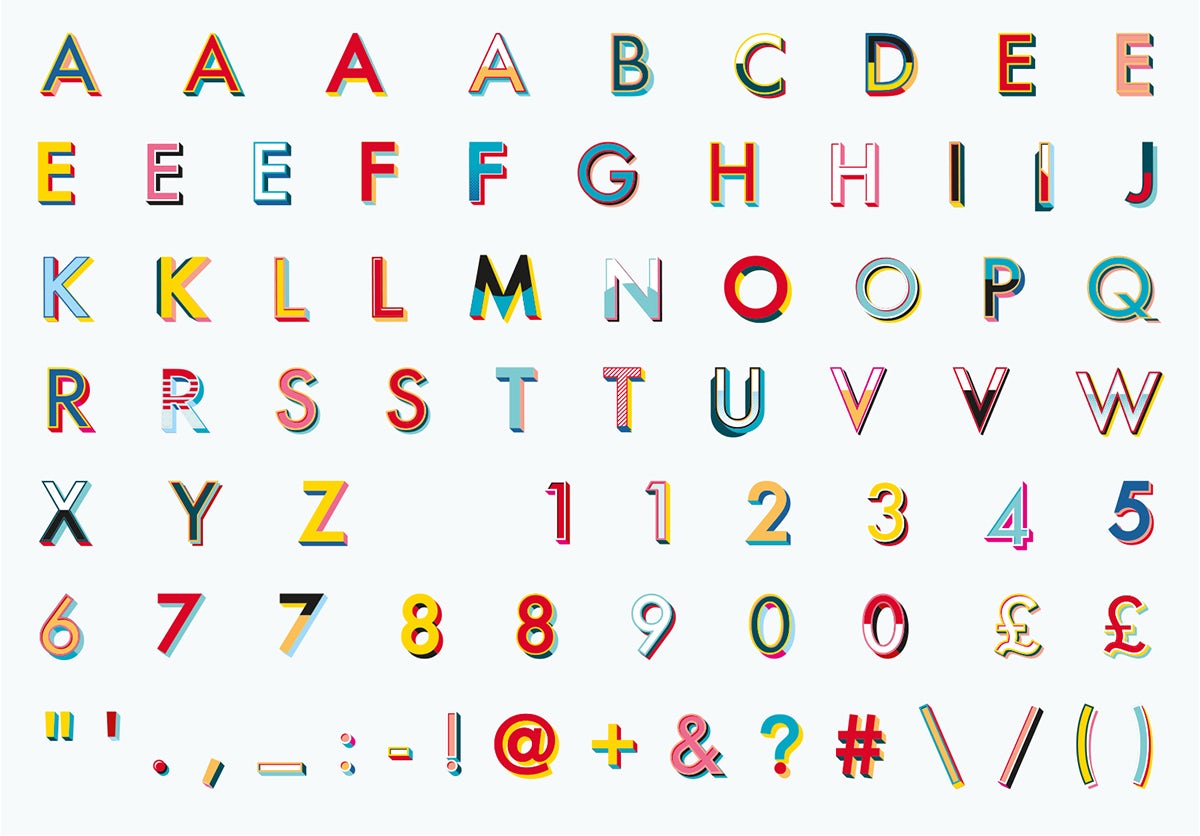 Bespoke letterforms, glyphs and numerals were created by Form in collaboration with artist and signwriter, Archie Proudfoot.

The project has also resulted in series of additional graphic motifs – from various shapes and arrows to background patterns – which can be used in announcements in print and on social media in the lead up to V Festival 2017. 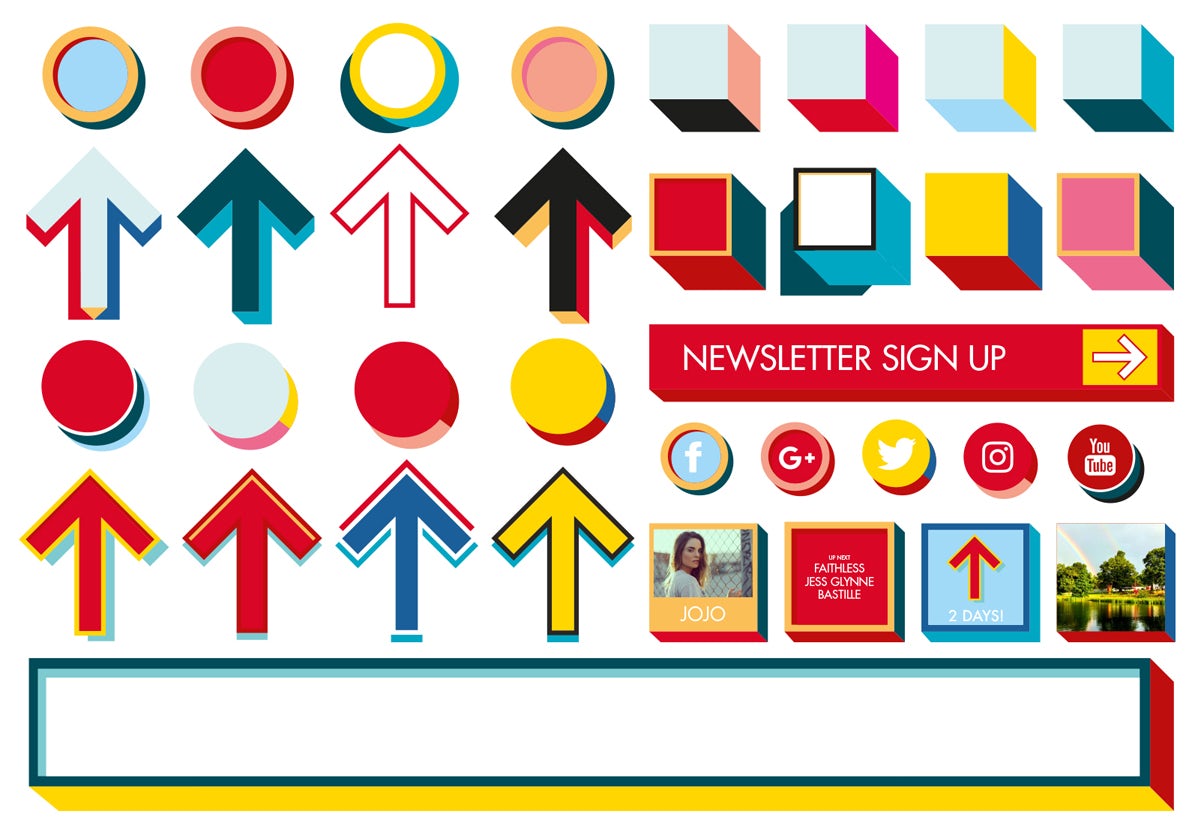 “The Festival embraces many styles of music with a big rock headliner one year to a pop act the next, so we felt the new identity should communicate an upbeat, optimistic summer experience of music and good times,” says Form partner Paula Benson. 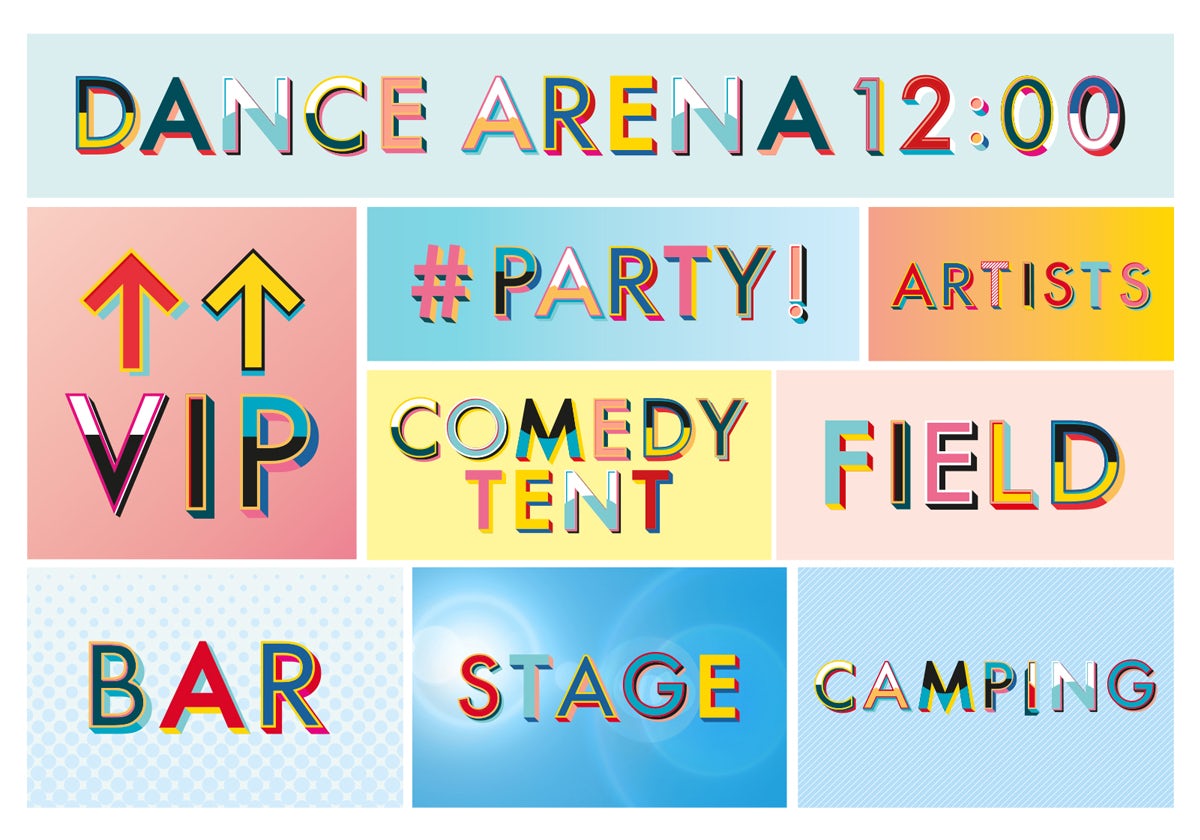