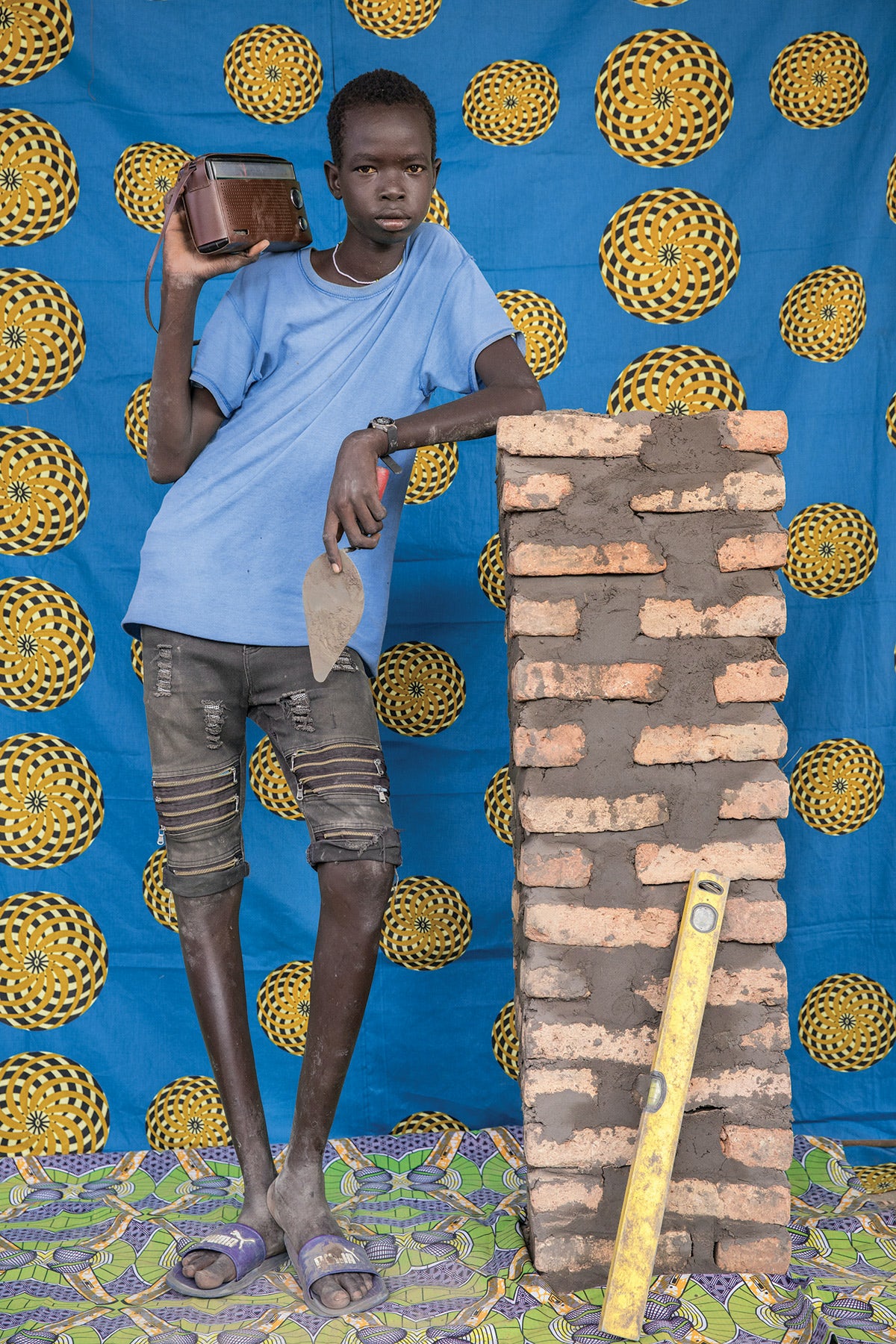 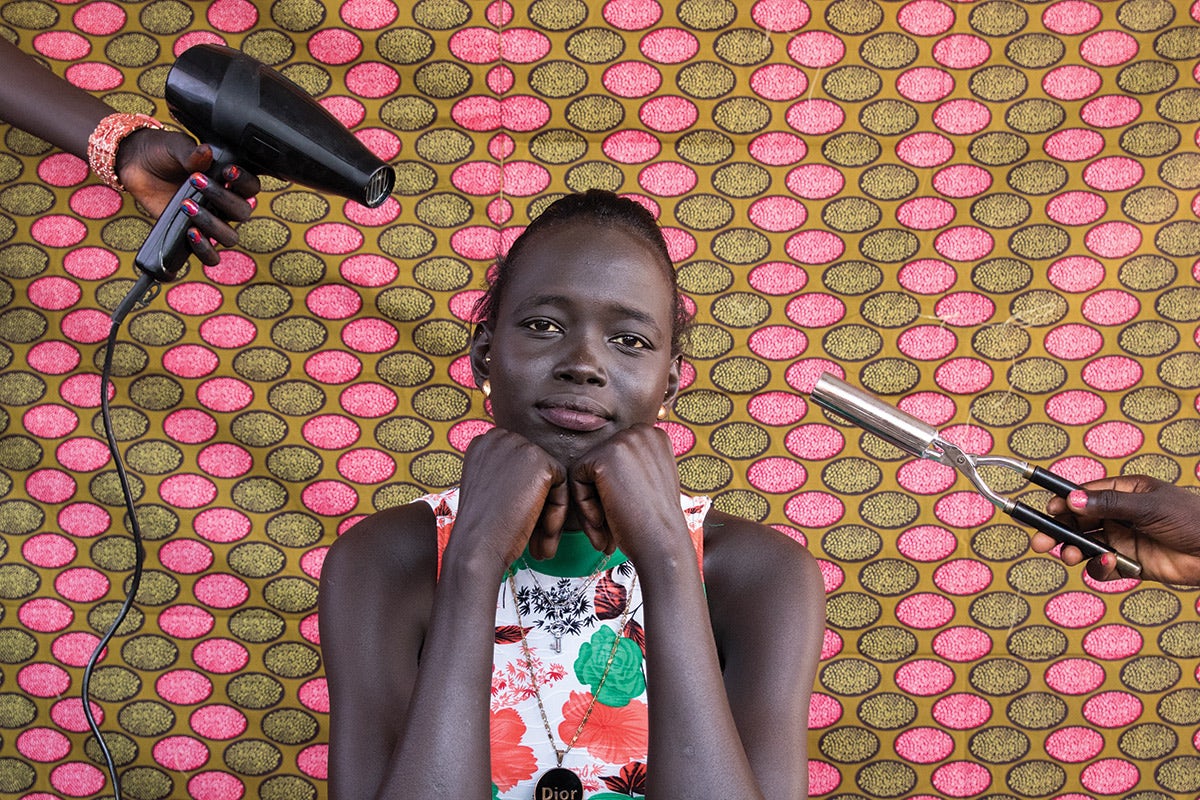 Hanna Adcock photographed this series of images in South Sudan, a country that has been brutally damaged by war, for Save the Children. Since 2014, more than 9,000 children in South Sudan have had their basic human rights violated. They’ve been killed, maimed, subjected to sexual violence and recruited into armed groups. Over 70% of all children are out of school and only 16% of girls over the age of 15 can read or write. Despite the devastation in the country, younger generations long for peace and are turning away from the violence they’ve inherited.

In this series, Save the Children wanted to present a different image of the country than that of warfare. The colourful imagery captures the hope and energy of a group of teenagers in South Sudan who work hard all day in sweltering heat to learn a trade, earn a living, and support themselves and their families. Still recovering from appalling trauma, they’re rising above circumstances and stereotypes to rebuild their homes, their lives, and their communities.