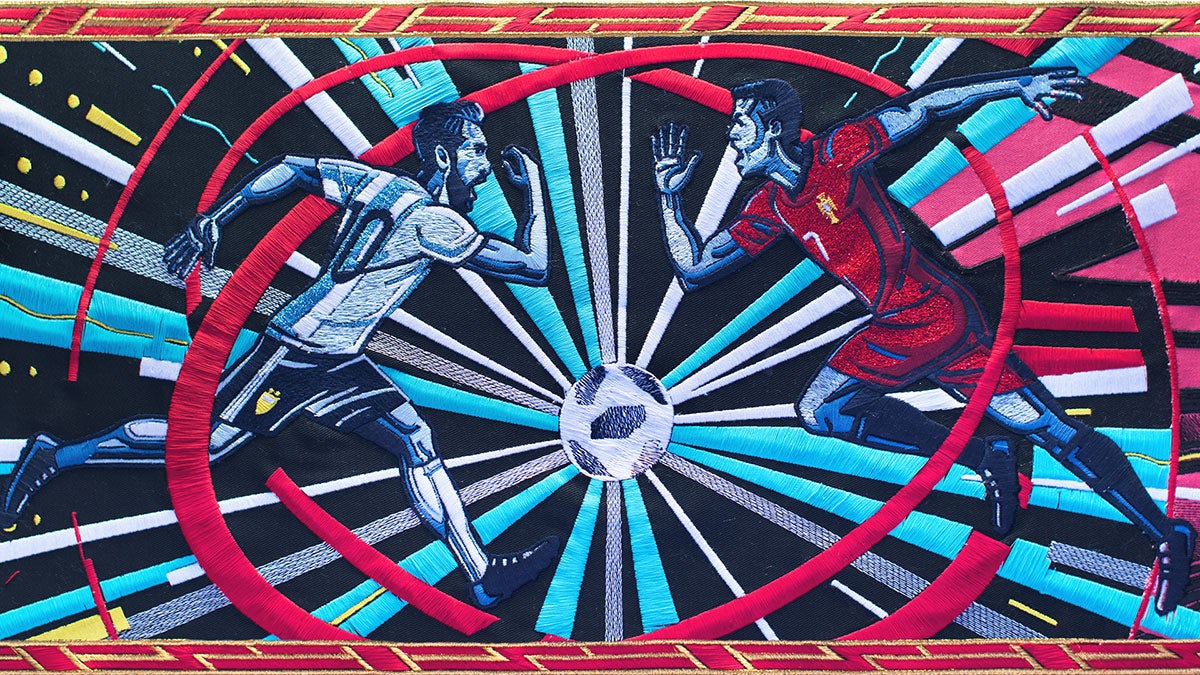 To promote its coverage of the 2018 World Cup, BBC Creative took an unusual approach. Its film features the highs and lows of World Cup tournaments past, but with a key difference: all the scenes are rendered in embroidery. The decision to create a tapestry provides a link to Russia, where the event was held, but without featuring classic Russian design, which can occasionally feel clichéd.

Featuring footie scenes such as Gazza’s famous tears, and the skills of everyone from Maradona to Messi, all in fabric, the ad was visually powerful and arguably the best World Cup ad of 2018. A version of the tapestry was displayed at the National Football Museum in Manchester.