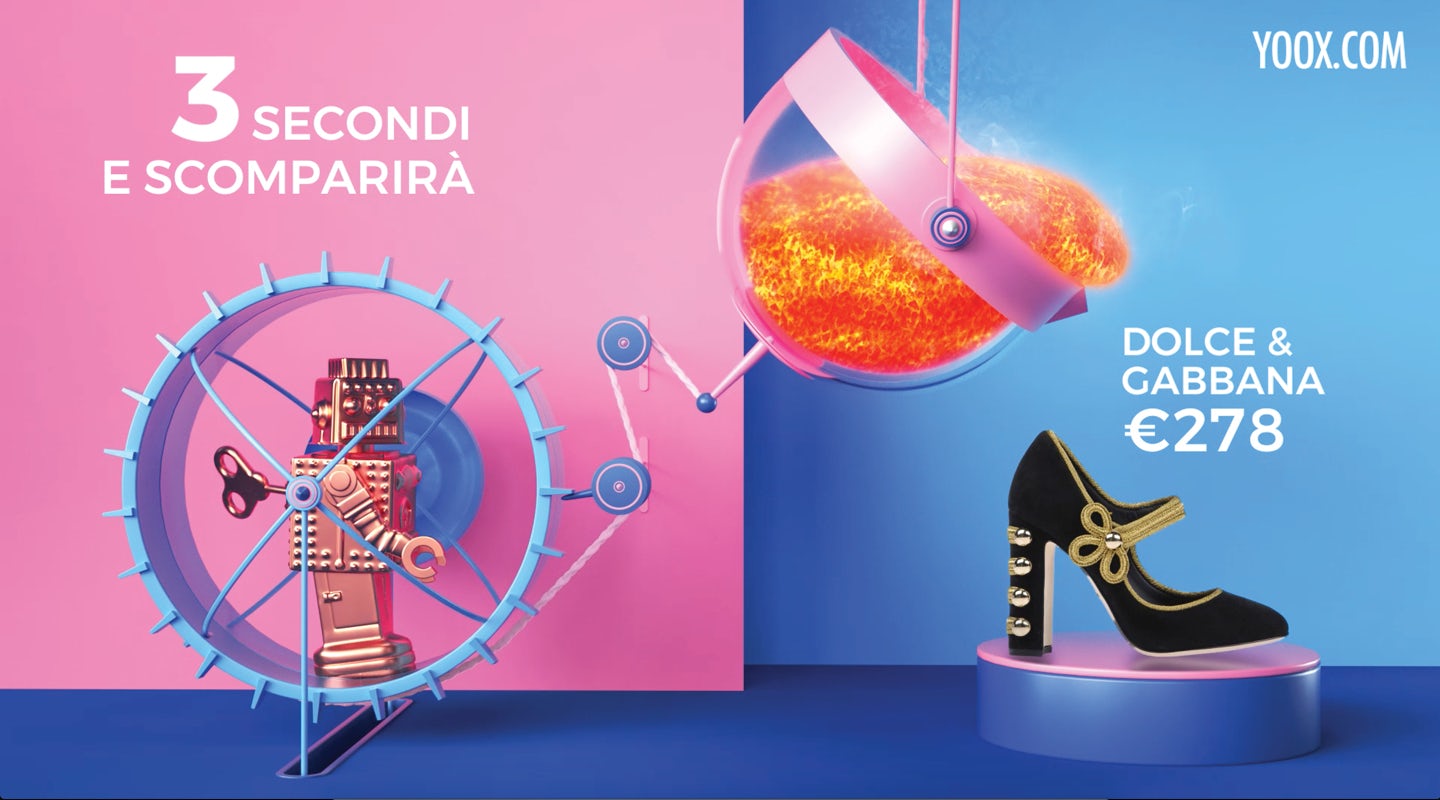 YOOX’s pre-roll YouTube ads offer a novel take on the idea of impulse buying. The retailer teamed up with Google and Stink Studios to create a set of films that give shoppers just one chance to buy limited edition and exclusive items – from a $1000 Gucci jacket to a Tory Burch handbag.

Each animated spot shows a product in peril. A chainsaw edges towards a pair of high heels while a jacket risks being zapped by a laser beam. Shoppers have just 15 seconds to click on an item and ‘save’ it – if they fail to do so, they will not be able to watch the video again or find it on the YOOX website.

The ads will run in the US, Italy, Japan and South Korea until mid-December. Stink Studios used proprietary technology to develop the films. The technology – named RITA – renders videos in real time, meaning each pre-roll ad is unique.

It’s a clever use of the pre-roll format – a feature that most YouTube viewers choose to skip as soon as possible.

The Martin Agency experimented with pre-roll ads to great effect in a campaign for Geico in 2015, creating ‘unskippable’ films that appeared to have already ended but went on to reveal some amusing scenes.

Leo Burnett also created a thought-provoking pre-roll film for Business in the Community to raise awareness of the stigma that ex-offenders face when applying for jobs. The film began with an ex-offender talking about his struggle to find work. When viewers tried to ‘skip’, he became upset and pleaded with them to give him a second chance.

On fact and fiction in photography