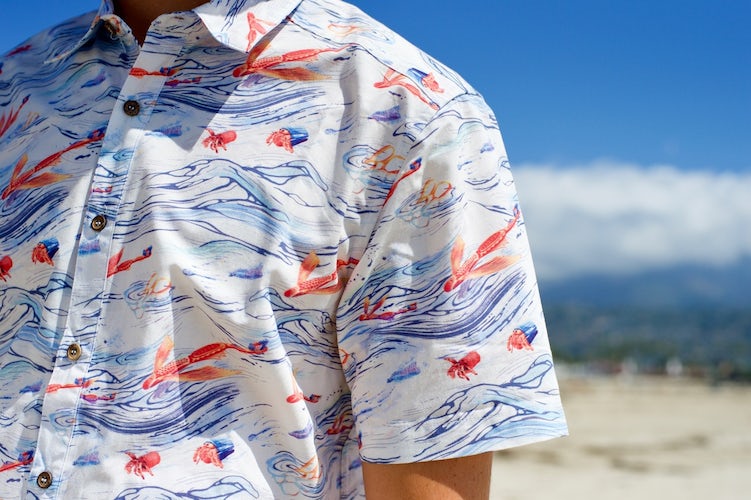 The beer brand partnered with Parley for the Oceans – a non-profit organisation set up to combat sea pollution – to create the shirt, which is made using plastic harvested from the ocean. It’s designed to appear normal from far away, but on closer inspection reveals the types of plastic objects found in the sea and during beach cleanups.

Alongside the shirt, W+K Amsterdam has created an alternate version of Corona’s This Is Living tagline, adding a question mark and showing images of sandy stretches dotted with rubbish – as opposed to the usually pristine beaches the brand features in its ad campaigns. 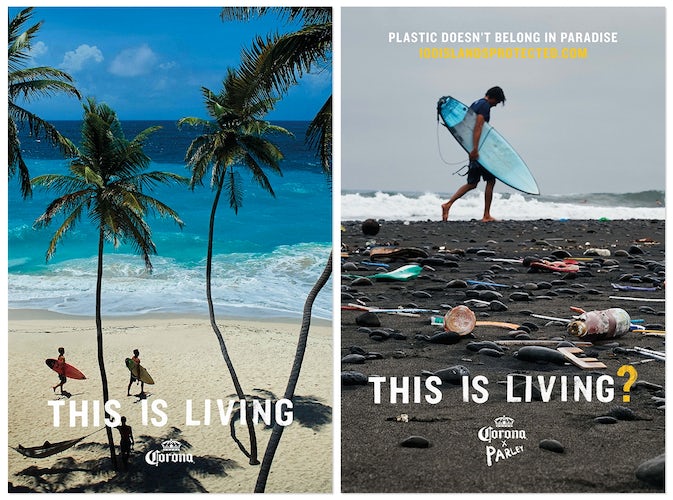 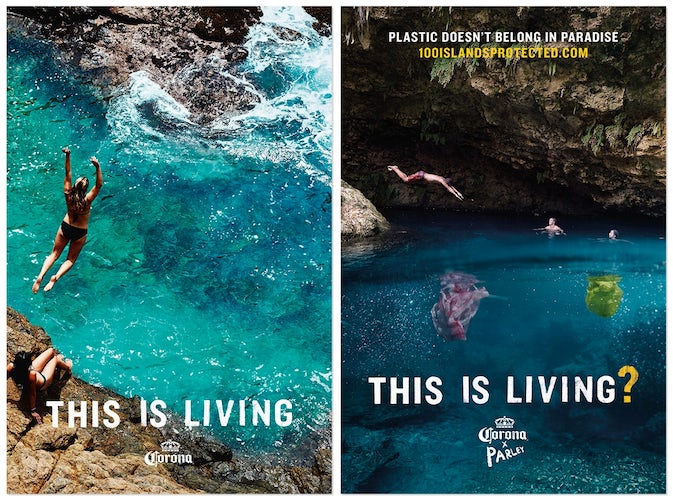 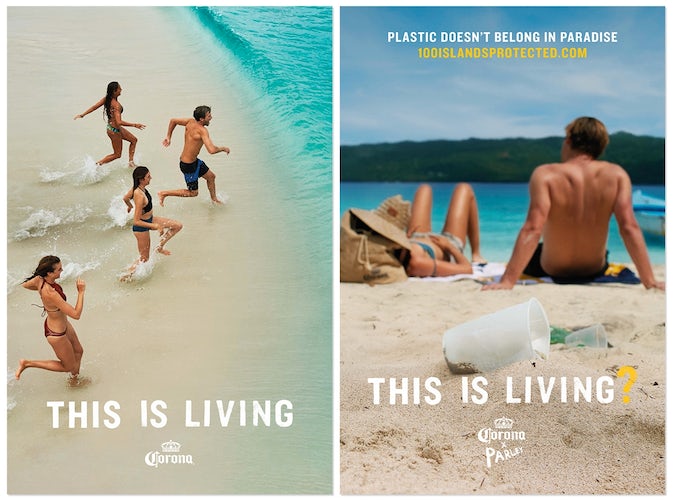 The agency has also used over a thousand kilograms of ocean plastic to create a giant wave billboard in London’s Old Street, intended to remind passers-by of the huge amounts of plastic rubbish found on UK beaches. 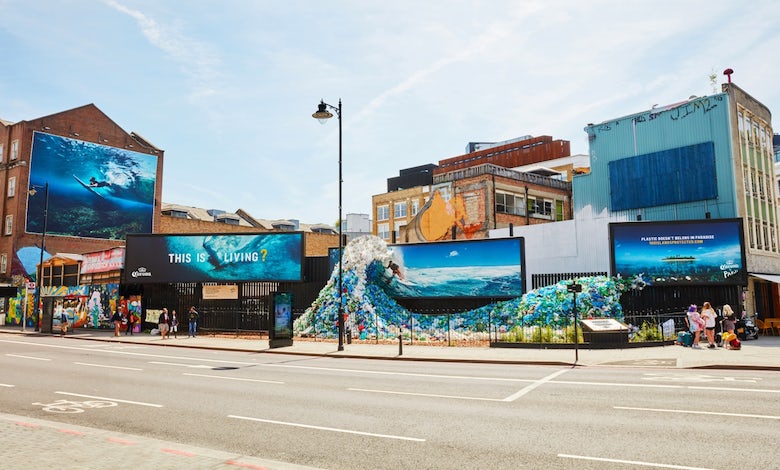 The campaign is part of a wider effort by Corona to address ocean pollution, which has seen the brand commit to protecting locations around the world in partnership with Parley for the Oceans. Corona’s Clean Waves initiative turns reclaimed sea plastic into wearable products, the sales of which support their efforts to clean beaches up.