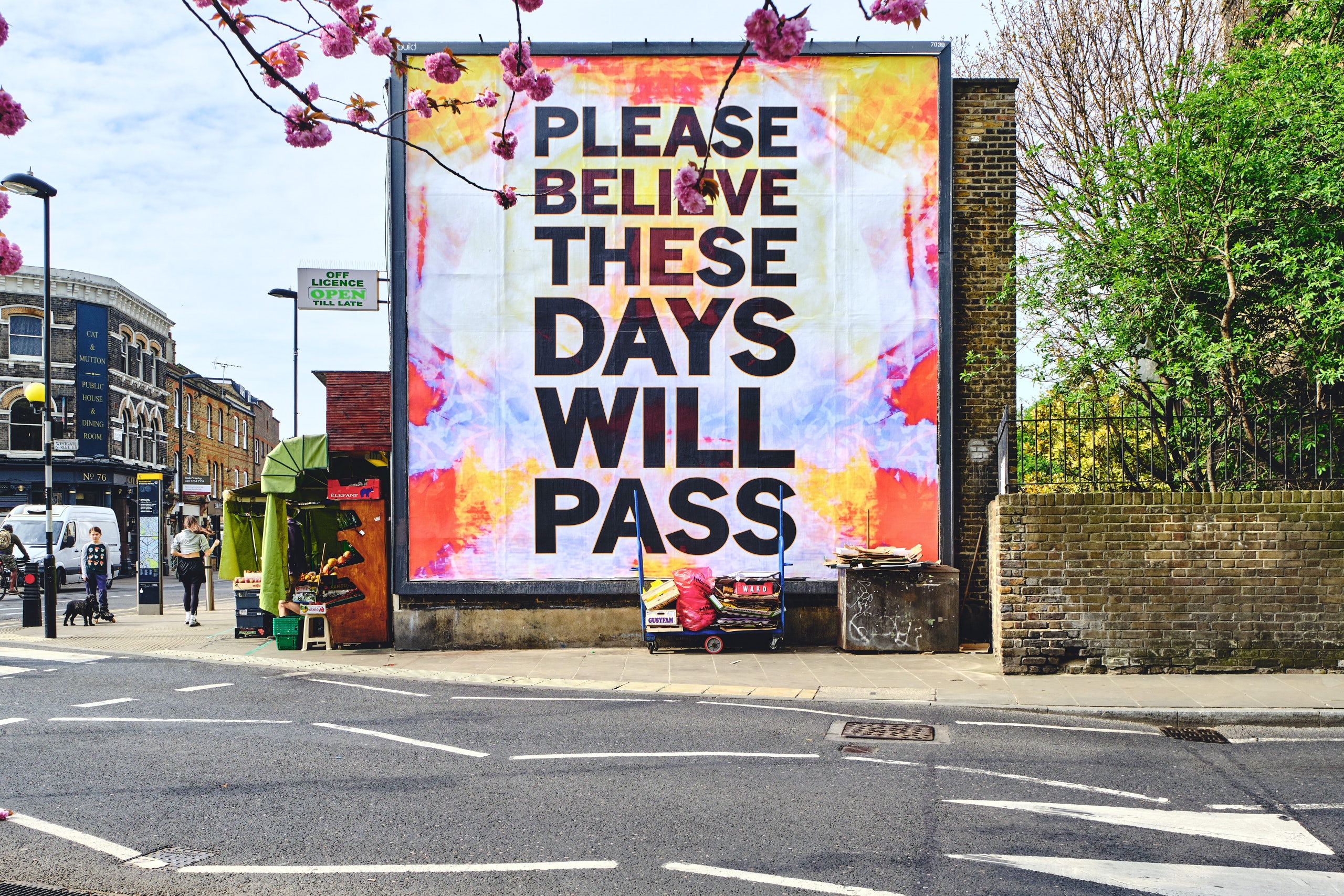 Your Space Or Mine is an art initiative set up in the UK during the Covid-19 pandemic by the Build Hollywood media group to give artists and creatives free space on billboards and posters to present their work in a public setting. The aim of the project is to bring hope and inspiration to our streets.

The first artist Build Hollywood collaborated with for Your Space Or Mine was Turner Prize nominee Mark Titchner. This included a major poster takeover across the UK, as well as a short film documenting the collaboration. The colourful, typographic piece, titled Please Believe These Days Will Pass, was a bid to boost morale during a time when many of us were only leaving the house for essential food shops and daily exercise.

The collaboration not only caught the attention of people on the street but also gathered huge momentum in the press, and the hashtag #pleasebelievethesedayswillpass went viral on social media across the world.

Other projects in the series have included work celebrating the NHS, promoting Black Lives Matter, and encouraging everyone to support each other and keep smiling. 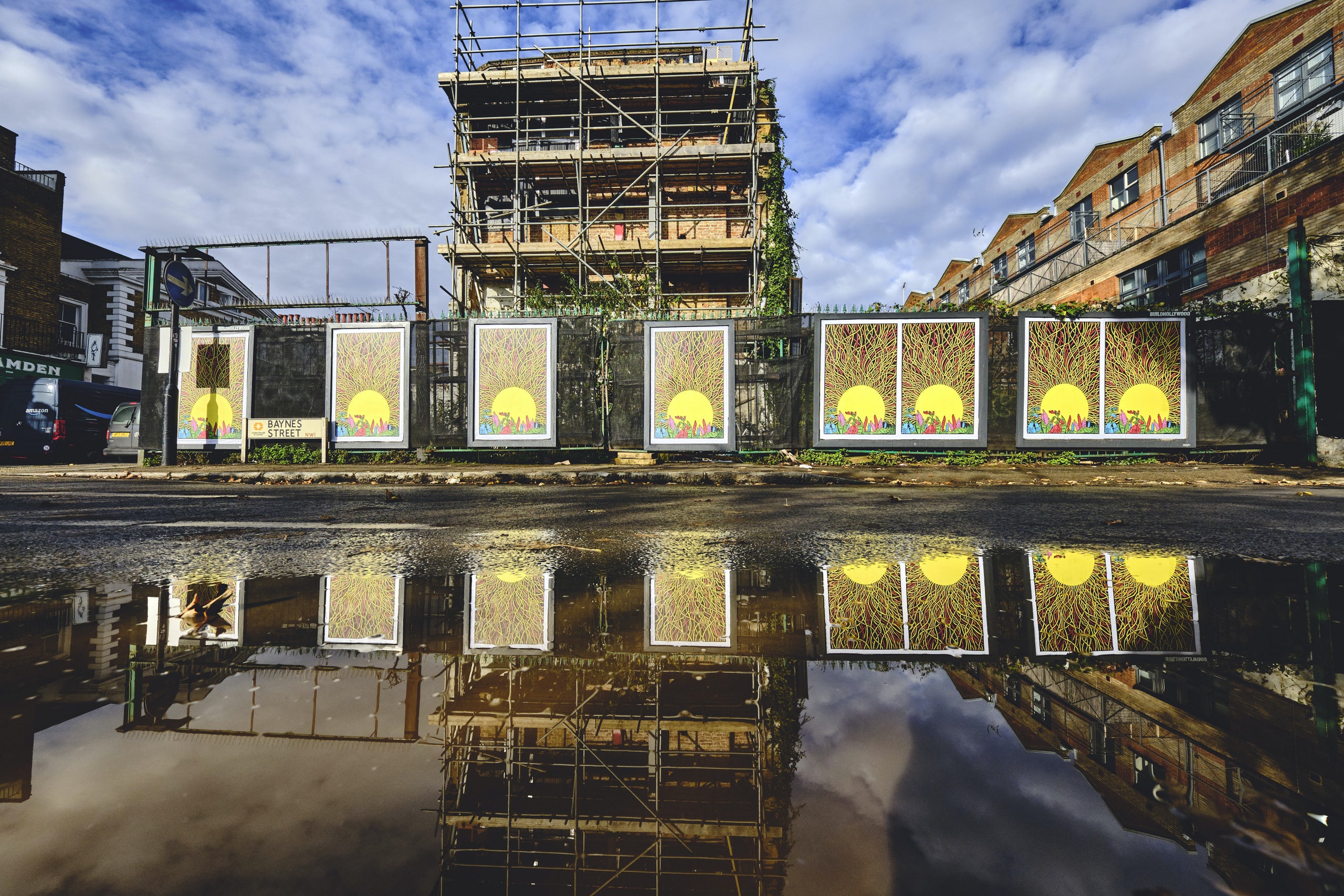 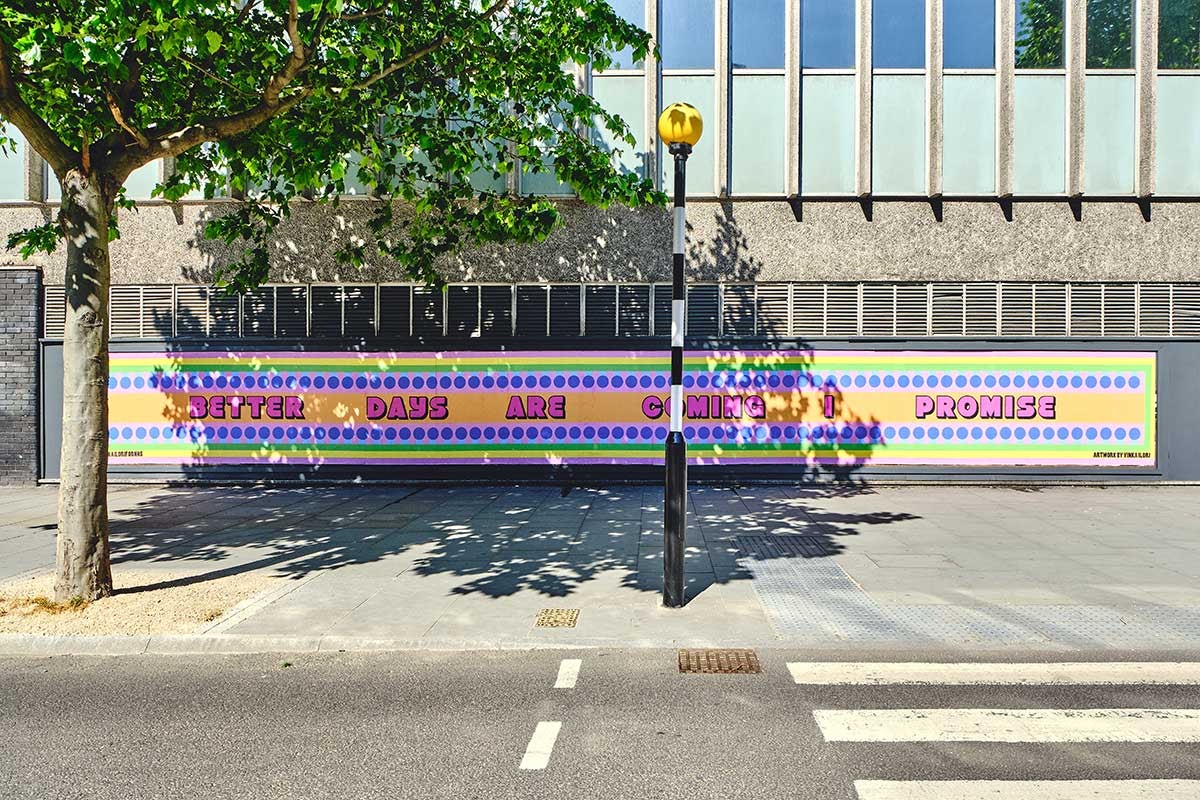 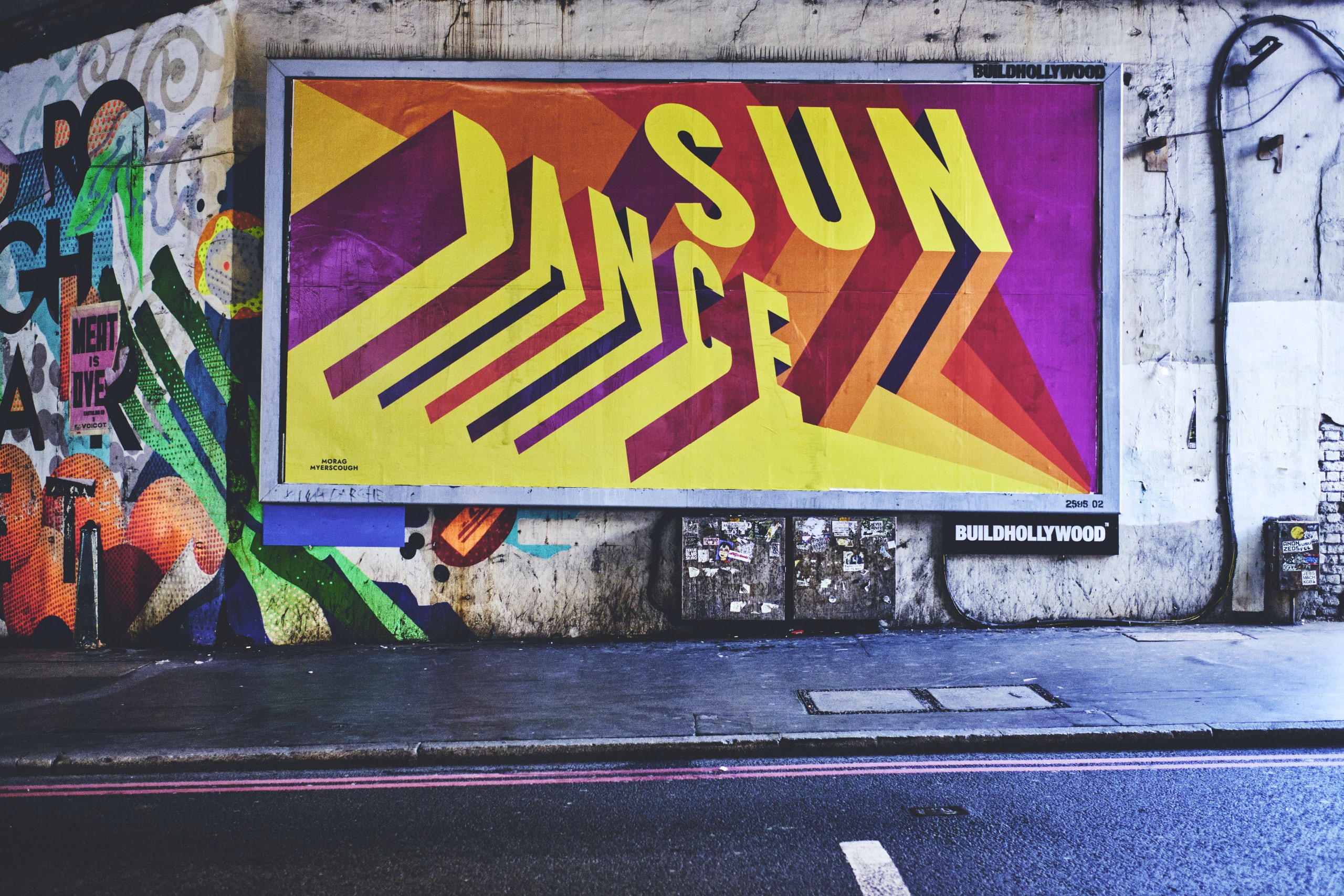 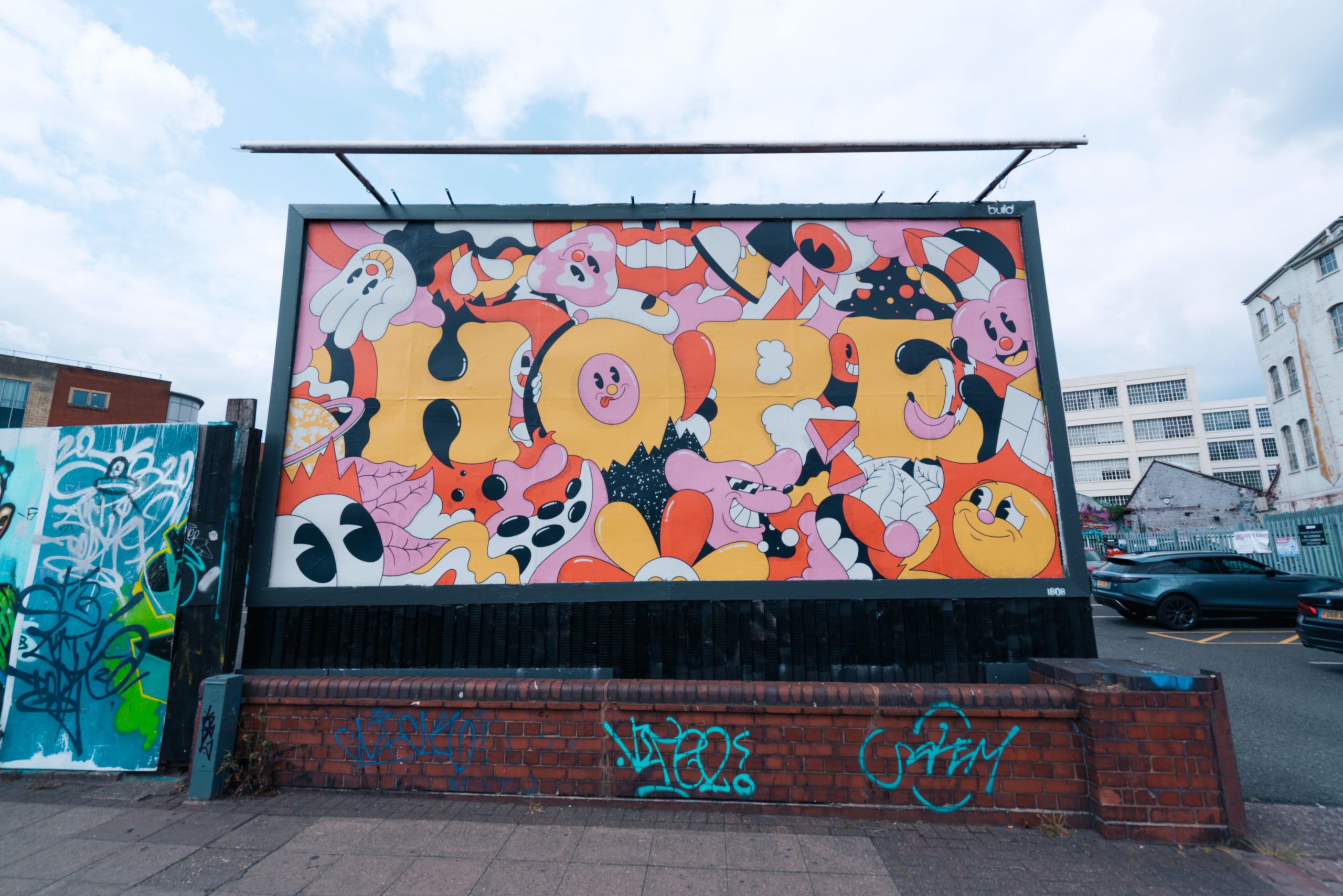 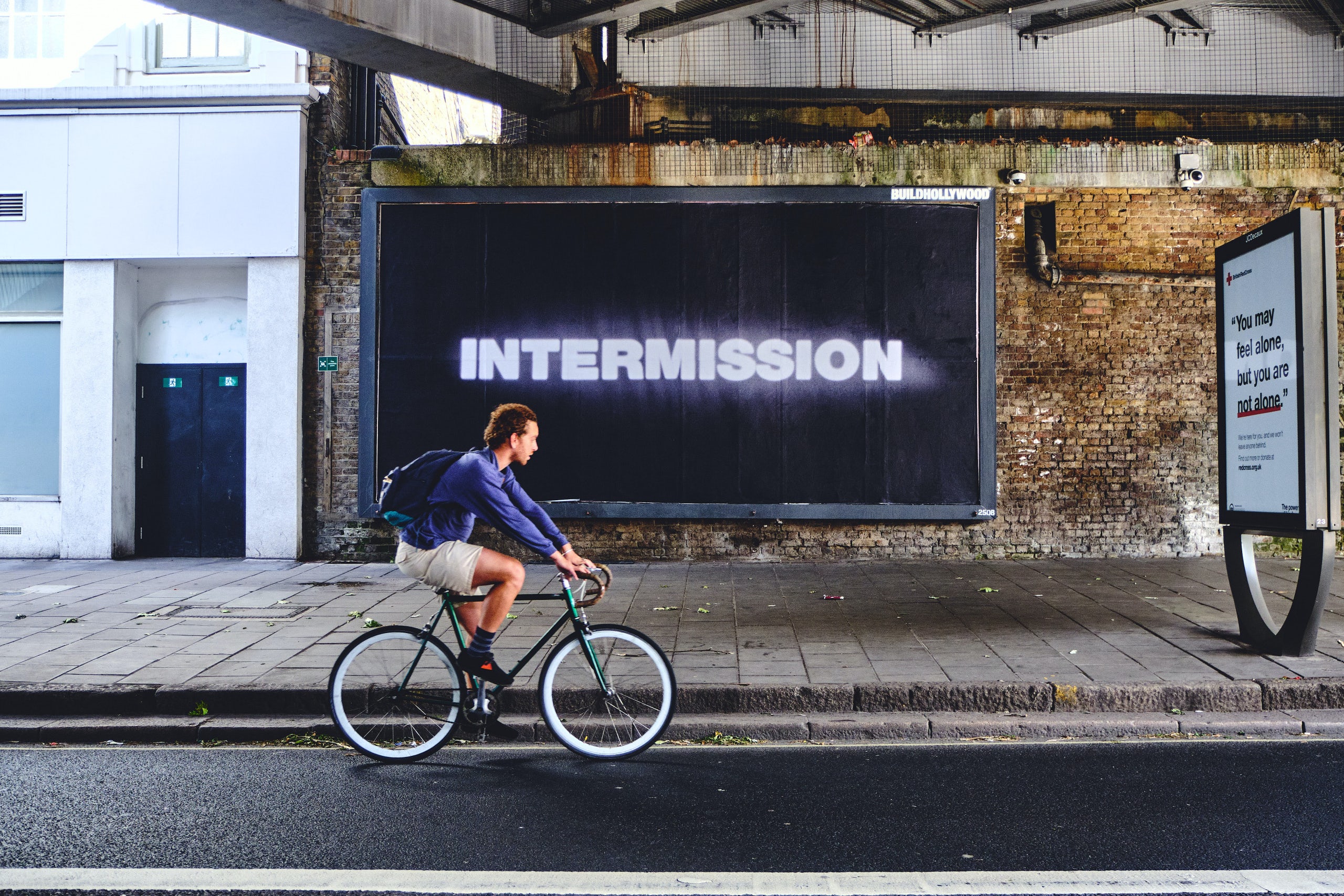 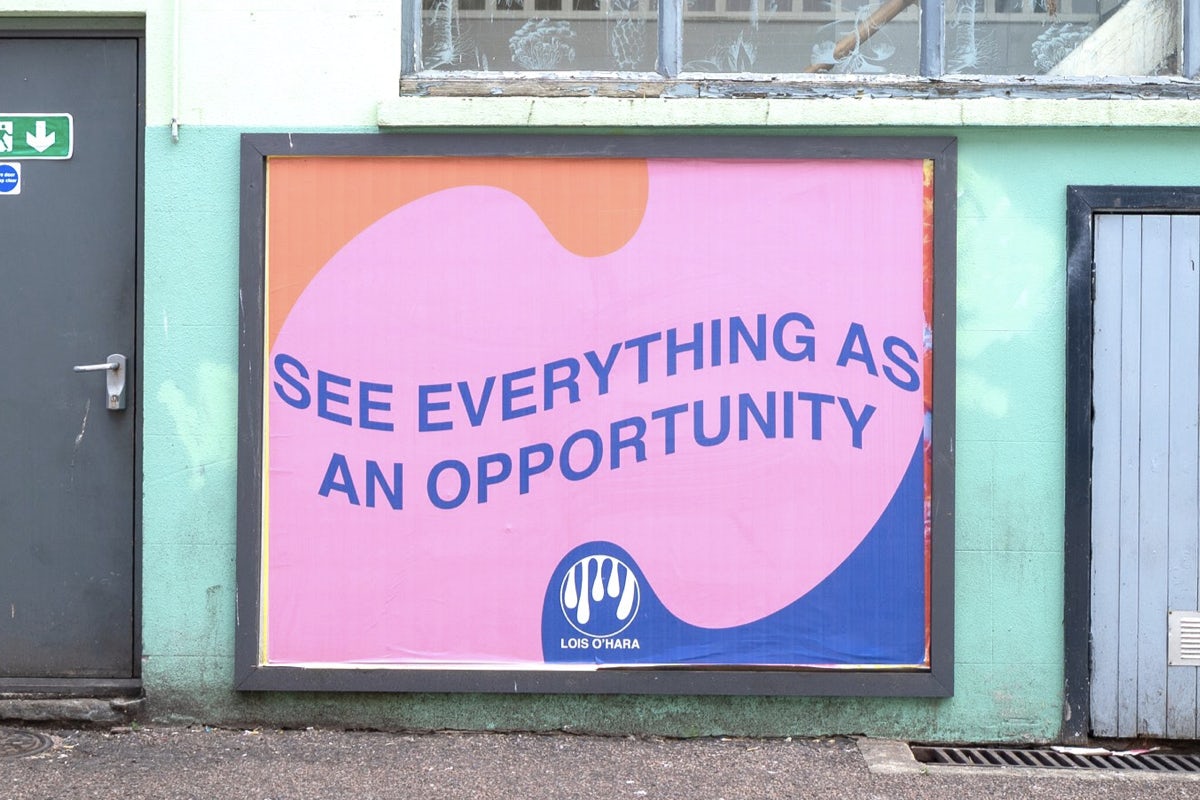 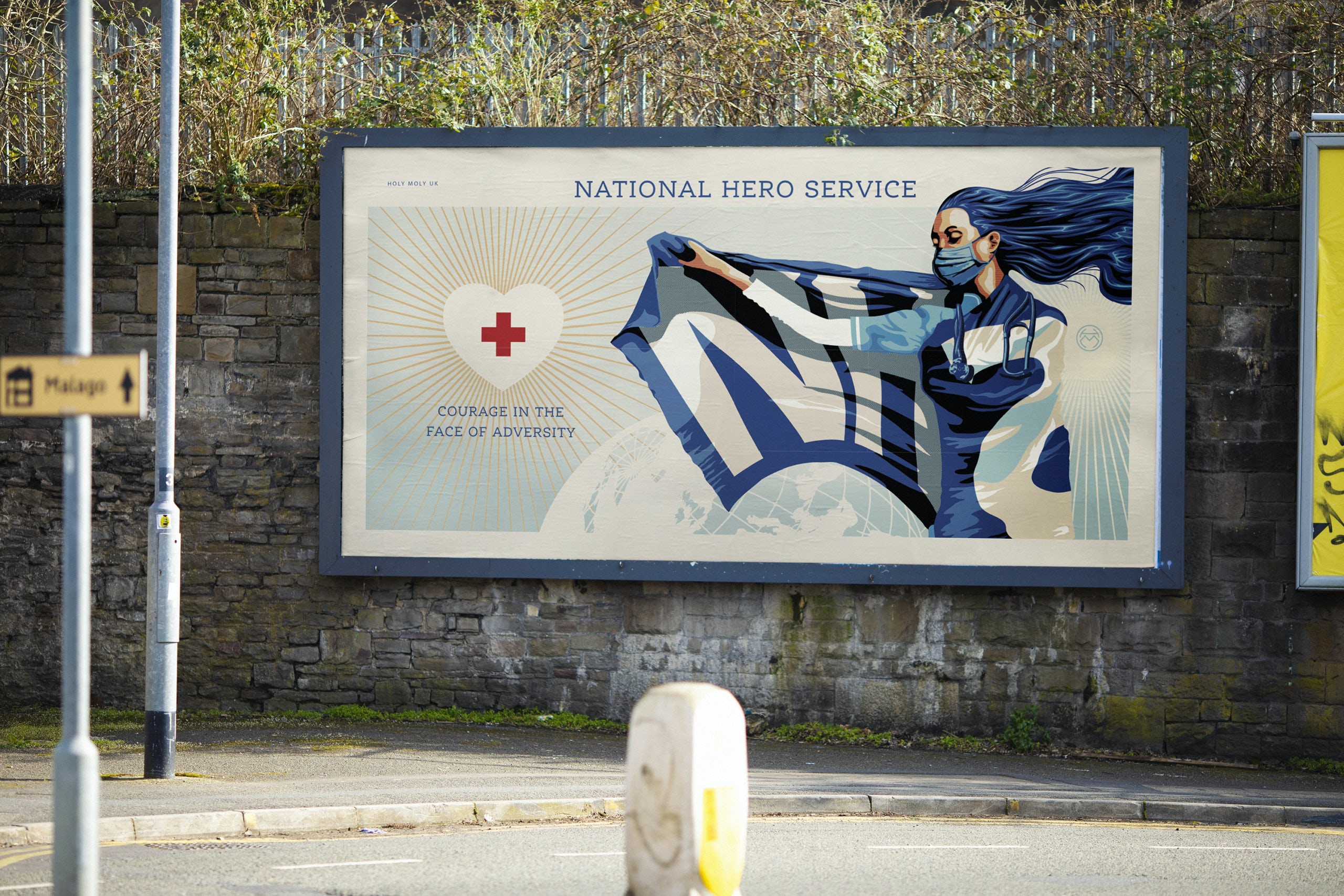 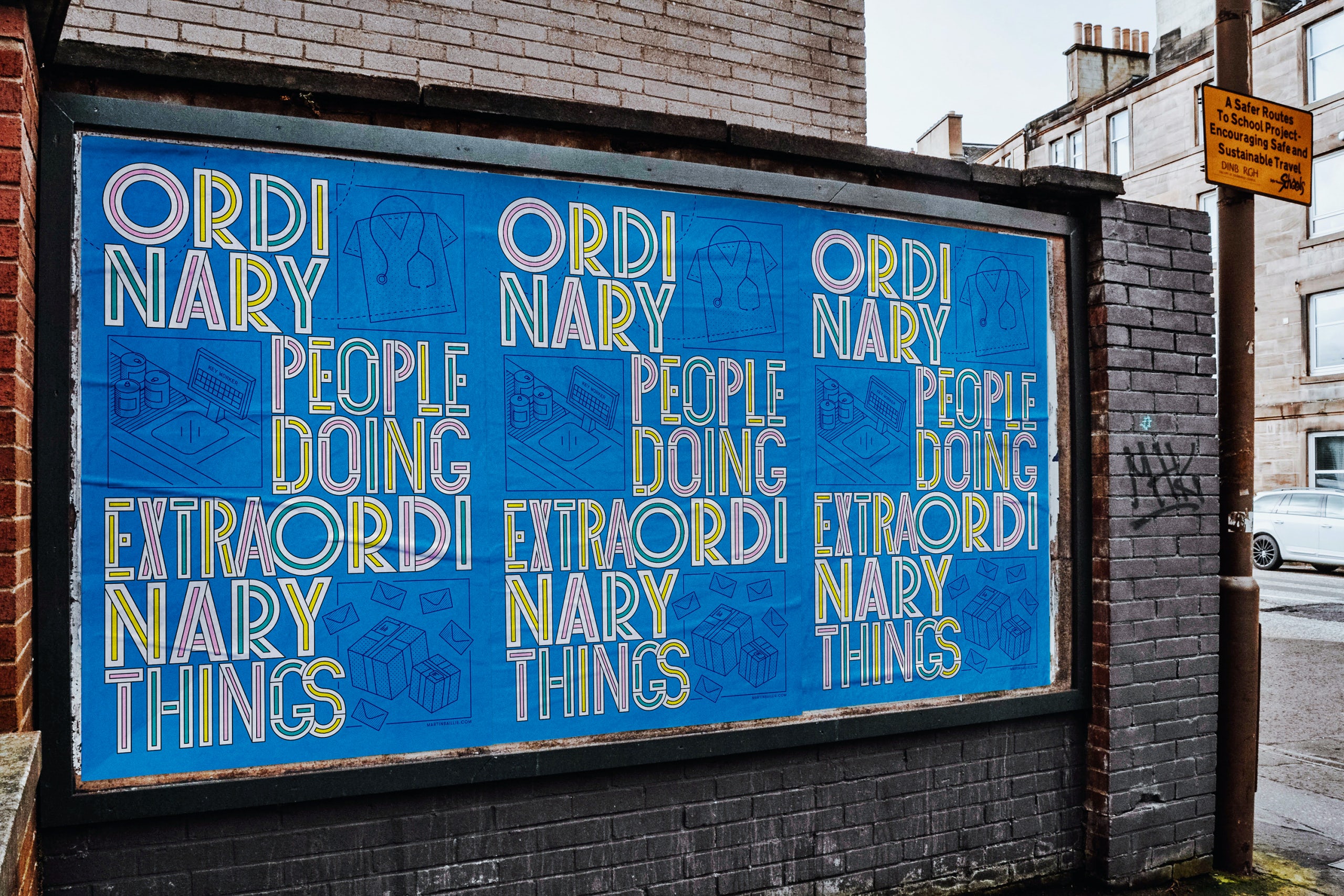 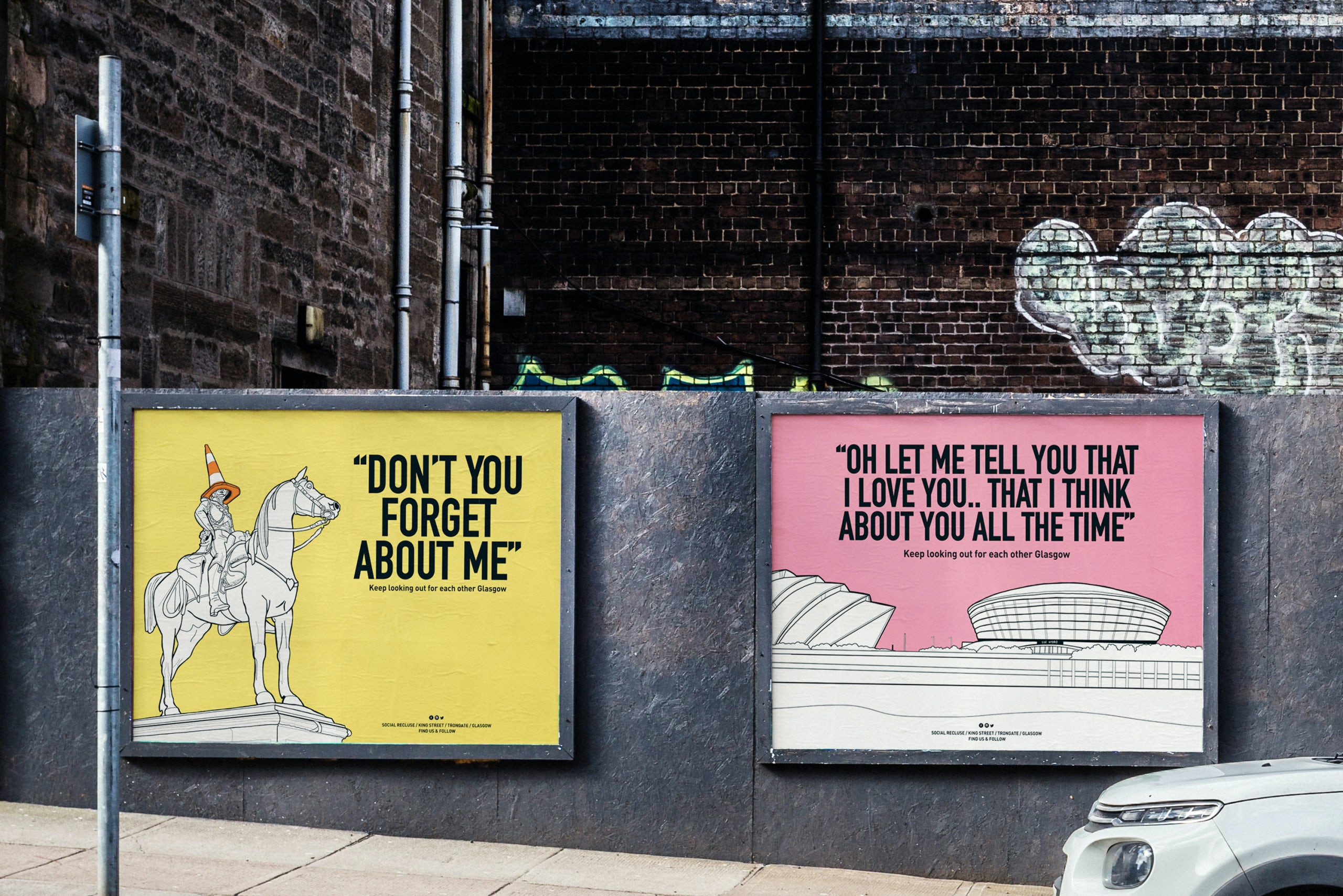 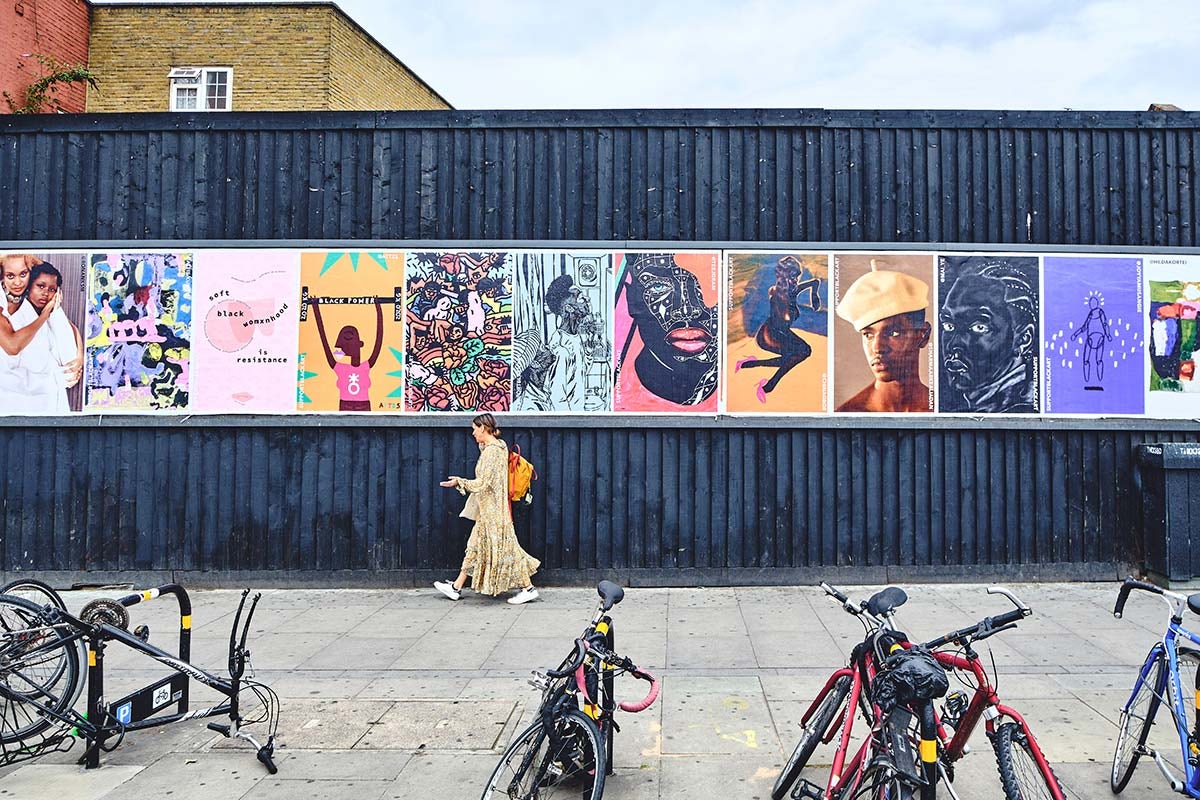