Yuoning Chien’s parents’ hopes for her to become a big-name musician were apparent from day one, with her nickname YoYo being chosen in tribute to the famous Chinese-American cellist Yo-Yo Ma.

Unfortunately for them Chien’s musical career wasn’t to be, as she started gravitating towards the art world from an early age. “I was always a weird kid when I was growing up,” she says. “I grew up in a pretty conservative family where everyone wanted to be doctors, teacher or anything related to business, but I was really into painting and my mum noticed, so she took me to drawing class every weekend. Since then, I’ve never stop creating stuff.” 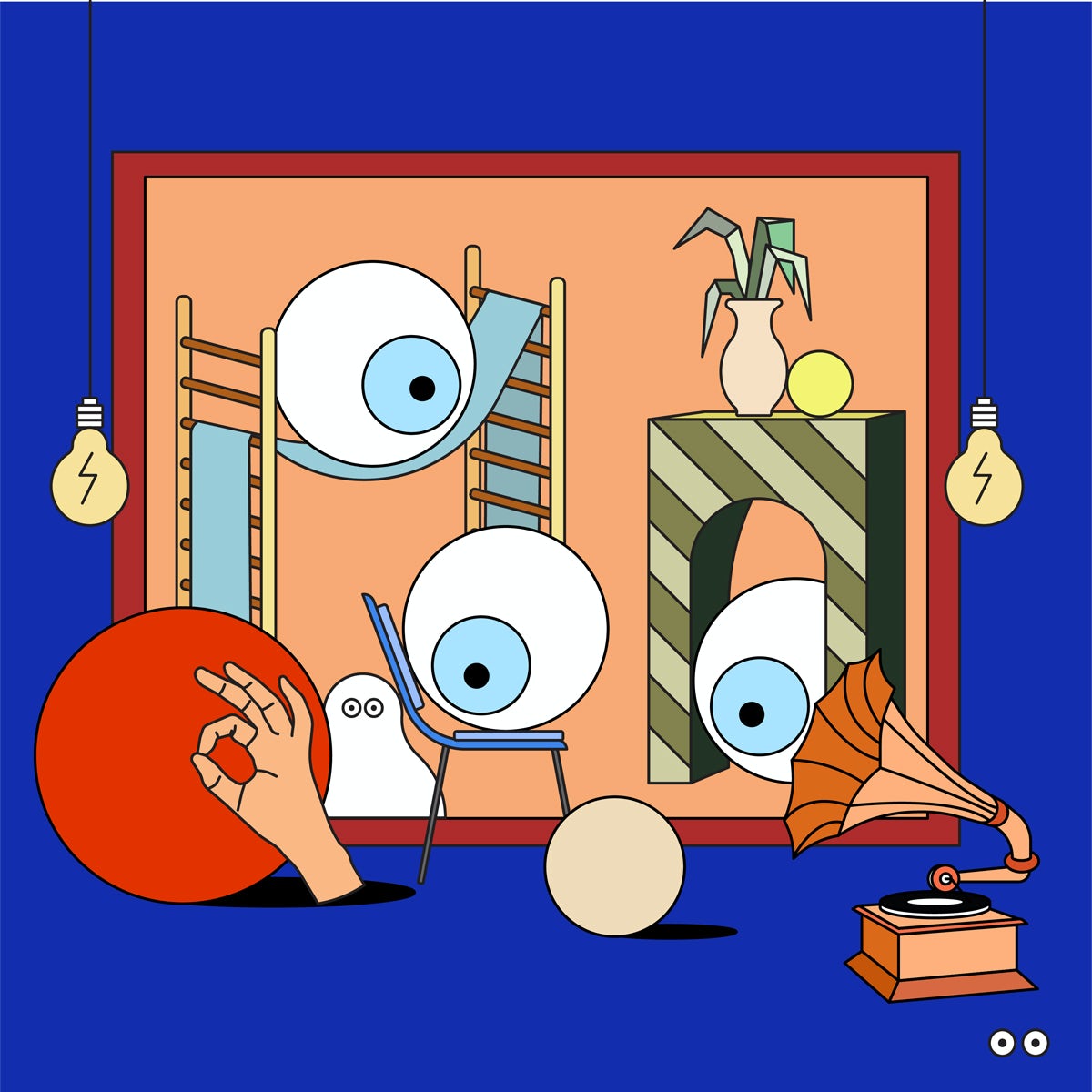 Now based in New York, the graphic designer and illustrator was in her junior year in college back home in Taiwan when she decided that she wanted to up sticks and move to the US. “All I wanted was something new, something that I’m afraid of. I’d never stepped out of my comfort zone in my life, and I think those feelings inspired me a lot,” she says.

While Chien’s family were intially against the idea, they eventually supported her decision and she took up a place on the graphic design course at New York’s prestigious School of Visual Arts. 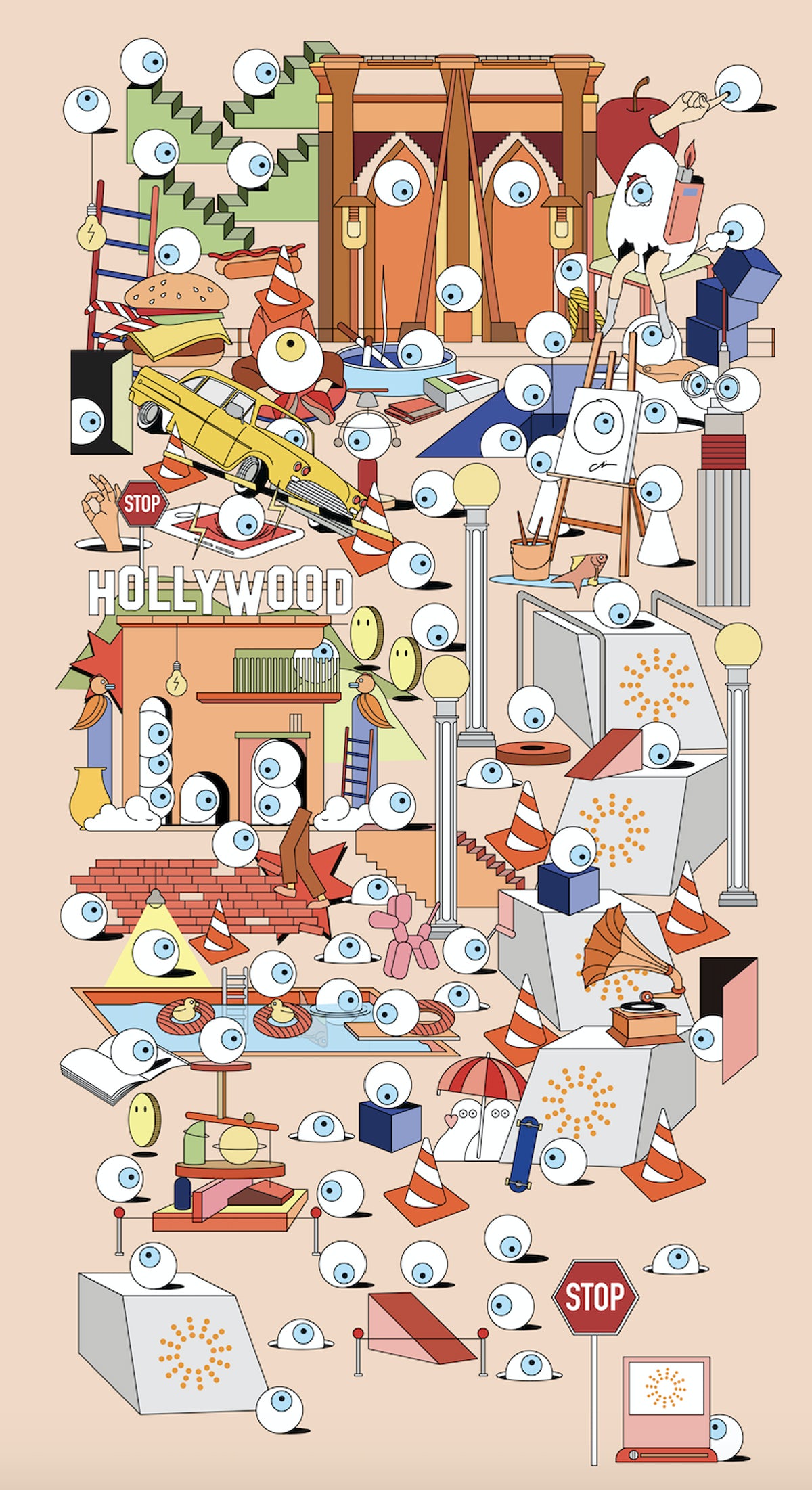 Since graduating the illustrator has been busy building up her body of personal work, and while she says she hasn’t developed a definitive ‘YoYo’ style just yet, her creations are nothing but distinctive.

Most of her illustrations depict scenes from her daily life that most of us would be familiar with – from a scorching summer day to brushing her teeth – but take a slightly less conventional way. Basic, block-coloured shapes are typically combined with everyday objects and cute illustrated characters such as ghosts and, most prominently, eyeballs. 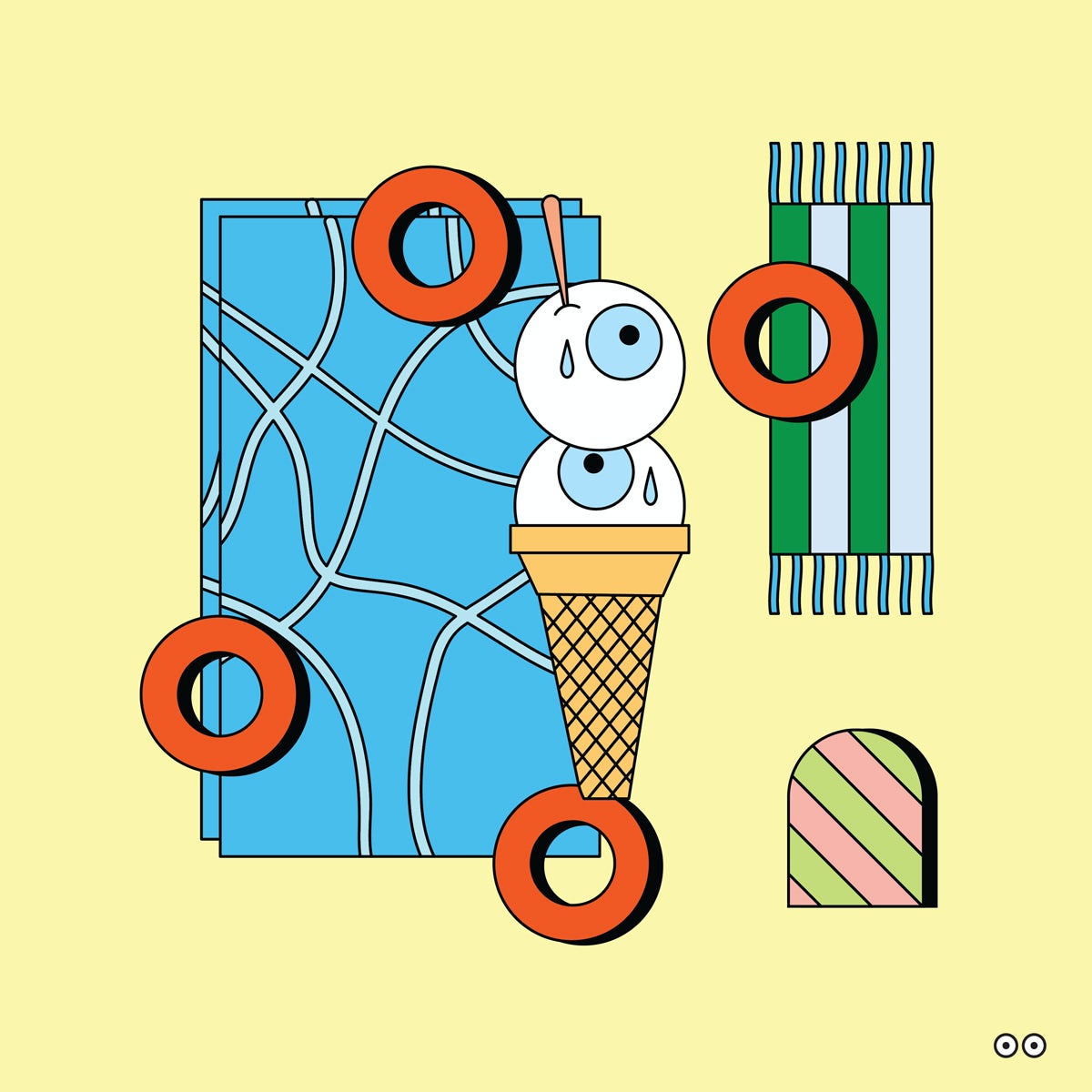 Why the obsession with this particular body part? “I use eyeballs as my character in the artworks, and they’ve now become my logo,” says Chien. “But my first idea was because my eyes are so small and I always wanted to have bigger eyes … so I just wanted to draw the things I don’t have.”

At a first glance, Chien’s weird and wonderful illustrations may seem superfluous, but there is also a more serious undertone to her work. “My uncle who I’m really close with suffers from Alzheimer’s, and it breaks my heart to see him lose his memory day by day. Because he forgets so easily, I became scared that one day it might happen to me too, so I created a diary that helps me keep a record of all the memories that happen in my life.” 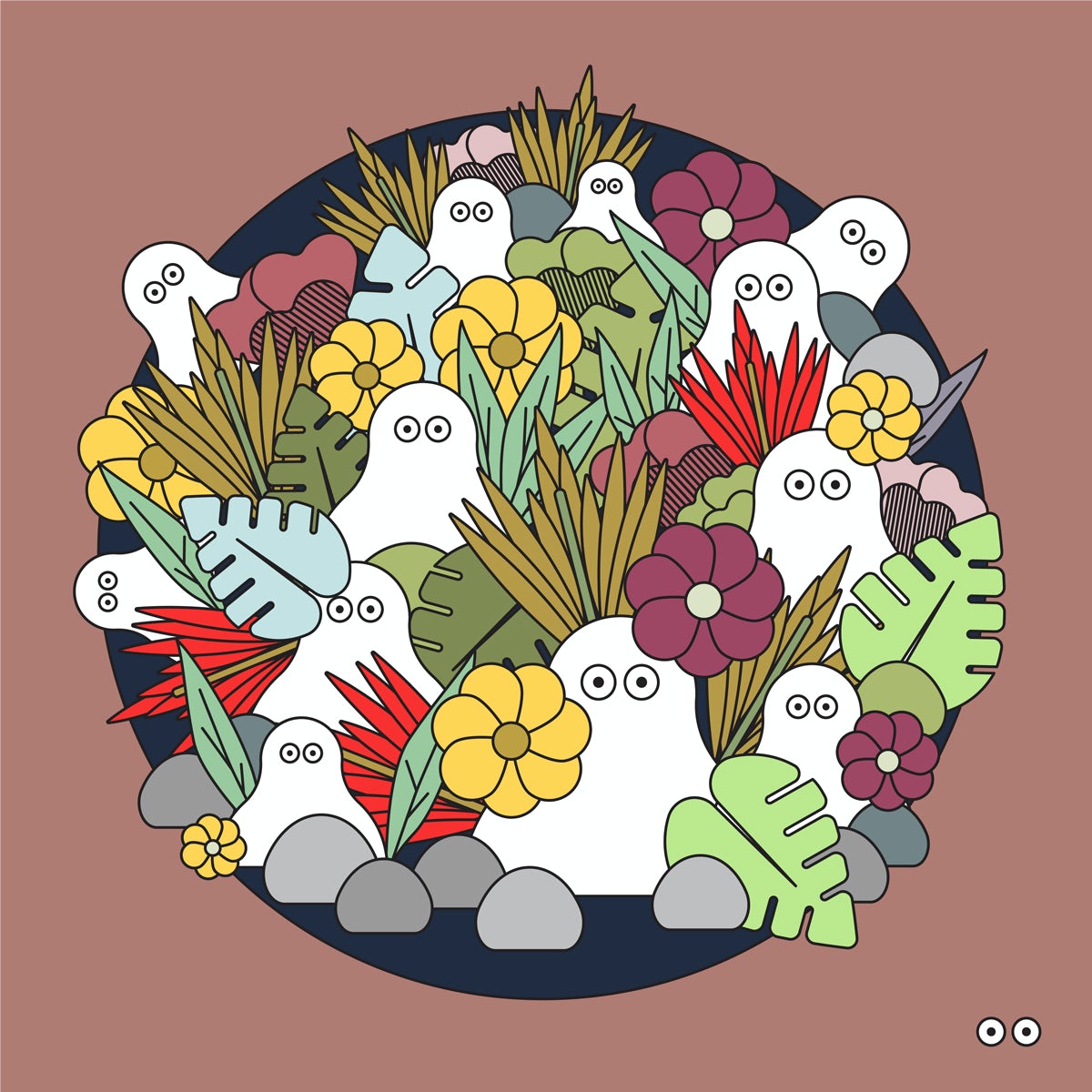 While the majority of the Chien’s work so far has been personal, she has also worked on a number of commercial projects, including creating the branding for a coffee shop and designing an album cover.

Her favourite commission to date was during her residency at agency 72andSunny’s LA outpost earlier this year, when she helped to create a mural raising awareness about homelessness in the city.

This is finally done! Thank you @trae_bien @calicatherine made this happen and it was an amazing journey to be one of the creative resident. @72u @72andsunny_ LA is in crisis – 53,000 individuals are experiencing homelessness and are in need of housing. Dear Neighbor is a partnership with the homeless community to address this crisis. Together, we’ve created messages and letters addressed to fellow Angelenos about the importance of Permanent Supportive Housing (link to Why PSH?) (PSH) – the solution to ending homelessness in our city. Check out our murals in South LA and Koreatown: each features a personal message from a homeless Angeleno about the importance of housing in their lives. @dearneighborla #dearneighborla #everyonein #housedhealthysafe #muraldesign #yoyoisyoyo

As for the future, Chien plans to continue using illustration as her main form of stress relief, and in the process hopefully putting a smile on other people’s faces too. “I think I’m just finding a way to make myself feel fulfilled,” she says. “I love stuff that makes people happy, and I guess illustration is the only way that I can share my feelings with people.”