Rather than an architectural beauty, nowadays the modern cinema is usually an air-conditioned mound found in a suburban leisure park or shopping centre. While the emphasis might once have been on intricate cornicing and red velvet curtains, it’s now often on screen size and a bounty of snack options.

But if you have a hankering for the charm and glamour of cinemas of the past, a new book published by Prestel that aims to honour the grand movie theatres of 20th century America, will be just up your street.

The book is put together by French photographer duo Yves Marchand and Romain Meffre, who have become known for shooting wistful images of forgotten, abandoned architecture around the world, from the courtyards of Budapest to the neglected ruins of Detroit.

With Movie Theatres, a project that started in 2005, Marchand and Meffre trekked across the US to visit the “grandiose movie palaces” that were constructed during the country’s heyday of the entertainment industry. 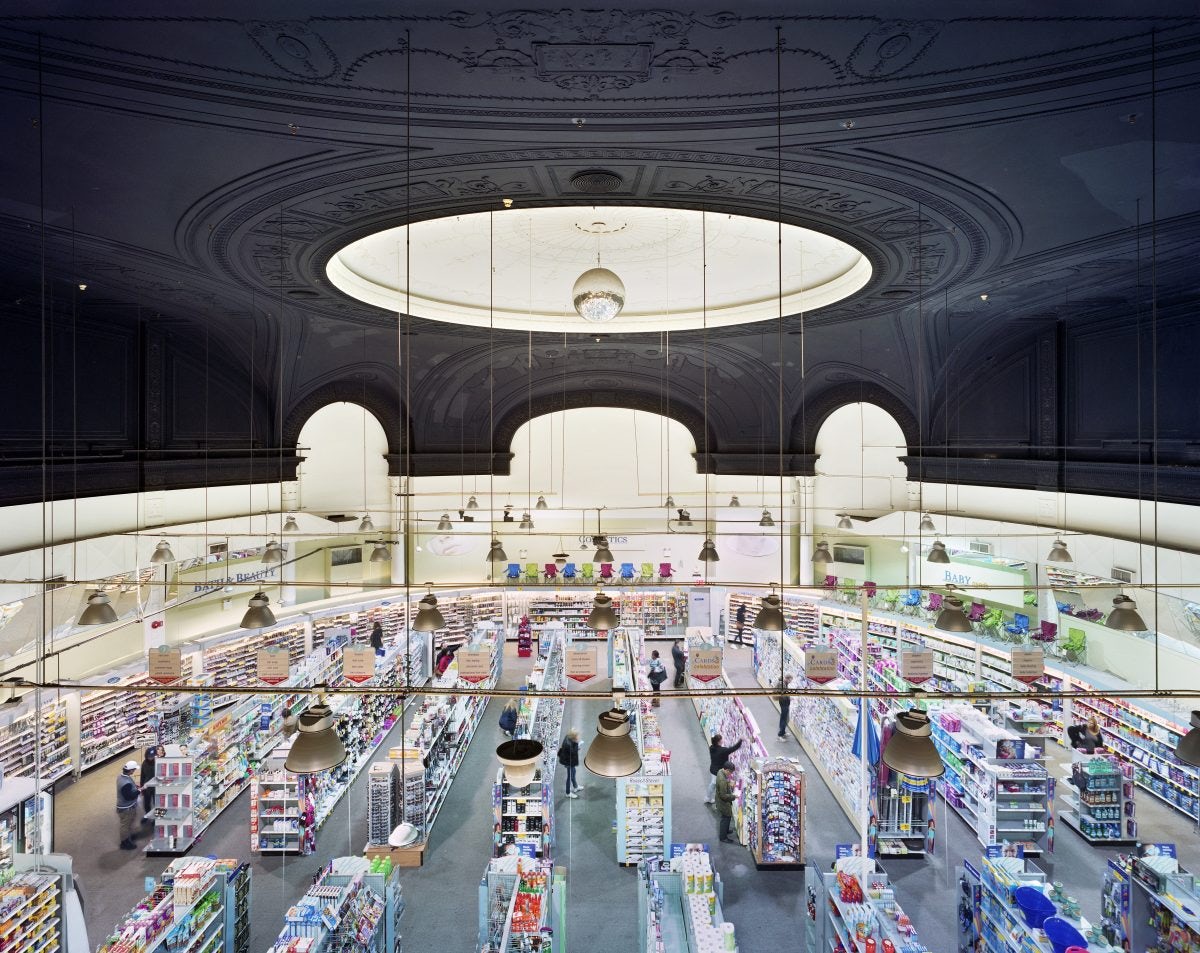 As the 60s dawned, TV and multiplexes made many of these theatres obsolete and the following decades saw the buildings become modernised or fall into disrepair.

A big focus for the photographers has been on the ones that remained empty and abandoned, simply because these early 20th-century relics display an array of architectural styles inside and out, from neo renaissance to neo Gothic, art nouveau to Bauhaus. 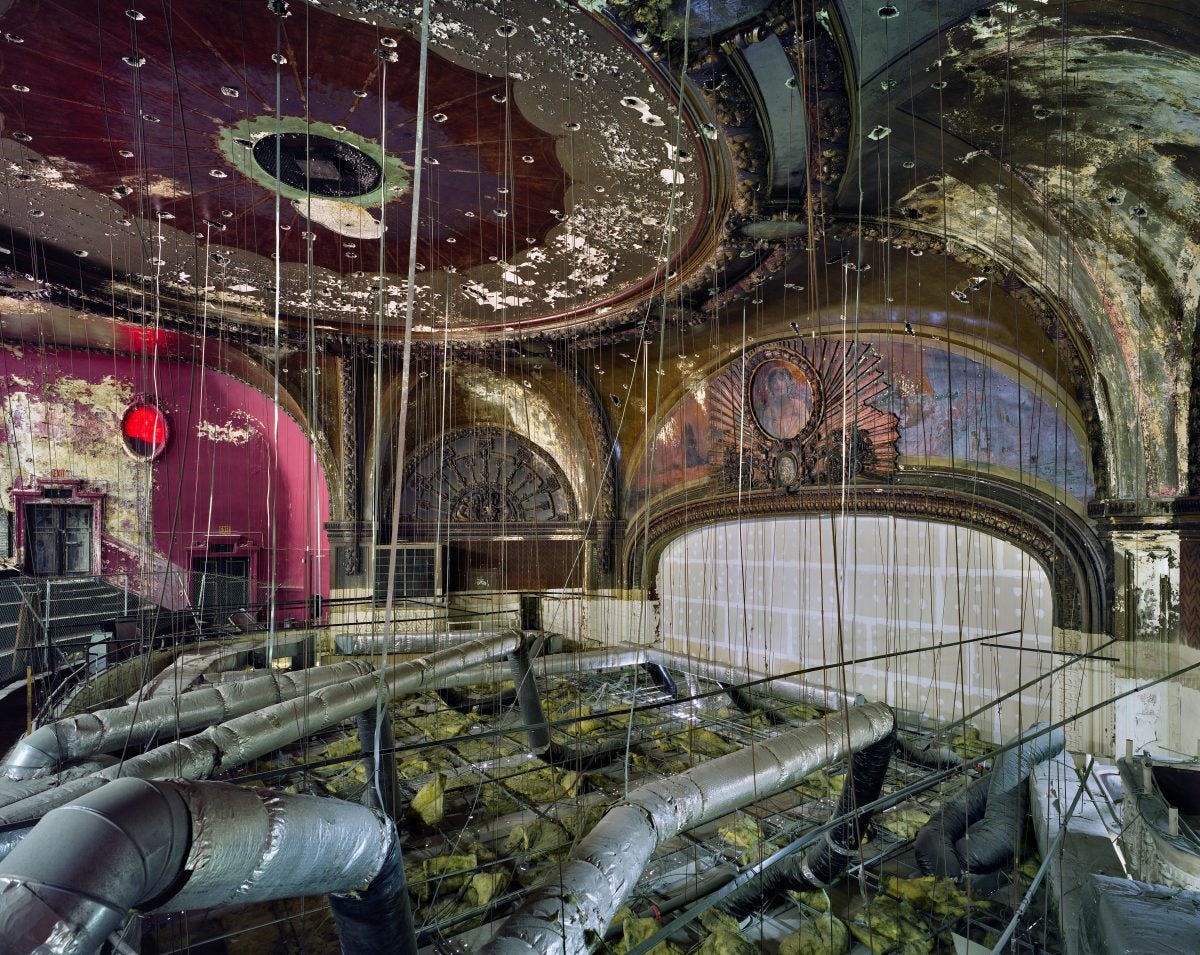 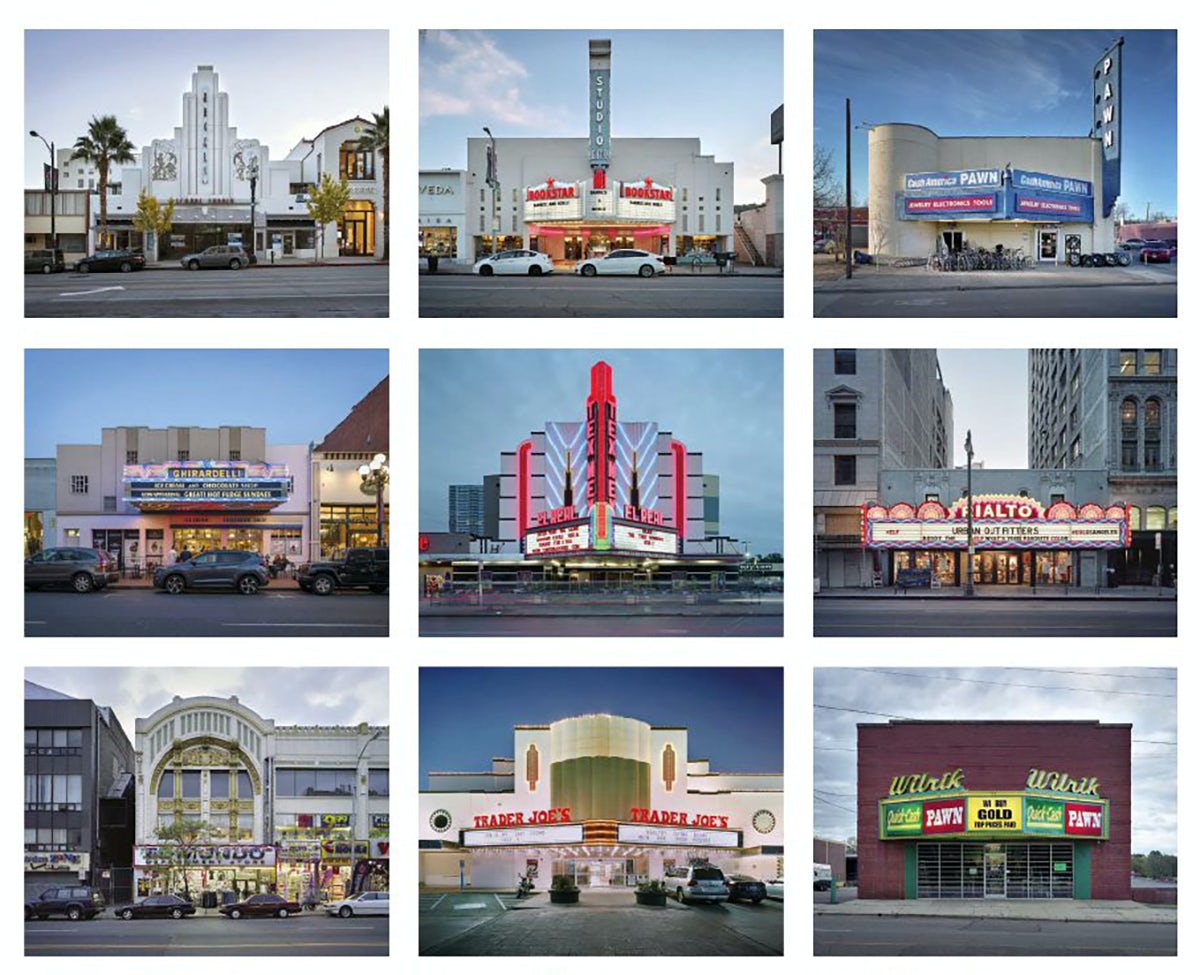 The photographs of the interiors reveal the grand scale of these cinemas but also highlight the crumbling beauty of what was once there, with dusty broken seats, crumbling paint and plaster, and bygone equipment a key focus in the images. 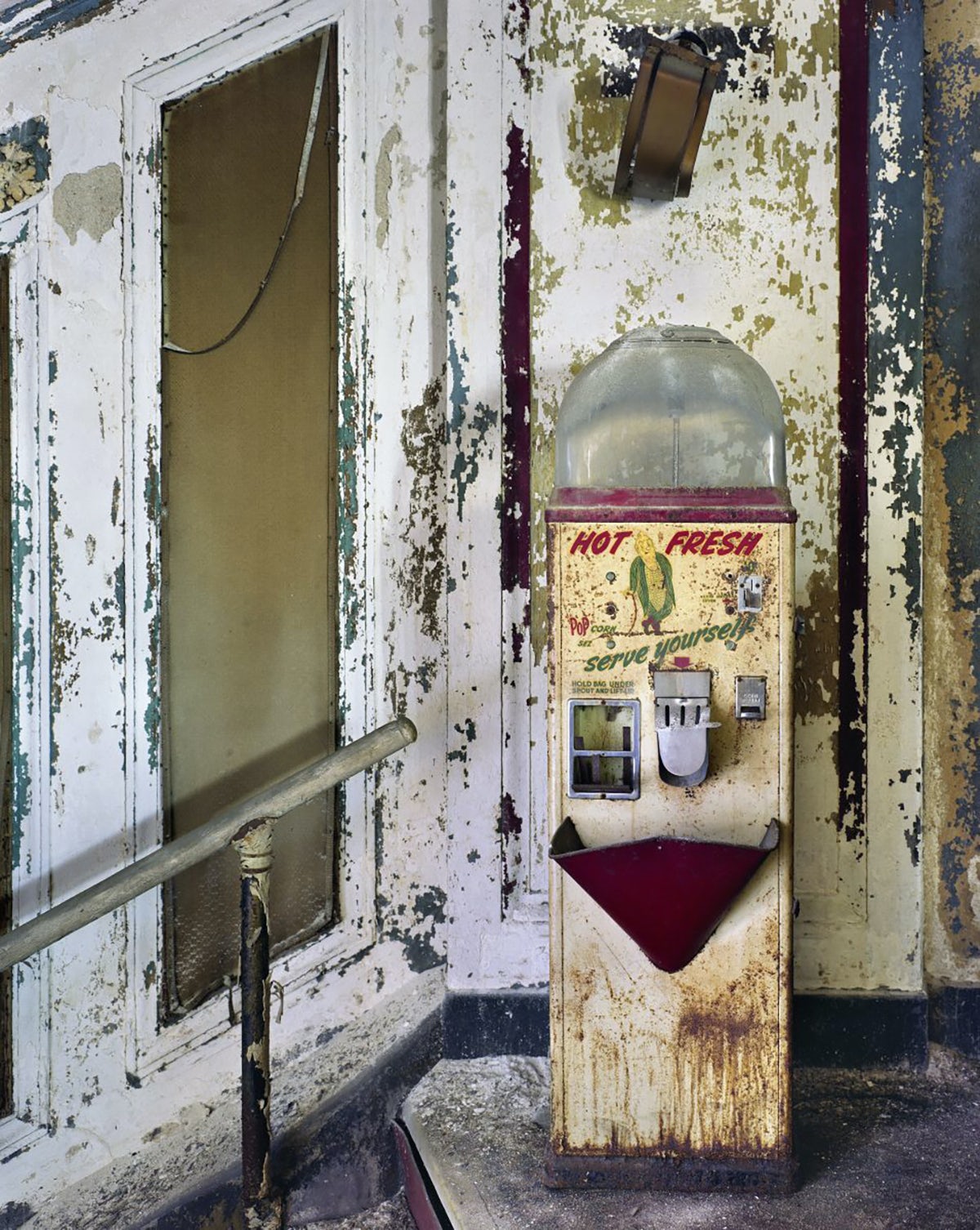 Another element the photographers have explored is the buildings that have been repurposed for a contemporary need. While they’ve not been left in ruin, the juxtaposition between the imposing, semi-preserved architecture and their mundane transformation into bingo halls, supermarkets and sports halls feels just as compelling.

With over 200 images to pore over in an over-sized format, the book feels like a historical document or even a photographic eulogy to the American movie theatre dream. 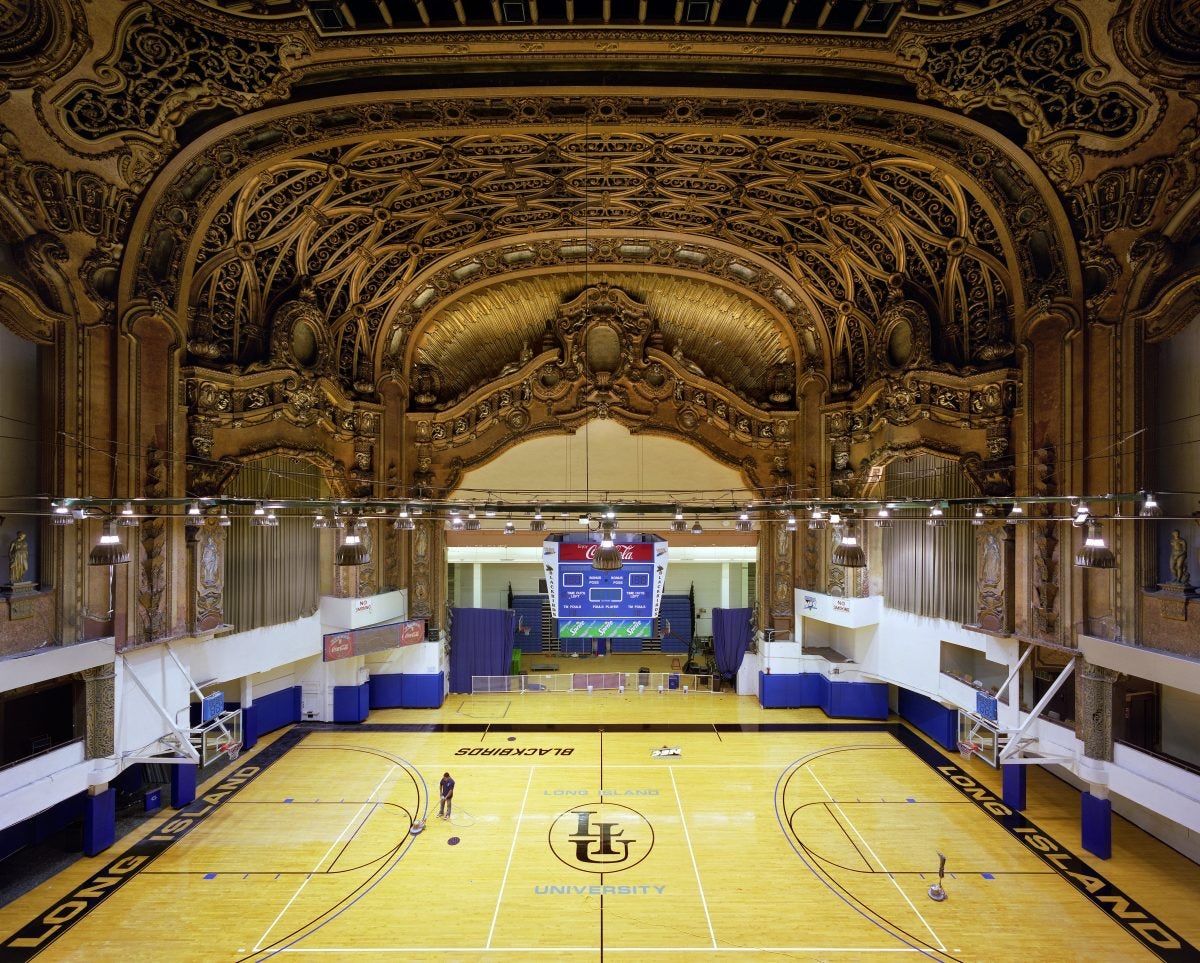 Movie Theatre by Yves Marchand and Romain Meffre, published by Prestel, is out now; marchandmeffre.com