Recent RCA grad Zohar Dvir’s animation, Mercury’s Retrograde, is about a millennial seeking answers and what happens when the protagonist lets her fortune-telling magic 8 ball replace her intuition. “When she loses her 8 ball inside her unconsciousness, she embarks on a journey to find answers – in the form of her ball and within herself,” explains Dvir. “Mercury’s Retrograde is a satire about a neverending quest towards self realisation, self improvement, and life’s answers.”

Dvir says she was initially inspired by famous Swiss psychiatrist Carl Jung’s theory on the archetypes of the collective unconscious. The animator wanted to take these universal symbols and turn the main archetype (The Self, The Shadow, Animus, The Mother, The Child, and the Wise Old Woman) and turn them into characters that her protagonist would encounter along the way. As an extension to this, Dvir also considered Jung’s notion that society loses its spirituality as scientific understanding grows, which leads to disorientation and dissociation. 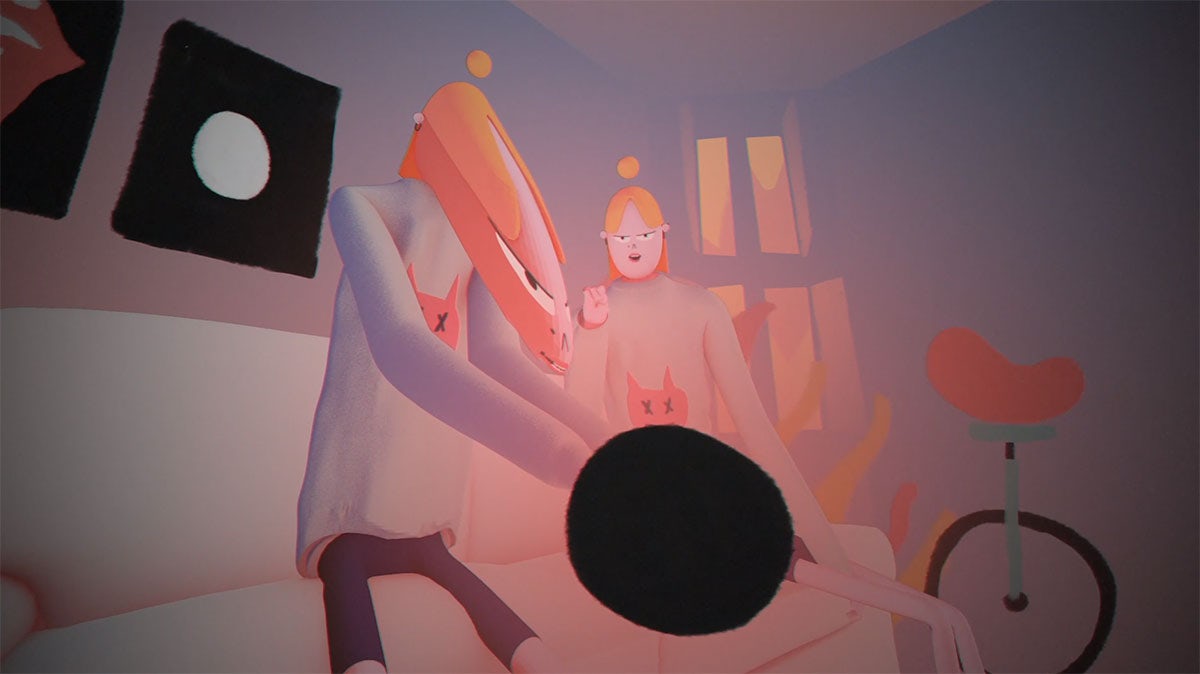 “His statement is still relevant half a century later. In an overwhelming and chaotic world it seems like the only way to live through it is disconnecting ourselves emotionally,” explains Dvir. “We are lost, detached, and we have replaced our intuition and inner truth with external sources that give us the sense and order: Are you having an anxiety attack? It’s probably because mercury is in retrograde. Afraid of leaving your house and catching coronavirus? It’s because your moon is in cancer. Tarot readings, psychics, acupuncture, rituals – there are so many places we can go to when we seek answers. We got to the point that we can’t make any decisions, and we don’t trust ourselves anymore.”

Though this subject matter can seem heavy and complex, Dvir makes these big questions feel more digestible by approaching it in a comic and lighthearted way. “For me making a film is like being at the backstage of life and observing and analysing everything in an objective way, like some kind of a big therapy session,” she says. Stylistically her animations tend to blend two and three-dimensional elements, giving the work a warm, playful and slightly surreal look. “I like using low-saturated pastel colours to make my work colourful but not in a happy way, like something is wrong, like a minor chord,” she adds.

Animation has been Dvir’s preferred medium for a while now and she first began experimenting with it when she was a teen creating films and editing sequences together. “At the RCA I had the unique opportunity to think about innovative storytelling, create installations involving animation and make short films,” Dvir says. “I got to exhibit interactive work and screen my films. I think there’s more places nowadays for animation in art galleries and I hope to keep doing both – films and installations, or films that are installations.”

The animator’s started the project by finding references to the archetypes Jung describes in articles, films, religion and tarot cards, and then created her own take on them. “For example, the mother archetype is sometimes described as ‘Mother Nature’ or the moon, and Jung described the mother as ‘loving and terrible’,” Dvir says. “So I decided to design the mother archetype as a terrifying and devouring moon that cradles the protagonist in a motherly way.” 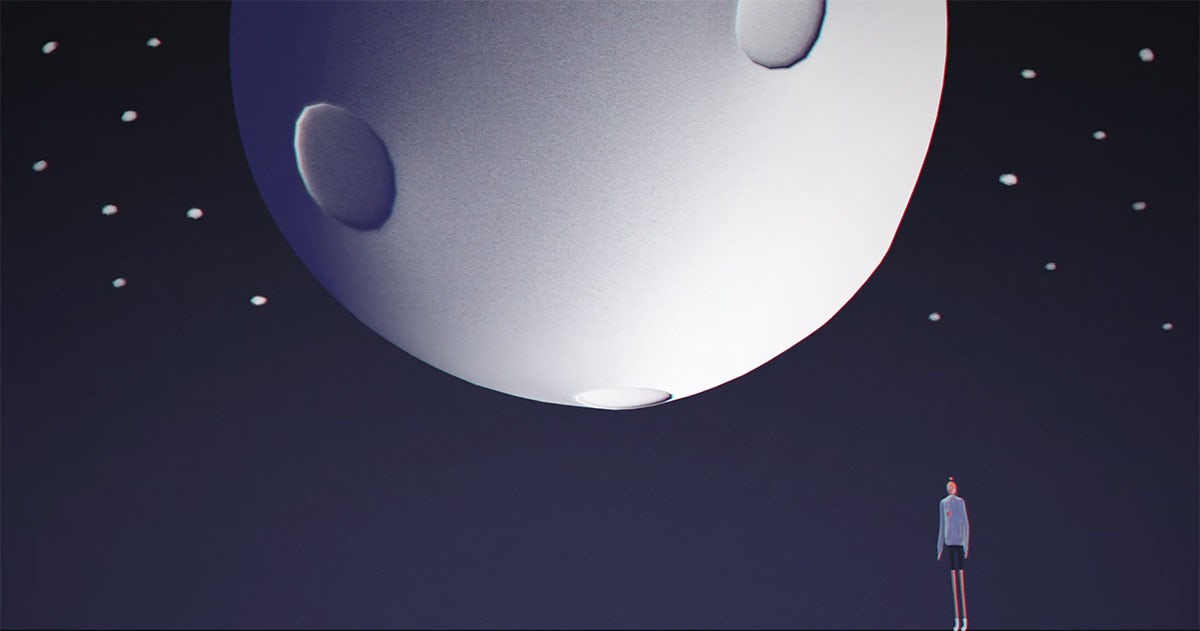 Dvir was keen to create a protagonist that people would like or at least engage with enough to watch the whole short, so she built the character’s entire background story before working on the animation itself. “You wouldn’t necessarily see it in the film, but it exists, and it helped me to get to know her and anticipate her decisions better,” explains Dvir. “I did that with the other characters too. I also gave the protagonist a beauty spot on her face that she taps when she’s stressed. It’s a distinctive feature, and since all the other characters are a part of her, I drew it on them too. Even the soldier-fish has one. The moon doesn’t have the same spot, but she does have the same gap between her front teeth that my mother has.”

One of the biggest challenges Dvir faced was the UK’s first lockdown and having to create the majority of the animation working from home. “I think it definitely had an impact on the end result, maybe for the best,” says Dvir. “Back in March, when everything began to shut down, my voice actress Amy Toledano had to leave for Australia before we were able to record and I wasn’t sure I would have any dialogue in my film for a while. Luckily she had some recording equipment over there!” 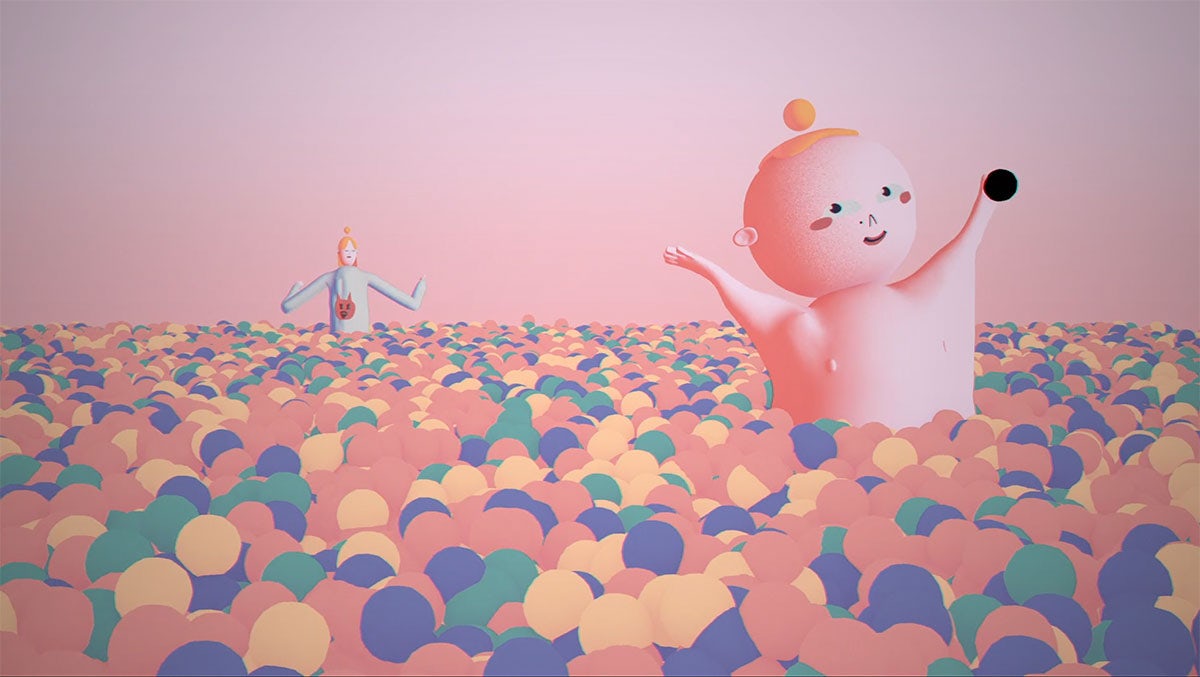 Another worry for Dvir was ensuring the audience maintained an emotional connection to both the story and the characters she created. To overcome this she focused on small nuances and details such as the way a character moves, a facial expression, the way the camera moves. “It’s also why I decided to add dialogue to my film,” she says. “To cast the right voice you really have to understand who your character is. The lip-syncing process was a lot of work, but eventually giving my character a voice gave her life.”

Dvir plays with our sense of self and purpose in Mercury’s Retrograde, and for that reason she hopes the audience will be able to relate to the animation in some way. “The whole point of using collective archetypes was to try and make a film that speaks to as many people as possible,” she says. “Maybe even raise some questions or self reflection.”