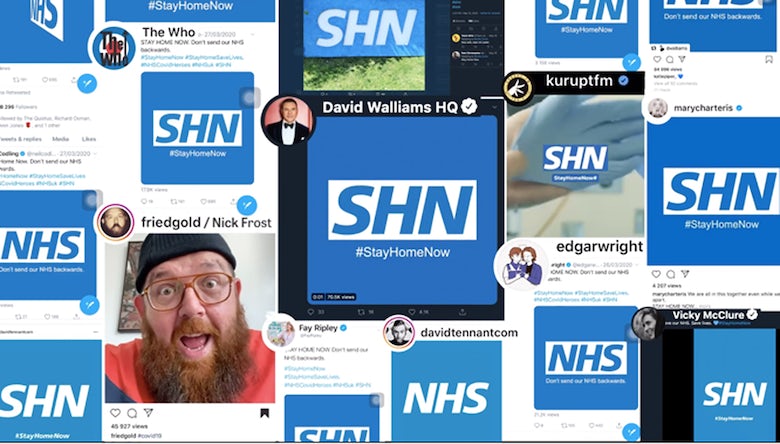 At the start of the first UK lockdown during the coronavirus pandemic, in March 2020, NHS medical professionals were urgently requesting that the public stay at home to protect the NHS from being overwhelmed. In order to help get the message out, St Luke’s Communications created this powerful image to share on social media, which reversed the National Health Service initials to stand for Stay Home Now.

The image was shared widely across social media, alongside the hashtag #StayHomeNow, helping the vitally important message reach the public.

Assets from the campaign, which were shared on a website, were then used to take the message beyond social into the real world, where it appeared on donated billboard sites. The campaign then continued as a film, featuring stars such as Ralph Fiennes and Orlando Bloom alongside healthcare workers singing a version of We’ll Meet Again, which reached millions more viewers.