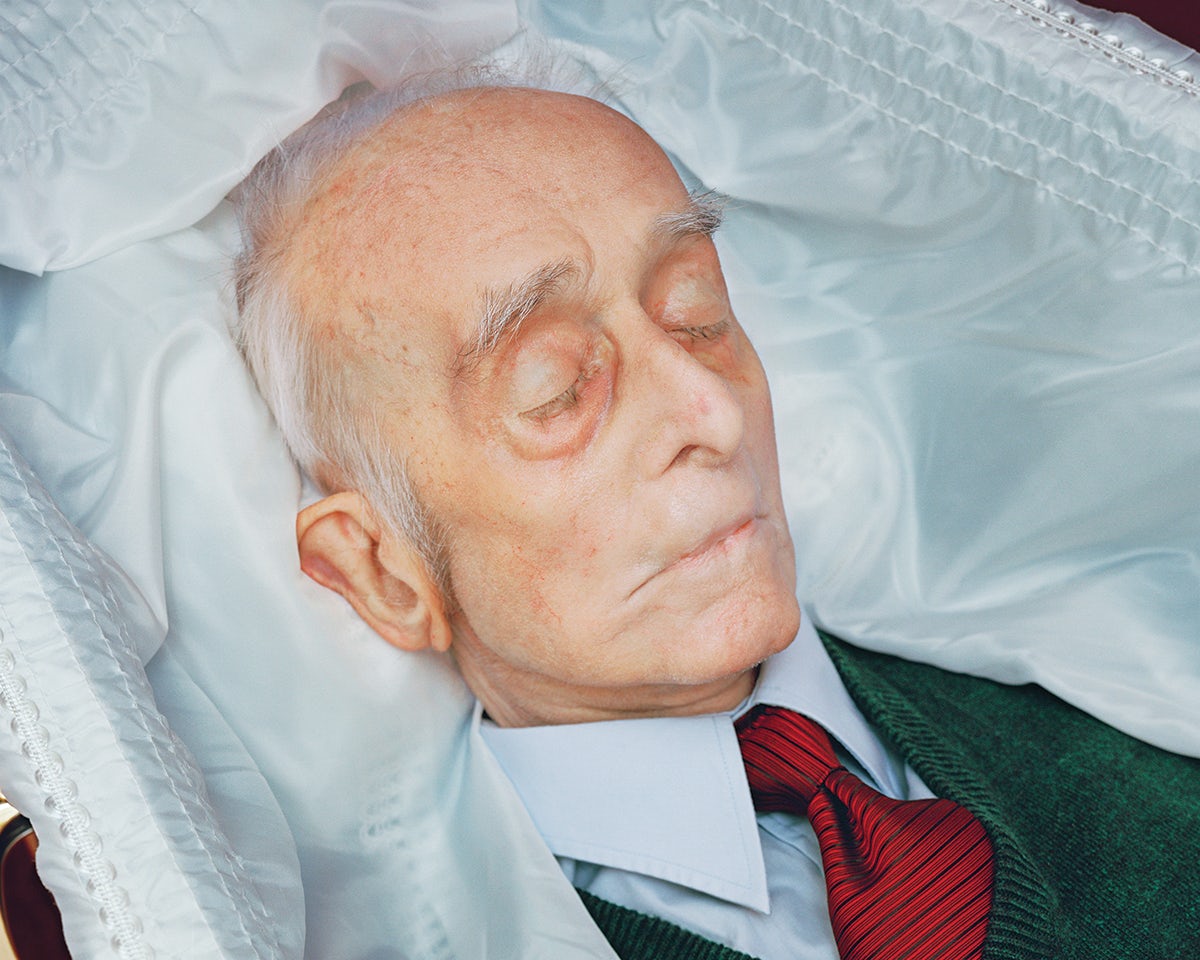 In the series Geoffrey Valentine, David Stewart presents a set of portraits of his dead father lying in a coffin in a chapel of rest. The portraits intend to accurately reflect what Stewart saw, so he incorporated no lighting or staging to manipulate the imagery other than what was already set up by the funeral parlour. Stewart’s almost clinical documentation of an extremely personal moment offers an unusual insight into a scene that is commonly hidden from the public gaze.

The series of photographs was featured in a book by Browns Editions, launched at the opening of an exhibition of the work at Wren London gallery in early 2020. 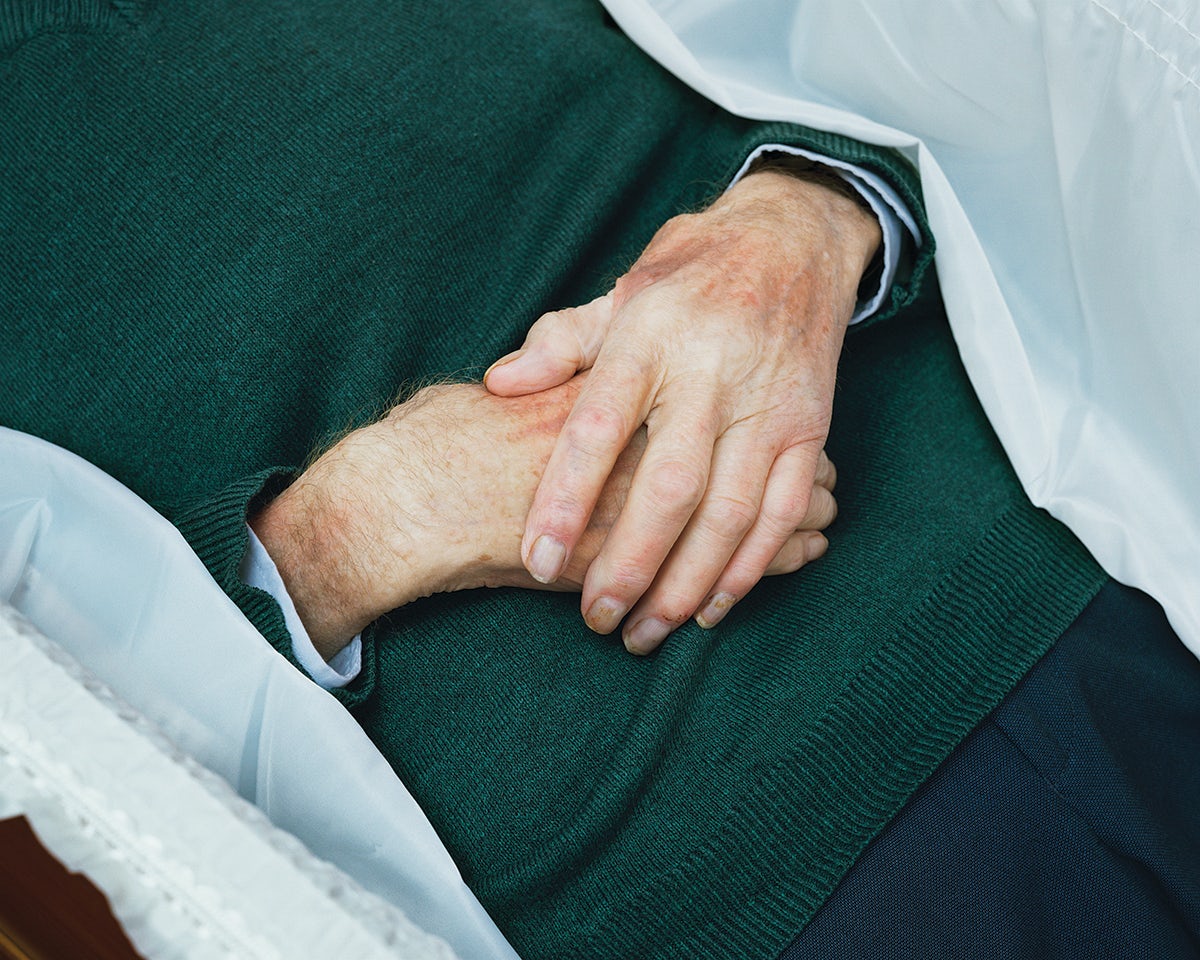 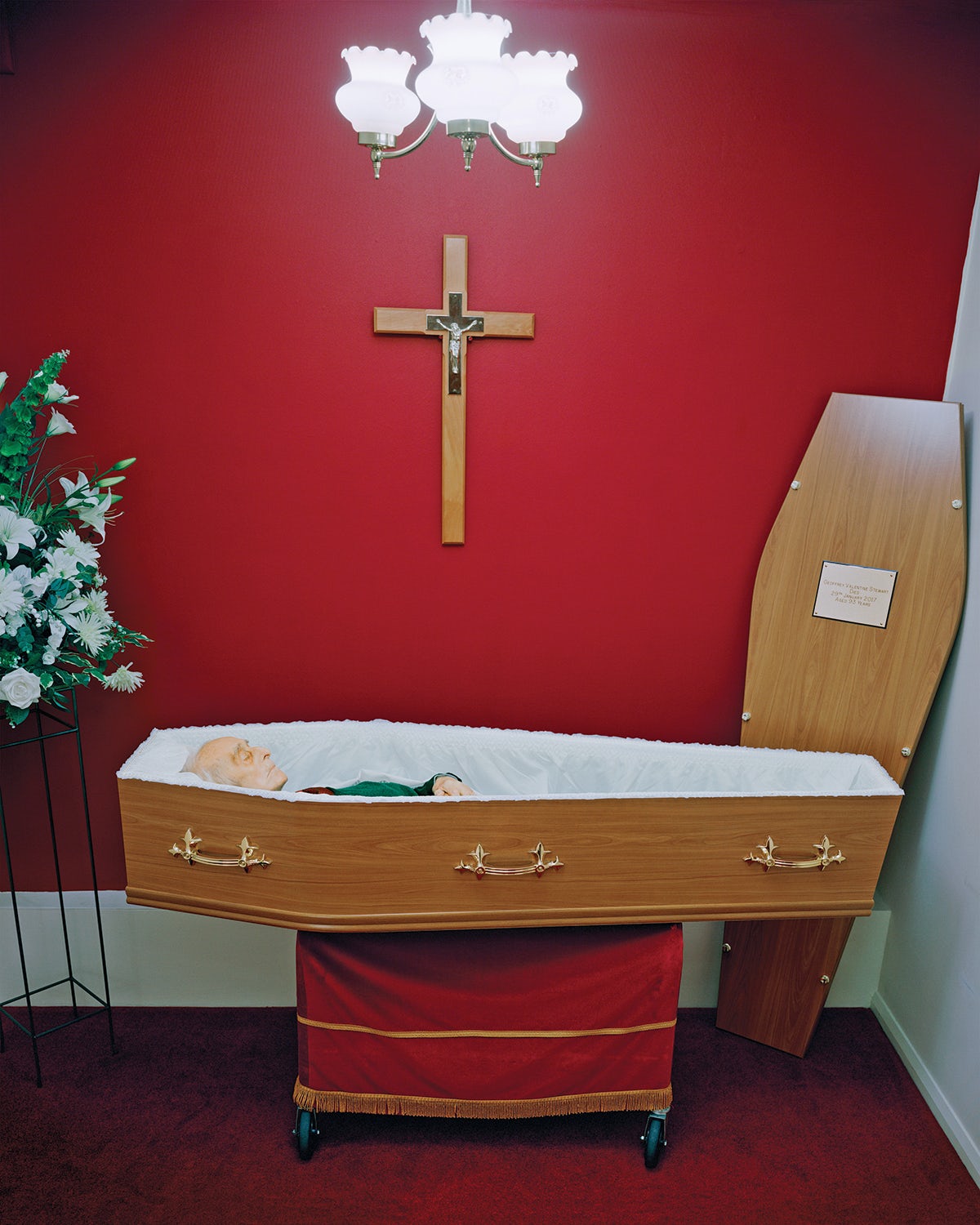